In the context of the COVID-19 pandemic and the national lockdown regulations, The National Arts Festival took place entirely online this year. The festival put out a call for new work and work that could be translated through the digital, encouraging a more intimate relationship with various art forms and technology. Producer Faye Kabali-Kagwa took this as an opportunity to expand what could be considered a performance platform and conceptualised the framework for the The Shopping Dead – an experiment with WhatsApp as a theatrical stage. Putting the team together for this project was instinctual for Faye, pooling the talent and experience of Ncumisa Ndimeni (writer), Lesego Chauke (director), Tshegofatso Mabutla (coordinator and marketing), along with performers Tankiso Mamabolo, Chris Djuma, Kiroshan Naidoo and Kathleen Stephens.

The story is a satirical political commentary that examines the COVID-19 pandemic and the power relations that exist between the global North, China, and Africa told using the zombie trope. The play follows the day in the life of four Mega Mart employees, and as it unfolds the audience becomes privy to a larger context, including finding out that workers at other chains have been on strike. The audience also finds out that the employees have an app that they use daily where they record answers about their interactions with customers, their reactions and their overall satisfaction. The major turning point in the narrative occurs when an American customer enters the shop, requesting other customers to move to accommodate their shopping needs. The American customer then removes their mask, has a seizure and is transformed into a zombie. As the Mega Mart employees try to survive and do damage control they discover that upper management has ghosted, entrances have been sealed and that the corporation has no intention of meeting their wage demands. One final twist in the storyline exposes and solidifies managements view of the employees as disposable. The play draws out the insecurities and  speculations circulated and amplified during the pandemic, while delicately addressing concerns and sensitive material.

In thinking about how COVID-19 has affected the theatre industry, Faye noted how Instagram Live, Facebook Live, Zoom and other streaming options became alternatives for physical stages. However, she was drawn to WhatsApp as a platform for its accessibility and minimal use of data required to engage. It is also a platform that has been used by government to disseminate information on the virus and prevention information aids. It has also been a platform for organising initiatives such as the Cape Town CAN Networks and the C19 People’s Coalition. It also becomes a space where messages are circulated during times of crisis.

I started thinking that WhatsApp could go beyond just information sharing and be used as an effective form of storytelling. People sending screenshots of funny conversations that they have had, have become staples in the way that we interact online. I have also seen more and more TV series, and movies incorporate text messages into their storytelling. That was one thing that I enjoyed about South Africa’s Netflix series Blood & Water. There was a clear decision to integrate social media into the world of the characters which is important in a world where so much of our communication is text-based. I am also reminded of how the use of text bubbles added such texture to the subconscious of Miles Morales in the Spiderman: Into the Spiderverse animated film. Following that logic, I thought that there was an entire world of storytelling that could open on our cell phone screen, Faye expresses.

The story unfolds within a WhatsApp group, allowing the team to manage who has access to the performance and the ability to mute the audience to ensure that the performers are able to present the work. Texts, images, videos, GIFs and emojis popped up on screen, putting forward layers of meaning and visuality that pushes the idea of a theatrical performance.

We really want to give the audience the experience of watching the story happen in real time. One of the things that we have been trying to figure out is when to use live voice notes and when do we use pre-recorded ones. Recording live voice notes sometimes break the flow of the piece, but pre-recorded audio files are immediately noticeable. We’ve been working on these small things that allow the story to feel authentic while allowing the audience to be immersed within the world too, Faye expresses.

The Shopping Dead, is an example of how integral the arts is, not only for entertainment but also for thinking through moments of crisis. Works such as these allow us to connect through seeing our lived experiences reflected back to us, as well as allow us to see how our thoughts, words and actions are expressions of larger conversations about access, rights, power relations, dignity and accountability.

This is definitely not the end of The Shopping Dead, or me playing around on the WhatsApp platform. We are currently putting in proposals to develop The Shopping Dead further and will hopefully be doing an independent run of the production very soon, Faye states. Keep an eye out for these development later in the year. 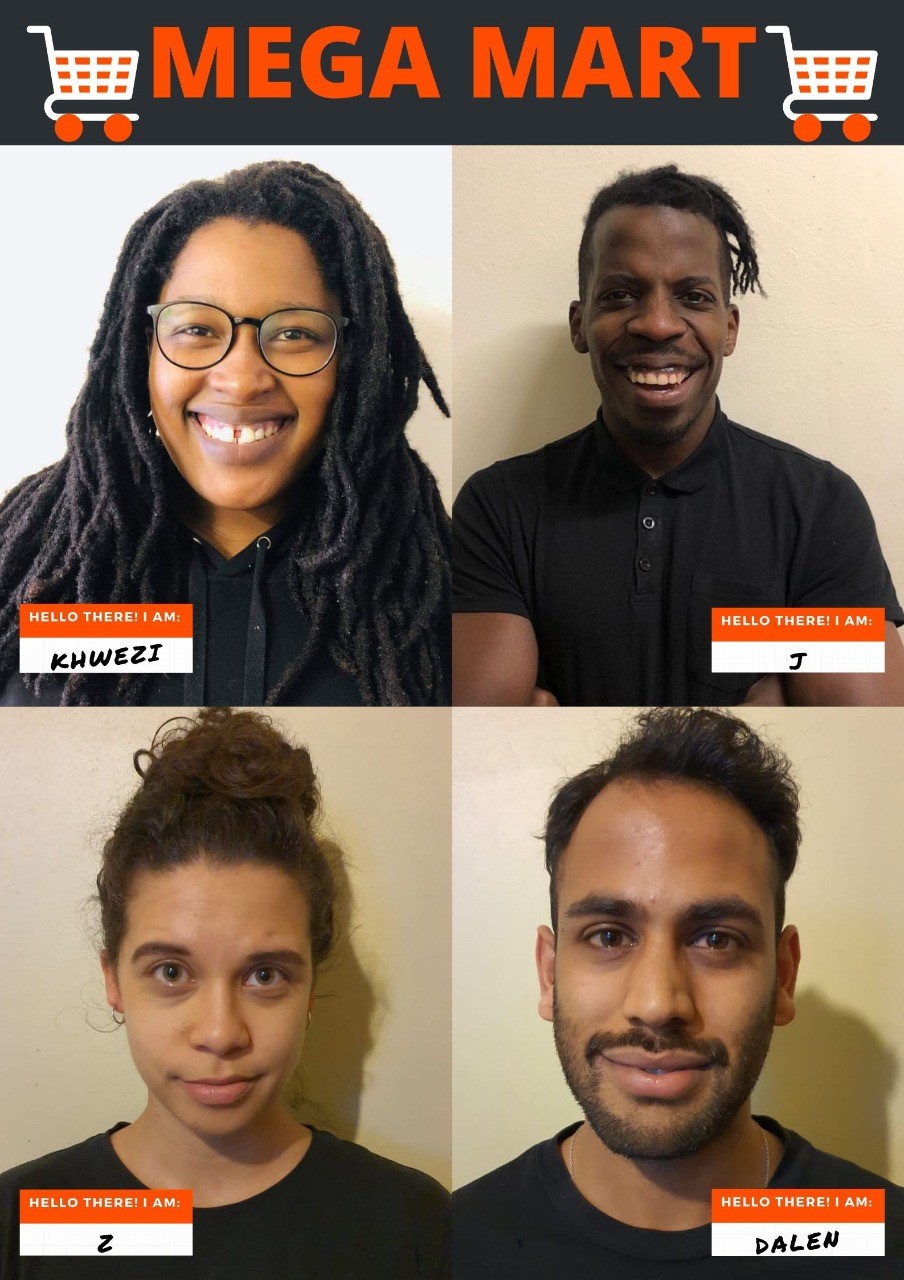