ZION the film // A celebration of spirituality and religion - Bubblegum Club

Probably since the beginning of civilisation and definitely as early as I can remember, the question of who or what God is, where to seek God, and if there is even a God, has plagued my perilous human existence.

The question of who, what, where and if, has been so impossible to definitively answer and so unnerving in its unending loom over centuries of society; it further begs the question, if there is a God who created life out of love, why would he remain hidden, only revealing himself to a select few and leaving the rest in confusion, locked in “false” spiritualities and doomed to a life without any near encounter of their presence — leaving us to live and fight in confusion led battles?

Similarly and then conversely, Zion — the film — questions the existence of a God in a world split into innumerable religions and spiritual beliefs, where most appear well intentioned and seem to contain undeniable truths, or indisputable spiritual theories.

Directed by Soweto-born Sanaa Mothabisa — a person captivated by the ways images evoke emotions and tell stories — Zion follows the film’s protagonist, uNomusa Dingane, as she begins to question the existence of God after her mother’s passing.

Through the indescribable pain that comes with grief, she embarks on a spiritual quest to seek and rediscover God. Zion proposes an expansive definition and application of spirituality as, but not limited to, notions of philosophy, religion, belief systems, ritual practices, kinship, and community.

Through this understanding, the question of whether or not there is a single representation of God to be found in a corresponding religion becomes less relevant. 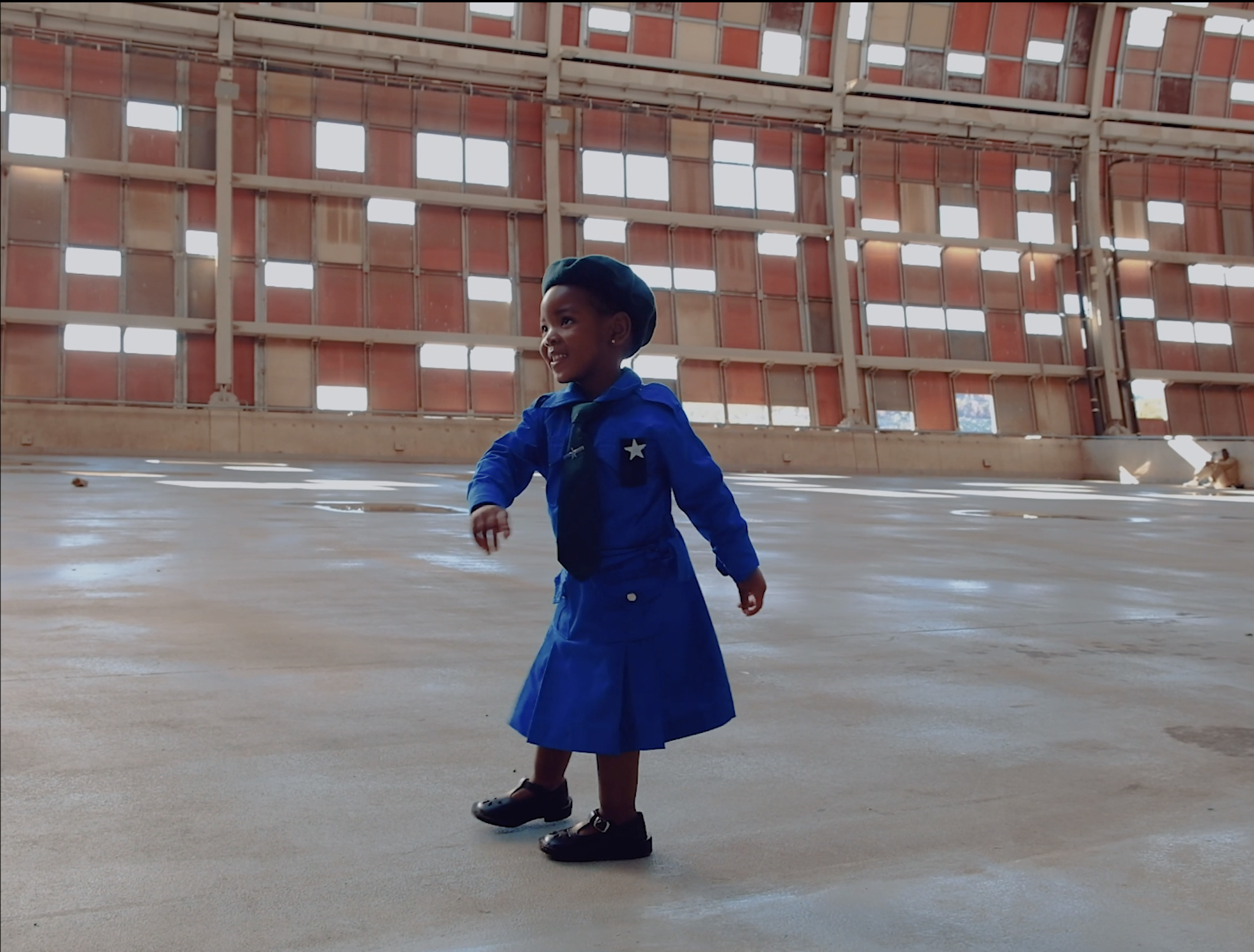 However, through Zion, we are led to contemplate the possibility of finding God in many ways and places, just as people are found in different contexts and spaces. On the film’s multiplicitous answer to God and religion, curator and writer Tseleng Tshabalala says:

This film is divinely inscribed with accretive textures and visual aids where religion is a key constituent reinforcing these spiritual networks of relationships through its dynamic corporate structures and communal rituals and sacrifices, archetypes, anthologies and anecdotes.

It employs the term “spirituality” as a multivalent term that includes, but is not limited to, notions of philosophy, religion, belief systems, ritual practices, kinship, and community but a formation representative of a clustering of identities under globalised world wherein new modernities are explored. The application of the term creates a spiritual inquiry across distinct cultures and peoples; a testimony of the living ancestor.

Drawing from his experience and skill as a photographer — where a single image can act as a full expression of a place, emotion and context — Mothabisa’s filmic style is as cinematic as it is detailed. Combined with his obsession with authentic storytelling, Zion is set to be a balance of a real contextualised story melted together with a broad, expansive image of the context to which film was birthed. Audiences can expect Zion to be a visually engulfing encounter.

In Mathobisa’s own words, “All I have in life is my Imagination”.

True to this statement, Mothabisa has himself provoked my imagination of the who, what, where, and ifs surrounding God. I wonder, how much further can Zion take my mind?

The film premiers as a two day show from the 1st to the 2nd of December. The first night, entitled The Genesis, will feature a screening of the film, along with a process documentary’ about Zion the short film, and a visual art performance.

The following night, entitled The Last Supper, will take place on the 2nd of December with a recap of the film and conversations with the artists about the making and details of Zion. This sequel day will act as an intimate Q&A session for the artist and the audience to engage meaningfully with the film and its creators.

The screening and exhibition will be held at the Mangrove in Johannesburg, where the venue hosts will prepare six plates that represent the religions highlighted in the film for guests feasting pleasure.

Get your ticket here!