Do we need a Sex and the City reboot?  - Bubblegum Club

A 10-episode revival of series Sex and the City is headed to streaming platform HBO, titled And Just Like That. The reboot is set to include members of the original cast. With little to no information available regarding the plot of the reboot, we find ourselves in the perfect time to question our expectations of the show and should begin by asking the ultimate question: do we really need a reboot? Will a re-imagining of Carrie Bradshaw’s reality reflect our current focus on racial politics and diverse on-screen representation or will we once again be fed a stylised version of New York City exempt from any critical thinking and reflections of a true metropolitan experience? 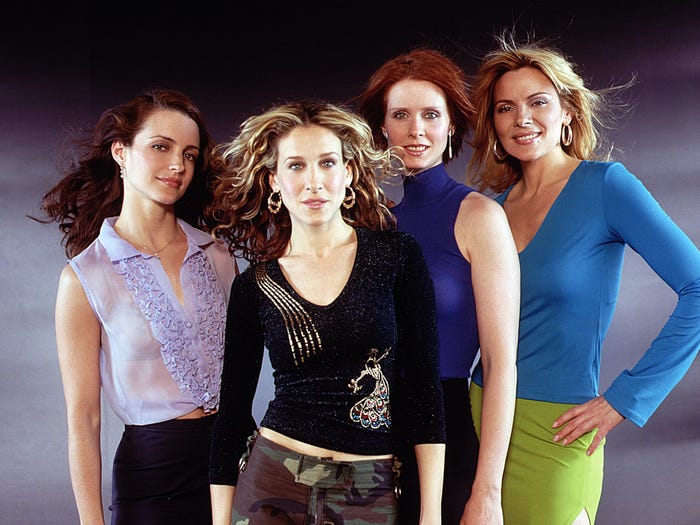 To be honest, Sex and the City aged like milk with many realising how many micro-aggressions the show attempted to hide through witty remarks and passing racist or homophobic attitudes as jokes. Sarah Jessica Parker, who played Carrie, knows that despite Sex and the City’s reputation as a cult classic, the show failed when it comes to representation “You couldn’t make [the show] today because of the lack of diversity on screen,” she said in a 2018 interview. “I personally think it would feel bizarre.” The characters casual racism is never brought up in the show’s entirety; Carrie should sigh with relief at that as she couldn’t even pull the “I have Black friends” card — since the show presented not one memorable Black friend — to prove she wasn’t racist. It was not until the first Sex and the City film (2008) that there was a Black character, Louise, who had multiple encounters with Carrie. Louise played Carrie’s assistant in the first film and was framed in a way that reminded us of Carrie’s believed superiority over Louise. The relationship between the two was the first moment for us to see Carrie use her place of privilege to help someone who, as the movie constantly reminded us, was afforded less privilege. Instead of actually helping her, the movie flatlines at the end of their relationship with Louise not progressing from the well connected author’s side, equipped with more opportunities or networking skills, but rather a handbag. This type of capitalistic focused “girlboss” feminism where a designer handbag is prioritised over building a community of knowledge sharing is exactly why we do not need to see another 10 episodes of the same stale writing.

I must confess to never watching the series in its entirety, as its first season aired before I was born, but as a curious teen I remember watching the two films which followed the friend group and questioning how the show had received so much praise. When I think of Sex and The City I can’t help but think of four privileged women unironically grappling with the ideas of white feminism through a western lens. Especially, thinking about the unfortunate creation of Sex and the City 2 (2010) which served as a reflection of how outdated and tone-deaf the groups outlook on life was. The film was the groups first filmed experience outside of their stylised version of New York and I, personally, think they should never be allowed to leave that version again as when they did they embarked on a girls trip to Abu Dhabi, they advertised just how committed they were to being one minded with regards to the ideals of feminism and outlooks on life.

The film, from its onset never allows the four women to interact with any Muslim woman on any intelligent sisterly level. Towards the end of the film, which takes place in a Hollywood version of a Souk to enforce an Oriental feeling, Samantha drops her handbag spilling out condoms and is aggressively condemned by Arab men who surround her shouting “Haraam!” —meaning forbidden in Arabic— while Samantha yells back, “This is for sex.” Thus, asserting the belief that the West is more progressive than the backwards ‘Orient’ in which sex is taboo—apparently New York is the only city in which there is sex. Samantha also comments that “it is like [Muslim femmes] don’t want to have a voice”, while observing a veiled femme eating beneath her veil. This made me feel uneasy as a Muslim femme, as here we see a character —who is idolised as forward thinking and sex-positive— perpetuating beliefs which construct ideas of western, and thus white, superiority. A pivotal scene in Sex and the City 2 takes place when the four main characters are saved from angry Arab men by niqab wearing Muslim femmes. The Muslim femmes lead the main characters into a private room within the souk in which they unveil themselves revealing the latest designer spring collection. This moment of ‘sisterhood’ attempts to unveil Muslim women with the intention of showing that the veil does not limit them but is done in a way which forces them into a western ideal of feminism. The characters are excited that the Muslim women are falling into their ideal of womanhood by reading the same book as them and wearing the same clothes beneath their cloaks. There seems to be no understanding that this is a misrepresentation of womanhood in the Middle East by equating it to western ideals of womanhood, presenting capitalist and shallow ideals which have little to do with feminism. However, we shouldn’t be surprised that this would happen as the show was so clearly set in the paradigms of white feminism. Being created in 2010 you would hope that these femmes at least had a better understanding of the world as it was/is now, not the whitewashed reality created when the show’s first season was premiered in 1998. 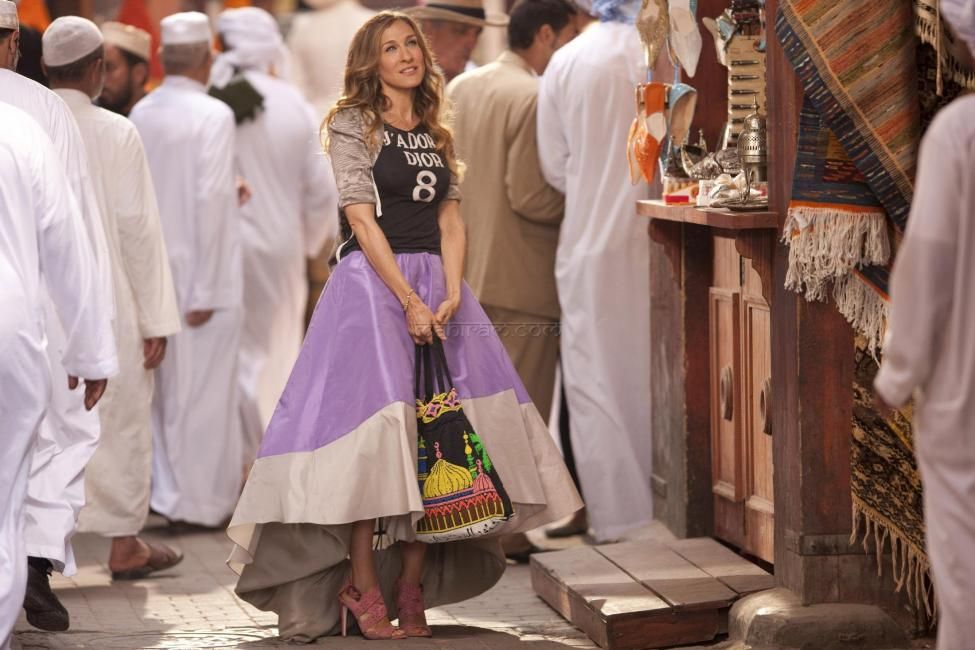 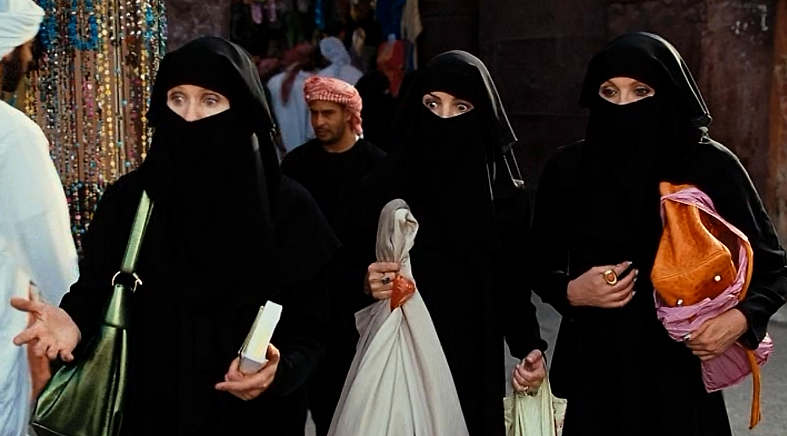 While the end of the world seems to be looming, very few people are still interested in the superficial scripted conundrums of the rich, with the few interested rather opting to watch reality TV shows. But with the recent cancellation of arguably the most watched reality show Keeping Up With The Kardashians it seems that even unironic reality TV representations of the rich are becoming tired. My concern is that the reboot will once again re-present the issues of our last encounter with the friend group. With so many new TV shows creating nuanced on-screen realities, I do not see why we have to create reboots of shows that we know will not hold their weight in 2021. These shows were a testament to the time they were created in and should remain that way. What made Sex and the City successful in its time was the fact that it was created in an era where it was acceptable to not have a clear position in political and social discourse. It was acceptable to pretend that politics did not influence the everyday lives of the characters and the consumers. We didn’t question the privilege these characters had because TV was not yet hyper critical of the nuances of fictional characters’ reality. Whether efforts are made to reconcile wrongs by reincorporating Black and Muslim femmes back into the show is besides the point; society has moved past the need for screen time for Carrie and the girlbosses of the world.

Women: in leads, in grief and in shadows