In Sesotho we say; “Lefu le holo ke ditsheho” —even in death or tragedy, we continue to laugh. This is counterintuitive if we view laughter as a sign of pleasure. Although it is true that we laugh when we are happy or amused, we also laugh when we are nervous, when we are scared, confused or when we want to stop ourselves from crying. Laughter is palliative and can function as a form of medicine.

Over the past few weeks, it has been interesting to sit and observe our reaction to the Covid-19 crisis, particularly on social media. Moving from shock to confusion, denial, anger, bargaining all the while held together by a strong culture of memes. If an alien were to visit us and rummage through our digital footprint; they might find that ours is a culture easily quantified by images, videos and short texts copied and spread rapidly by internet users. Our political, personal and socio-economic preoccupations are easily and swiftly scannable through memes. Speaking at the 2019 Dayton Tedx conference, engineer Sid Thatham explains how “memes provide us a way to express ourselves without the fear of being judged”, he elaborates:

Through the simple act of sharing memes, the connection can displace loneliness, and provide a moment of laughter to someone who may be in a dark place. He speaks of how memes became a true source of pleasure during his difficult time as a graduate student working two jobs. Although memes have transcended cultural boundaries and have become a vehicle for human connection, they still cannot replace how we solve problems. 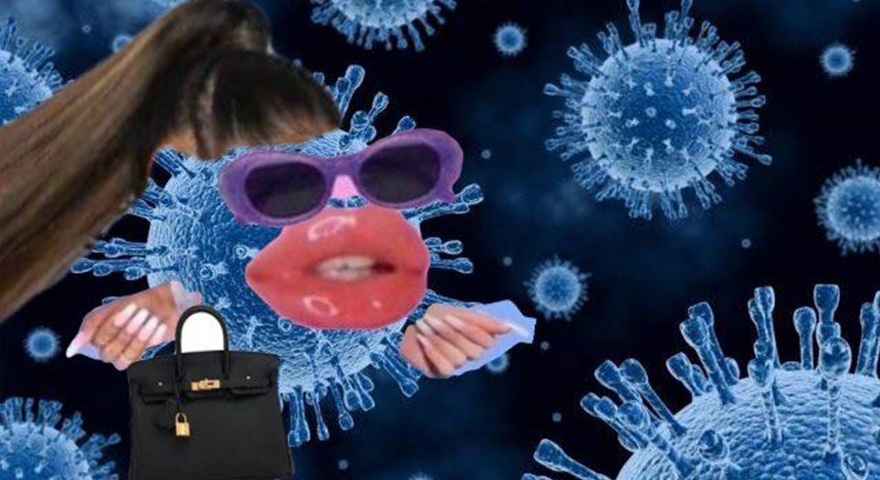 In a recent article on Times Live, published March 16th, professor of Media Studies and director of the Centre for Film and Media Studies at the University of Cape Town Herman Wasserman asks; Coronavirus is deadly. So why is SA cracking jokes about it? He rebukes; Almost immediately after the first case of Covid-19 was confirmed in South Africa, the jokes started. From memes featuring prominent politicians to bad puns, from TikTok video clips to pictures of people posing with silly home-made protective gear, South Africans took to Twitter, WhatsApp and Facebook to make fun of the virus. Although much of what Wasserman points out is valid, I also think it is misleading to paint this type of reaction a specific locale. He points out; “in a country like SA with its multitude of serious challenges, media users often take to jokes rather than despair when presented with a new problem.” This type of reaction is not in any way more pronounced or profound in South Africa compared to the rest of the world. In fact meme culture originated in countries with high internet usage and strong usage forums such as reddit, growing in concept since the mid-1990s. 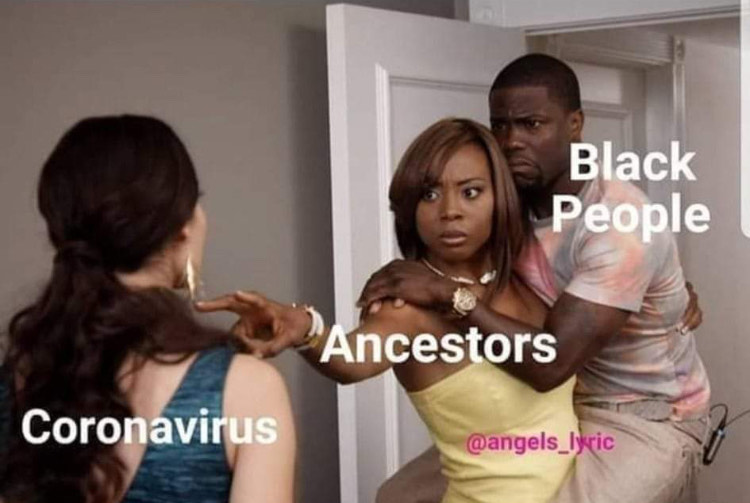 He states further; These practices illustrate how the conviviality of African societies also influences their media use. Similarly, joking about the coronavirus may be a way for people to say ‘it is all very absurd, but we’re in this together’. Although I agree with some of the sentiments in the article, I think it can quickly become problematic when we choose to pathologize behaviour. These comments might read as further entrenching biased and unfounded attitudes of the smiling African or the happy fool. I take particular issue with how Wasserman reads this situation narrowly which in turn flattens the possibility of more complex articulations of the various impulses and logics behind memes, particularly when he justifies his views with sentences like; “Research in Africa shows very high levels of exposure to misinformation.” What “research” exactly? by who? where in Africa?  These questions, he does not address.

“In some of the jokes about the coronavirus it’s clear that South Africans are laughing —perhaps nervously — at the government’s promises that it has everything under control.

The news that the first confirmed patient returned to South Africa from a ski holiday unleashed jokes about the racial profile of the disease. Joking about rich jet-setters becoming infected or making fun of African remedies and responses, may be a way to take the sting out of racial inequality and economic hierarchies.”

Although memes can be frowned upon and seen as “in bad taste”, or potentially insensitive —for a lot of people — they hold great power in their capacity to feel deeply understood. Alienation and frustration can be relieved by seeing a meme that captures our thoughts and emotions precisely. Of course, not all memes circulated are created equal and thus their effect in the world is not the same; while some memes help us get through difficult times, others are simply insensitive, ignorant and potentially harmful. And perhaps our role is to be sensitive enough to know which is which while at the same time halting our impulse to theorise or pathologize.