I remember watching gossip girl in high school and having conversations with my friends theorising over who gossip girl could be, crushing over Nate Archibald and envying the lives of Manhattan’s elite. So, when a reboot was announced sometime last year, I once again began to think about if remaking a show such as Gossip Girl was worthwhile? Reboots are something I have written about in the past where I discussed whether or not a Sex and the City reboot was “needed”. In that particular discussion, I reflected on whether watching the rebooted lives of privileged white women navigating life in New York was really what we needed at what feels like the world’s end? And, here I ask that of the Gossip Girl reboot in a similar breath. Sex and the City was set in a time not that long ago from our current moment, however one still far removed from the shape of society today. It was set in a pre-BLM America before social media and the boom of the internet and the show also appealed to a much older audience than Gossip Girl. Last year, I rewatched the original Gossip Girl and it didn’t feel like it was entirely outdated — besides in terms of technology perhaps — the show still resonated with me as I’m sure it does with teenagers today. So, if the concern isn’t one of the original show’s context being outdated, then why the reboot. And alas the cast photos of the new Gossip Girl, seemed to hold if not all, then at least some of the answers; hello to the diversification of the original show’s all white cast. While efforts towards/performances of diversity have taken centre stage in the theatre of woke politics across the globe over the past couple of years, I think it’s also important to locate the things being “diversified” in the context of the world’s they exist in, both real and imagined. 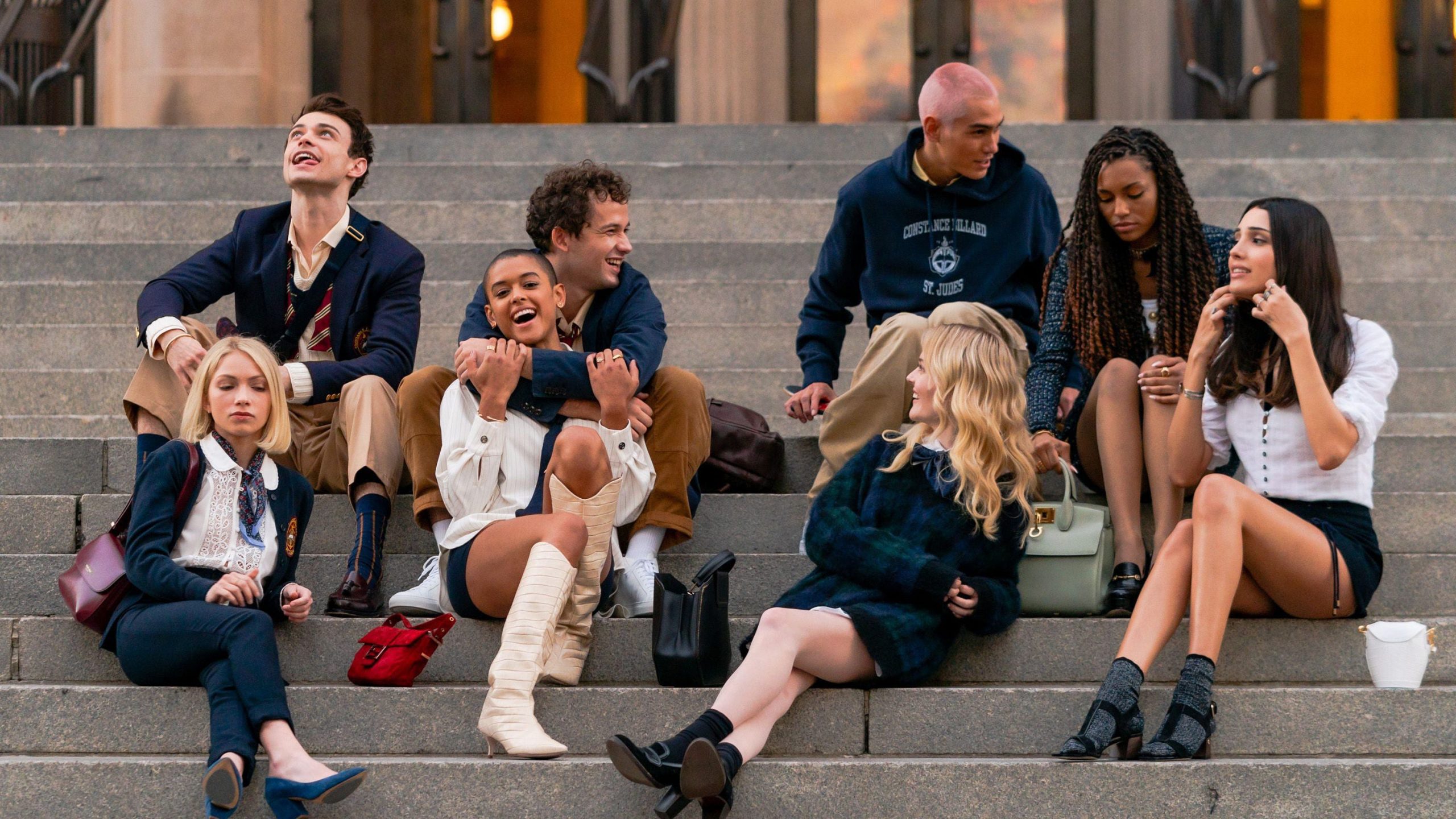 A major contributing factor towards Gossip Girl’s success is the fact that the show’s predominantly white cast could get away with the things that they got away with because of their whiteness, so therefore because of their privilege. While the diversity issue is now probably thought of as solved by the show’s creators with many lead characters in the reboot being Black people or people of colour, I think that a lot of what made these characters who they are and their fictional lives believable also had everything to do with race. Chuck Bass, for example, can be seen as the epitome of white male privilege. In the original Gossip Girl because of his vast amounts of generational wealth and the subsequent power it gave him, Chuck had a clear sense of entitlement, in general, but one that took on predatory undertones when it came to femme bodies — all wrapped up in a “money solves every problem” attitude. Let’s not forget about the show’s romanticisation of Chuck’s relationship with Blair which was the dictionary definition of toxic and how the show cemented — when Chuck sold Blair to his uncle for a hotel, amongst many other examples — the levels of his violent privilege and entitlement. Rebooting and reimagining Gossip Girl in a way that is reflective of progressive politics is going to take more than just littering the cast with a few Black faces in the lead. 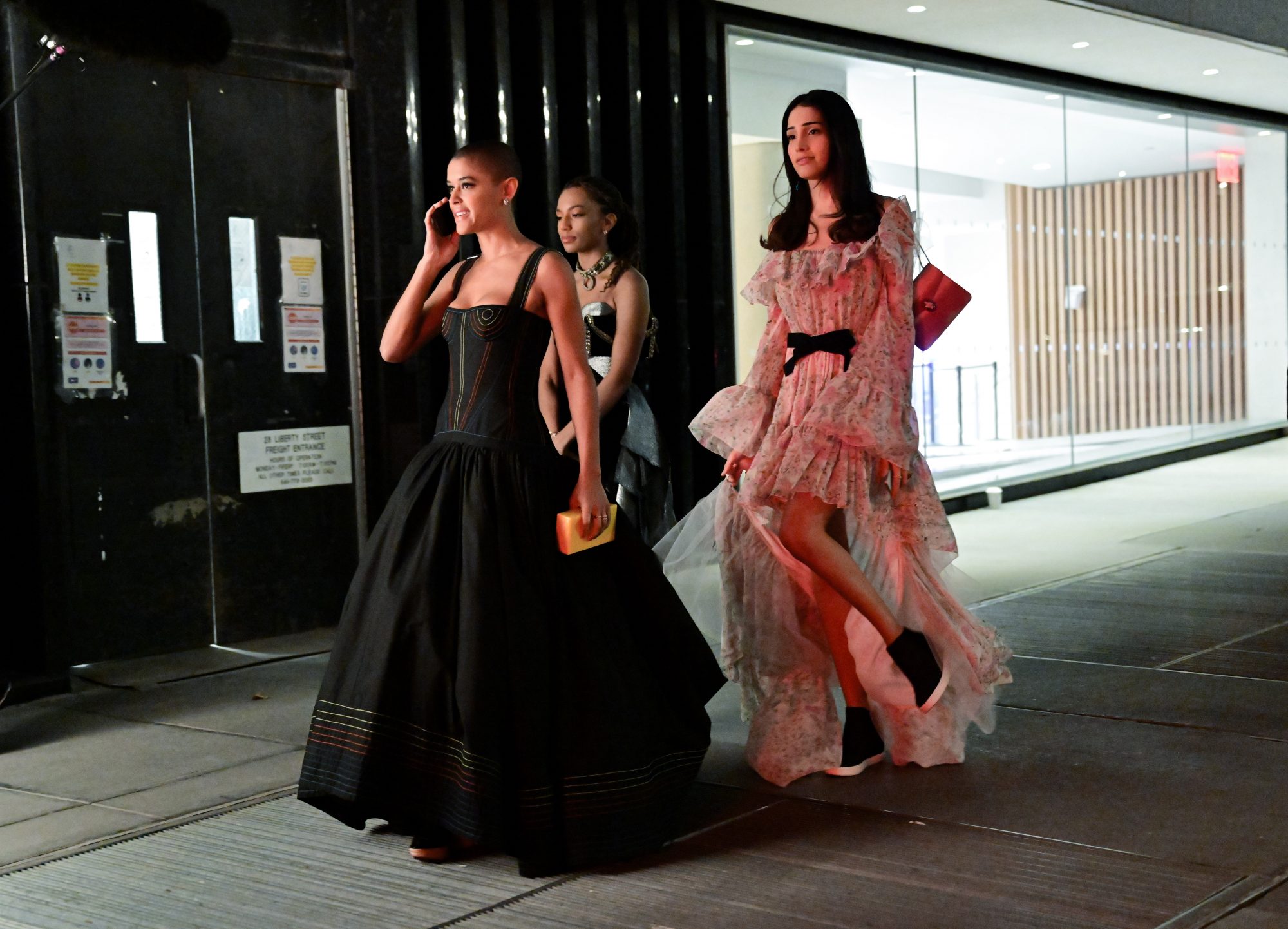 The issue of representation, especially on screen, is one that has largely been focused on and discussed in recent times, with many futile attempts by Hollywood and other filmic industries to diversify their casts. The truth of the matter is, increased inclusion of Black people and people of colour in film and TV, does not inherently remedy the real issues regarding the whitewashed onscreen imagined realities that in many ways mirror our IRL realities. Attempts at diversified representation solely through increased inclusion of Black people into these industries and imagined worlds is a neoliberal lie that neglects the fundamental problem with the politics of representation and the racism entrenched into our creative industries. The issue of not seeing ourselves onscreen is a real problem, however, it is one that requires intersectional and structural solutions. As ZM from The White Pube explains — and to paraphrase — the issue with us, as diverse publics, seeking representation in the form of the diversification of onscreen casts, is attempting to seek a singular end goal which is a fundamentally liberal position. This end goal does not seek to change, disrupt or dismantle, but rather, preserve and force Black individuals into the current structures that exist, and that we recognise as broken, oppressive and exploitative. Thus allowing only a minority of a minority to succeed within these corrupt frameworks, instead of allowing change for all. 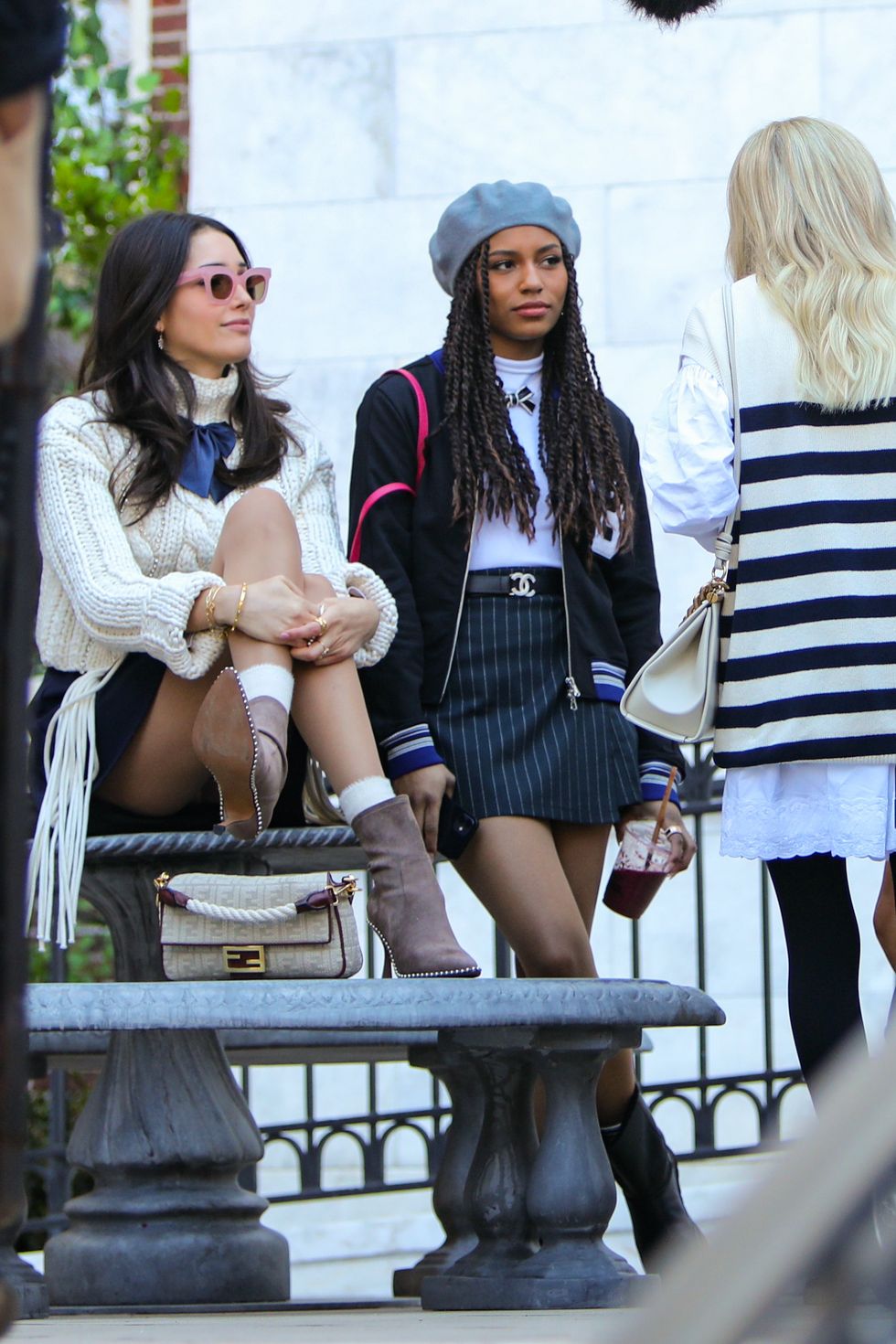 So when we think about the diversification of the Gossip Girl cast, we must ask ourselves will anything else really change for these characters besides their race? Will absorbing the previously excluded minorities into an Upper East Sider lifestyle ensure that the system itself is always championed — through the onscreen assimilation of Black characters and characters of colour into worlds structured by cultural values that created the very structures of their marginalisation? Assimilation will never allow for any sincere onscreen representation of Black characters, their lives, or for their storylines to drive change in the imagined world of Gossip Girl but also in the real world of film and TV industries. As ZM concludes:

In short; it believes in exceptionalism. The institution ensures its survival at all costs by absorbing the critique that hits it, bc it can point to a few success stories that have conformed to its requirements. This drive for representation within that system runs off of a politic of lack, and in that lack, it opens the door to neoliberal ideologies; of creating new markets to exploit and harvest for value. In our quest for representation and visibility through existing structures and channels, we will see ourselves consumed as a sellable commodity ourselves.

I find it hard to imagine the world of Gossip Girl being drastically changed merely by what could be a performance of woke politics, especially when thinking about how deeply entrenched in whiteness and its privileges the original show’s characters and their lives were. Representation in this reboot may just be a false promise. Representation in this way will never be the sum of all of our expectations and demands for inclusion. If the reboot is to play into the same plot that the original did, with the only difference being a diverse cast, I doubt that it will be as well received, or even well written. But we also live in a world where very little makes sense, so perhaps it will be successful due to its cast “diversity” alone. Maybe, just getting to watch Black kids and kids of colour living blissfully as trust fund babies without any economic struggles and finally benefitting from the systems that benefit the lives of the rich is enough?

The Gossip Girl reboot is set to air in July 2021. 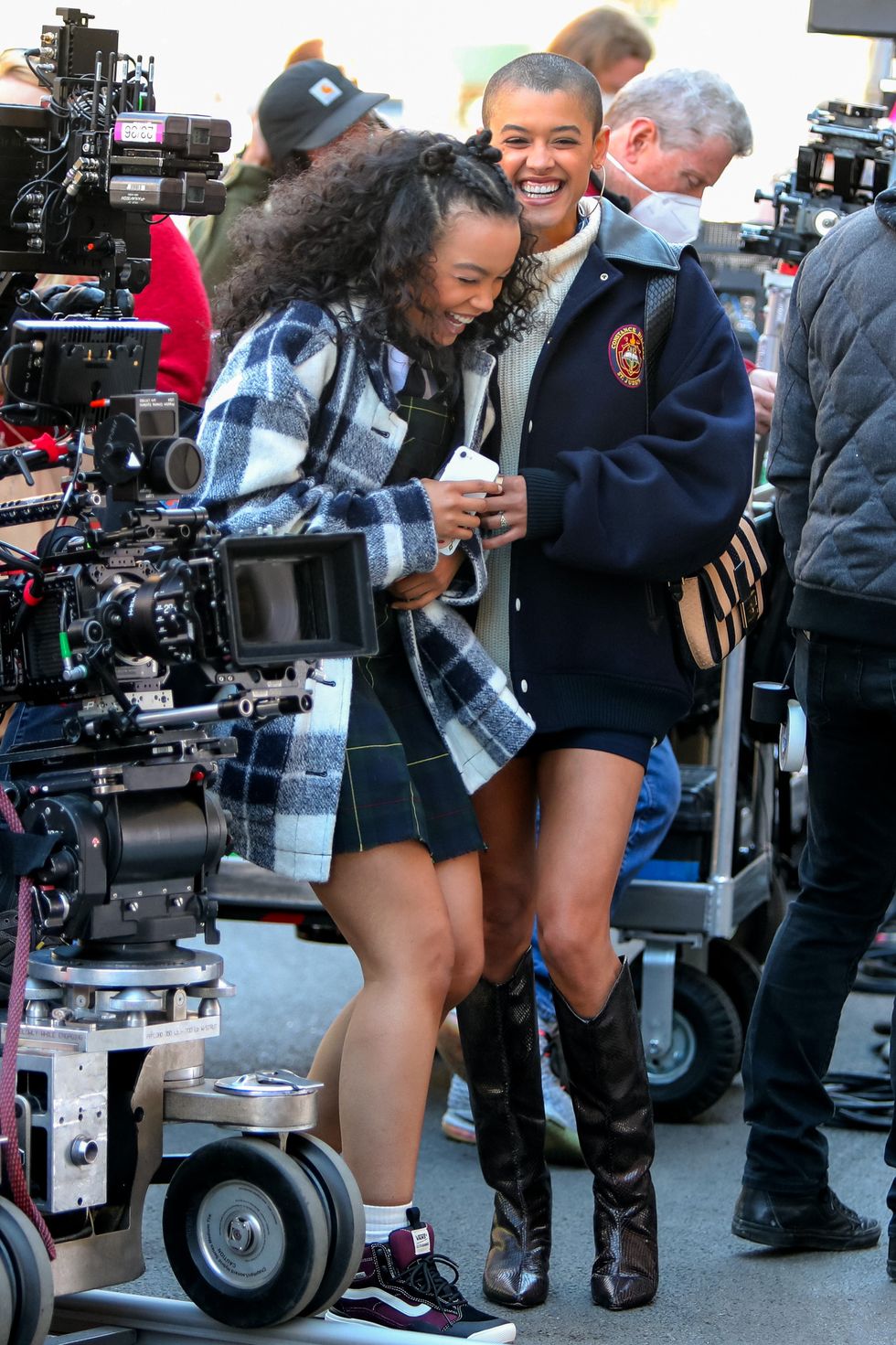 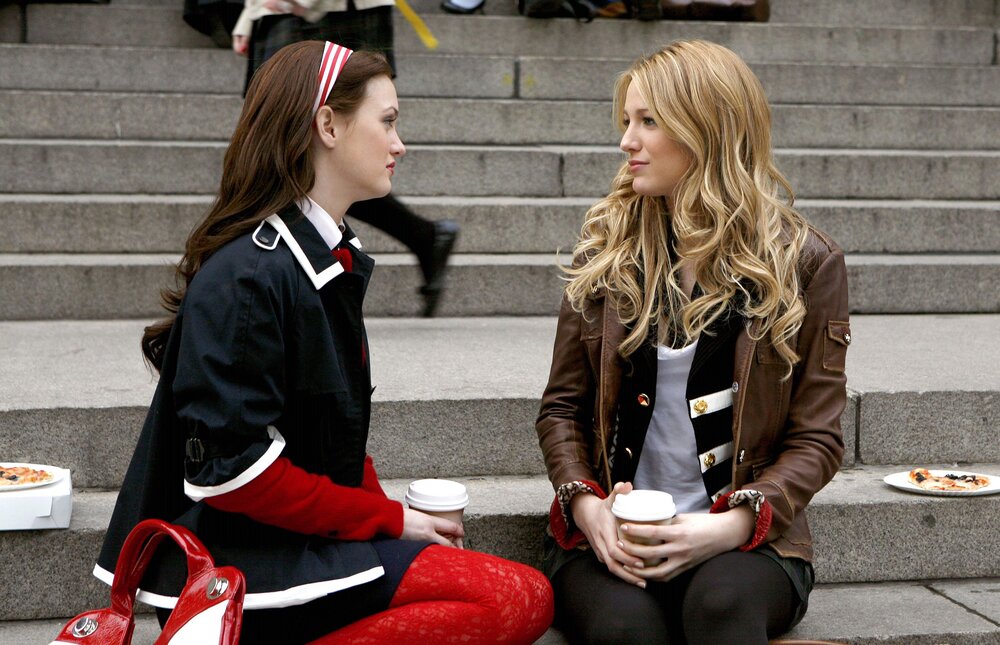