TikTok star Addison Rae has recently made her way into headlines due to her appearance on The Tonight Show with Jimmy Fallon. Rae appeared in a segment in which she performed TikTok dances that were created by other TikTok creators, most of whom are people of colour, without crediting them during the show. This lack of crediting or even mentioning that Rae did not create the popular dances herself, resulted in backlash causing Jimmy Fallon to invite the original creators to be virtually featured on the show. As much as I always try to believe the best when it comes to the actions of others, I also find it hard to believe that without the enormous amount of backlash The Tonight Show received, the Black creators would have been invited to be featured on the show. If it really was the Tonight Show’s intention to showcase TikTok dances and their effect in the social media space, then surely the original creators of those dances would have been invited to perform there the first time around.

One could think that as TikTok is a fairly new platform we as a digital public are beginning to tread on, a Tiktoker with a large following would be ideal for a TV show to interview. Following this logic, I can’t help but think that this is just another example of the clout economy thinking we have inherited — explained here — in which a larger social media following allows a creator to appear inherently better than other creators, although that’s often not the case. It’s a fact that crediting the right creators translates to massive opportunities for them. It can score you brand deals, collaboration opportunities, I mean it might even land you on the Tonight Show with Jimmy Fallon. While Addison Rae argued that “It’s kind of hard to credit during the show”, I personally do not find it that hard to add a pop up text at the bottom of the screen crediting the original creators. Do late night shows not do this all the time when they introduce a new celebrity they are interviewing? Understandably, part of the difficulty in crediting TikTok dancers is how TikTok itself is built as a platform. It is hard to determine who the original creator(s) of a trend is/are as TikTok feeds are not chronological, they have no time stamps and perhaps most imperatively, when trying to find the videos that fall into a trend the search is organised by popularity and not time. This exclusionary algorithmic system allows creators with more followers to dominate tags often leaving the original creator’s videos drowning in thousands of renditions of their dances. If someone with more followers than the original creator posts the video, then theirs will be the one to blow up instead of that of the original creator thus allowing bigger accounts to erase the work of smaller content creators.

This isn’t the first time TikTok’s usership has been questioned, just last year TikTok apologised to Black creators after they campaigned to be treated more fairly following accusations of censorship. Which is interesting because so much of the internet’s content is either influenced or created by Black creators. From twitter slang to TikTok dances and even new languaging  through memes, yet Black creators are less likely to be credited or enjoy the capital that comes from their imaginations. Not to mention that white creators are afforded many more opportunities than Black creators. Black TikTok creators criticised the platform as it failed to pay certain creators for creating content for the app and sometimes removed posts without explanation. Black creators have complained that despite having larger followings, the app appeared to prioritise showcasing white creators’ material in search results thus allowing those creators to receive more views. Since these concerns were voiced last year TikTok appears to have changed very little, if at all. The phenomenon of white creators using the work of Black creators — and profiting more from it — is probably a tale as old as dance itself. It’s been happening since the 90’s when Madonna exclaimed “strike a pose”. 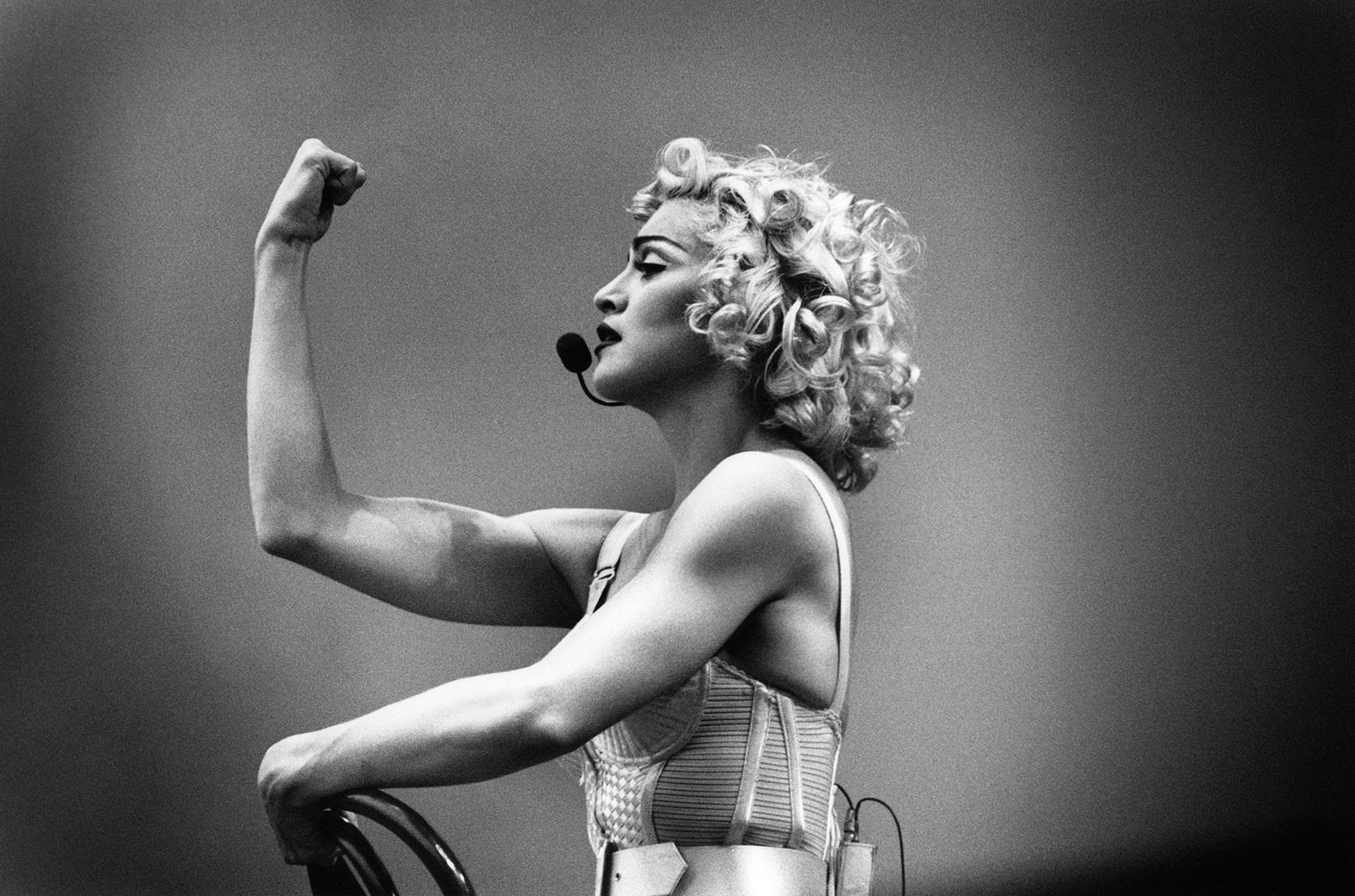 While Addison Rae might be the first example of how TikTok dances were stolen for clout, she’s definitely not the first example of a white femme who has stolen dance forms from Black creators. Madonna coopted vogueing that originated from the Black and Latinx LGBTQ communities and gained old school clout from it, with people going so far as to credit her for inventing the dance form. This erased in the process the community that had created voguing and the fact that the form itself was rooted in that community, and existed as an art form too. Madonna might have taken it from an underground movement to a worldwide phenomenon — but in doing so she became another example of a straight white femme taking from a culture that isn’t theirs, yet still capitalising off of it. Similarly, Addison Rae was championed by The Tonight Show as a representative of TikTok dances and therefore serves as a reflection for the app’s dance culture. Presumably a majority of The Tonight Show’s viewership is not well versed with TikTok culture, so it is more than likely that they will attribute Rae as the creator of these dances. Showing that because of the algorithmic injustices of these apps, Black creators are set up from the beginning so that it is more impossible than possible for them to “blow up” in the same way white creators do when they take from Black culture.

In all systems, most of which are byproducts of white supremacy, white people will always see for their interests to be prioritised. Perhaps it all comes down to a question of what white people do with their privilege. Addison Rae could have easily said on The Tonight Show that she didn’t create any of the dances she performed. A disclaimer like this could have taken mere seconds, yet would’ve made a significant difference to the original creators of the dances. In the 100 character allowance for captions on TikTok surely there is enough room to credit original creators. 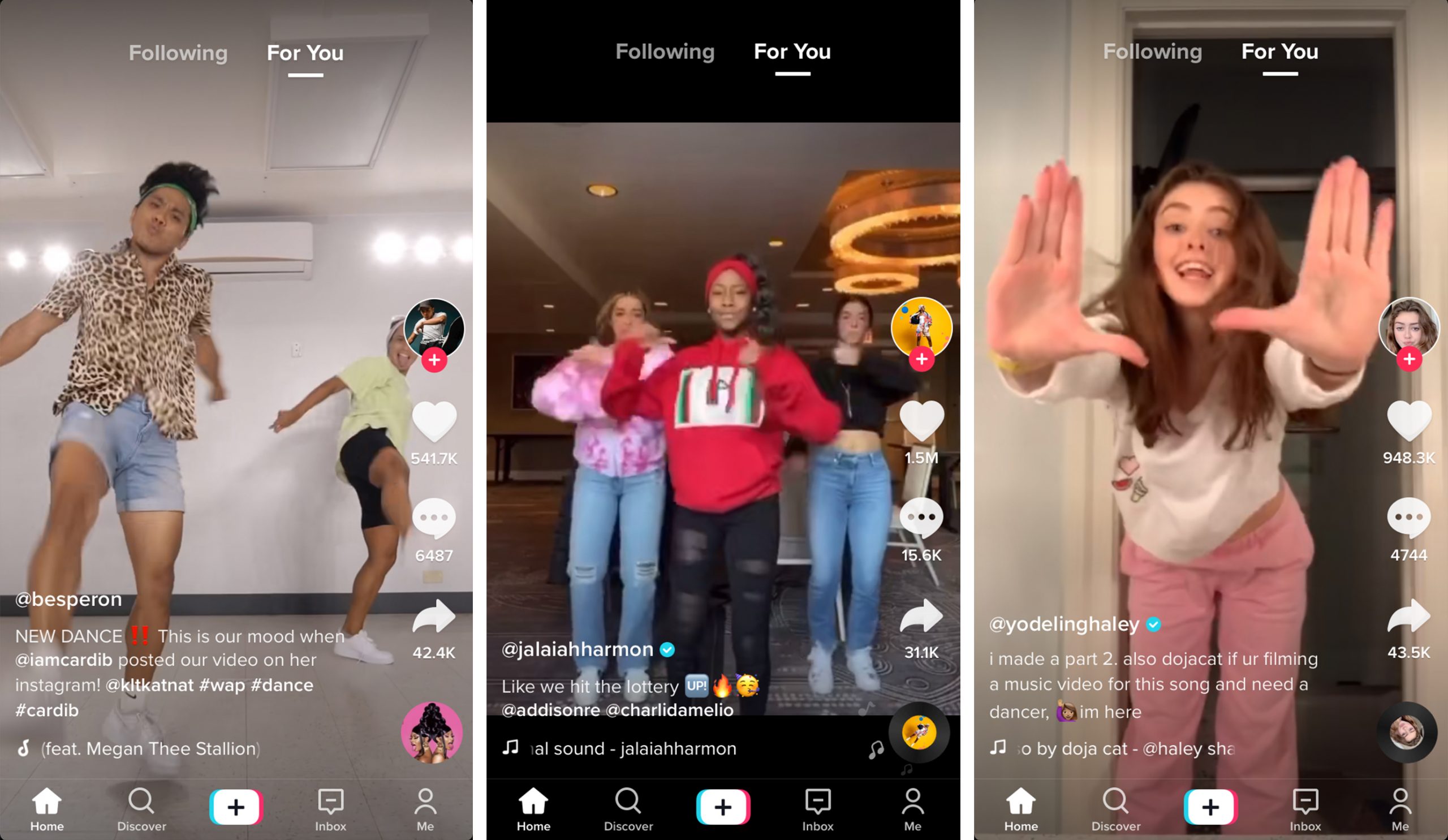