Hail the bodies that walk this Earth facing retribution for being their true selves and living beyond worldly normalities. Unapologetic in their spirit, they live each day taking small steps towards their glory; stripping off every last bit of an identity imposed on them by people who were threatened by the truth of who they are. Now naked before the glorious sun, feet grounded in the soil, one with mother-nature who know of nothing else but being true to herself, they realise the truth of who they are; Godly beings. Hail the trans womxn of colour. Hail the queer body of colour. Hail the black womxn. All whom, despite it all, embrace their true colours and never ceases to live by their truth. That, right there, describes Andile Mhlongo’s collection; Brownsugar. 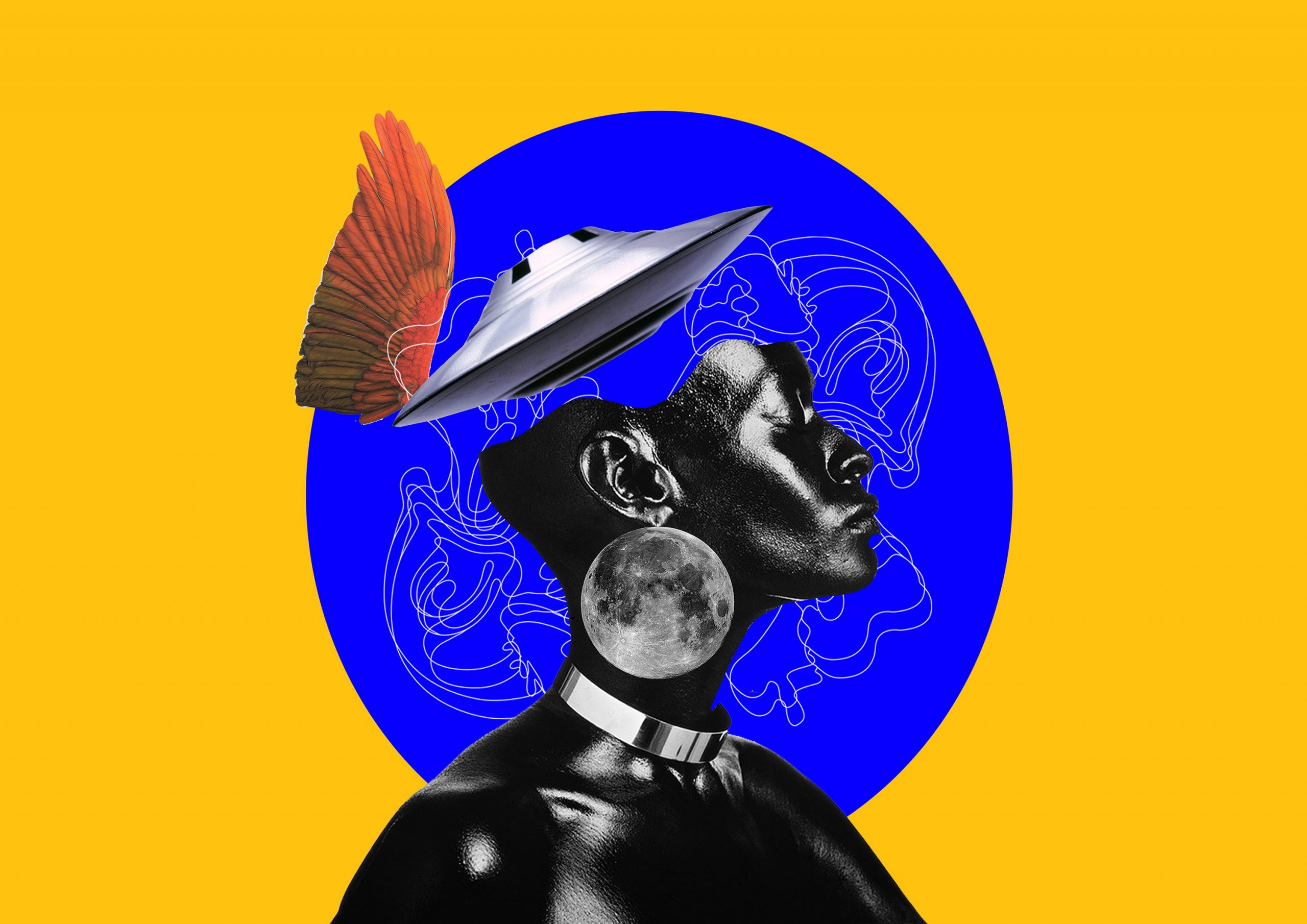 The brown sugar collection seeks to express the above mentioned message through an Afro-futurism aesthetic and African expression as its key creative point of deparrtures; bringing together bright colours, each with great significance in Andile’s life and each representing the elements found on the African continent. Also an important part of the collection is the seamless combination of masculine design elements (structure and inelasticity) and feminine design elements (easy-fitting garments with soft textures) all purposefully incorporated to represent the fluid nature of the communities Andile praises:

“The colours just appraise where I come from. I would think of the red-ish brown soil in Melmoth where my mom is from, and I would think of the bright beautiful sun which goes for the yellow of ama sunset wase Cape Town (sunsets from Cape Town). I would think of the red that [represents] the blood that runs through these brave human beings that live in this world no matter what, no matter how hard it is, no matter how hard it get… For me it was a concept of hard and softness. Femininity and masculinity; playing along with the softness and the hardness – the fluidity between the two and how the two can really look seamless and exist with each other all the time. You don’t have to choose either or, you can really live in a world where masculinity and femininity are seen as just one.” 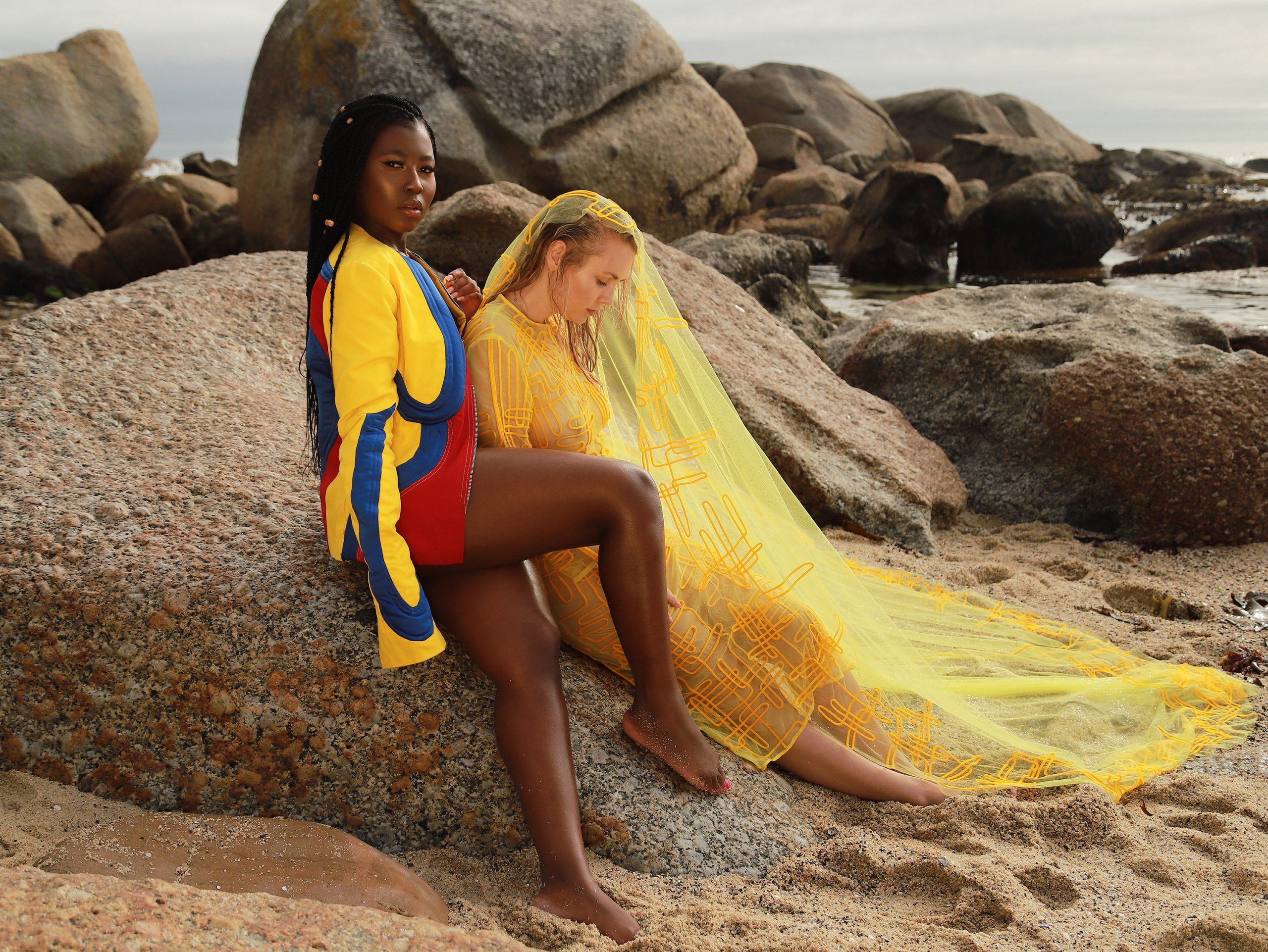 Inspired by lived-experiences, this collection seeks to praise marginalised communities, particularly Black womxn and queer bodies of colour, whom in Andile’s experience, have faced great judgement and discrimination for being themselves. Having grown up in a small town in the province of Kwa-Zulu Natal, north of Durban, Andile speaks of the non-liberal community in which they grew up which shaped their story as a queer non-binary individual. Having moved to Cape Town to study, Andile appreciated the liberal Cape Town culture, but soon endured a somewhat subtle struggle due to being a Black person: 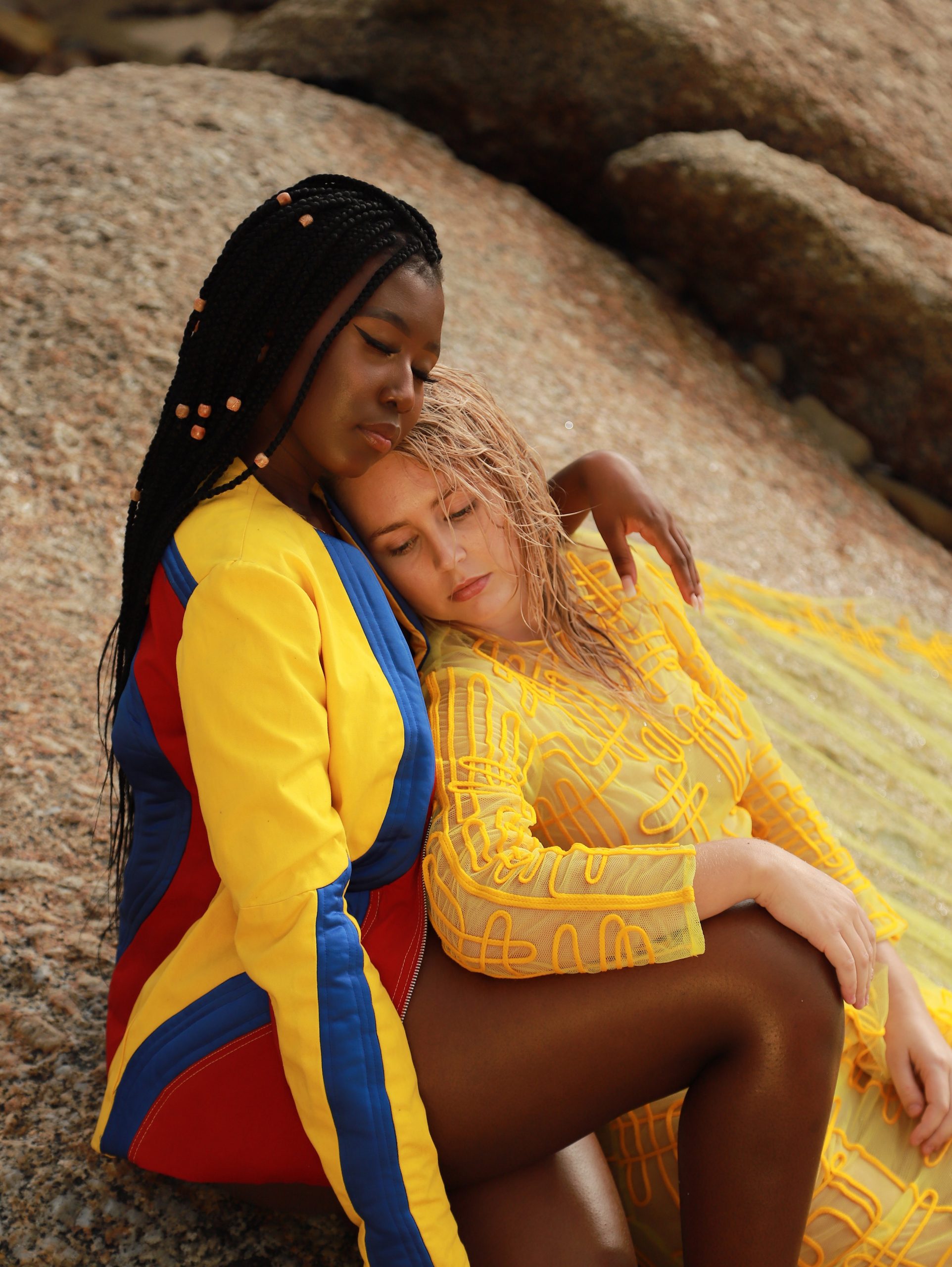 While the collection has been created as a tactile ode to Black womxn and queer bodies of colour, Andile emphasises that this collection can be worn by all people. “It is not to say that this collection was not inclusive, it was just very about the embodiment and the empowerment of a specific group, but it’s not to say that other women from other races could not find themselves in here; that normal men cannot find themselves in here.”

Between and Beyond Binaries – Haneem Christian

Stylist, Art Director and all round creative Devi James is building a space for queer/alternative/non-binary progress

Future 76 // In dealing with the colonial wound