There’s an age old expression which states that, “a picture can communicate 1000 words.” So often, our words fail us. Even more often, we as a people have been failed by words left unsaid. We as a people who have been pushed to the periphery or have had our histories written for us, if written at all.

For the ethnically Somali and Ethiopia-based Gouled Ahmed, it isn’t always safe to give language to their very identity. All the while navigating cultural limitations, contested histories and hegemony, with nothing more than an old camera, children’s face paint and loose fabrics, Ahmed began developing the vocabulary that would come to form their complex, other-worldly visual language.

Now, these images produced by the creative director and stylist, are not just their 1000 words but they are also their work.

Gouled Ahmed sat with me to unpack the little world they’ve created for themselves and others like them.

Connotations of Subjugation and Adornment by Gouled Ahmed.

How would you describe your creative journey and how it led up to working with Johnnie Walker in The Ones Who Keep Walking?

Ahmed: I started my creative journey when I moved back to Ethiopia. I went to school in New York and I moved back [to Ethiopia], with the hope that I would write a short story collection. [chuckles] I was really gearing up to do that, and when I came back, I realised: I didn’t have any inspiration to write in this country.

I realised that a lot of my self expression came through how I styled myself and how I self represented sartorially. When I moved back to Ethiopia, I was doing a lot of conforming to cultural expectations and hegemonies. It was just like being really restricted gender wise and being really bored by that. So, I never had any training in any visual media. It was after a year of not being able to express myself in that way that I just randomly started.

I took this old camera in my house; I had children’s face paint and a bunch of fabrics; I was bored one day in my bedroom and I decided to take an image of myself in that moment. I started using them as a space to archive myself. Just like thinking of what I would be if I could express myself in this nation if I could be fully free and be an embodied being. Then the internet started becoming this photo book for me: this is who I am.

It was never for anyone else. It was just a space for me to truly express that I still exist in this body. I may not express [myself] like this in my everyday life but it exists somewhere. […]

Then people started calling it work. [chuckles] Which I never thought of it as. I think it’s living in this capitalist world, people automatically assume that [the] thing that you do for your personal liberation, joy or way to remember yourself turns into work, into something consumable and sellable. Now I’m like “Alright, cool. I can get money from this. I think the Johnnie Walker thing shows that the most.” 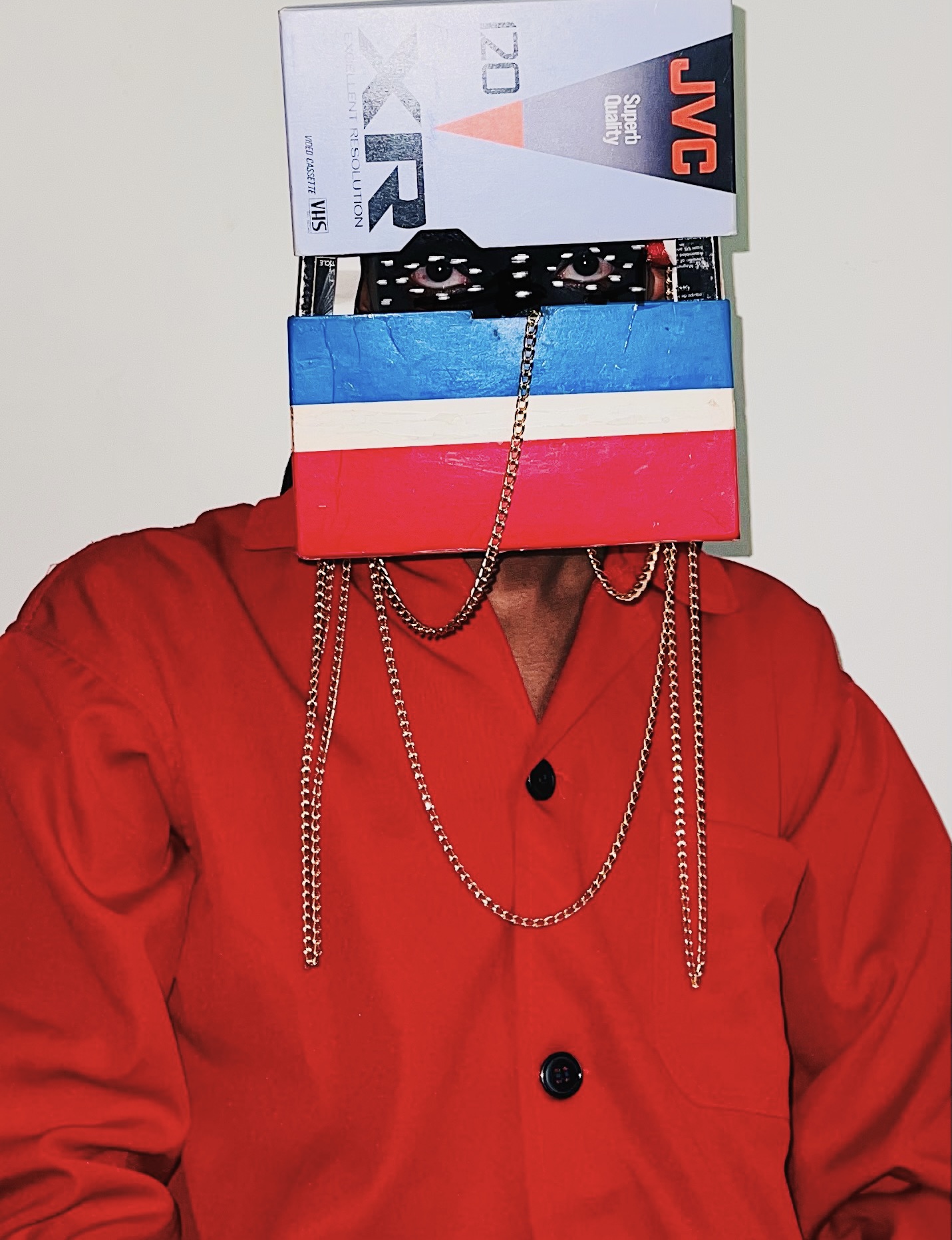 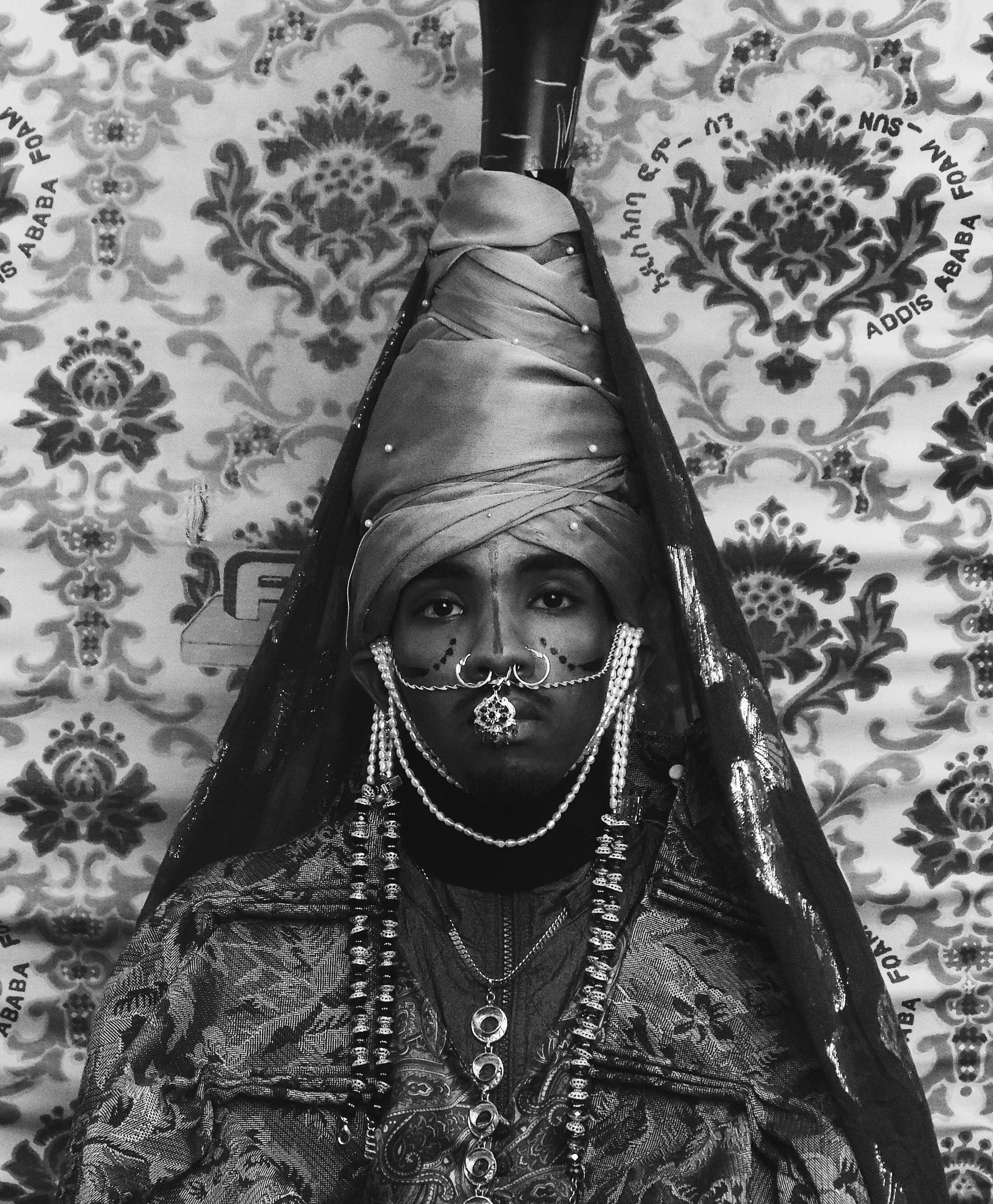 Would you say that you’re subverting traditional displays of masculinity and femininity, especially within an African context?

Ahmed: I’d say so, but I also think that our continent’s histories of people subverting gender has been a long standing thing. So in essence, I don’t think I’m doing anything new. I think it’s what has been done for centuries but people have failed to [acknowledge it].

The only thing I think I do in the context of my own personal work is that in the Horn of Africa, I actually use both men’s fabrics [in addition to] women’s fabrics and give them new meaning on my body. I don’t believe in any of these gender restrictions; for me, clothes are just clothes, fabrics are just fabrics and jewellery is just jewellery.

Ahmed: I think even before I ever got the chance to style myself […] clothing was never a means for me to self represent. Especially when I was younger, my parents picked out my clothes my entire life, all the way up until I went to college. So I never even thought of clothes as a means to express my personality. […] Imagination came in the form of reading, and I started reading a lot, especially science fiction and fantasy books when I was very young. That was a means for me to escape into other worlds and new ways of being.

I read a lot of afro-futurist books at the time and just books of the time [in general]. Another means which I used to escape was film, just like sci-fi films. I remember The Fifth Element was a big one in my childhood, and all the Star Wars, Star Trek stuff. Anything that was happening in a dystopian world was just fascinating to me. 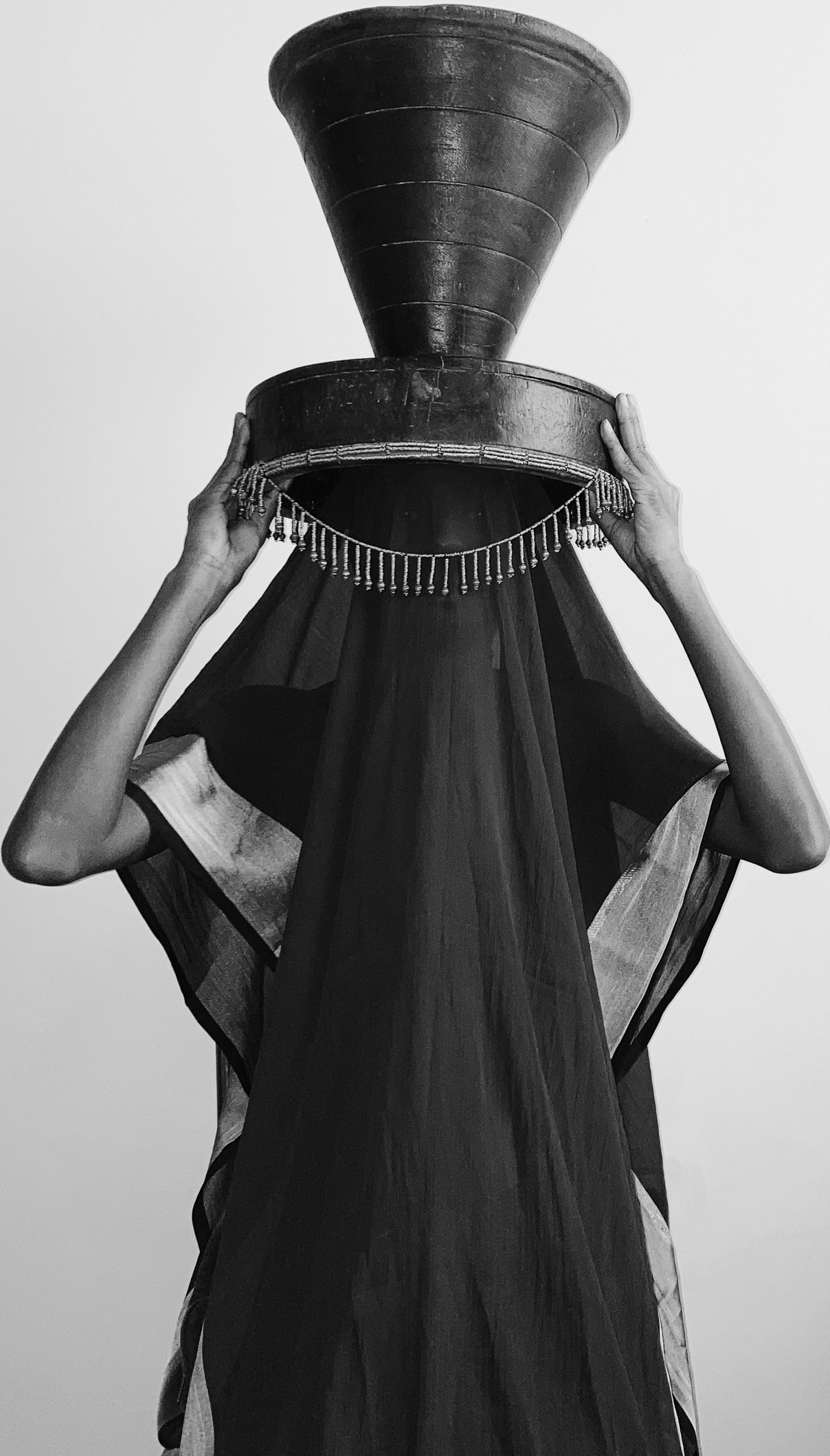 Anatomy of a Mountain by Gouled Ahmed.

I was always fascinated by things that people considered ugly and was always examining what ugliness means in this world and who gets to determine what beauty really is. To me, the more something is bizarre and different to what is considered [hegemonically] beautiful, [the more alluring it is] to me. I was always weird in that sense.

I was also raised by a lot of family members growing up; my grandmother wearing all of her gold; my mother wearing all her gold. Like, these rituals around beauty. They’d always do henna every Saturday. Just watching the repetition within beauty rituals was also a huge thing within youth.

To me, the people around me were already exhibiting futurism. These age old traditions that still made these people look grander than life. I think it’s a combination of these two things: melding cultures and humans in a futuristic context mixed together is always what I was inspired by. My visual vocabulary is always looking at what ‘The Horn’ could look like in 22100. What could we do if gender wasn’t an issue here?

On that note, in your latest work — Our Earth Will Remember Us Again Someday — you said it’s a contemplation of who we are here. What brought about this contemplation?

Ahmed: I think just the current moment that we’re navigating as a planet. Just living through a global pandemic. […] I was just thinking about exodus and what it means to be transient in this world. Whose lives matter? In terms of our legacies, how are they passed on? I feel like, during the pandemic, all we saw were numbers in the form of death counts.

For me, I just kept thinking, each of these people had a life and a history and a name and a legacy of their own. I just kept thinking about my own legacy. For me — being a non-binary person also — what it means to be in a lineage of people who’ve been forgotten, whether intentionally or not. The figure of the ghost and the transient keeps coming back to me. […] I often find the idea of not being of this world to be an interesting concept.

I always keep my eyes, so you’ll still remember this is a human being. But in every other sense, I’m playing with this idea of being known, being seen and spectatorship. 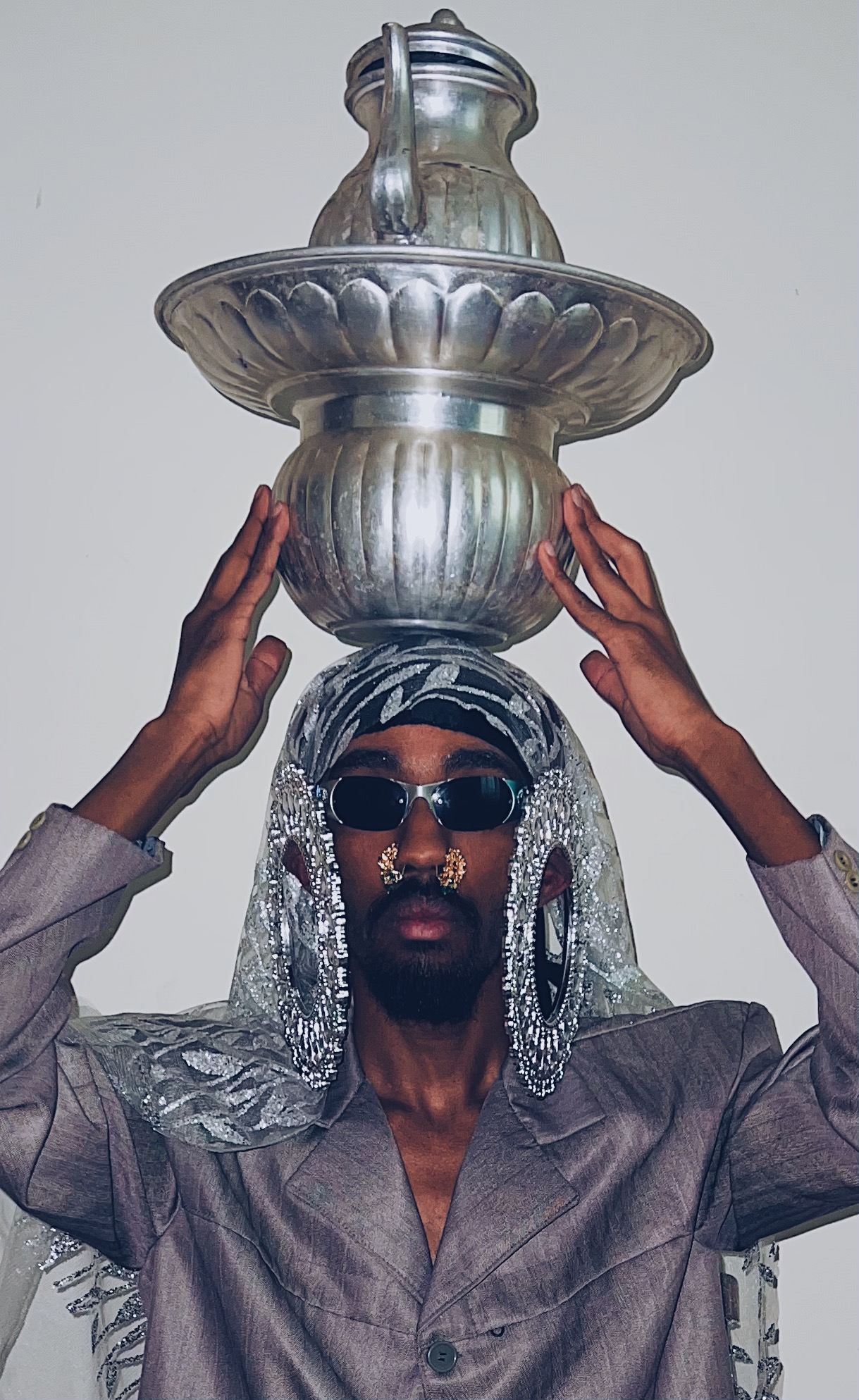 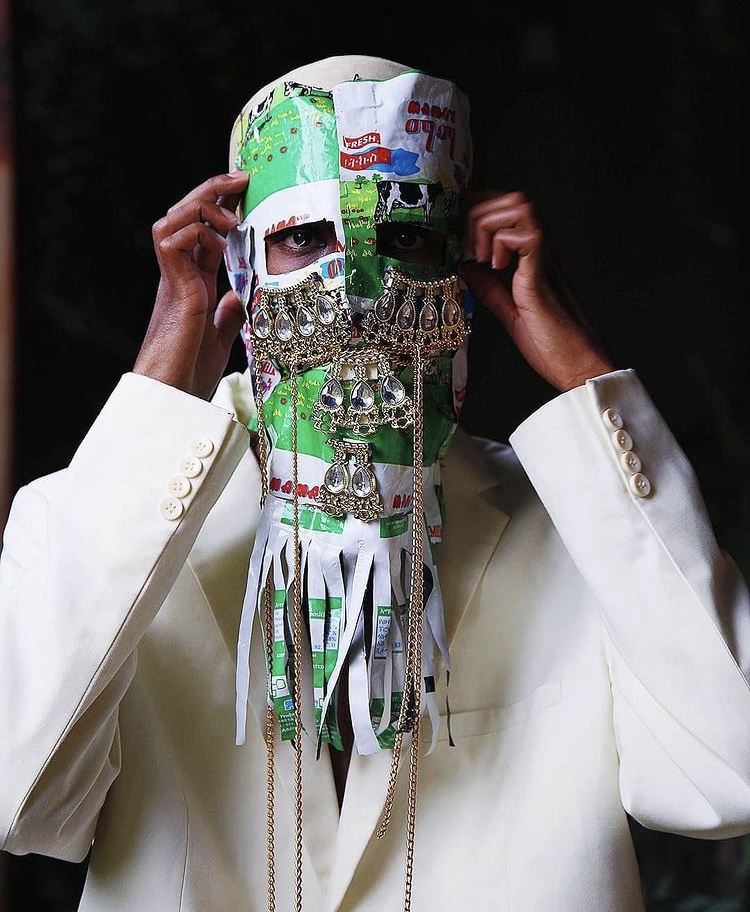 Gouled Before We Disappear, photographed by Robel A. Negash.

From hearing what you say, I think the eyes are a good way to root this as being about a people. This is about a person.

Ahmed: Exactly. […] Growing up in Ethiopia, growing up around specific, well known iconographic styles in which eyes are such a huge way in which Ethiopians — or Northern Ethiopians at least — paint.

The eyes are such an important part for me in terms of seeing a person’s humanity and seeing a person’s brokenness. In seeing what a person is going through and truly experiencing, I think the eyes are a very important recurring theme for me. […] We also have our own superstitious beliefs around the evil eye here.

I also play with the veil to be like: “I don’t want anyone’s eyes to be upon me and curse me!” [chuckles] Just playing around with those kinds of ideas! 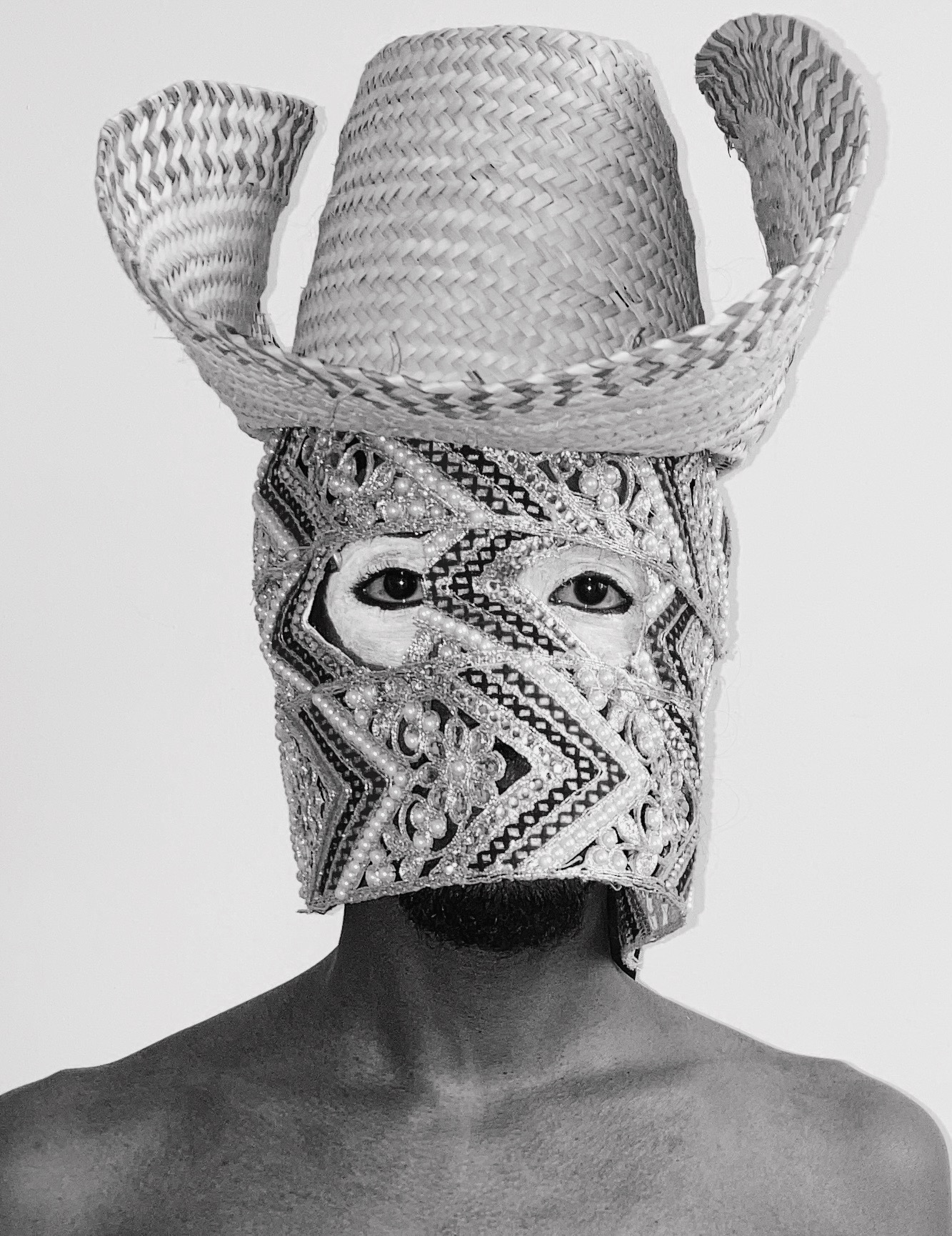