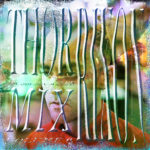 Cape Town based producer Thor Rixon has blessed us with an eclectic mix, filled-to-the-brim with deep melodic gems and  beautifully textured soundscapes, all his own original productions. The mix was originally performed live at Churn Festival where Thor performed alongside other local and international acts pushing the boundaries of electronic music.

Thor revealed that most of the music that made it on this mix was produced earlier this year when he spent a few months living in Berlin and according to him the rich concentration of great electronic music coming out of Berlin was a huge influence to both his live performance and his production.

Keep and eye out for Thor Rixon’s upcoming album set to be released in December but for now listen to this exclusive mix and acquaint yourself with the direction his ever expanding sound is taking.