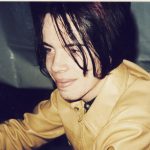 These days, suddenly losing access to a computer is a huge impediment. Priceless work and memories disappear. It’s even worse when your device gets stolen, as recently happened to legendary South African electronic producer Felix Laband, whose laptop was grabbed from his car at the end of last year. In an emotive Facebook post, he bleakly detailed that the theft cost him six months’ worth of new music. As an independent artist, without insurance, this left him without a machine to work on. Like losing part of your soul for a musician.

But one of the advantages of this computer dependent age is that artists can reach out directly to their fans via social media. For musicians trying to exist outside of the shrinking corporate label space this is a lifeline, and Felix’s ardent followers have poured in with offers of moral support and help with finding a new device. As a thank you, Laband has been going back to the earliest days of his career and uploading songs from his teenage band Second Unit onto Soundcloud. Recorded in Pietermaritzburg in 1995, ‘Having to Hold’ is delicate, almost ambient song with a gentle vocal line buried beneath the hum of synthesizers. The song is clearly indebted to the post-punk electronic pioneers he was obsessed with as an adolescent, but is produced with the confidence and care of a promising young creative voice.

Within a few years, he would be blending local influences from kwaito and house with chilly synthwave to produce the classic albums Thin Shoes in June (2001) and Dark Days Exit (2005). These releases gave him a cult following as one of the most original electronic artists this country has ever been produced. His work was further exposed to millions of unsuspecting listeners when SABC decided to use the catchy, yet subtly sinister, ‘Donkey Rattle’ as the soundtrack to anti-drinking campaign. For almost a decade, Laband was out of the public eye but has been enjoying a major resurgence since Deaf Safari (2015). To lose a major body of work during a second artistic wind seems a cruel twist. But by returning to his earliest work, he’s doing more than just connecting with the fans who’ve reached out during a dark time. Uploading the work of his adolescent self is a means to connect with his raw creative origins, to light the fire to face the challenges ahead.

Applied Ballardianism: Memoirs from a Parallel Universe by Simon Sellars