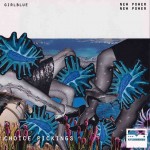 Images via Mushroom Hour Half Hour

Johannesburg has a dark past of violence and exploitation, and even to this day is often presented as an urban dystopia. But the flip side of this is a long history of creativity, resistance, style and flair. In 2016, the city is keeping this legacy alive with exciting and overlapping developments in music, poetry, literature and fashion. Aiming to archive this current golden age, the Mushroom Half Hour started as a podcast in 2014.  Its creators Nhlanhla Mngadi (Kool oNe Ebony), Andrew Curnow (Radio Robert) and Soul Diablo honed an eclectic space for rap, soul, funk and everything in between.

The podcast has now flourished into its own label. Its focus is on bringing together artists from different genre and generations to create special experimental collaborations.  The label has now launched a website- on the auspicious date of June 16. The website lands with four new instalments, each of which highlight the sheer amount of talent in the Jo’Burg scene. The website is curated to reflect different artistic formats, with each release contoured to theme .

Lab Sessions features special jam sessions and live performances. It launches with Ithuba Loku Hlola a jam session featuring the likes of João Orecchia (Motel Mari) and various members of acclaimed rock band BLK JKS. The Word on Wax part of the site gives a platform to another form of performance with poets and singers dropping lyrics over special ‘vinyl-based soundscapes’. The pilot performance Makhafula Mushrooms centres on poet Makhafula Vilakazi, with backing from Nosisi  Ngakane and Ngoma Makhosi.

In the Mixellaneous section, space is provided for mixed medium collaboration.  40 Years…June 16 honours the date by blending classical music with interview from people who saw the 1976 uprising first hand. And taking the theme of archiving further Choice Pickings hosts specially created mixes. New Power New Power is a journey through both old and contemporary tracks.  Overall, the page is a must see portal for new sounds and images.

The Complainers Club – A platform for venting

Death of the body and the death of the spirit: disparities between religion, culture and ethnic perceptions of marriage. Love and marriage g...

Pietermaritzburg isn’t exactly known as a hotbed for local talent. That’s not to say that there aren’t countless talented people from Maritz...