The essence of god rap with Dada Shiva - Bubblegum Club

Now when you take the name Dada, an avant-garde movement from the early 20th century, and combine it with the word Shiva, the Hindu god of destruction, you are sure to be taken to dangerous extremes. Rapper Dada Shiva promises this with the experimentation of electronic sounds coupled with flows voiced through multiple personalities enhancing the dynamic of his bending flow’s.

All the way from Cape Town, his sound and creative mechanics complement the scene’s creative landscape with acts like, Christian Tiger School, Stiff Pap and Bonolo Thomas, to name a few. His artistic framework owes its structure to rap music, being the one to ignite the fire. Back in sixth grade, he got introduced to rap by Lil Wayne’s most successful album ‘Tha Carter III’. His step into the creation of sounds began at the age of fourteen and since then he’s never looked back.  After that, he kept on exploring and continued to cultivate his sound with various collaborators like Jaedon Daniel, Fernando, Beat Sampras and Matthew Davis.  His latest offering ‘E55NCE’ provides an unorthodox layering of electronica via post hip hop, R&B, soul and an array of multi-layered flows to match the anarchic masterpiece.

The album is a doctrine of Dada Shiva’s own esoterica, going beyond what essence means to him connecting the mysticism within his life and artistry giving reason as to why it has become this way.

Dada Shiva has made an outstanding video for the song “WAYHF” from the album. For a song that’s about giving no leeway to any competition with sniping bars and a rowdy cadence, the video substantiates his destructive deific aura. Initiating with a quote about man’s separation from God, the video uses separation to signify Dada’s quality of rap as compared to what most are used to. The accurate positioning of Dada Shiva in the centre of the hexagonal structures, a hexagon then, is a spiritual symbol of harmony and balance, demonstrates his godlike perfection as a rapper.

The flashing beams circulating around him and the beams on his eyes represent the power and aura he has accompanied with the use of light establishes the language of enlightenment through its neon textures giving information from the lyrics of the song highlighting them as important pieces of information metaphorically equating them to scripture. 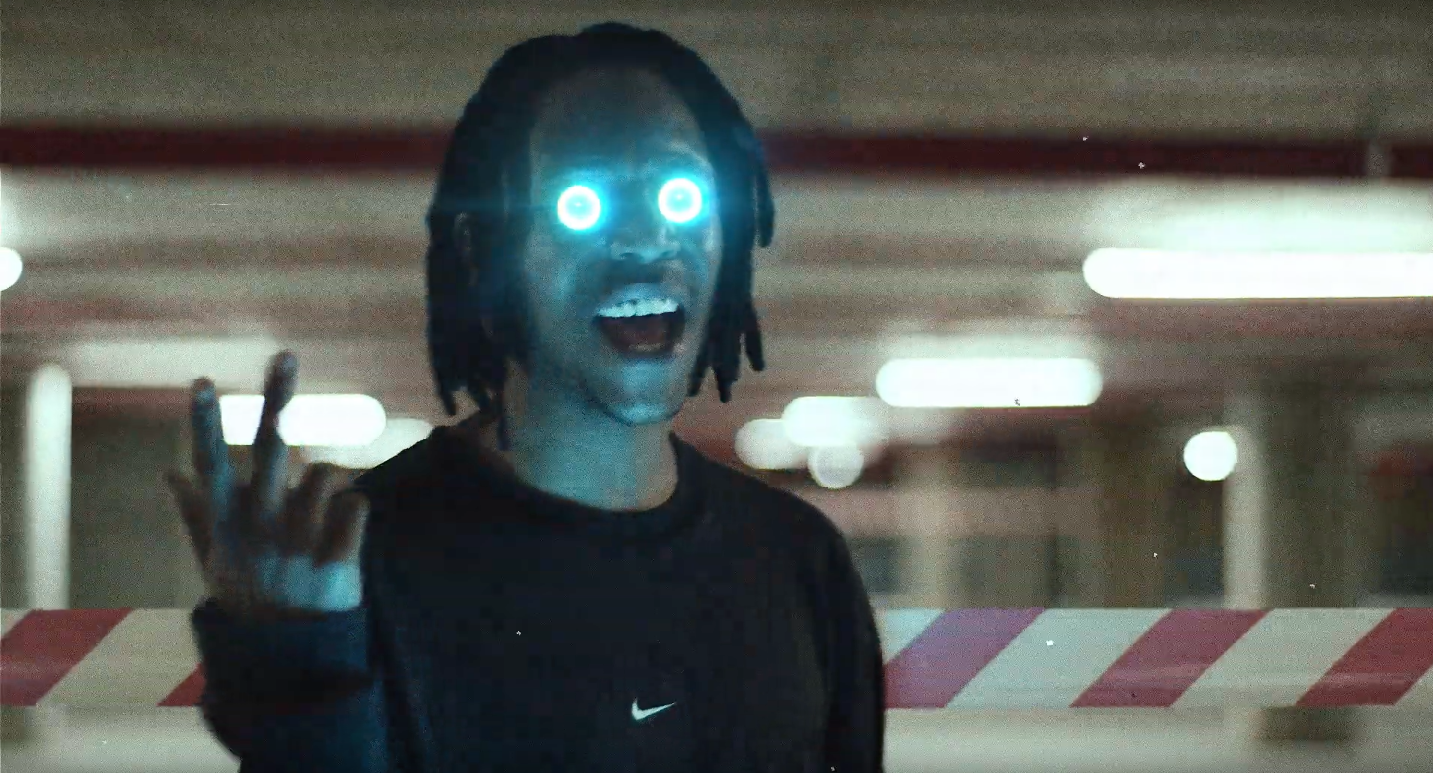