Rahima Gambo studied Development at the University of Manchester and thereafter completed a Masters in Gender and Social Policy at the London School of Economics. This was followed with her Masters in Journalism at Columbia Graduate School in 2014. Her interdisciplinary practice looks at Nigerian identity, gender, socio-political issues and history. Her series Education Is Forbidden makes use of photography, illustration, text and film to articulate a troubling narrative that remains without end.

With her photo essay, Education is Forbidden, the photographer and journalist challenges the Boko Haram insurrection, the condition of the post-colonial education system in north-eastern Nigeria as well as the status of women in society. Showcased as a part of the curated projects at ART X Lagos art fair, it has been in development since 2015. 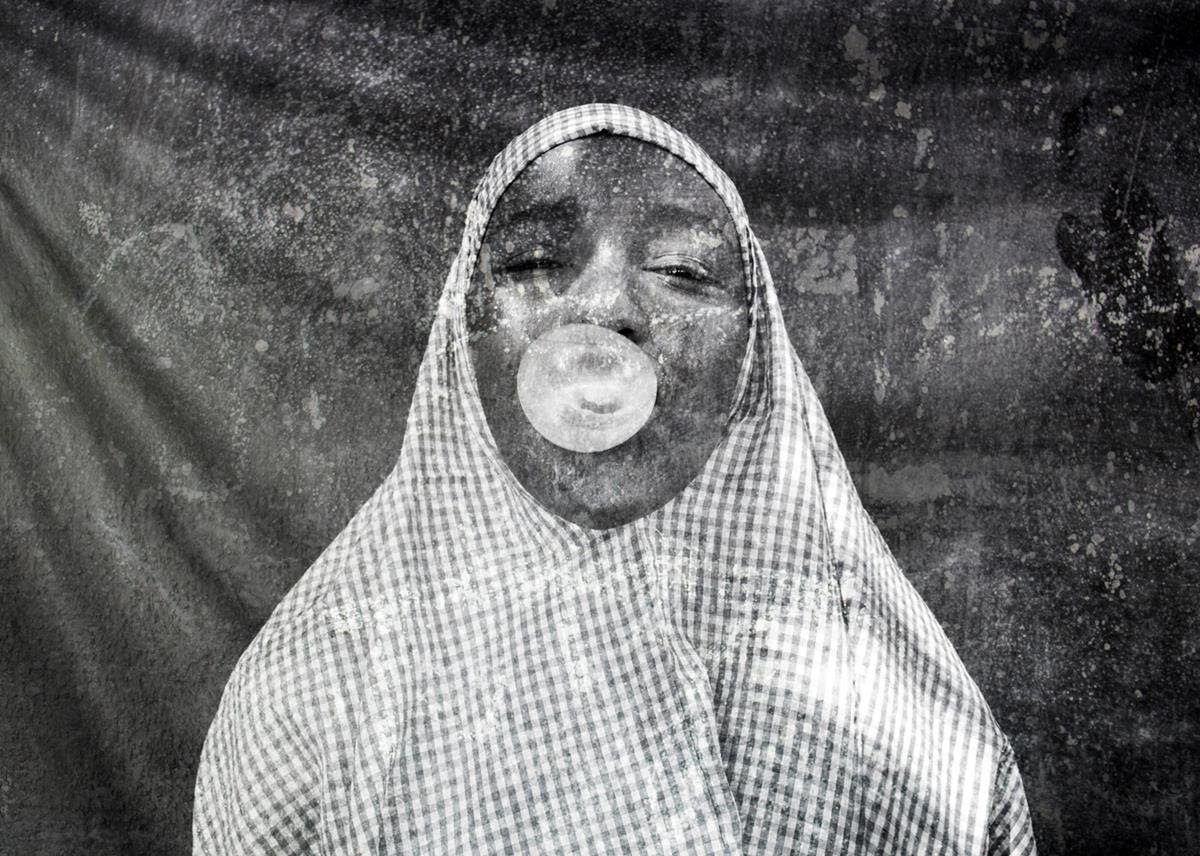 The project has been built on and grown due to support given by the International Women’s Media Foundation, propelled forward by “a curiosity to understand what it means to be a student on the front lines.” Rahima, who is from the region and currently residing in Abuja, travelled to schools and universities in various states to meet activists, pupils and teachers. This acted as an entry point for her documentation of the lasting trauma and infrastructural deterioration, beginning decades before and is currently destabilised by conflict.

To create this body of work Rahima’s approach was to show girls from a stylised, prolific point of view. Employing traditional portraiture techniques, the photographer aimed to focus on points of familiarity and visual signifiers that remind her audience of how carefree school days should be. These signifiers include a girl blowing a bubble with chewing gum and other girls calmly look into her lens. The works take a frontal approach created collaboratively with the girls that she photographed.

Rahima tells these girls’ stories as their youth is poisoned by these events of trauma. It is important to note that she does not intend to label them by these circumstances or define them as victims. “The project is not based on trauma because you can find that in any condition, no matter how comfortable…” she expresses in an interview with Nataal. Her series has the twofold effect of being both a visual documentation and captured moments of collective memory. Her work is then a visual narrative speaking of the cruelties of conflict and its effect on the educational framework of the region. 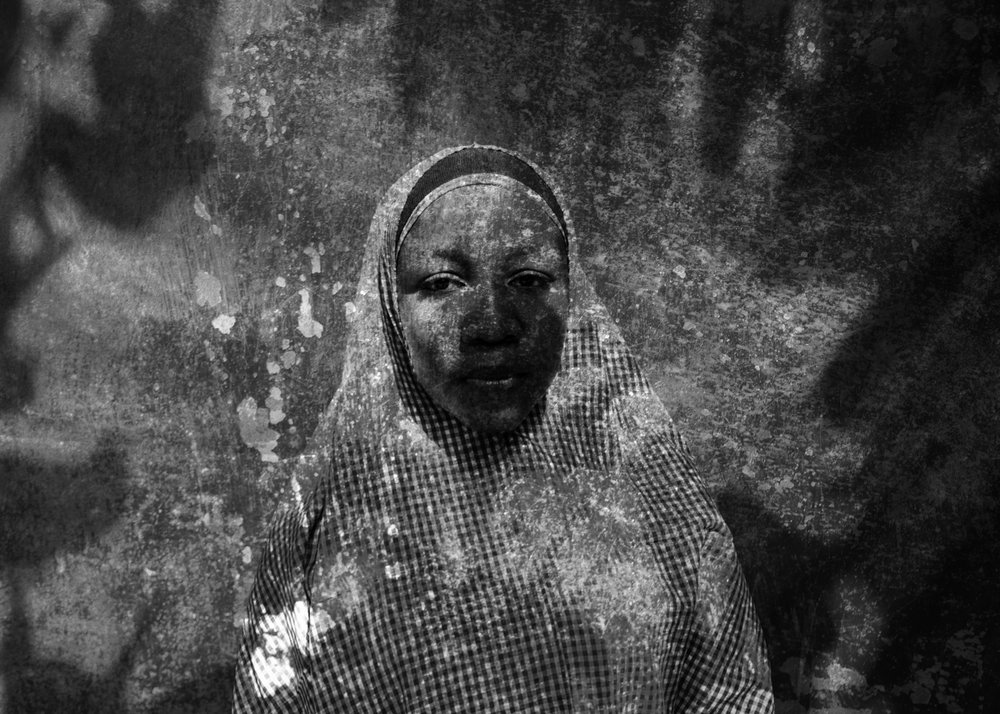