“Johannesburg, a city fathered by gold, mothered by money, then commandeered by white men with cruelty and greed.”

“This is what I call redistribution, via back door.”

There’s something about the collage artworks created by artist Benni Mahlangu who makes work under the pseudonym Izinyembezi, that elicits unnamed feelings that have moved through me as I myself have moved through Johannesburg city—or even feelings that have moved through me as I moved through thoughts, memories and archives whose origins and makings are cradled in the touched-too-much-bosom of this ravenous concrete Jerusalema and its toxic sunsets. I think of the 2008 South African film Jerusalema starring Rapulana Seiphemo as Lucky Kunene who comes to be known as the “Hoodlum of Hillbrow,” a Robin Hood like figure who steals from the rich, read white and gives back to the poor, read Black in post-apartheid-apartheid South Africa. “I wanted Jerusalema to take a harsh but realistic look at Johannesburg, but I also wanted to reflect the hopes and aspirations of its citizens. When you look at Hillbrow from a distance, it looks like that shining city on a hill, the new Jerusalema that will be our salvation, but when you get onto its streets, you find another story” said director Ziman speaking of the movie. Much like Jerusalema, Mahlangu’s works signal at another story, a darker more brutal one that isn’t coloured by all the shades of our so called reconciled rainbow. This underbelly other story signalled at, is rendered darker even by virtue of the child and cartoon like style of the works which also works to imbue them with an essence of humour that is sinister. 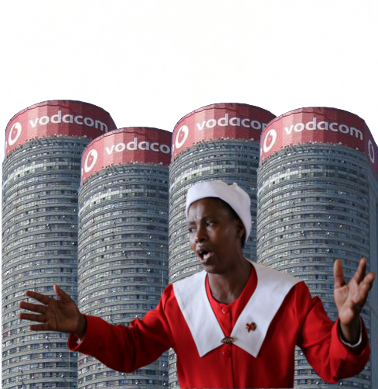 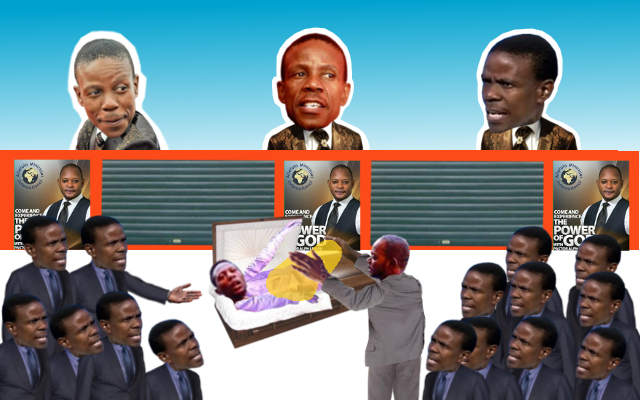 With titles such as Capitalism is a Mkhukhu, uZifozonke Came to Me in a Dream and Nkosazana Lover’s Soap  to name but a few, Benni’s artworks are steeped with visual language and imagery that speaks to the pitfalls and contradictions of South Africa’s democracy otherwise know as apartheid’s after party, this in itself does not make his works particularly interesting as it a space of artistic and cultural exploration that many artists have rooted their mediations and creations in, however, it is the disturbing yet harmonious synthesis of various elements that work to create something new when the artworks are encountered. The piece Izono reminds me of scenes one sees often in Johannesburg on the koppies of Kensington or Hillbrow or Troyeville, where congregations cloaked in white or blue or green come together to pray over our Sodom and Gomorrah, the tips of Ponte Tower forming the steeples of their churches. Benni Mahlangu’s works much like the film Jerusalema prompts the question: what went wrong inside of the ‘rainbow’ of the ‘rainbow nation’? “What is clear is that the ‘rainbow nation’ is not a ‘paradise’ but an ambivalent and contradictory space marked by intense struggles to own material resources and create a sense of ‘belongingness’.” 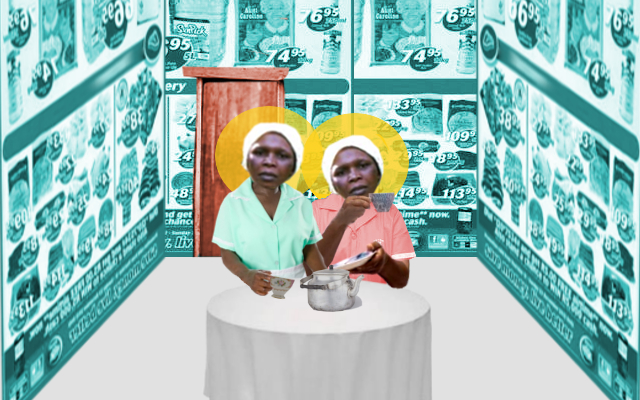 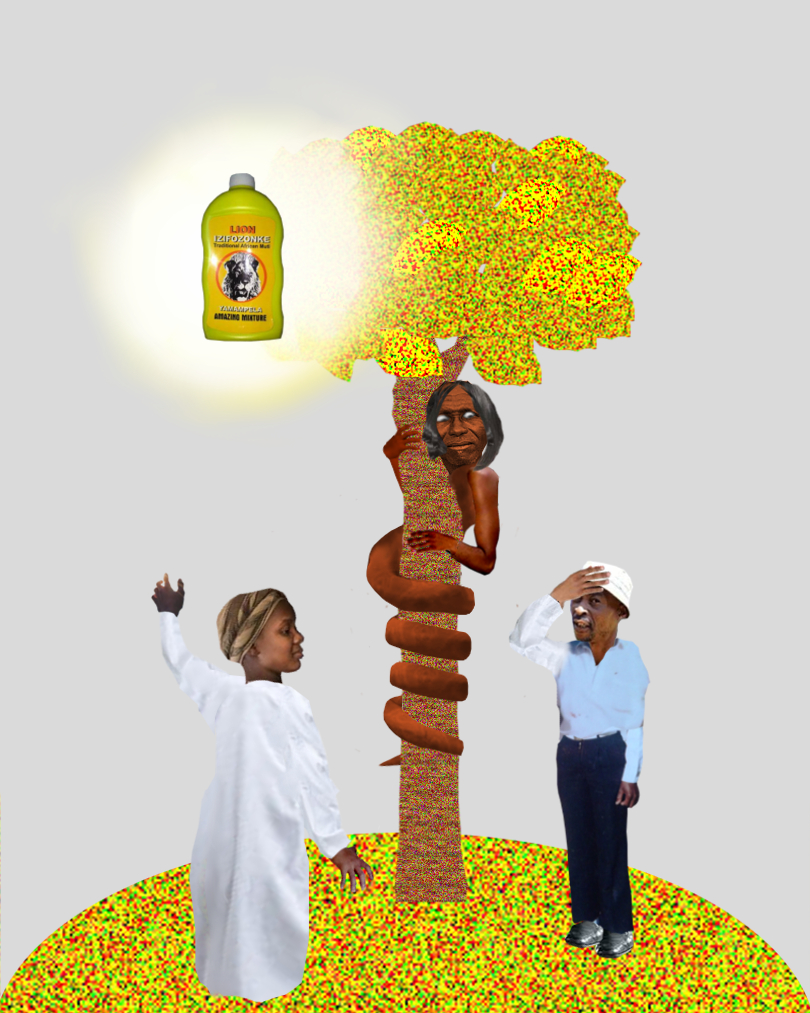 uZifozonke Came to Me in a Dream 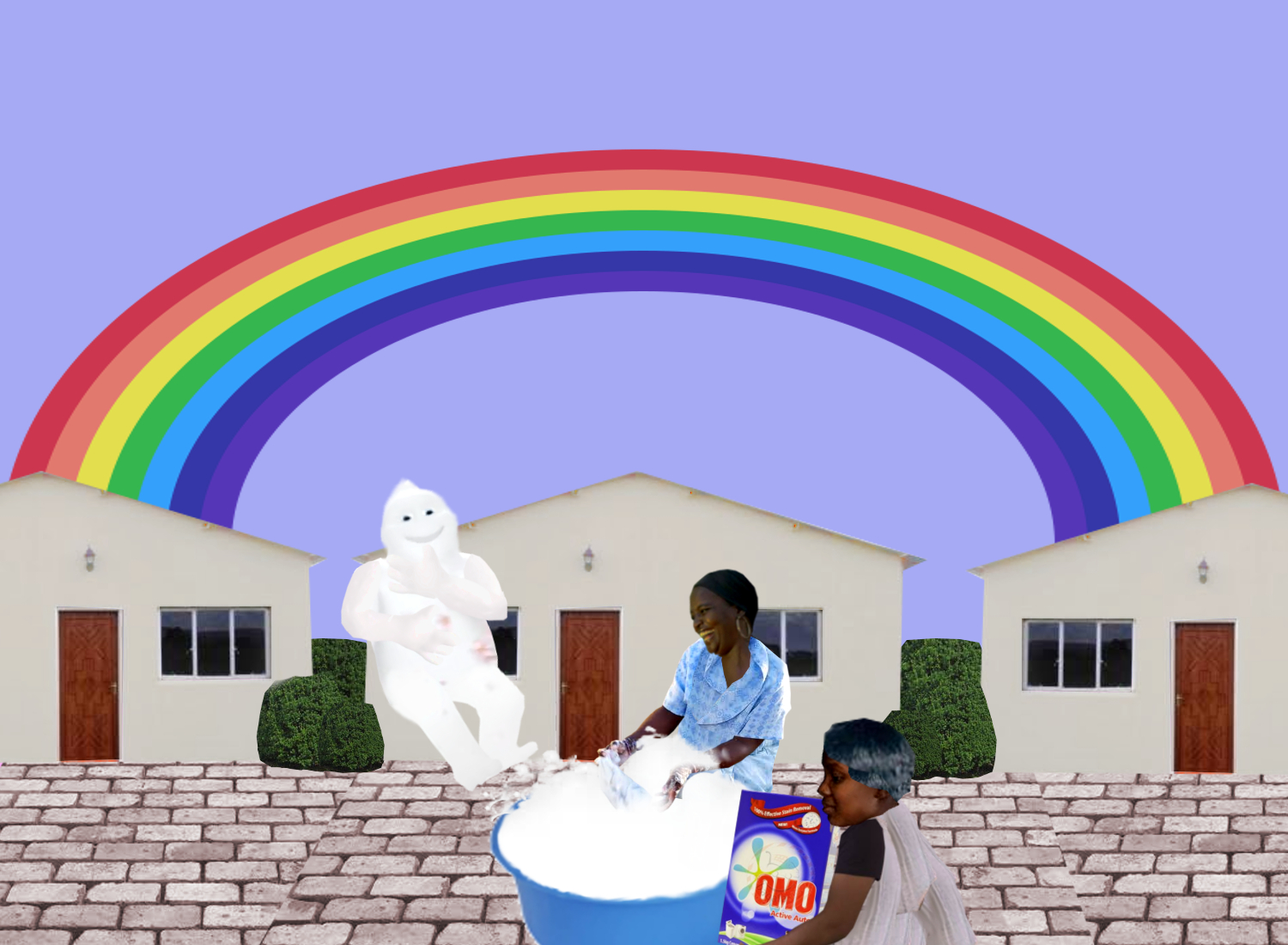