“In Life we hide the parts of ourselves we don’t want the world to see, we lock them away, we tell them no, we banish them. But here, we don’t. Welcome to Montero”, narrates a husky voiced omnipresent invisible presence at the beginning of Lil Nas X’s music video for “Montero (Call Me By Your Name)“, released last Friday 26 March. I’m a mere 19 seconds into the 21 year old musician’s new video and am LIVING for the abundant and life affirming symbolic/visual/rhetorical radical counter-discourse fabulated through and in the space of the work. I think of Leviticus and how it is and has been wielded against us “Queer transgressions”. I find myself thinking about how Judas knew — perhaps more intimately than most — of the weighted shame that comes with having your body/personhood marked by a sin and transgression from a point of without. Of the undoing(ness) that comes with “sin” you did not choose, and I am reminded of a statement made by writer Lindokhule Nkosi in a comment section conversation to Akhona Mjwara’s piece titled ‘Jesus Thesis and Other Critical Fabulations’: The sins Lot’s daughters saved from the ash, which reads:

For some time now, queer people have existed as some kind of imagined oppositional force to the Church. This position of course, automatically presumes that for one to live outside of a heteronormative lifestyle, must also mean that one lives outside of the faith, doomed to the follies of their own hedonism. This is bigotry. 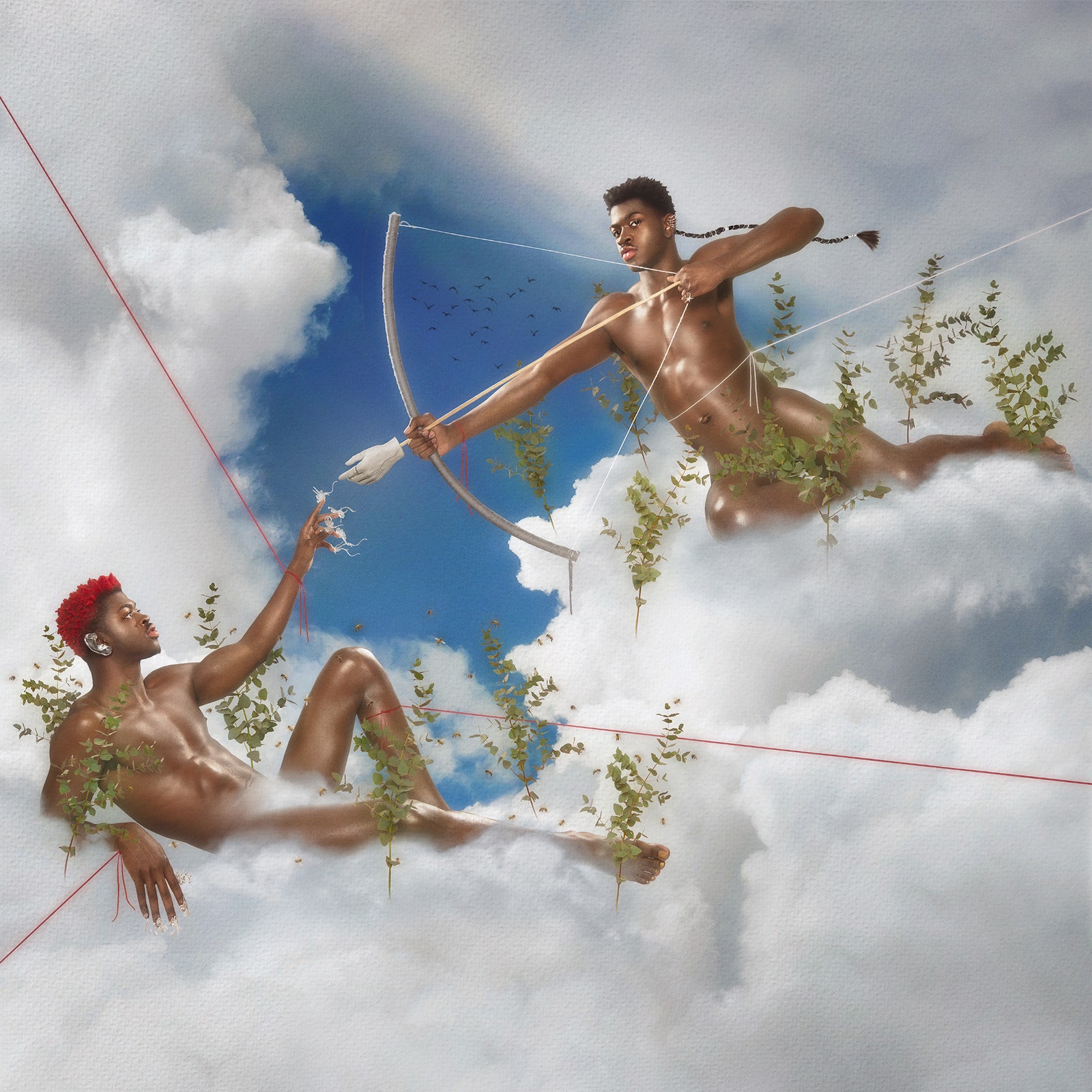 It’s been interesting witnessing/engaging with the subsequent outrageous outrage and conversations surrounding the song and music video, especially when placing them alongside the second part of the song’s name, “Call me by Your Name”. What has happened — which is what usually happens where Queer imagination(s) and the creativity of Black people is concerned — is that many have projected their own sentiments onto the work. Lil Nas X’s own relationship with his work, imagination and intentions coopted and called by their names. In a letter to 14 year old Montero — Lil Nas X’s real name — released before the video, the artist vulnerably confesses: 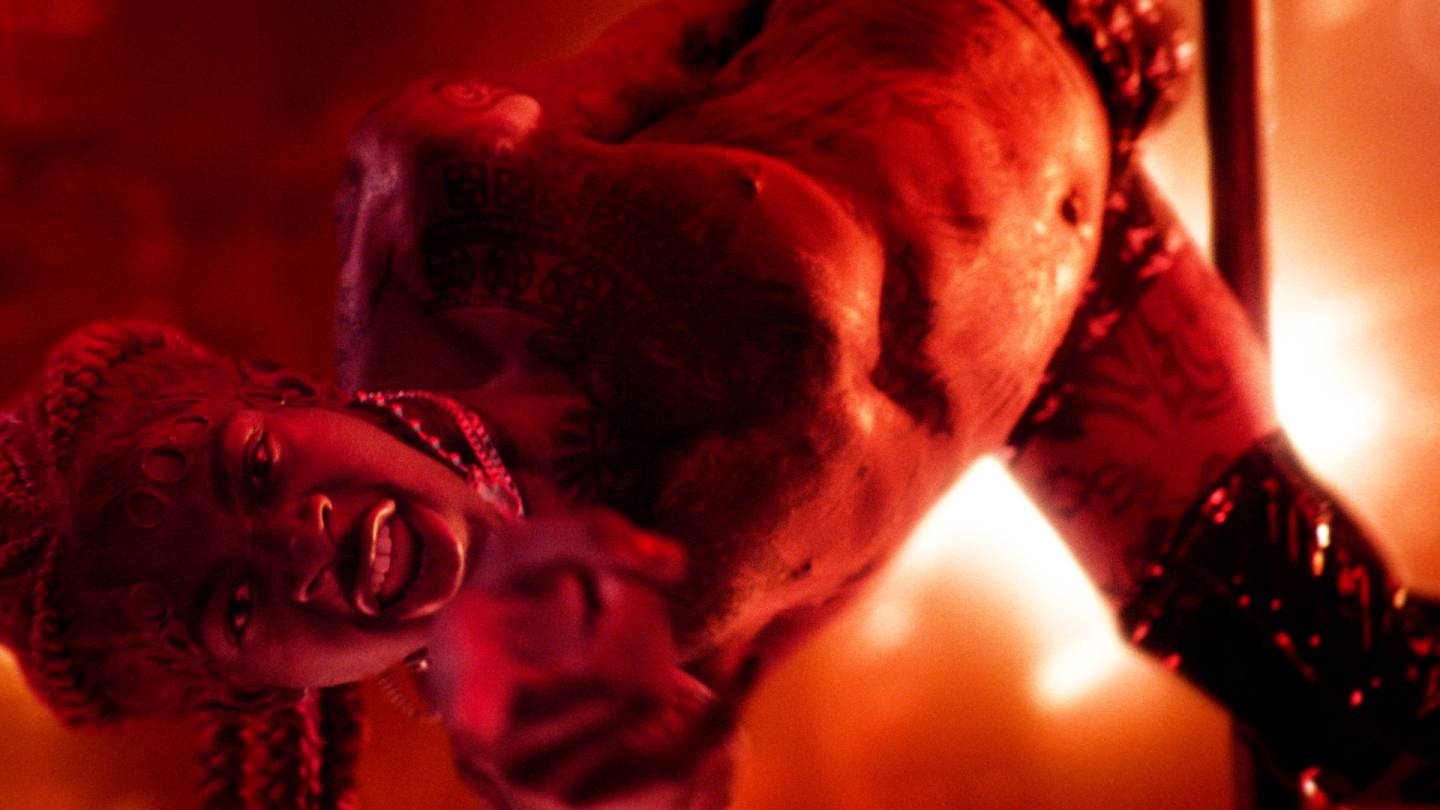 To exist in a society where the script of your naming is one written in H/historical hieroglyphics of deficit and shame is to exist in relation to yourself from a point of negation. It’s hard, perhaps impossible, to not ingest consciously or subconsciously the poison(s) of this world — to not internalise anti-Black racism as a Black person or homophobia as a Queer person. And it is doubly difficult and undoing to then commit to the eternal journey of unlearning those ingested and internalised ideas of self. In this way, I think “Montero (Call Me By Your Name)” is Lil Nas X’s fabulated sight/site of healing and reckoning with the pain and parts of himself little Montero had to swallow in silence to survive. The music video directors “Tanu Muino and Lil Nas X himself have delivered [vividly] on… what reads as an exhilarating metaphorical origin story of Lil Nas X’s acceptance and embracing of his sexuality”. An extract from Queer Review on the work reads:

One of the most powerful sequences though, set in a grand Colosseum-like structure, sees Lil Nas X being judged and condemned by multiple versions of himself, which in the context of the heartfelt open letter to his younger self which he published online alongside the video, feels touchingly personal. 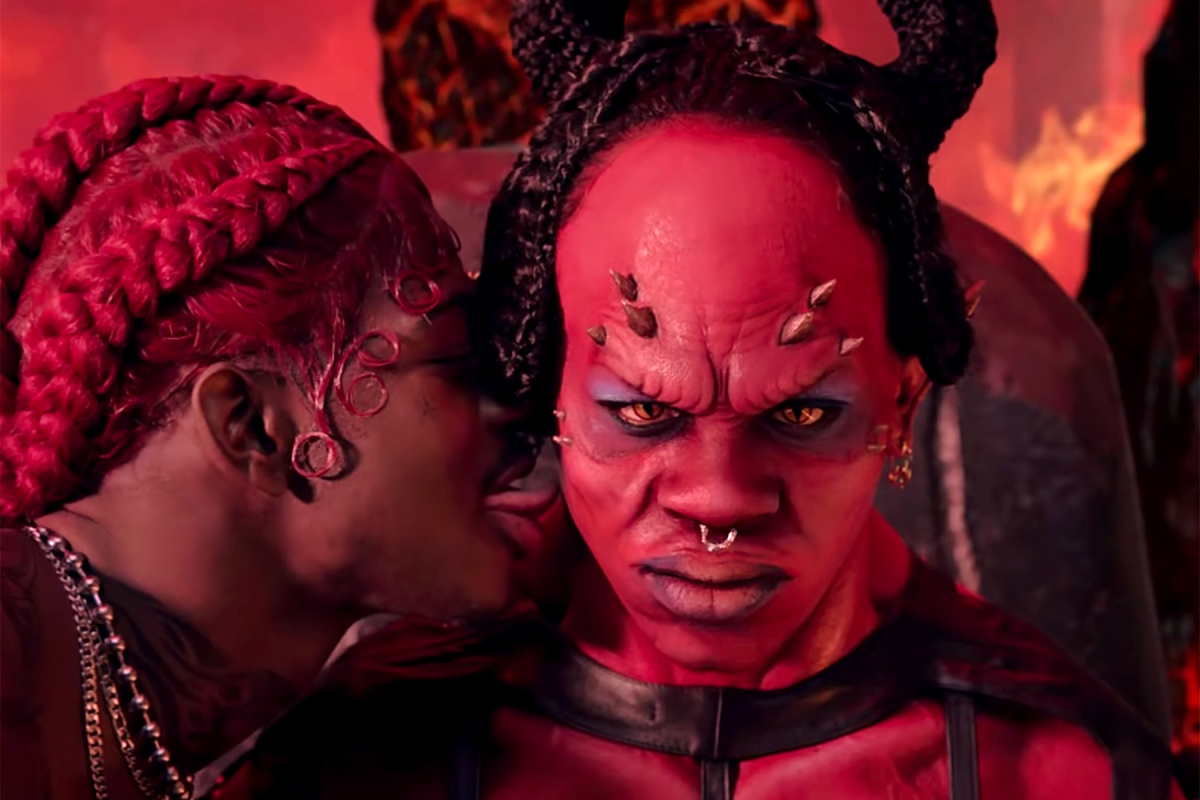 Queer Imaginations have long been in communion with theology, as Queer bodies have long been in communion with the space of spirituality. However, in the abstracting translating process of spirituality into organised religion — Queerness also became translated into a sight/site of sin. I think of Kopano Maroga’s poem jesus thesis from their poetry anthology dedicated to judas, how it undoes this abstracting translating process when they write:

jesus was a drag queen
jesus served face
for the gods
jesus had a drag name
jesus had many drag names:
jehovah gyrate
jehovah nississy
jehovah shame-lom
prince of penises
prince in pieces

By reimagining the garden of Eden and inserting himself into theological discourses that have labelled his existence and desire as “sinful”, as a method of reclaming and healing in “Montero (Call Me By Your Name)” — Lil Nas X fabricates an affirming Queertopia. And, “as a serpentine figure seduces Nas under the apple tree, with carved ancient Greek lettering on it taken from Plato’s The Symposium, reminding us (and our haters) that we [Q]ueer folks have always been here”. 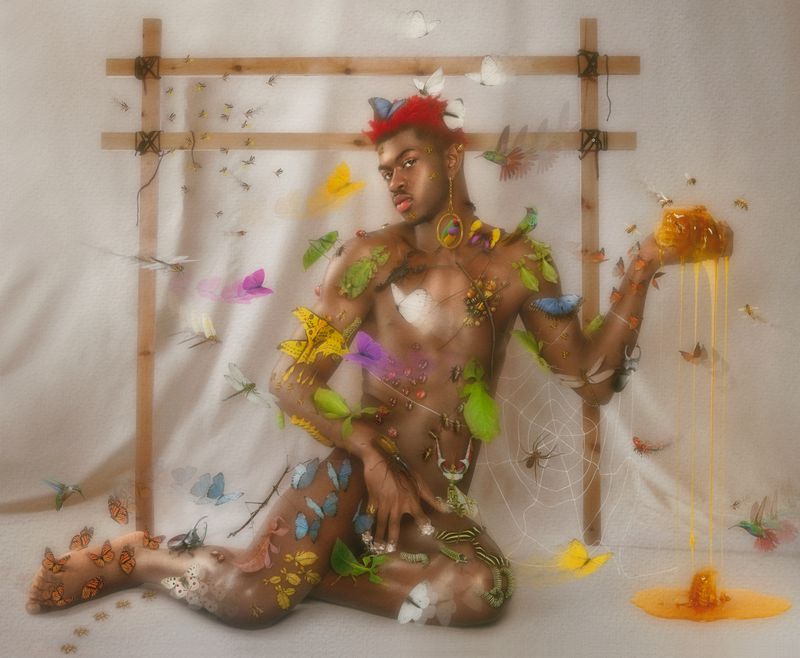 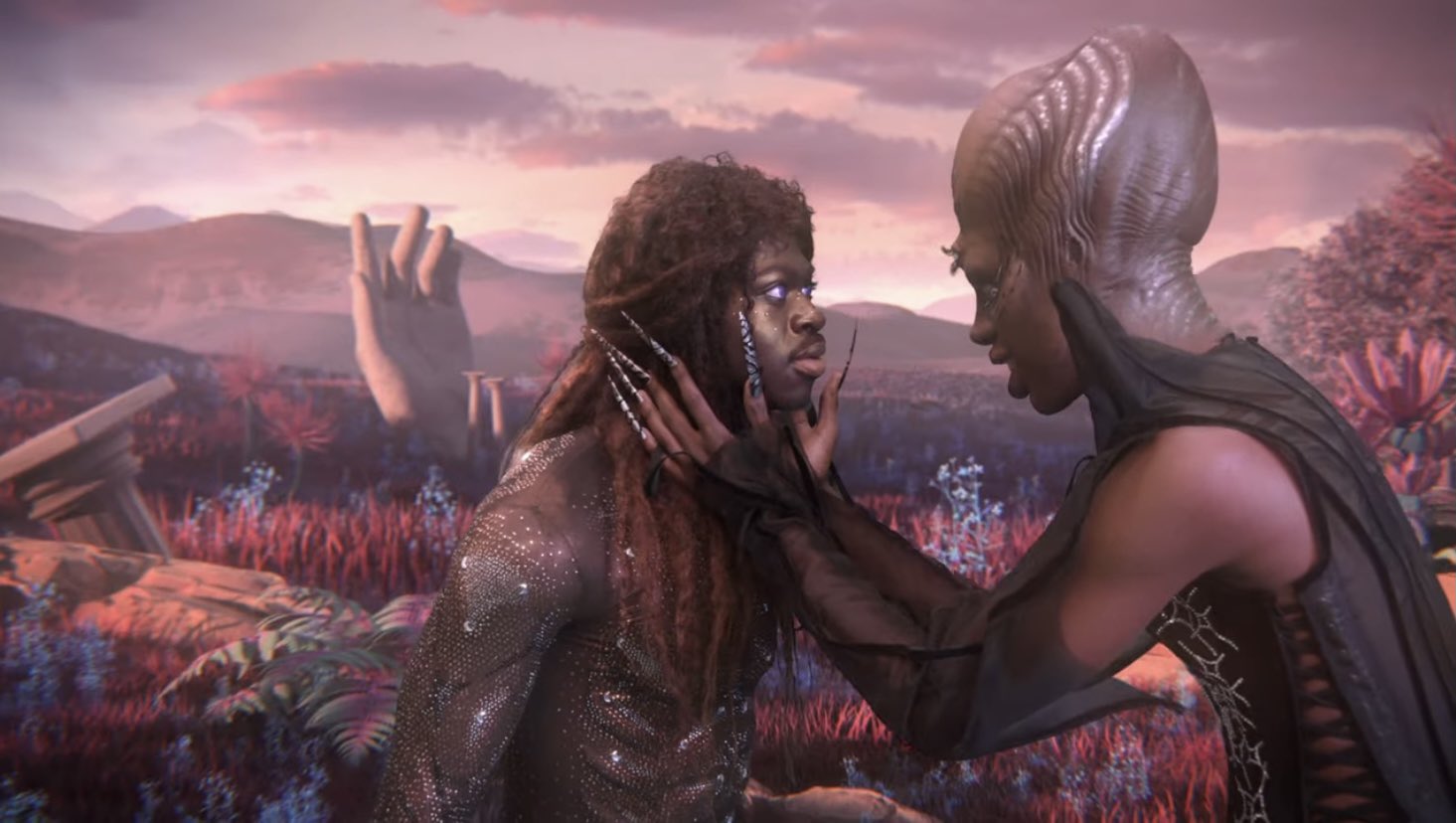 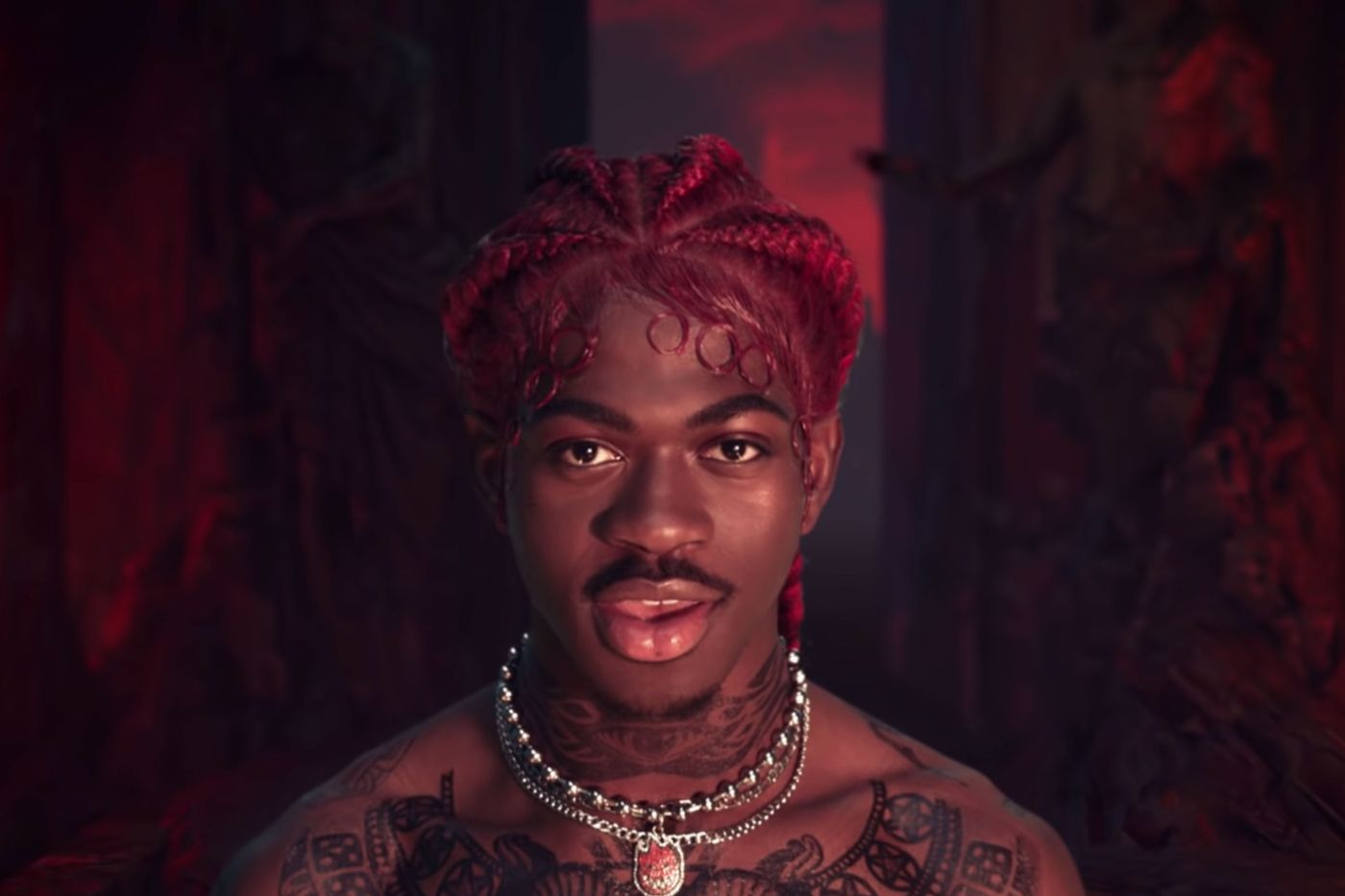 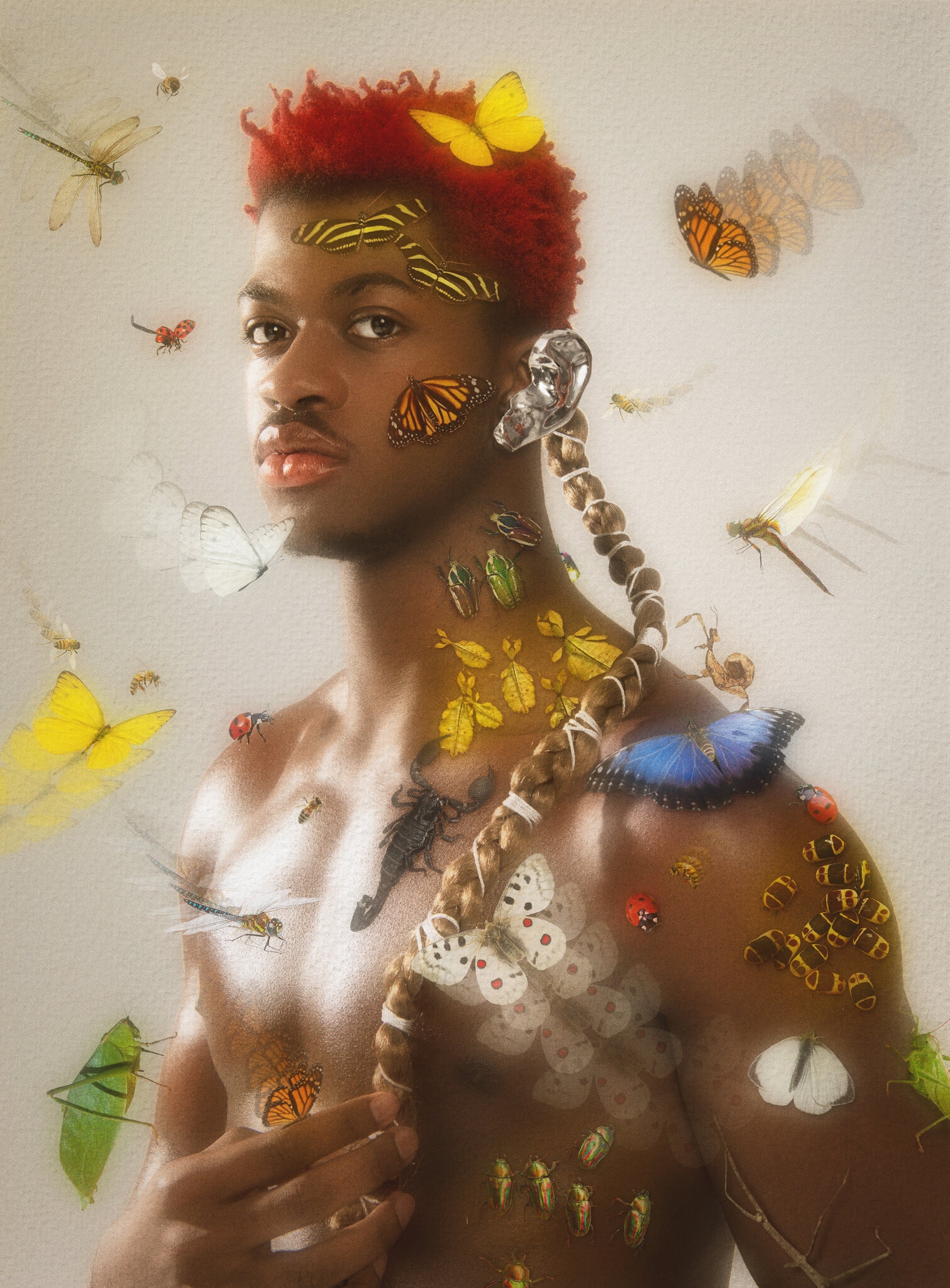