“Just as the deep oceans harbour particulate records of former geological eras, water retains our more anthropomorphic secrets even when we would rather forget. Our distant and more imcollamediate pasts are returned to us in both trickle and floods.”

What does the water give us — beyond cooling, replenishment and restoration? What of the cries, echoes and songs of its ocean-bed ridden ghosts? What of the memories it carries and thrusts back into this universe of enfleshment as waves crash into shores? “Even while in consumption, water is also a planetary archive of meaning and matter. To drink a glass of water is to ingest the ghosts of bodies that haunt that water.” (Neimanis, 2012). One-Fifth of the Earth’s Surface, is a conversation between artists Hakeem Adam (Ghana), Maxwell Mutanda (Zimbabwe) and the Atlantic Ocean. Presented as an interactive audio-visual landscape and explorative online experience that unearths the power of water as a dynamic and fluid archive, the project communes and engages with water — specifically that of the Atlantic Ocean — as an archival site/sight of memory keeping, meaning-making and identity formation. “Water is between bodies, but of bodies, before us and beyond us, yet also very presently this body too…Water entangles our bodies in relations of gift, debt, theft, complicity, differentiation, relation.” Writes Astrid Neimanis, and this impulse of reimagining how we think with, through and about water — as archive — in a manner that directs us away from dominant western metaphysical traditions is what lies at the root of One-Fifth of the Earth’s Surface. The collaborative project offers multiple readings of the unpredictable transatlantic waters as an evolving structure that initiates change on its surrounding lands, rerouting power and reshaping the lives of all who depend on it. “This digital exhibition does not consider virtual space as an interconnected web of disparate parts, but rather as a continuous ocean of water. We invite you to explore this continuous flow of information and thoughts which — like water — are ever-changing and readily responsive to interruption.” Reads the text on the exhibition homepage. An interactive digital exhibition-as-conversation between an archive continuously in the making, is how I would language One-Fifth of the Earth’s Surface. 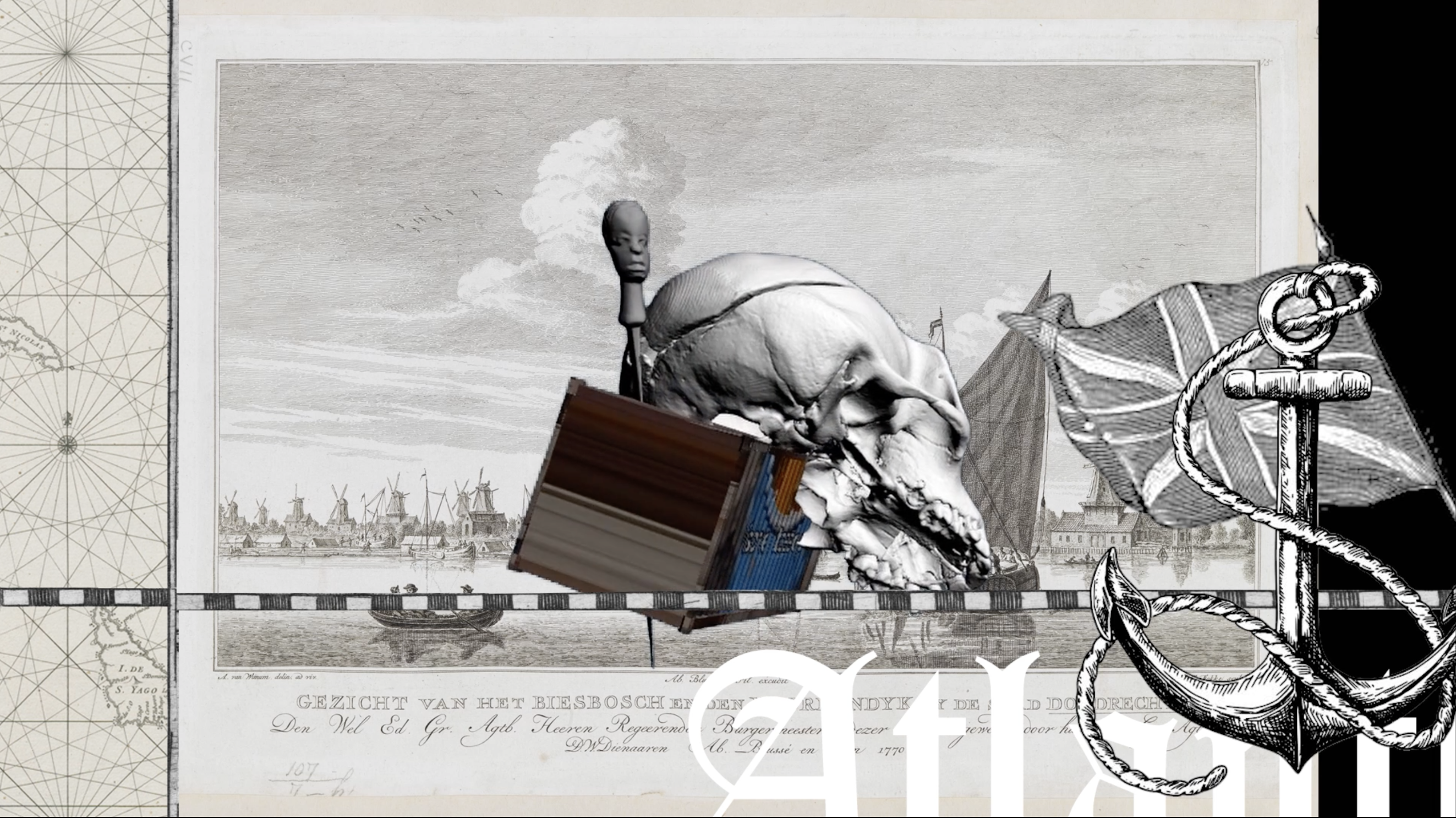 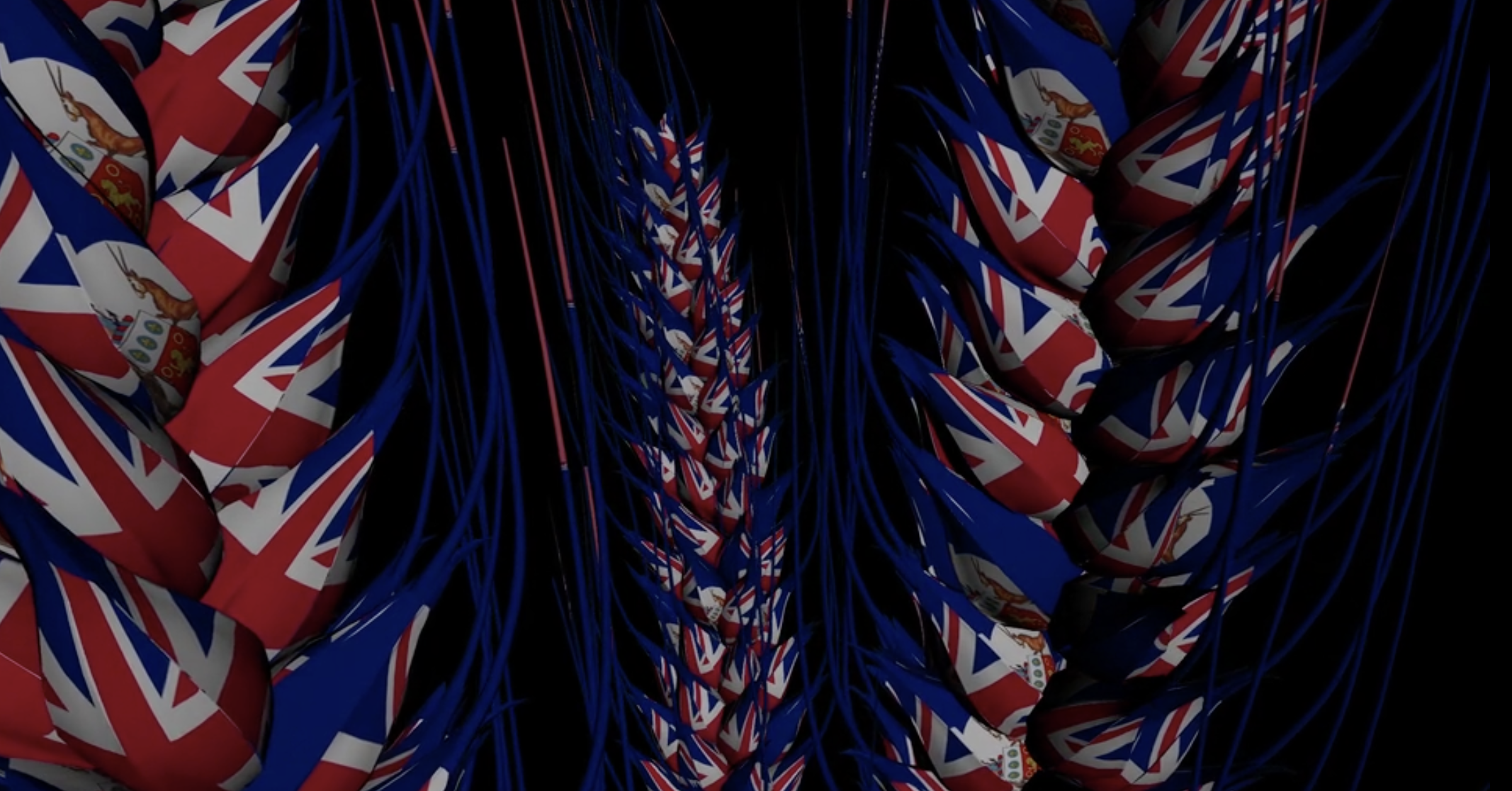 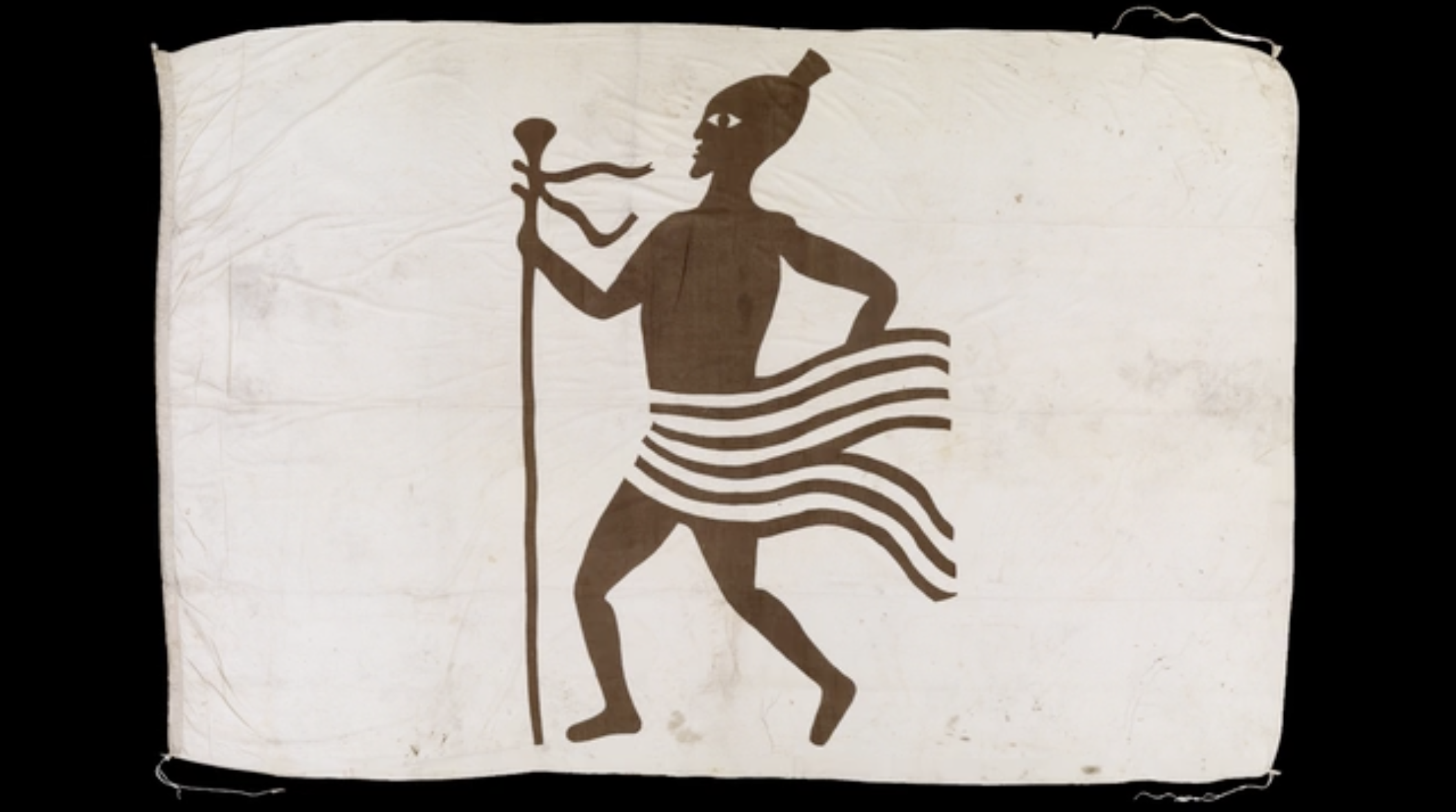 The collaborative project between the Atlantic Ocean and artists Maxwell Mutanda and Hakeem Adam, who in 2018 were both selected for a British Council programme called CollabNowNow, in which 9 storytellers from Africa and the UK were brought together to conceptualise and create collaborative work. From this the foundational ground of Maxwell and Hakeem’s collaborative working relationship was formed; ultimately leading us to the creation of One-Fifth of the Earth’s Surface. One-Fifth of the Earth’s Surface will live online as a microsite for the duration of a year, where visitors are invited to explore various narratives of the Atlantic, presented as a series of digital drawings that have been inspired by an array of research and archival material. The work will consist of 5 chapters of digital drawings which from various perspectives will highlight the dual/duelling narratives on the sociopolitical impact of the Atlantic. The chapters are as follows:

Cartography: explores the relationship between what is represented and what is left out. How do the maps connect other parts of the world to the Atlantic?

Ports: which interrogates the movement of goods and services.

Analog of Rivers: engages in a dialogue on how the Atlantic is fed by our activity.

Navigation: reflects on journeys and destinations.

Memory: which asks how to capture change in an ever-changing environment? What methods does the Atlantic, as a material entity, lend to archiving?

I bathed in the Euphrates when dawns were young.
I built my hut near the Congo and it lulled me to sleep.
I looked upon the Nile and raised the pyramids above it.
I heard the singing of the Mississippi when Abe Lincoln
went down to New Orleans, and I’ve seen its muddy
bosom turn all golden in the sunset.

Recites Langston Hughes in a recording of his poem The Negro Speaks of Rivers, textured with feelings of a Jim Crow era “past” under the Analog of Rivers section of the project website. One-Fifth of the Earth’s Surface is an intellectually and re-imaginatively generous offering that beautifully synthesises Hakeem Adam and Maxwell Mutanda’s respective knowledge(s) of the built environment, natural landscapes, digital landscapes, data and sound design, and allows us as the audience to take part in an open dialogue — wherein we are made privy to the rich conversation between both artists and the great expanse of the Atlantic Ocean.

View/engage with One-Fifth of the Earth’s Surface here! 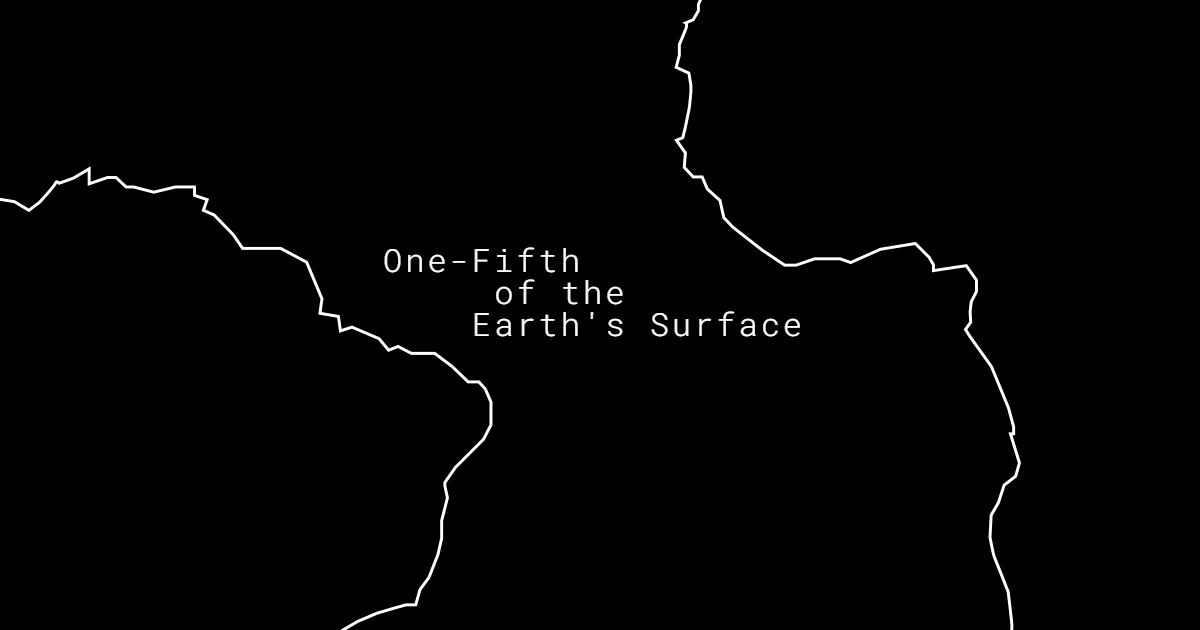 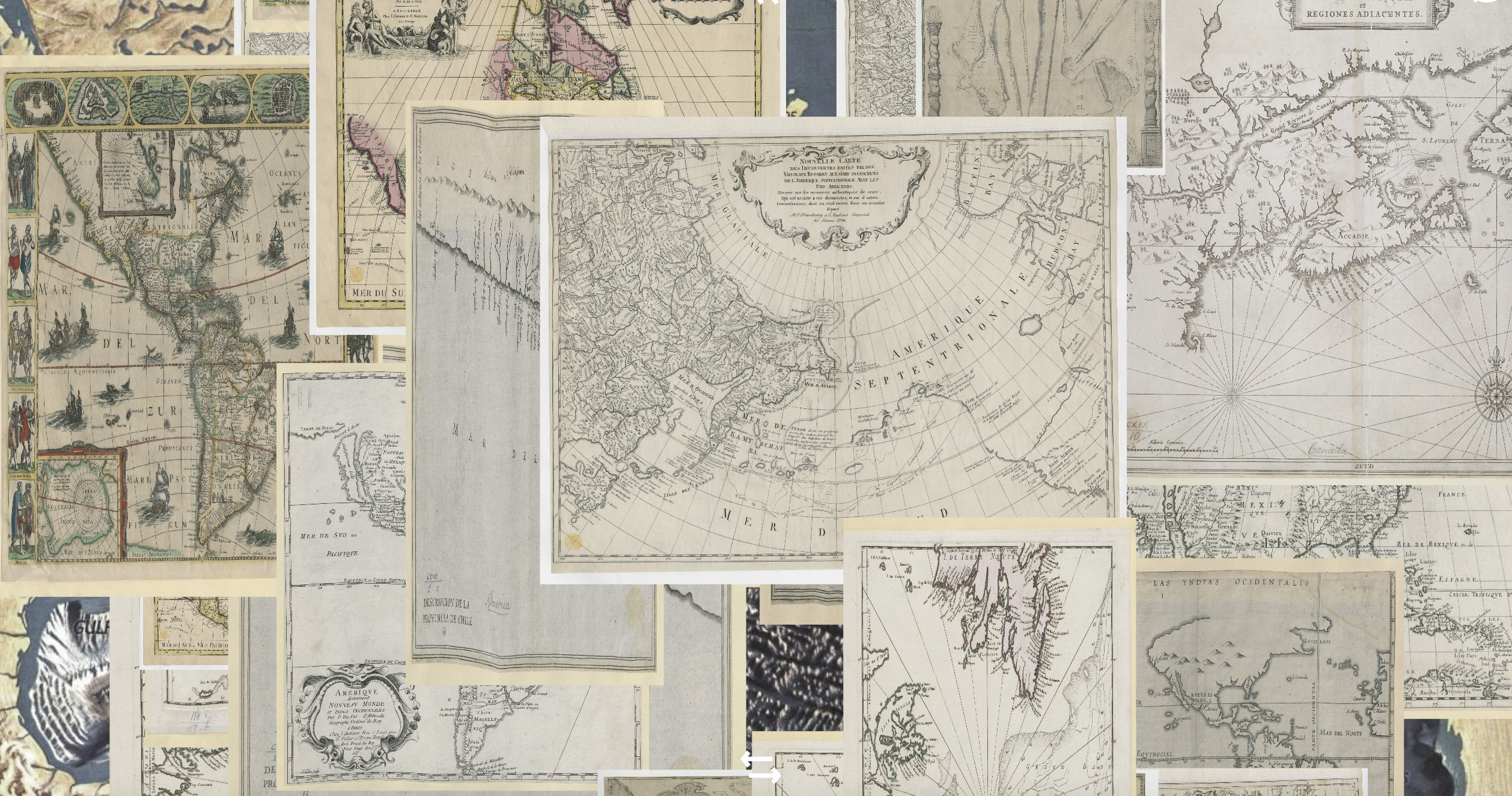