The Kewpie Photographic Collection is a valuable resource documenting a thriving and celebrated queer culture within a community that has since been scattered, showing the value of personal archives in telling potentially lost stories. The collection reinforces historical understandings of District Six as a close-knit community where diversity was valued, while highlighting a lesser-known aspect of District Six history.

As a people united in our queerness, we are the keepers of our own memories. The grassroots archivists of our own idiosyncratic and kaleidoscopic joys, desires, grief, resistances; the full spectrum of our lives. GALA’s Kewpie: Daughter of District Six exhibition is one such splendid example of a queer people and community’s capturing and remembering of H/history through intimate archives — those photographs taken by friends, neighbours, colleagues and intimate strangers. As writer Marcia Elizabeth writes in an article for Bubblegum Club titled “Kewpie – A South African Trans Icon before Trans Icons”:

The Kewpie photographic archive is GALA’s largest personal photographic collection and consists of over 700 images and their negatives. These images were photographed between the decades of the 1950s and the 1980s and were most often personally captioned by Kewpie upon their transfer to GALA in 1999. The photographic archive depicts images of Kewpie working in the Salon, Kewpie and others socialising and performing at events, portraits of Kewpie and her friends, her lovers, her neighbours, parties as well as extensive documentation of everyday life within District Six. These images further become a lens into the physical and political landscape that was changing in District Six while simultaneously reflecting the socio-political effects of the forced removals in the area during the 1960s.

While there is no doubt that the Kewpie photographic collection is an important documentation of life in District Six, more than that, it is also an important documentation of queer history textured with geo-political and historical specificity. In an effort to raise funds for the District Six Museum and to bring into circulation the message of freedom, so iconically represented by Kewpie, Daughter of District Six, The Kewpie Legacy Project has been launched. A fundraising campaign which kicked off at AKJP Studio in Cape Town on May 27. “As [an] Ambassador to the program, I believe it is important to uphold the memory and name of Kewpie from District as the Iconic Diva Mother of Cape Town and preserve the legacy of the people from district six”, reads artist queezy’s Instagram post caption in the lead up to the campaign launch. The artwork for the T-shirt draws from the personal photographic collection at the GALA Queer Archive in Johannesburg and celebrates District Six’s unique spirit of place, however, as much as the collection is a celebration of Kewpie’s life and resilience, it is also a manifestation that aims to bear witness to the collective loss, pain and struggle of a community. Launched by New York Bagels all the funds raised through the campaign will go towards District Six Museum, stated Nina Milner owner of New York Bagels. In a short and sweet — virtual — conversation from afar with Nina Milner, I asked her a couple of questions about the campaign, its founding intention and archiving. 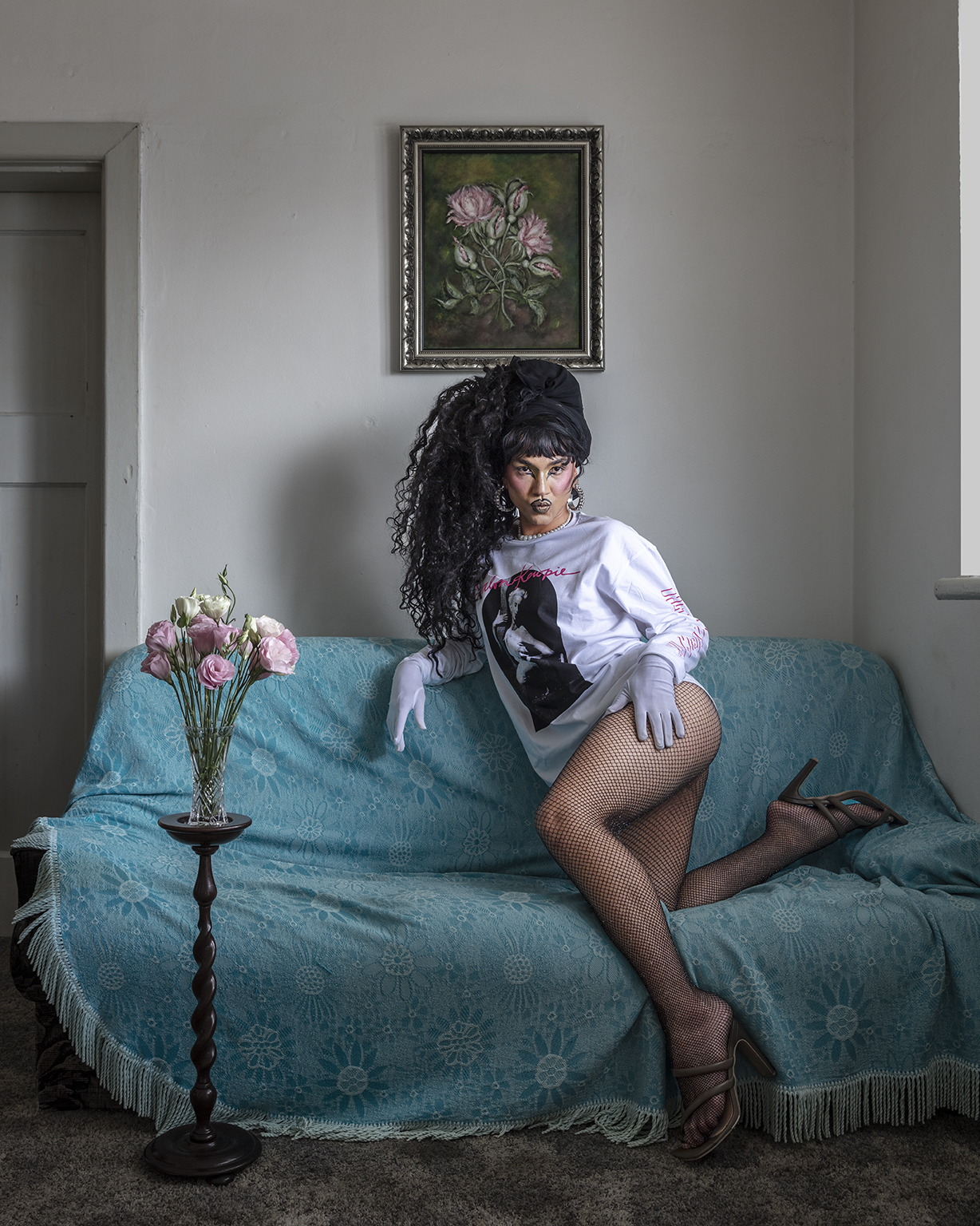 What impulse or need was the Kewpie Legacy Project born out of, why this H/history, community and museum?

Nina Milner: I am the fourth generation of a bakery called New York Bagels (est.1938) currently operating on the same block as the District Six Museum. My mother is a lifelong friend of one of the directors, Tina Smith. Because of their relationship, and of course our proximity to the museum itself, I became very aware of the existential financial crisis they were facing as a result of not having the tens of thousands of tourists supporting their non-profit organisation. The instinct to apply myself, not only to raising money but to invigorate the local awareness of the museum, it’s situation and its work — made sense to me. I am 33 years old and I found myself in a generational position to cross pollinate values that are deeply relevant to the academics at the museum and the streetwear donning kids of now. It felt like the youth of today were being misunderstood from the perspective of the older political guard. We didn’t have the experiences they had. I understood that to them, we are hard to connect to because we’ve gone online. I also have a deep respect for the youth, in a way that they are not privy to — because I witness young people being intellectual, organised and with a serious political agenda on the platforms built into their world. I wanted a way to connect the museum to who we are. Also, I wanted a way to show young people, local children, what the work of the museum really is and that the concepts are relevant to us, in spite of the interface not being so. The story of District Six is inseparable from where we find ourselves today in our national and universal consciousness; territory widely discussed online. Discourse on concepts like belonging, resilience, loss and queer identity… This was my thinking and streetwear became the first practical step.

I think the T-shirt does something cool — perhaps unintentionally, I don’t know — in that it offers new ways of thinking about the archive and archiving. With the photographic imagery making up its design, it transforms it into more than an item of clothing; turning it into a contemporary, widely accessible, moving (when it’s worn) archive. Was this part of the thinking when conceptualising the campaign?

Nina Milner: The way you’ve phrased the question, is the keenest interpretation of this project, so thank you. It was precisely my intention to do this. I was married to a professional skateboarder, who literally had an archive of T-shirts that were important to his professional, personal and contextual narrative. I’ve looked at streetwear with archival potential since then. Also as a way of communicating ones values. This project was certainly informed by that way of thinking. When permission to use material from GALA Queer Archive was granted, the project became possible. I intend to continue using this new constellation between the museum, GALA, the material, Kewpie’s surviving family and Kewpie’s message — to share and develop the principles I hope I covered in my previous answer — through streetwear. There is also a photographic component to the project, where I hope to facilitate portraiture of artists that carry the torch of Kewpie’s most important legacy, so that over time, we can build a contemporary archive that collects around, responds to and gives thanks to Kewpie and all the people she called friends.

The Kewpie Legacy Project T-shirt is available to purchase at AKJP Studio here! 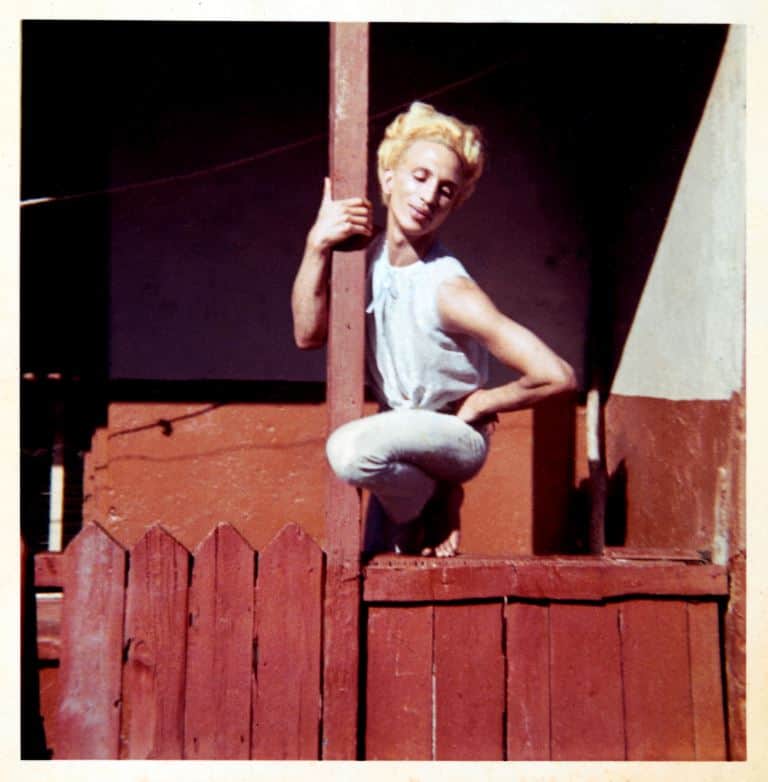 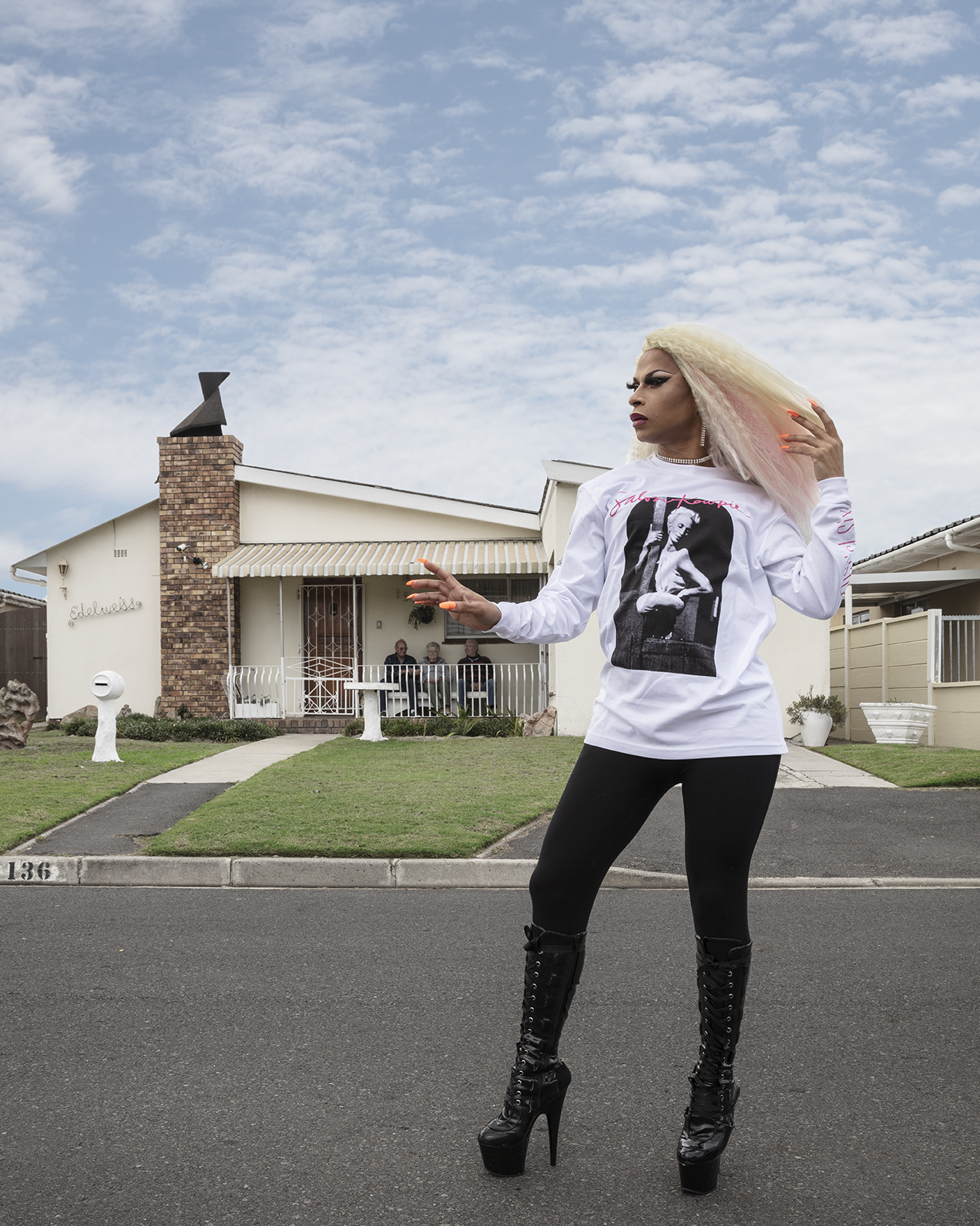 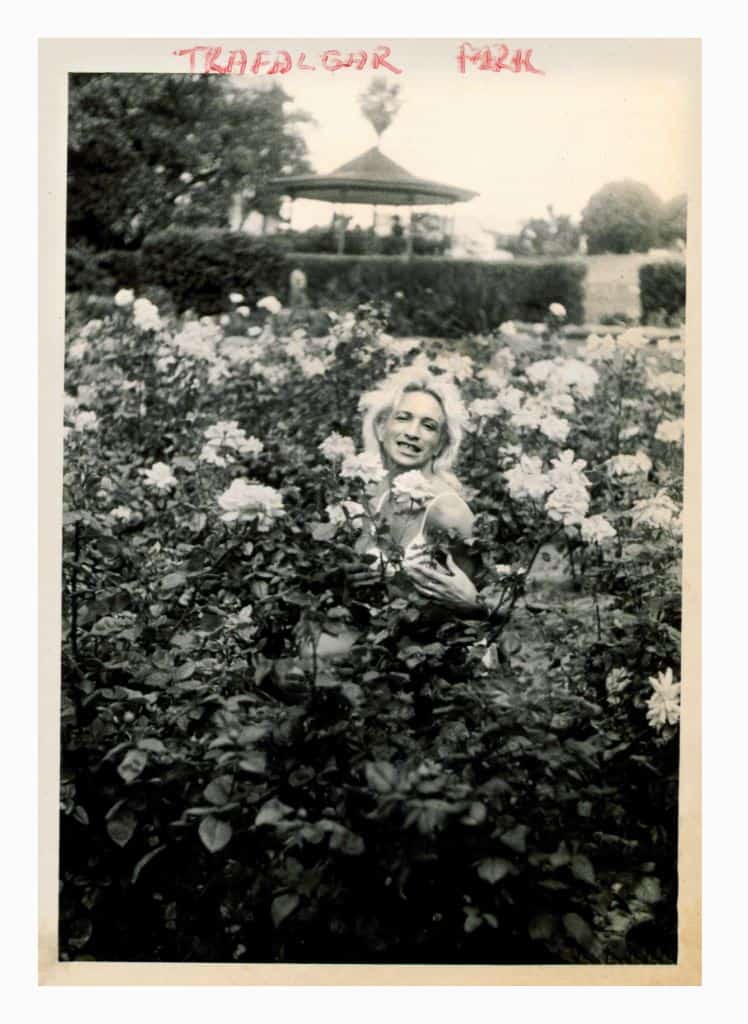 Is Harry Styles too comfortable in his (performed) ambiguity?