Gold and glinting, an icon of triumph. Surrounded by murmurs of opening-night anticipation. Situated at the The Point of Order, Adrian Fortuin’s The Readymade, Made Ready stands proud, in wait. Guarded, as an emphasis of value, this social sculpture was truly activated when it was awarded, in a turn of events, to the maker himself. Interested in exploring the functional and sculptural value of the readymade, Fortuin decided to explore the conventional process in reverse – presenting it as a functional object within the context of the ceremony. “The trophy was an appropriate object that could insert itself into the situation and also it could involve not only the spectators, but also the people who chose it and acknowledged it as a work of art, but also awarded it to the winner”. Now conspicuously absent, the residue of this performative gesture is marked only by an empty plinth and white-museum-grade-gloves.

Fortuin’s piece, presented as a kind of institutional critique, relates to the rest of the exhibition in the sense that despite the diversity of subject matter, a conceptual thread is present that links the other works on show together. Political in nature, the other twelve artists or collectives selected for the award deal with issues related to identity politics, placeness and the environmental crisis. On the note of value, Jessica Jindrich’s Make Do video piece explores, “the ‘unmade’ art-object as a refusal to accept the capitalist criteria of work and productivity and to emphasise the importance of pluralizing the possibilities thereof”. Adjacent to Fortuin’s piece is Shayna Rosendorff’s poignant Why invest in gold if it leaves you with nothing to drink? Her photographic series depicting a miniature glittering landscape explores how the gold-mining industry has impacted the landscape and the value of water. 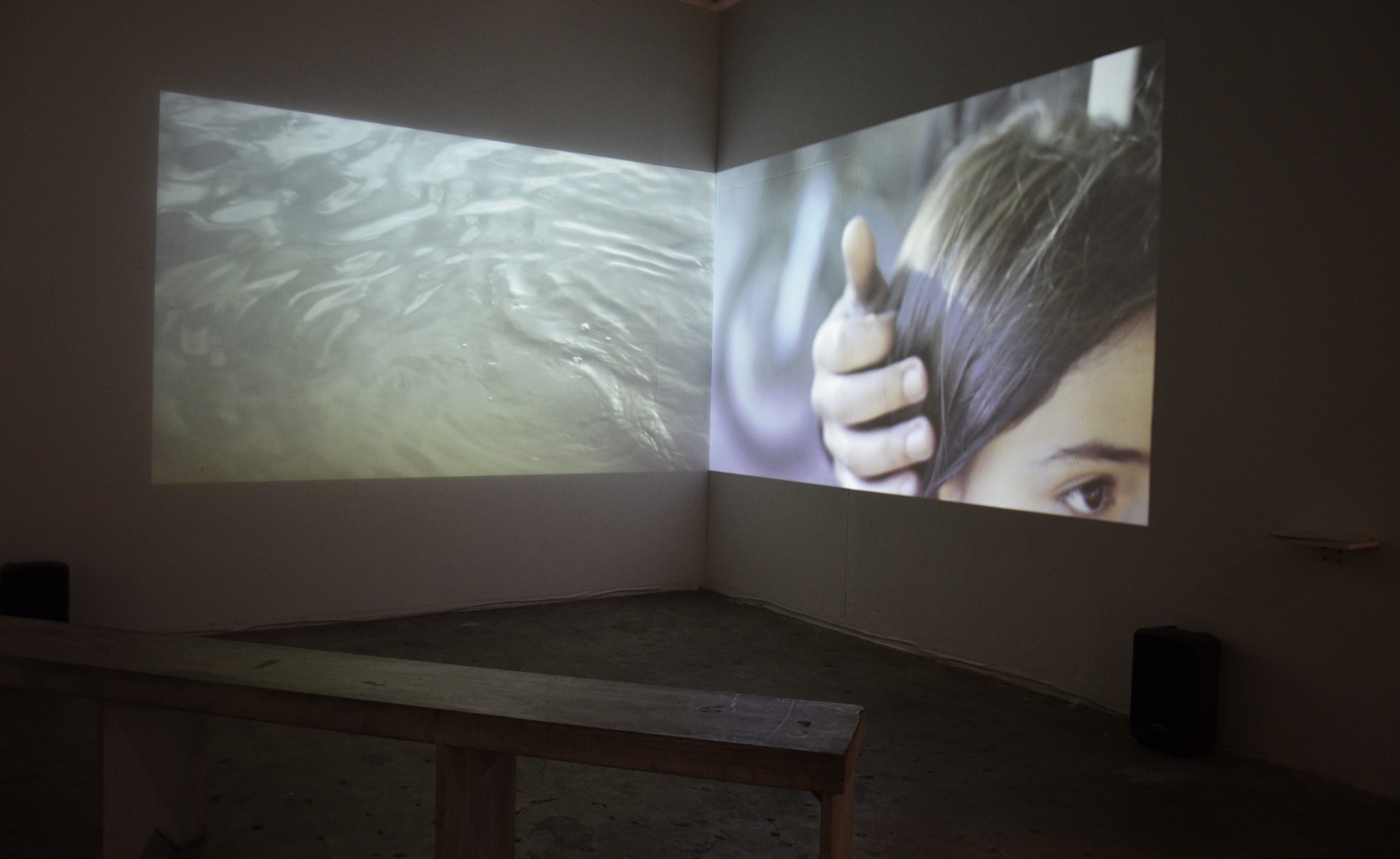 Furthermore, A Sentient Being by Talia Nundlal is a sculptural work that might look good enough to eat – until closer inspection. Dense layers of dried petals lay waste between pieces of plastic, carefully encased by fondant icing to represent the earth in a dying state. “Would we care more about the earth in a dying state if it were to infiltrate our luxury items?”. Nundlal goes on to say, “we’re so concerned with the aesthetics of things that we forget how much waste we’re causing”. This sentiment is carried through in the work of Chelsea Selvan and Sinead Thorpe. Their jarring and provocative, Choke on This, stems from a desire to speak to the negative impact of plastic and sunscreen on oceans and sea-life.

The sea features in quite a different sense in Hemali Khoosal’s (first runner-up) Between Two. The ocean becomes limbo, as a space between movement, migration, transit and terror. Khoosal astutely notes how, “the way we name things is of consequence and Mediterranean means ‘middle land’”. Her video installation is a commentary on ascribed identities located in a site of constructed place and the imagination of nationalism. “I think with globalization, hybrid-identities are becoming more and more common, so it doesn’t matter whether it’s in France or South Africa or anywhere really, these sorts of issues are very prevalent”. 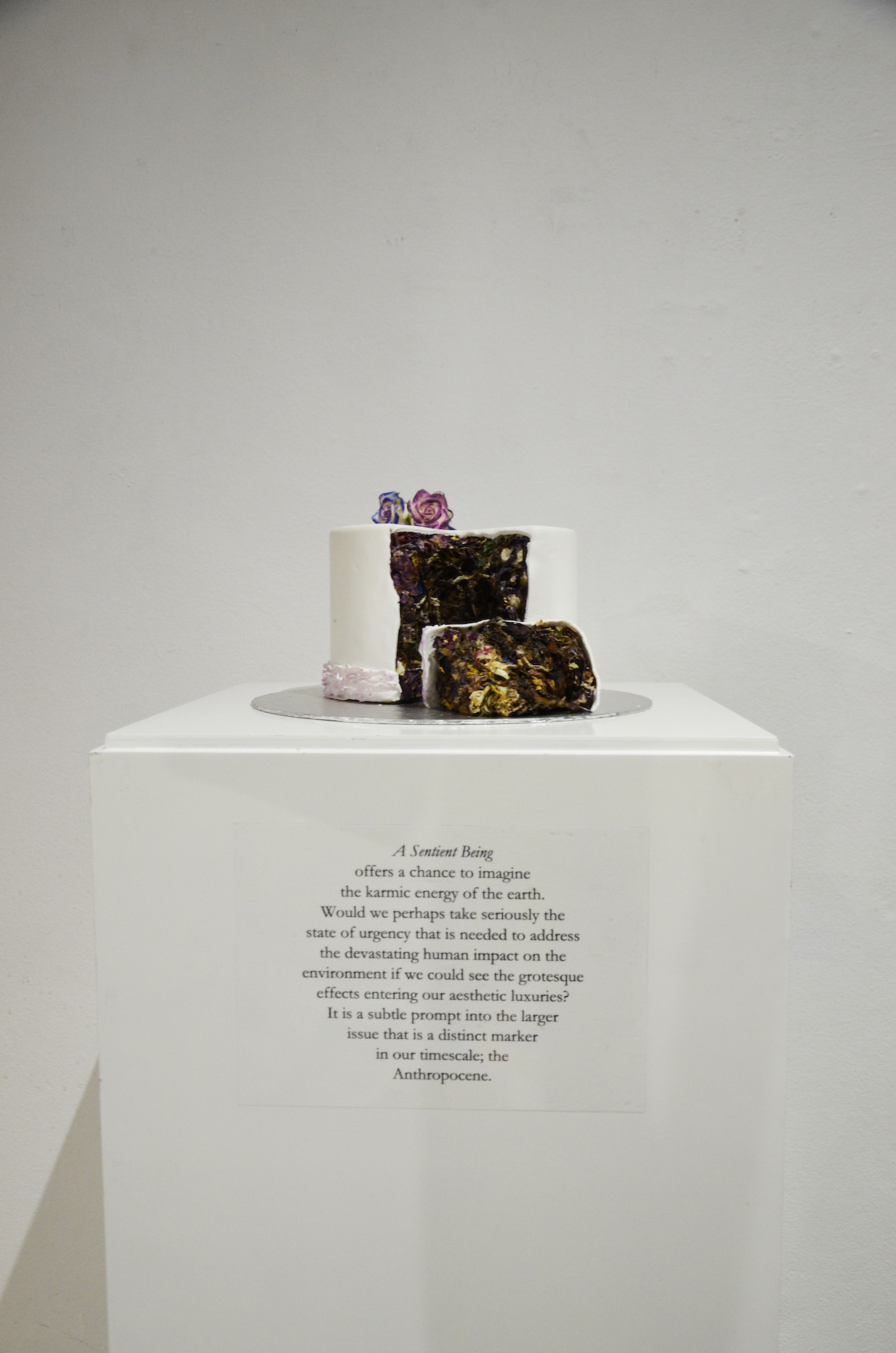 Place and constructions of identity feature in the haunting Re-formed photographic series by Siyabonga Mahlaba. His ongoing project of digital collages documents the dynamics and disparities of the N.G. Church across racial lines in his hometown of Bethlehem. Eerie environments are constructed from misplaced congregations and empty church halls. For Mahlaba, the work also raises questions of faith. The impact of Catholicism in Africa as a tool of colonialism is interrogated on a more historical level in the collective work of MAGOLIDE (second runner up). Emergence Afri’ Viola is a reference to Bill Viola’s Emergence (2002) recreated in a new narrative as a means of, “overturning the location of African histories and the omission thereof”. Masks from North Africa are represented in a scene created with Google Tilt Brush (the VR sculpturing programme) and produced in partnership with the TMRW Gallery. Whereas the physically imposing Eureka! Orania by Gabriel Baard presents “discontented discord around racialised space, particularly within smaller towns and rural sectors of South Africa”. Exploring residual structures of the architecture of apartheid through silk-screened toilet paper and porcelain throne.

In reimagining historical heroines, Saajidah Madhi presents La Ilaha Illallahin the form of formidable sword. “I was digging into the history of Islamic heroines that existed and how they lived, when I came across this amazing woman warrior Nusaybah Bint Ka’ab”. After participating in six battels at the expense of several wounds and even her hands, “she used her body as a shield to protect the Prophet Muhammed (SAW)…She was so strong in her faith and such a brave warrior that she witnessed both her sons pass in front of her and yet she never gave up”. Hot & Bothered by Victoria Bester protests the use of women’s bodies for capitalist gain. Her interpretation of 60s vinyl and film covers are reimagined through techniques of embroidery. In reference to the Victorian era connotations of her chosen medium, “embroidery was used to supress the female libido” hence the title, Hot & Bothered. Pop-culture references that made use of the female form to make music and film more desirable for consumerism, are abstracted by Bester and suspended between two sheets of clear perspex for view. 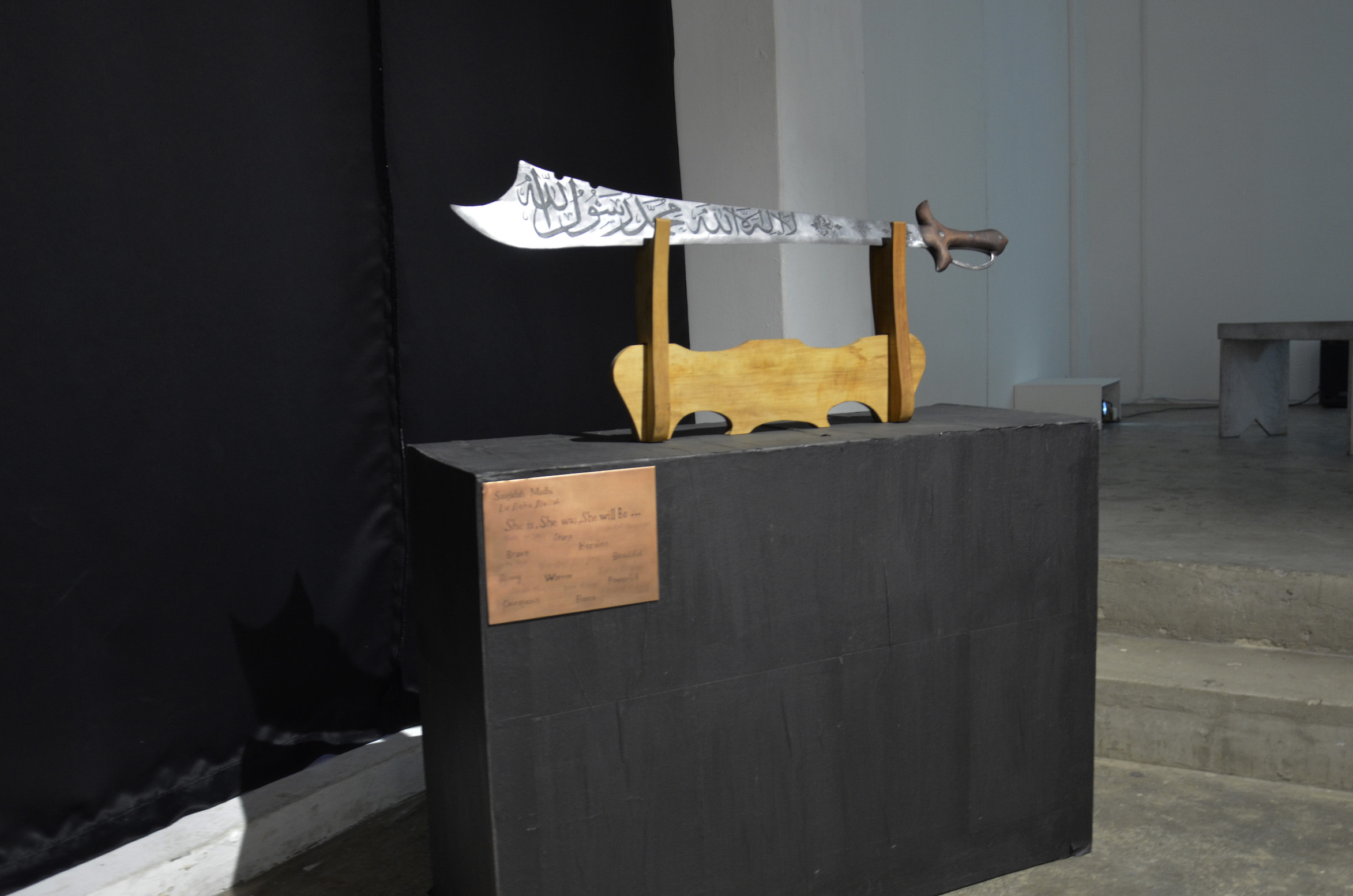 Similarly, Bite me! By Kate Northmore and Shannen Marks explores subverting the gaze. “Please taste. Please Read. Are we allowed to like Fucked up things?” Primarily focusing on publications, the collective duo is interested in creating texts about erotica. Whereas Emma Prior’s Is Homosexuality un-African?investigates sexuality in the context of trauma in the LGBTQIA+ community. Positing homophobia as a product of colonisation. Presented on a TV screen and newspaper supplement, Prior’s work provides a commentary on how media and the dissemination of information affects perception of and about the LGBTQIA+ community.

This year’s iteration of the Wits Young Artist Award felt coherent despite the range of conceptual inquiry. Well curated, it is exciting to see the depth of thinking that young practitioners are applying to the contemporary moment. 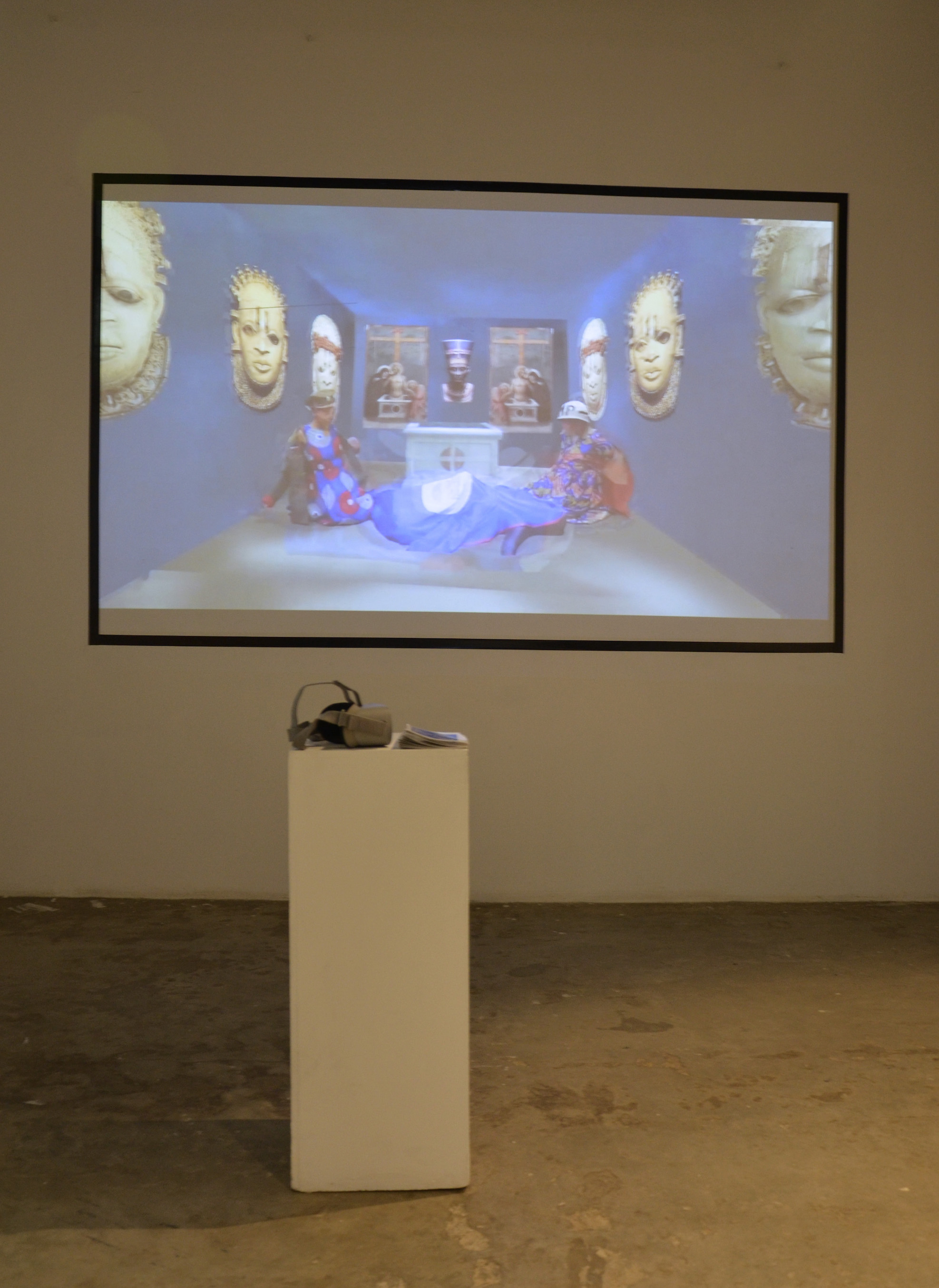 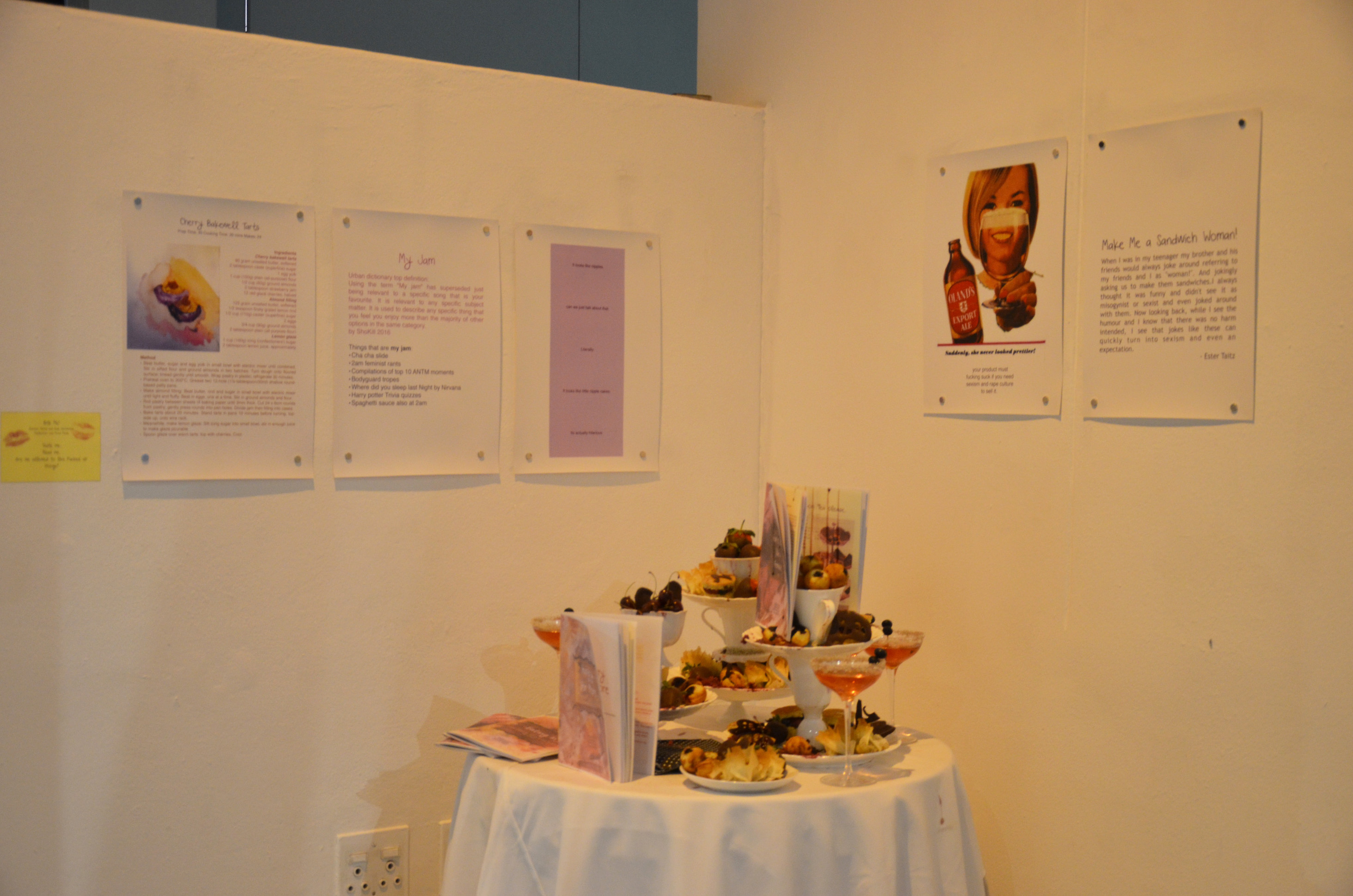 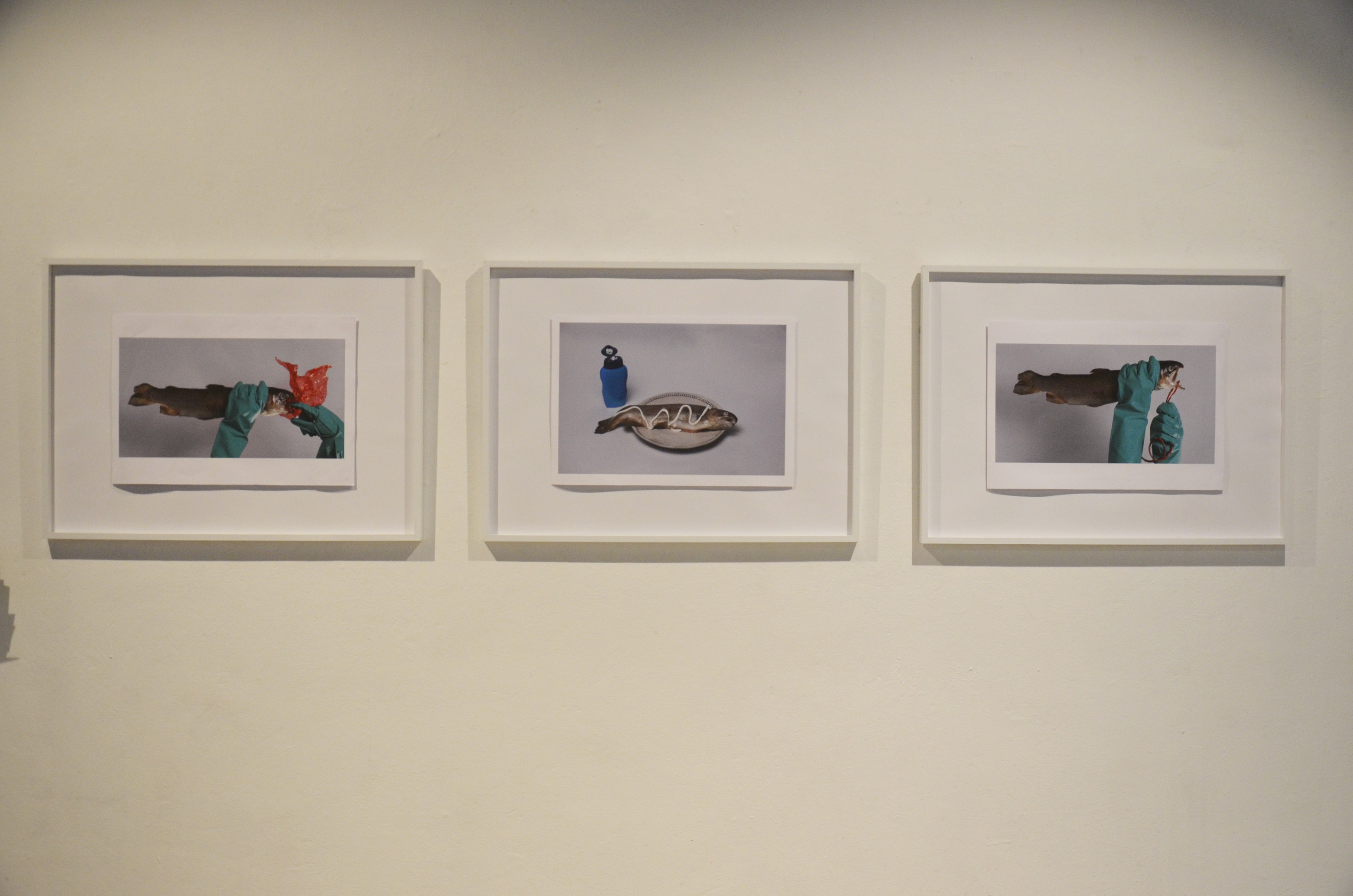 WYAA // Providing Platforms for the Emergence of Young Artists