‘The Wretched of the Screen’ – Questioning mainstream media - Bubblegum Club

We miscalculate the effect of the mass media. Television – IT can act as a medium to explore, create, educate as well as nullify our observation. Consuming the “noise” from the screen is far from an innocent past time. It seeps into politics on both a personal and a collective level. How identity, the body and place are shown on this apparent “entertainment medium” has an impact on what we consider to be objective. This creates room for bias and prejudice to cross the line into everyday life.

The Wretched of the Screen is a group show at the Goodman Gallery, Cape Town and is aimed at not only documenting but subverting the politics of the screen. Taking its title from the text by the same name (Hito Steyerl) the show elaborates on the idea that clear political objectives are altered by being broadcast onto our slick television screens.

From Televisions, Ponte City, Johannesburg (2008 – 2010) by Mikhael Subtozky and Patrick Waterhouse documents and in a sense, archives the television screens found in every apartment of Ponte City. Displayed in a grid format the screens morph to create a panopticon (an institutional building and control system created by social theorist Jeremy Bentham). The panopticon set up reveals the everyday lives of Ponte’s residents much like the nature of a surveillance state. Since evictions took place in the building shortly before the artists’ arrival, the occupancy has dropped to nearly half of what it used to be. The body of work unpacks the myths of Ponte and simultaneously works to dissipate them. The television screens are added as a symbol of domesticity and relatability.

Twin brothers Hasan and Husain Essops criticise media incited perception with Freedom Fighters. The work acts as a method of deciphering and dislocating negative ideas about Islam while simultaneously celebrating their religion. Taking on the role of Jihadists in training they comment on mass media’s choice to often link Islam with acts of terror in both fiction and news broadcasts. Making use of cinematic framing for this piece this idea is echoed loud and clear.

Untitled, Wendat, Amman by Thabiso Sekgala  graphically depicts an endless display of mannequins that include a female figure that relies on tropes such as animesque large breasts as well as a muscular male chest. This work acts as a commentary on a gaze that subjects bodies to expectations that are damaging. Criticism of the media’s portrayal that only idealises certain bodies and certain skin colours not to mention certain gender ideals and expressions lead to the breakdown of self-esteem.

Candice Breitz looks into the behind the scenes of the South African Broadcasting Corporation with SABC Minimal series. This establishment, despite changes in the inner workings, carries the scars of the part it played in our country’s history–in serving as a brainwashing machine for the National Party during apartheid. A re-examination of this establishment is vexed by new criticism of the SABC’s involvement with the ANC which includes allegations of corruption. The question then is, what has changed about the nature of the SABC except for liaising with a different set of powers in modern times…

The Wretched of the Screen becomes a reminder of the inseparability of art and the political and, of course, the politics of representation that unashamedly exist in mainstream media. A body politic, a social politic and an economic politic that favours certain bodies over others in discriminatory ways. To what extent do these fallible, problematic and stereotyped perceptions that we are fed from our screens infiltrate our minds?

Fake news! Can we trust the press? Can we trust a news broadcast? Simultaneously the exhibition delves into notions surrounding privatization and surveillance as can be seen in works such as From Televisions, Ponte City, Johannesburg where we pay witness to the deeply personal spaces of Ponte residents. Further Untitled, Wendat, Amman reminds us of the toxic body ideals that are shoved down our throat daily in near satire and irony. This group show plays an important role in helping us reflect on our media consumption and our often uncritical acceptance of what we are told via these networks. It asks us to think, be critical and reflect upon what it is that we watch on our televisions.

But contemporary art is not only about beauty. It is also about function. What is the function of art within disaster capitalism? Contemporary art feeds on the crumbs of a massive and widespread redistribution of wealth from the poor to the rich, conducted by means of an ongoing class struggle from above.

The Wretched of the Screen is showing at Goodman Gallery, Cape Town till the 24 August 2019. 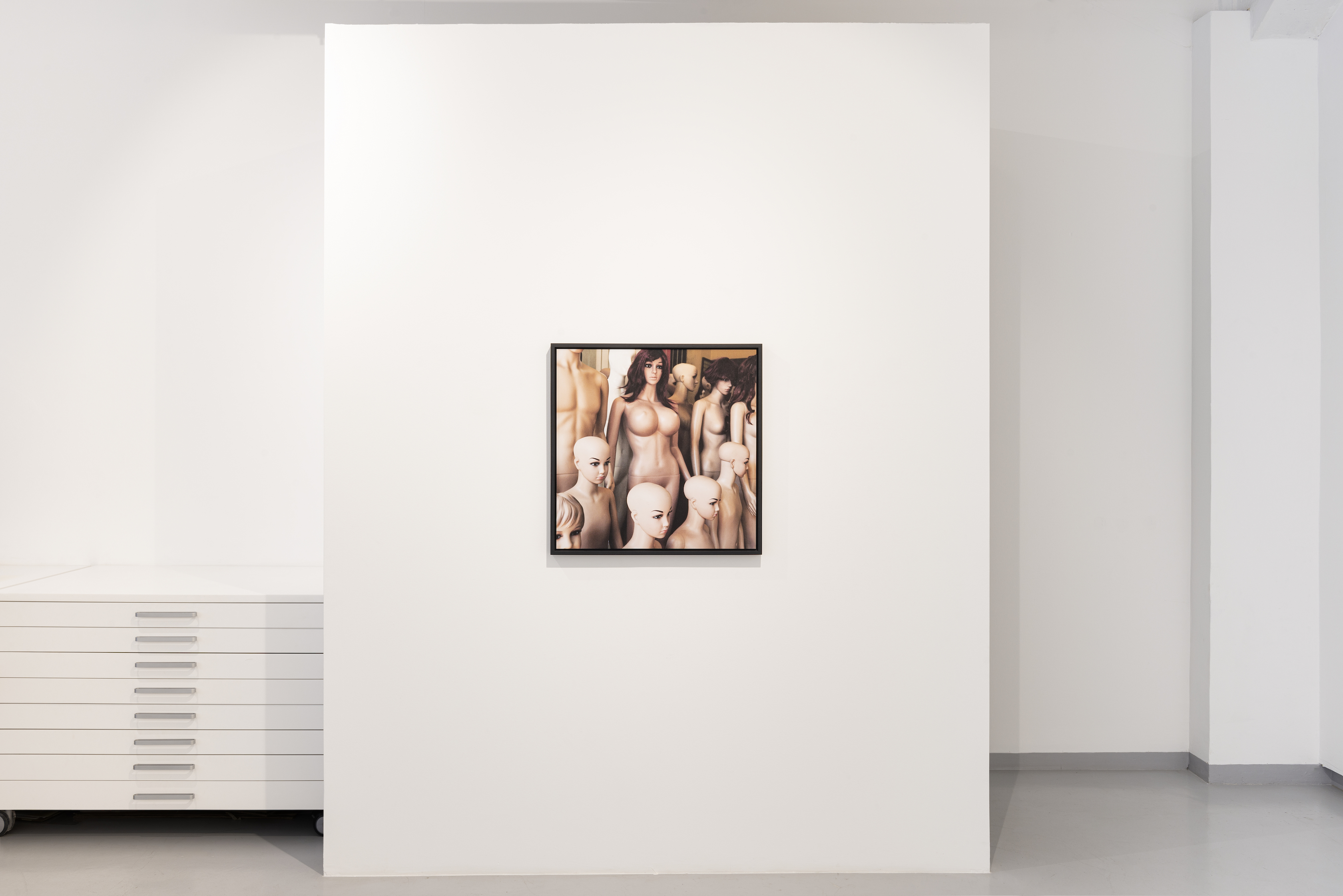