The isms within the metaverse - Bubblegum Club

Rac(ism), Sex(ism) — We just can’t seem to get away from the plagued and violent nuances that exists in the “real” world within the Metaverse can we?

Upon my continuous research on all things metaverse, crypto and NFTs, it was brought to my attention that the virtual world is in fact also racist, homophobic and sexist — surprise surprise!

Perhaps, one of the most jarring instances of these prejudices was a case of racism that I saw within the NFT realm.

In 2020/2021, we saw a mass surge in racist NFT creations — perhaps to combat BLM protests and campaigns — including NFTs depicting George Floyd called “Floydies” that were launched on OpenSea on December 7th, designed specifically for sensationalism and to cause outrage amongst the general public. 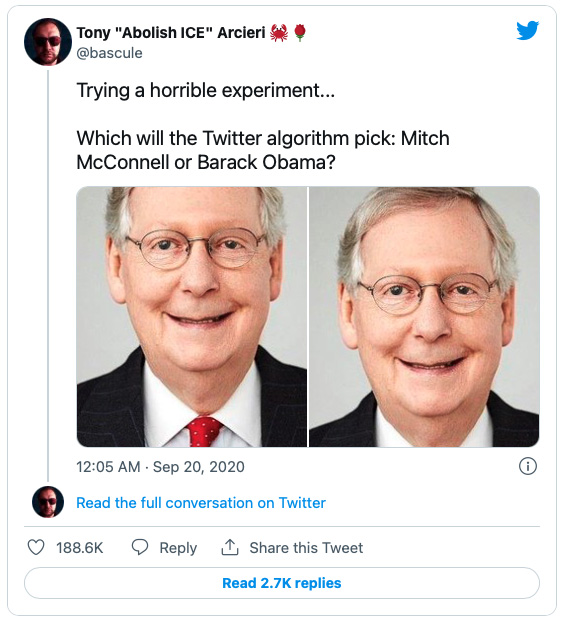 The creator grossly (and smugly) expressed on his OpenSea page that “Floydies are a unique and progressive way to celebrate the monumental life of George Floyd”. “George Floyd was a victim of [racialised violence] and has since become an inspiration to the BLM movement [in the United States]. Owning a Floydie is a great way to express yourself and your beliefs!” He continues.

Beyond CRINGE. However, my belief is that it all leads back to the intersections of socio-political and historical human constructs and advances in technology.

Human experience is subjective and informed by historical contexts, whereas the space of IA, robots and technology is one we think of as imbued with objectivity and rationality.

However, technology is also a space of mediating human ideas and creative visions via programming and algorithms, therefore, complicating this space of assumed rational objectivity. 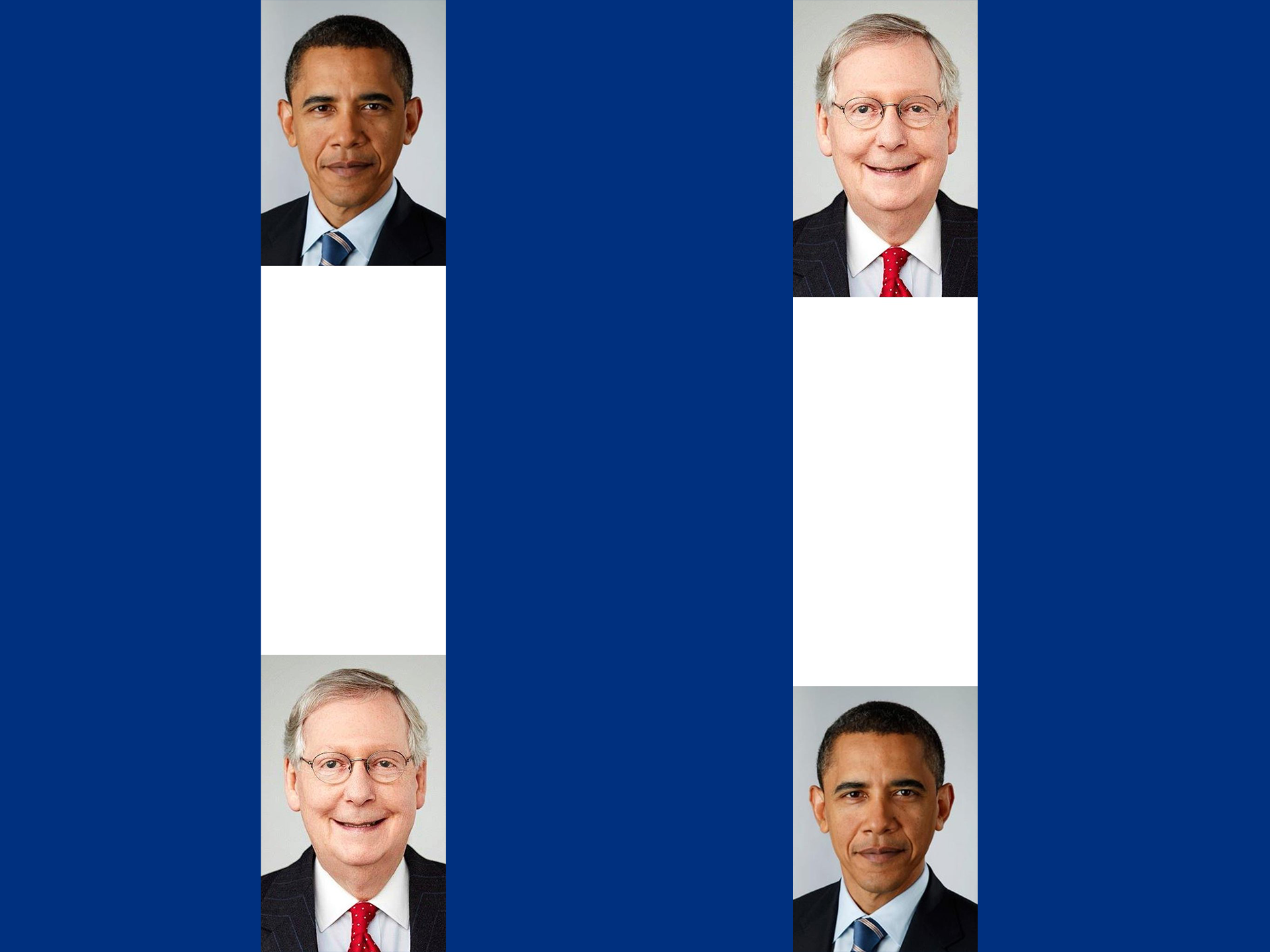 This leads to cases of perpetuated isms even within our digital and virtual worlds such as with Twitter’s image-cropping algorithm, which went viral last year.

The algorithm worked in a way where if a Twitter user were to tweet an image with a Black and white people, it would almost automatically crop out the Black person and focus on the white person.

Another case from the Twittersphere was the platforms preferencing of images that appeared to show younger users.

Machines and programs only do what they are taught through a process of “machine learning”, which is an aspect f AI. This involves exposing a computer to a bunch of data — any kind of data — the computer subsequently learns to make judgments, or predictions, about the information it processes based on the patterns it interprets. 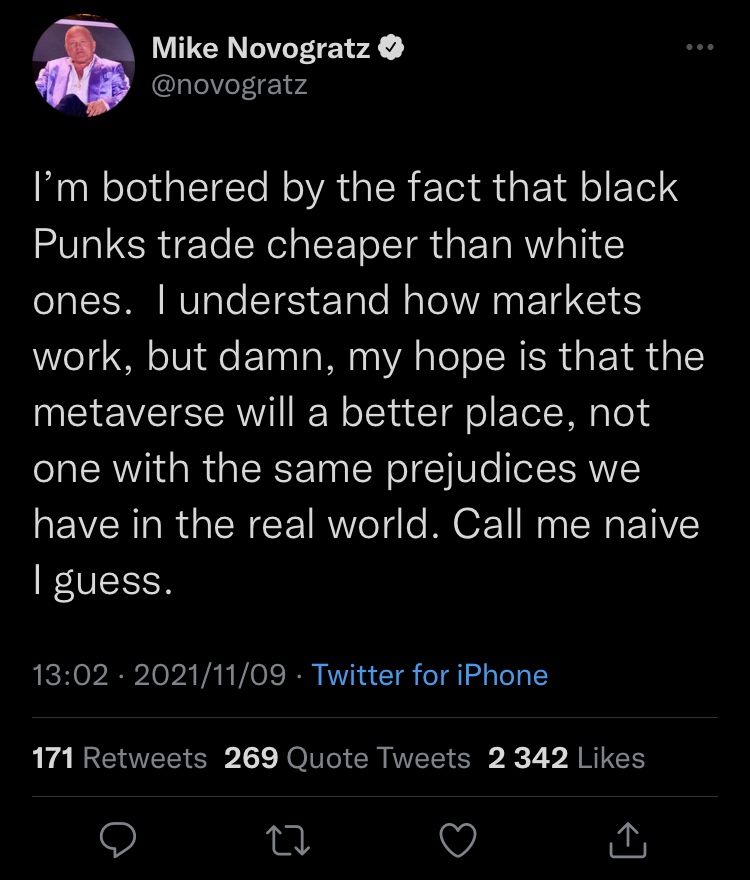 So for instance, in the case of Twitter preferencing seemingly younger people, the program was exposed to human interactions, google searches, online discourse, etc and concluded that as a society, we place higher value — whoever that value is quantified — on younger people. Therefor, it displays that data back to us more frequently

The NFT space is also not exempt from prejudices. Take for example the fact that femme CryptoPunks and those of colour, tend to sell for less than avatars with masc traits or fair skin, with the bulk of sales — roughly 77% going to creators who are men while only 5% of sales go to femme artists (16% are uncategorised).

However, CrypoPunk investors have argued that “race prejudices have no influence on sales but rather it’s because of the fact that people currently willing and able to pay top dollar for digital goods aren’t bidding on avatars that don’t look like them.”

Although there may be some truth to this assertion, there is also jarring inconsistency when contextualised. 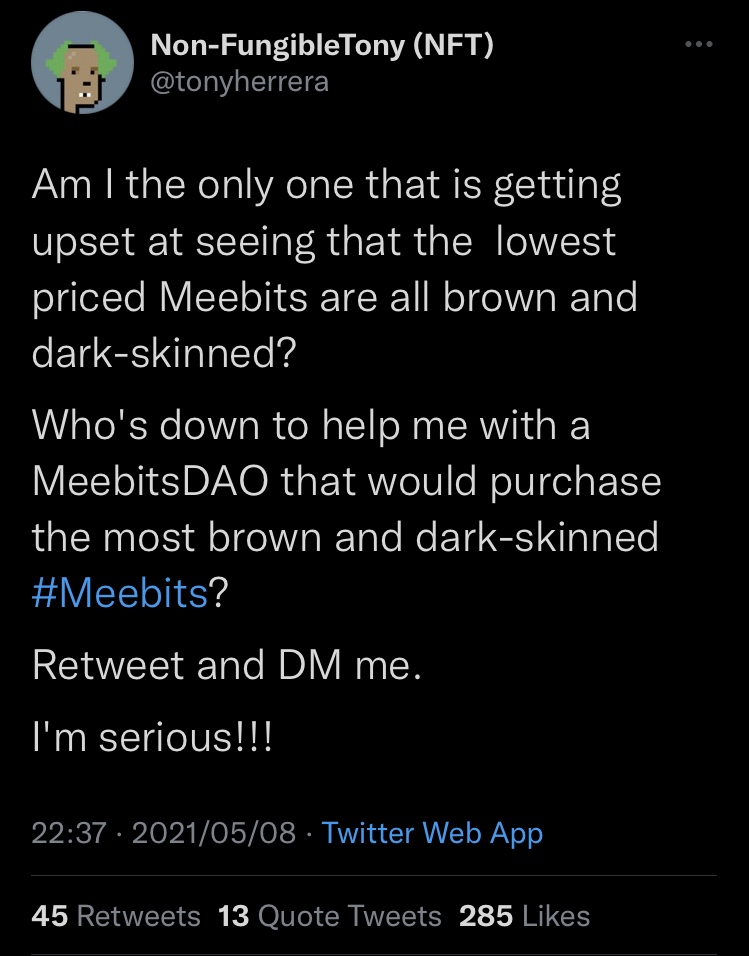 We know that financial reward forms a large part of the NFT conversation, we also know that rare NFTs sell for the highest amounts. For example CryptoPunk #5822 was sold for roughly $24 million in Ethereum, but if only 3,840 of the 10,000 CryptoPunk NFTs are femme — thus making them “rarer” and more valuable — why are they not selling for higher amounts?

There is something important brought to light in the counter-argument raised by CrypoPunk investors, although unintentionally. If NFTs resembling white men are the ones sold more frequently over the — especially femme — Black and/or brown ones because “people are buying what looks like them”, then we can assume that the participation of Black and brown bodies within virtual spaces is extremely low or vastly under-appreciated.

It is also not surprising, from a historical point of view, that it is predominantly white cis men who are financially capable of purchasing crypto and NFTs more than any other race or gender group.

The greatest irony perhaps, in the extensive advance of technology and AI is that humans are also leaning on these creations as a means of rectifying and creating an even playing field for humanity as a whole.

However, until we fully understand that technology is but a reflection of its creator and the data it is frequently exposed to, we are bound to continue perpetuating the ism of our human world in our virtual and digital ones. Technology is not (in itself) inherently evil and biased, it is simply a mirror of the society that it exists and participates in. 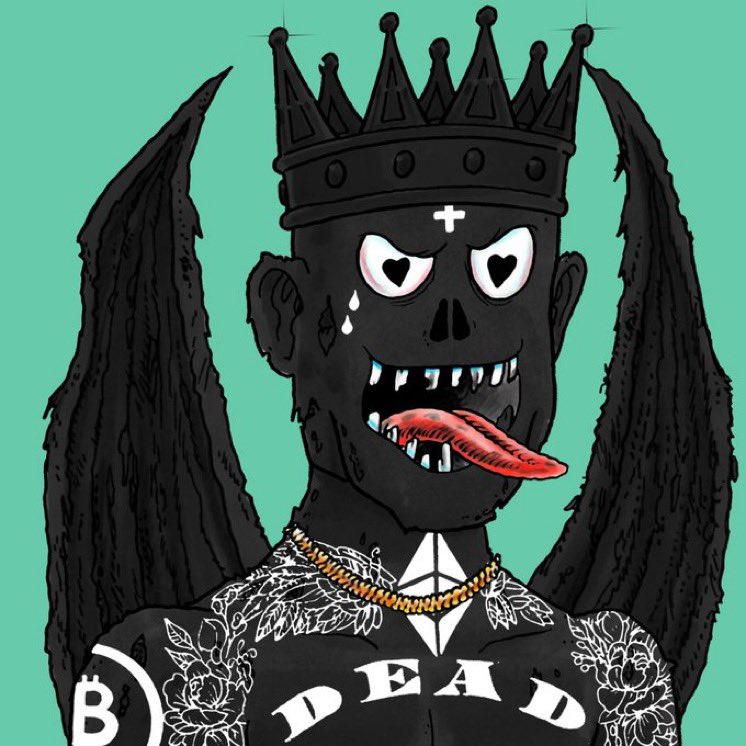 In 2021, George Trosley, the designer of The Jungle Freaks NFTs saw his sales crash extremely quickly after he was accused of racism due to of some of his 70s cartoon sketches which violently depicted KKK members, Police Black people being brutalised.