‘The Present’ // film as a political tool - Bubblegum Club

The Oscar nominated short film The Present was recently put on Netflix globally and is the heart wrenching story of the struggle of a Palestinian man, Yusef, and his daughter passing through Israeli checkpoints, roadblocks and soldiers while on what should be a simple shopping trip to buy his wife a gift for their wedding anniversary. A change in tempo compared to other films about occupied Palestine, The Present uses one of the simplest tasks in human life, shopping, to show how Isreali occupation has made it difficult for Palestinians to live in their own country. The film’s aim — according to director Farah Nabulsi — was to highlight the everyday indignity and abuse faced by Palestinians by engaging with viewers on a human and emotional level, which she accomplished admirably. Nabulsi is known for her depictions of Palestine in her previous short films, Today They Took My Son, as well as Oceans of Injustice and Nightmare of Gaza — all exploring different human rights focuses and the ideas of social trauma and cultural memory. 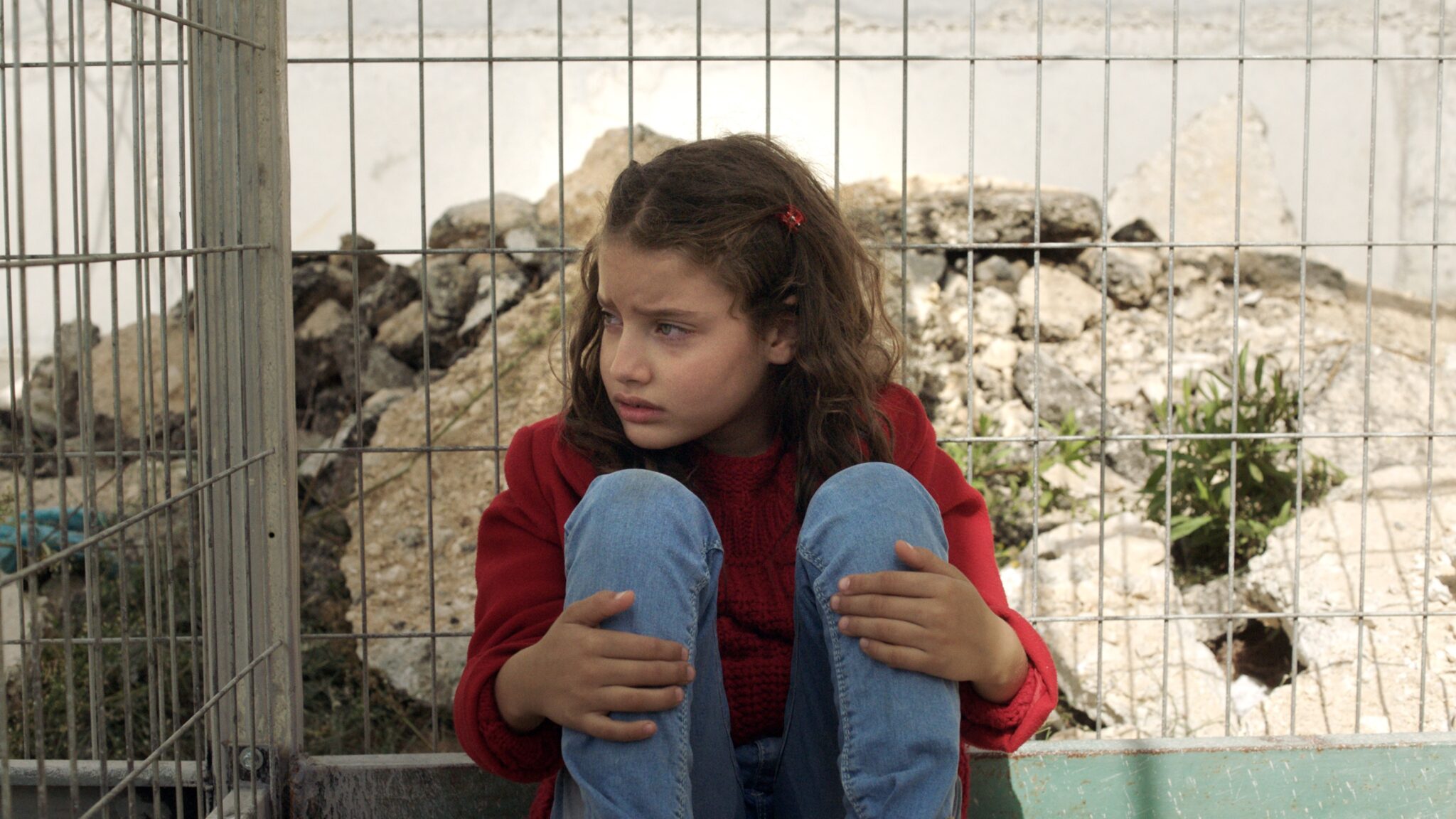 Unlike the mass-mediated propaganda which depicts ethnic cleansing as self-defence, apartheid as a just need, and sees resistance as a form of terrorism; films like The Present seek to reflect the lived realities of those affected by the Israeli occupation. Palestinians are often subjected to a double inequality that targets both their present and their past: their narrative is skewed, and their right to self-expression is essentially ripped away. However, the most telling form of expression for Palestinian people is through film, which they mechanise to shed light onto the conditions of their existence under occupation. The fact that the film industry has a role in telling stories, in educating people and in pushing certain agendas should not come as a surprise to anyone. The film industry holds within its institutional grip the power to dictate which stories get told, who they are told by and who engages with them. So, when a politically charged film like The Present is put on Netflix and given a global audience we have the power to insight change or at least, shed light on injustice. Especially, when we think about film being the most accessible form of art. 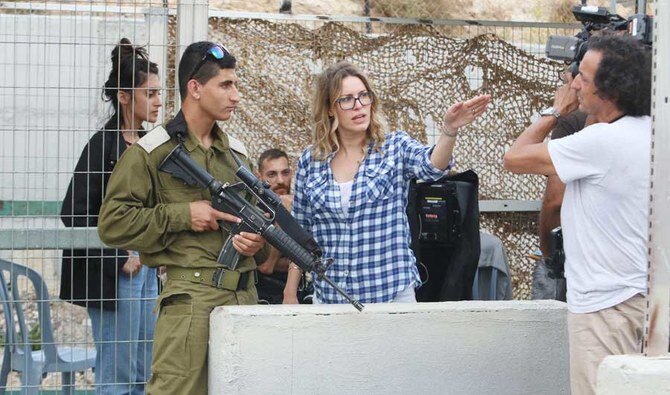 In the article ‘What is the Value of Palestinian Cinema?’ Samirah Alkassim frames well the history of Palestinian cinema and clearly identifies the cinematic framework in which it is successful. Alkassim speaks on Hamid Dabashi’s book Dreams of a Nation: On Palestinian Cinema (2006) — identifying the two main concerns of Palestinian cinema. The first being the crisis of mimesis (how does one portray a community that has traditionally been rendered invisible) and the second being the concern of characterising traumatic realism (how does one represent the trauma of the ongoing Nakba— the expulsion of Palestinians from their homes—which is seemingly un-representable). These two characteristics, I believe, are well portrayed in The Present which highlights the ongoing oppression of Palestinian people through the lack of freedom of movement imposed on them in occupied territories — working to paint a strong image of the political resilience of the Palestinian people. 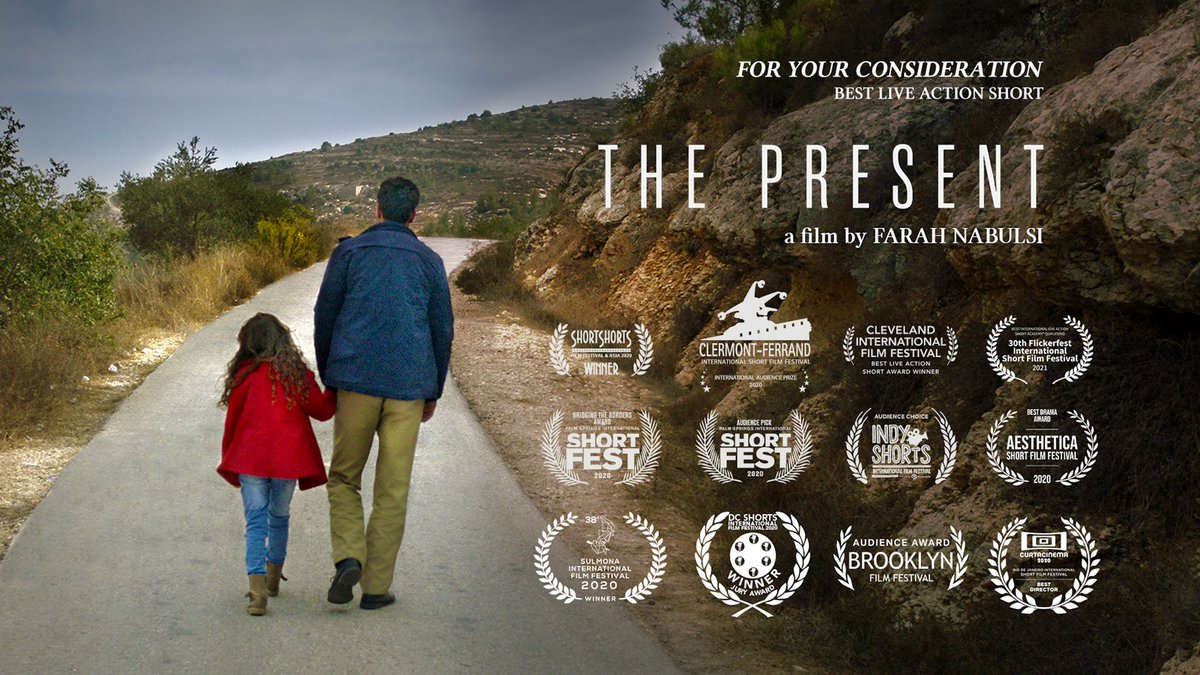 Palestinian films may not personally resonate much with global audiences outside of the Arab peninsula, however, they could and should serve as a way to contextualise what is happening in occupied Palestine. There is no denying that main stream media have turned a blind eye to Israel’s occupation of Palestine, along with a reputation of denying or attempting to sanitise the violence and trauma inflicted onto Palestinian people. This is why it is important for us to pay attention to films such as The Present as they inform the public of the inhumanity of what is currently happening in Palestine and provide commentary more situated in the reality of lived experiences. And in this make us more aware of a particular type of silencing of certain narratives and information in mainstream media. Let us not be bystanders witnessing a huge humanitarian crisis such as this one as the last thing we would want, is to reflect on this time in socio-political History in decades to come with the regretful sentiment of “If I had known, I would have done something”.