Throughout time, Converse’s iconic All Star sneakers have shown up in moments of rebellion and progress, change and creativity. Without the creativity, grit, and optimism of the past — All Stars wouldn’t have the inspiration, stories and tools to break the barriers of tomorrow. And no other embodies this mindset more than the prolific and progressive artist, Keith Haring.

Few brands embody the underground quite in the same way as Converse and it’s All Star iteration. It remains one of the most accessible and reputable sneakers available on the market; notable for its simple canvas structure and clean sole. With a plethora of collaborations being dropped from major brands — all of the time — it is refreshing to see Converse forge ahead in a direction that honours a figure so closely related to the notion of making art itself accessible; the late Keith Haring, prolific artist from New York City in the 1980s. Haring used his art to send a message to the world; advocating as a part of, the LGBTQI+ community for HIV & Aids awareness, as well as protesting against fascism and militarised states across the world. With the streets as his canvas, the artists is noted for shifting from subway advertising blocks towards large scale murals, even painting the Berlin Wall just before the collapse of the Soviet Union. In keeping with the fluidity of his mood and adaptability of feeling, common themes and associated symbols make up his signature style. Most noted, among others, is the “baby with glowing light” —  a drawing he constantly referred back to, stating, “that time in everyone’s life, as a baby, is as pure and innocent as it ever gets.” It is this tenderness towards the human journey that found him protesting against apartheid in South Africa, politically provoking the oppressive regime with a series of posters that depicted Black figures rising up against small white ones, along with outspoken battle cries plastered across New York’s cityscape, informing its cosmopolitan public of the atrocities that occurred in South Africa. Keith aimed to democratise art, and in doing so waged against any system which incited transgressions against the public. 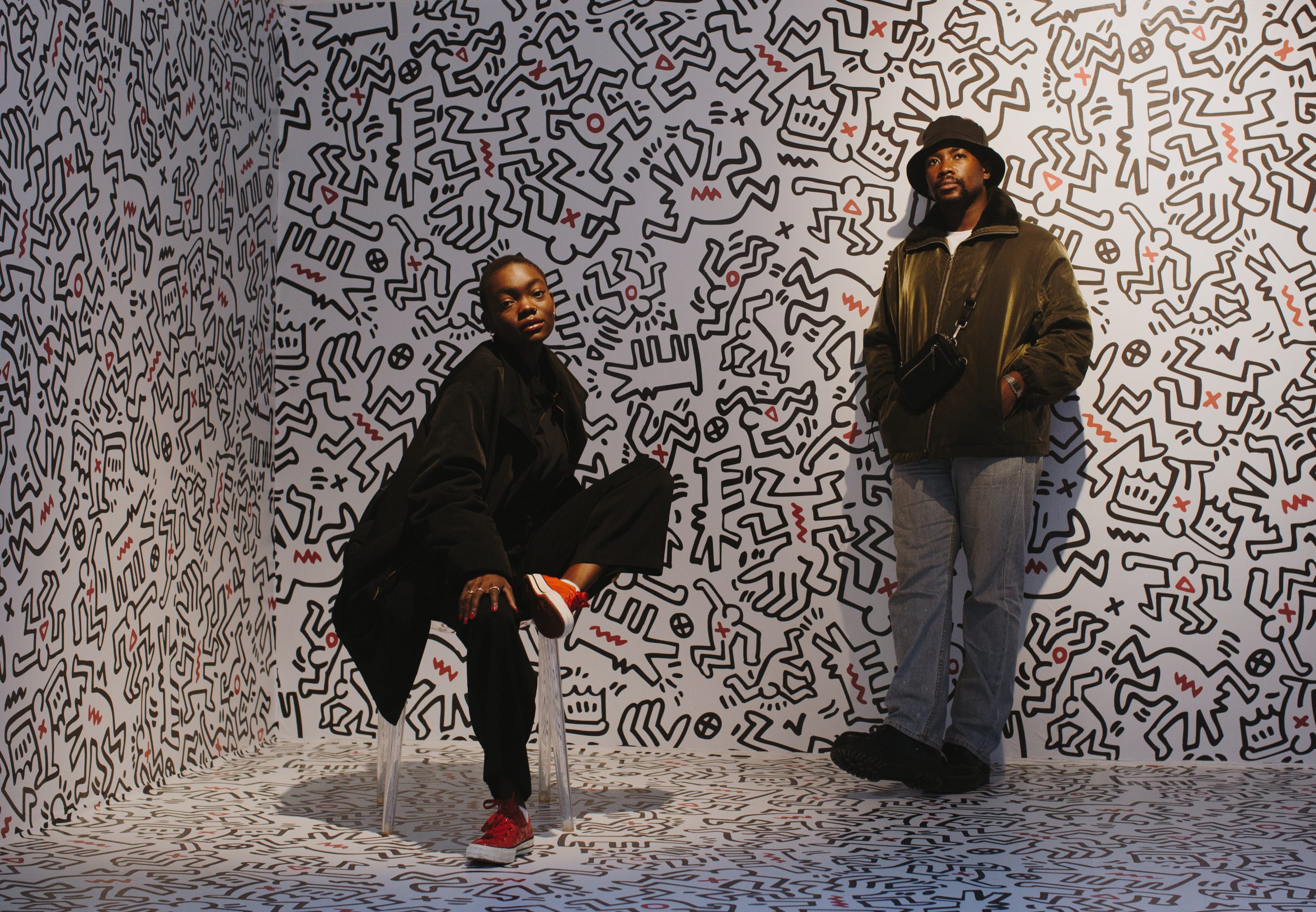 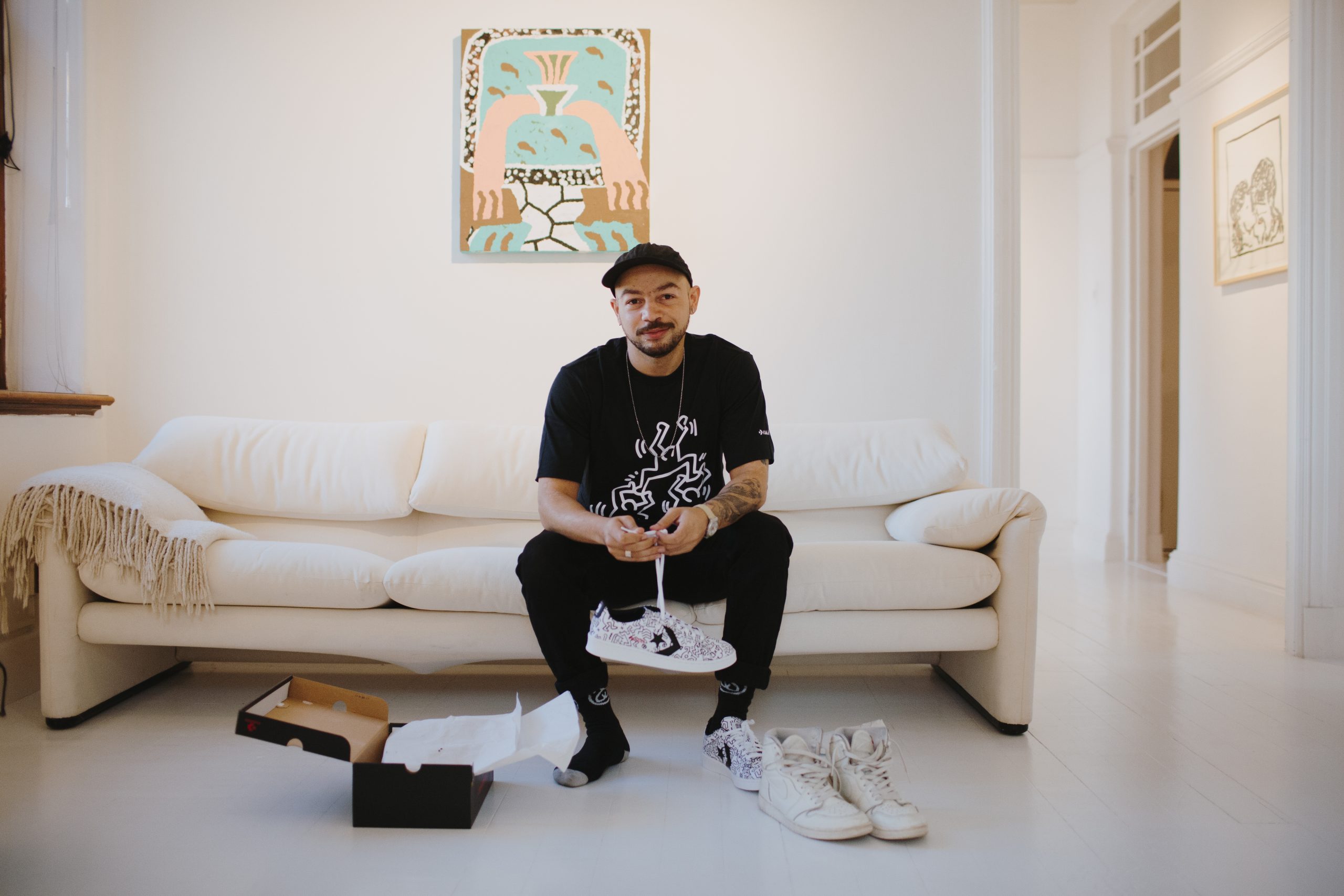 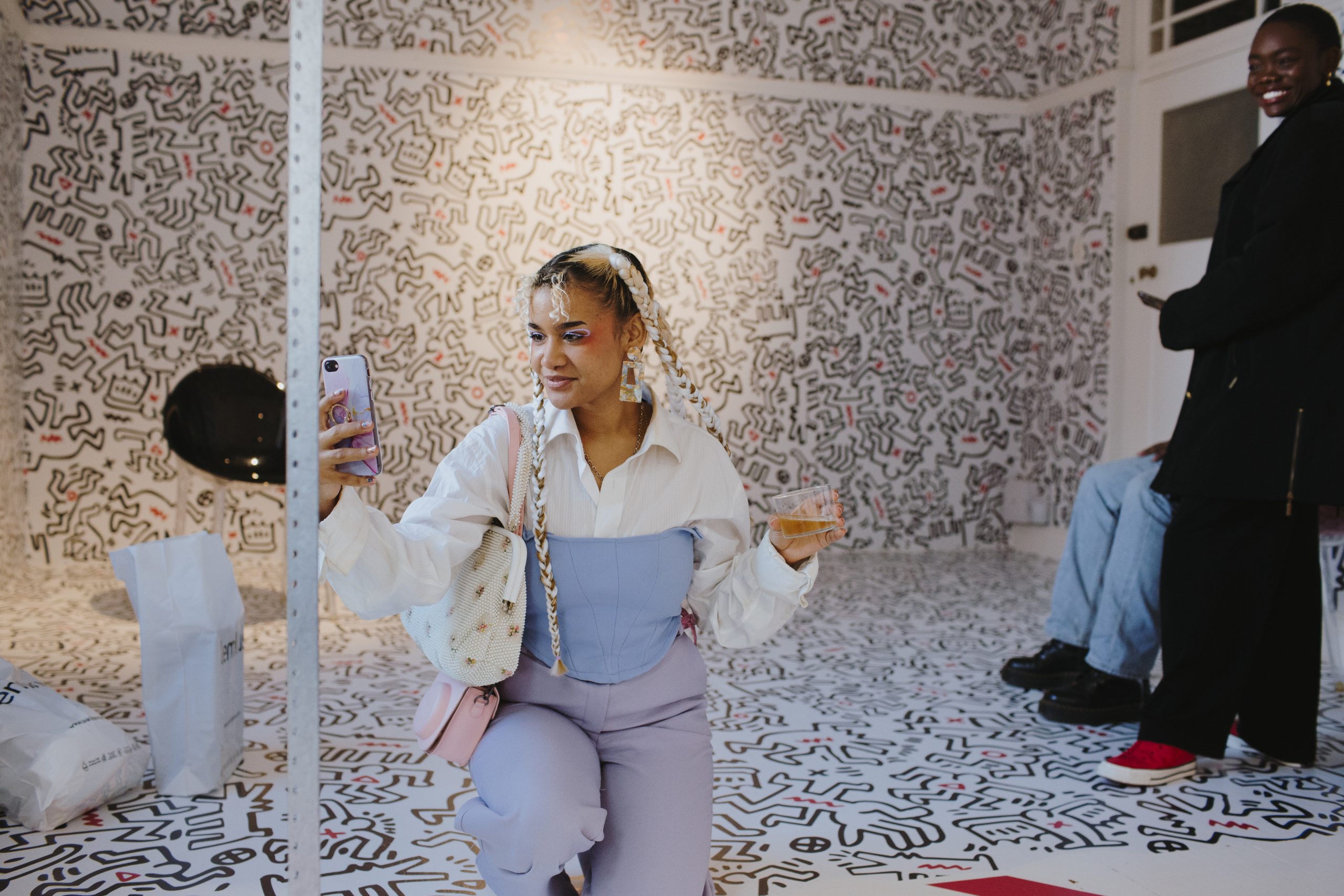 Haring’s posthumous collaborations with fashion houses, under his foundation, feed into its work to raise awareness on HIV+Aids and provide support and access to affected youth. The upbeat, joyful style of his visual language can be seen at Coach, Uniqlo, Nicholas Kirkwood, Reebok, Tom’s and Moleskin, as well as Alice + Olivia. The zeitgeist of culture is largely expressed through the language of fashion. So, it is fitting that Keith’s work would influence and lead a sartorial consciousness rooted in communication while upholding the integrity of artistic disciplines. It is through this lens that Converse sought to bring such an inimitable artist into their circle, adding to the list of design lead spaces inspired — through ode — by Haring’s legacy. The Cape Town activation was held at THEFOURTH Gallery in partnership with iconic apparel store Jack Lemkus; seeing for walls lined with recognisable Haring figures and the collection laid out to be felt and viewed. A celebration of life and the love of creating, this collection is duly welcomed and safely conveyed by the aforementioned spaces.

Haring’s art and Converse’s designs come together to simply-yet-boldly celebrate the power of creativity. Classics like the Chuck 70, Chuck Taylor All Star and Pro Leather as well as the style-forward Run Star Hike, serve as a new canvas to his iconic works chalked on the vacant billboards of the New York subway. Across the collection, Haring’s signature style comes to life through bold black and white graphics featuring playful and bright pops of red. For a more colourful take, a Chuck 70 is also customisable via Converse By You, Converse’s product customisation platform, with four distinct canvas prints to choose from along with customisable elements – the ankle patch, midsole, laces, foxing, pinstripes, heelstay, and lining — allowing fans to tap their creativity and craft a unique piece to style as they see fit. 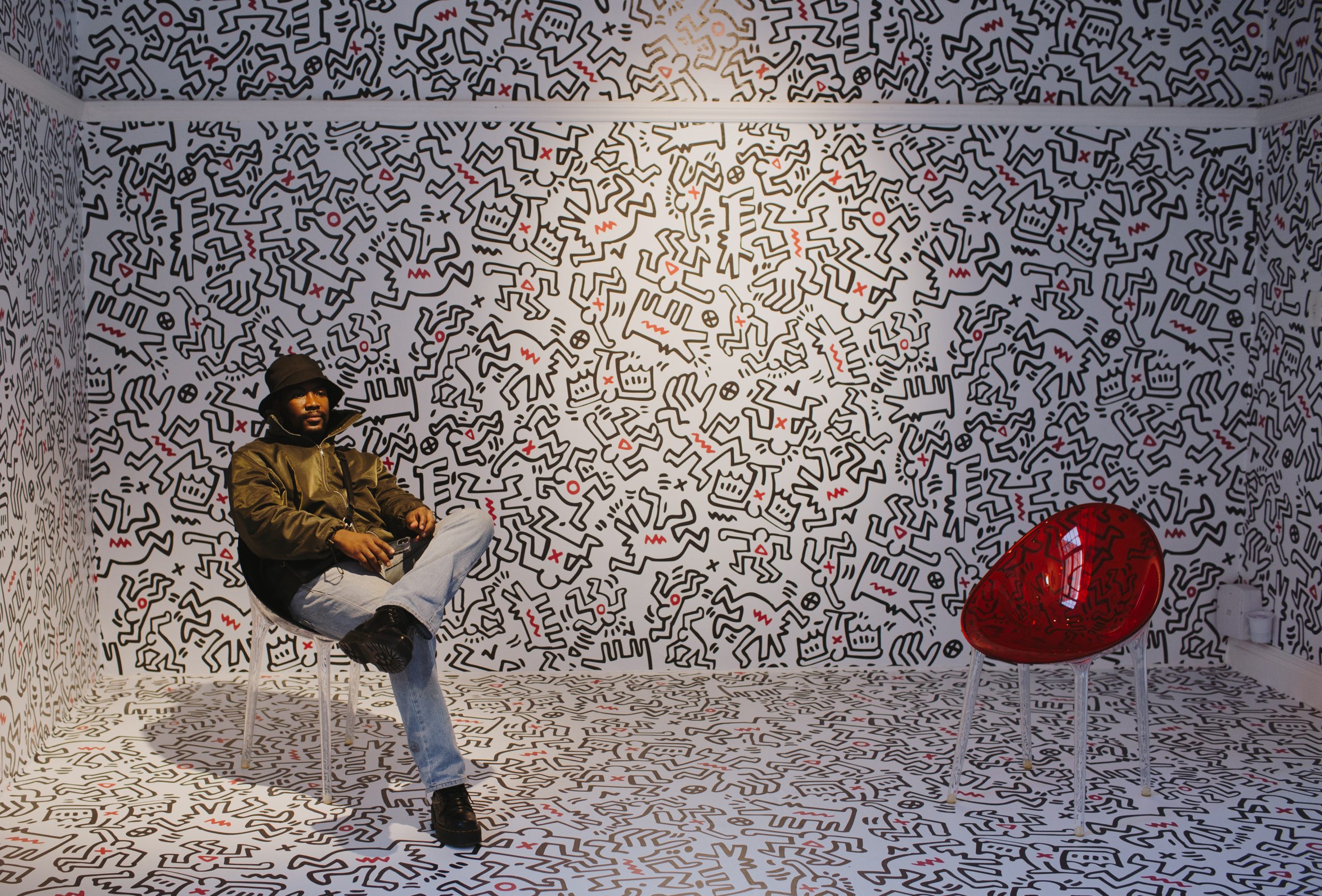 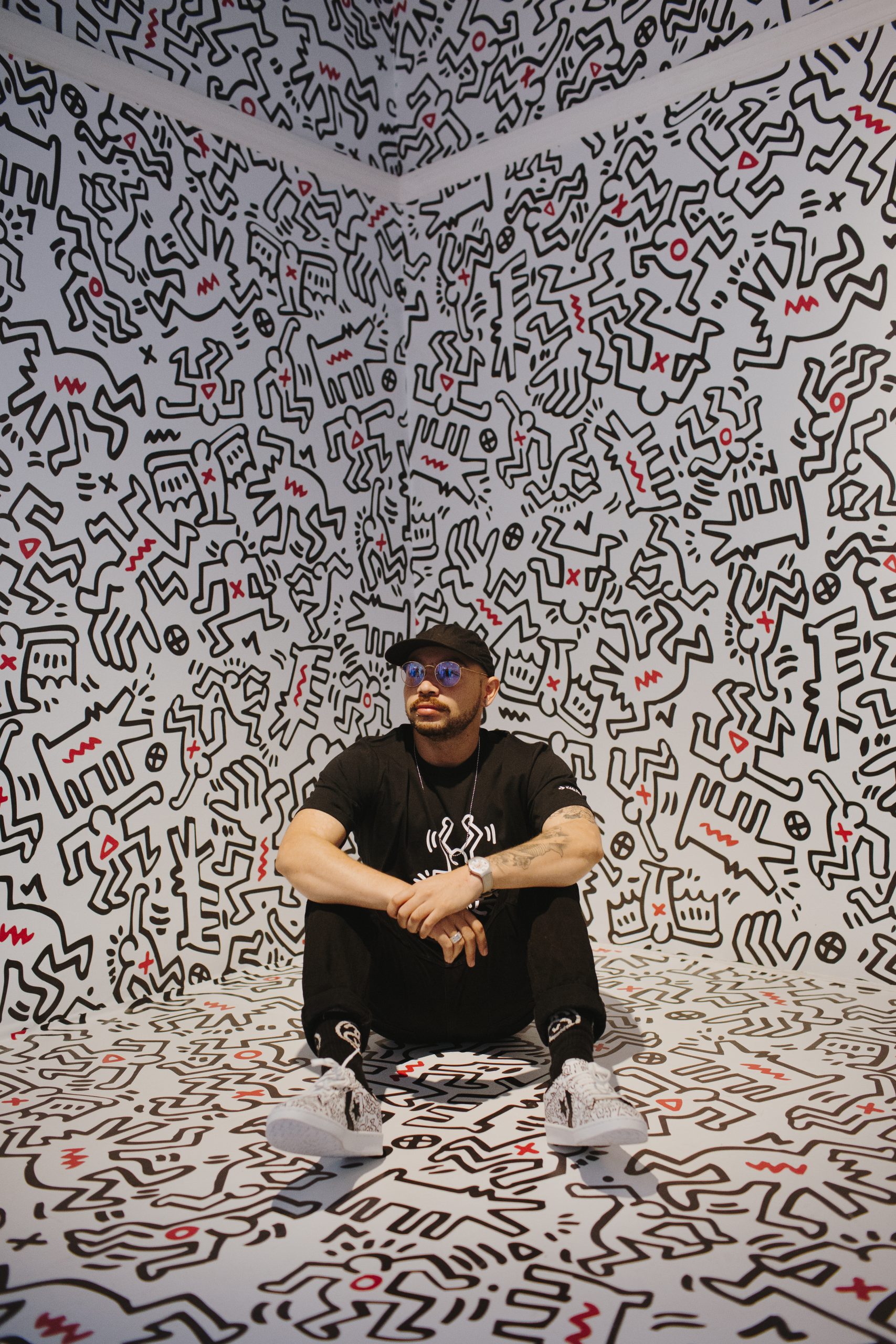