“I think the world is a dead carcass and I think the purpose of human beings is as maggots”.

Existence deals us many varying and varied cards, for some: people, creatures and organisms—their Life scripts are ushered in by a clarion call birth song of states of ugly or deficit feeling. Rats know a thing or two about this and so does Musca domestica; commonly known as the domestic house fly. Maggot— the new single and accompanying music video from Kras & Sexxus, conceived by interdisciplinary artists Brandon Reeff and Duncan Gosling (Kras)—is:

on one hand just a song dedicated to the short life span of one of the most hated creatures in the world Musca domestica, which is commonly known as the domestic house fly. But on the other hand, the hand that wears a velvet glove, it’s a story about queer expression in the city of Johannesburg and the beauty of living on the fringes of creativity. 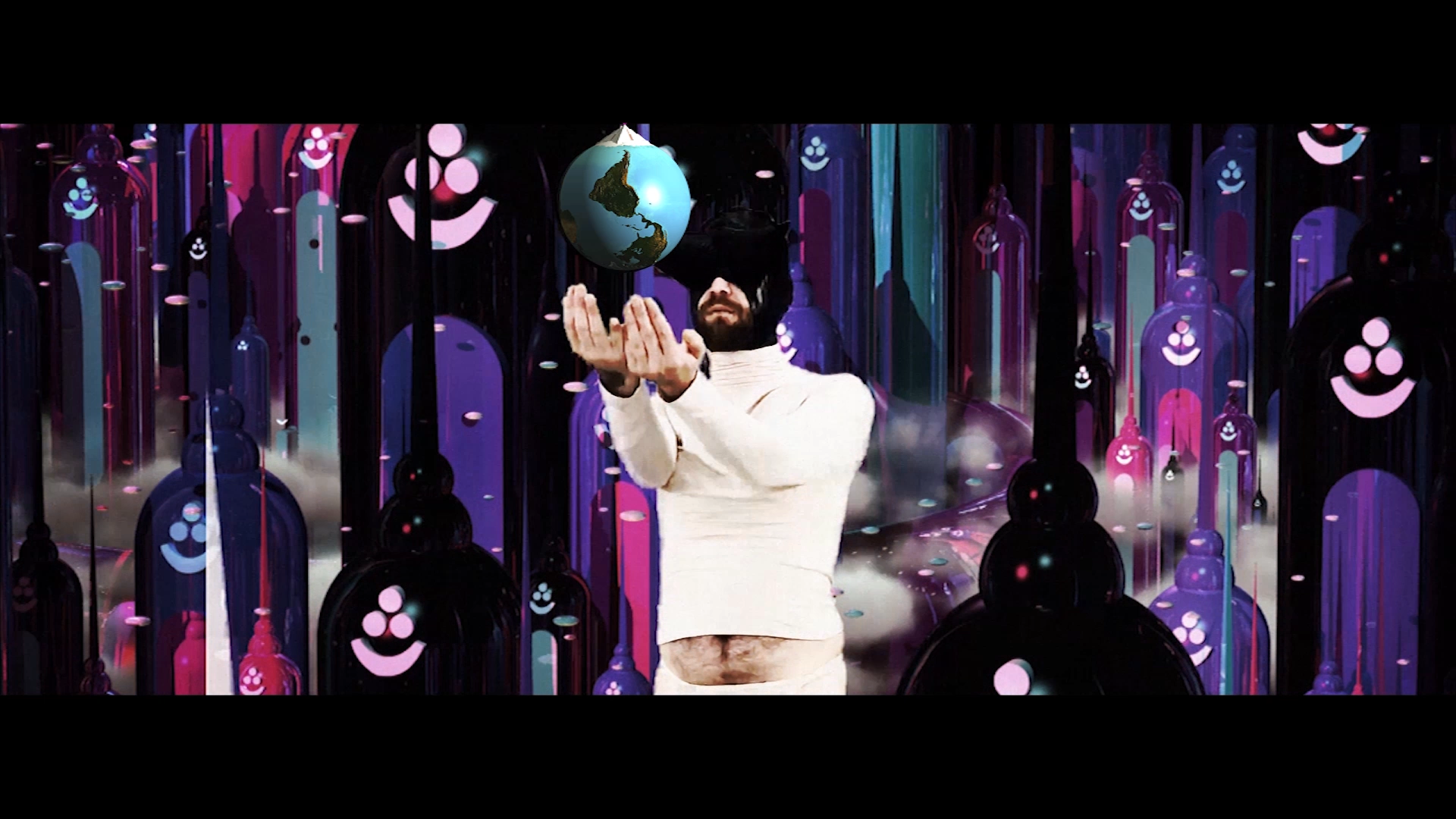 Incubated by the hardcore breakbeat sounds of Sexxus (Wet Dreams Recordings) and birthed into life by the visual chicanery of Johannesburg based multimedia artist and guitarist Kossy World (Koos Van Der Wat). Van Der Wat’s aesthetic is the culmination of his vision to introduce a new world paradigm to this planet. The Maggot video gave him the perfect opportunity to start populating this world with characters and sound…”As Kras takes [us] through a tour of the quantum transition into this bold new reality ruled by Neptune and Uranus”. In my listening to and comprehending of Maggot— sonically and through the music video—the meeting of the two forms on a single audio-visual canvas, manifest a sensation of engagement that is unnerving and unusually claustrophobic. Perhaps, this is the feeling that accompanies a knowing of self from a place of being unwanted, hated—your schema of self written in an external script of antagonism. The disorientating affect and effect of the video are further enhanced by its glitch art aesthetic—overlaid with and melting into a second layer of footage—this being that of Joburg city originally shot by German documentary maker Kath Wit. This all adding an interesting aesthetic and narrative texture to it. Trying to unpack concrete meaning from the song itself and its lyrics seems like a convoluted exercise. Listening to it—it settles into my ears like a murmured stream of consciousness, listening to it almost feels like hearing someone’s inside thoughts spoken out aloud. Trespassing on them, and only really realising after the transgression has occurred. However, listening to the song and watching the video I am also reminded of Douglas Adams, The Hitchhiker’s Guide to the Galaxy and “the answer to the ultimate question of life, the universe and everything”, being 42.

Check out the newly released video below!

Rose Bonica doesn’t want it to get to your head