Multi-instrumentalist producer and performance artist Nkosenathi Koela, or Mntana.WeXhele as he is known, has established himself in the arts and culture realm for using sounds and movement to heal. He has travelled the country and parts of Africa with the ‘UMSAMO’ production. Towards the end of 2020, he released his first LP, Embo Ethongweni. The music is based on African spirituality and the eight-track project aims to connect sounds with different parts of the body. The project came to life after he was inspired by a pilgrimage he had embarked on two years prior and was strongly encouraged by ceramic artist and friend Andile Dyalvane. “The project was about finding sounds that correspond with different parts of the body; intellectually, emotionally and spiritually.” The 27-year-old stated.

Sounds and vibrations are a huge part of our existence as Black and brown people. I know the power of sound in cleansing, connecting us with our divinity and reminding us about certain practises and ritual, or [in] giving us strength. I wanted to provide sonic-scapes that epitomise this for someone that has never heard certain sounds or never thought about certain things. 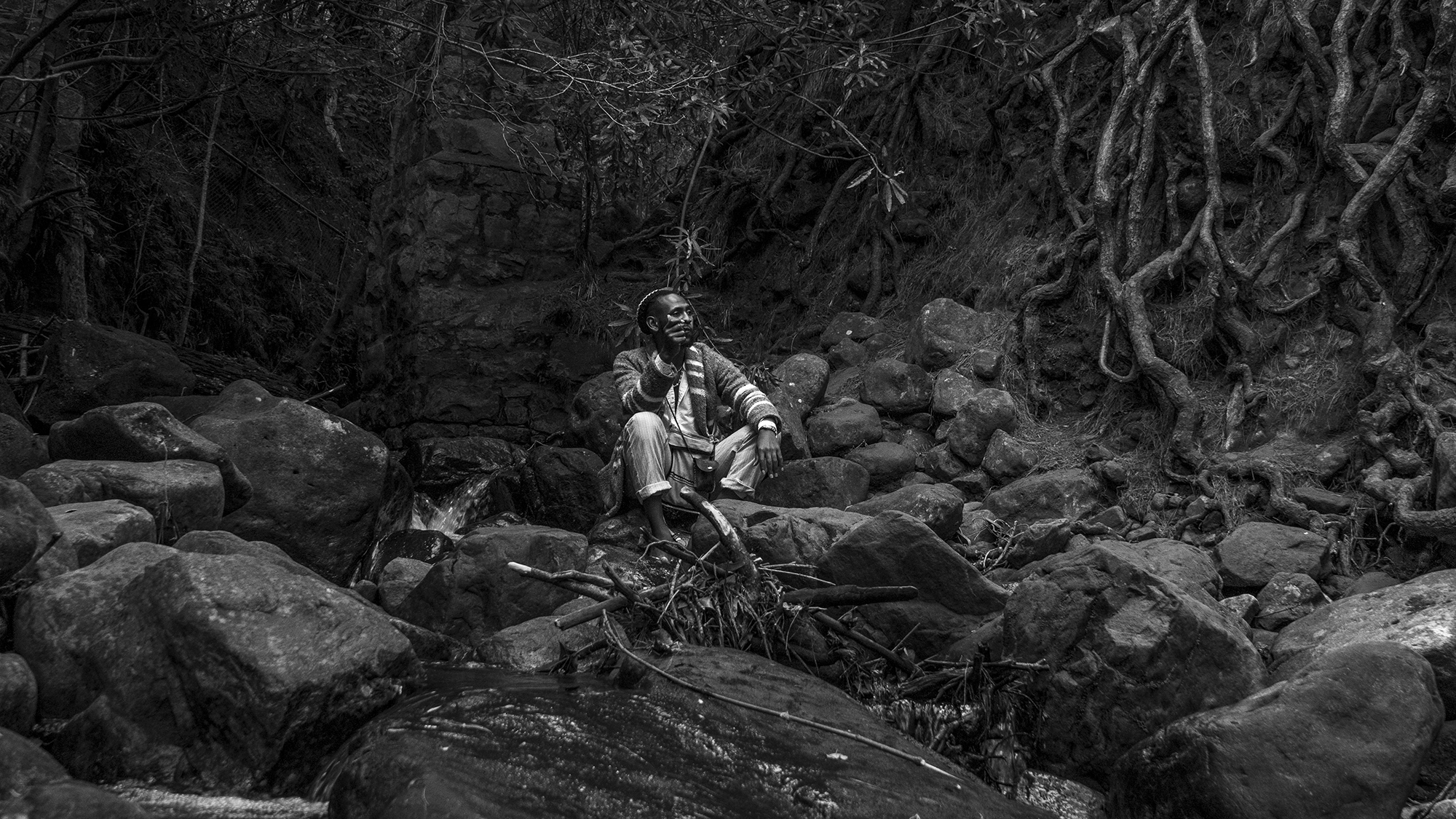 Koela produced, recorded, mixed and mastered in quarantine—doing most of this work in isolation which was a new process for him. The current state of the world gave the Cape Town-born musician a sense of urgency to release the music. He continues:

Right now, people are under physical duress and that is turning into a spiritual prison—and something kept gnawing at me and telling me that people need this work now. I thought about all that was happening and I realised that music was a way to release people imaginatively and psycho-spiritually through sounds that function to release tensions.

The album opens with “Ubu-hla-nti” and this represents starting at the root chakra or the base of the body—in line with the concept that drives the album. All of the titles of the songs are stylistically broken apart and that is done to emphasise the sounds that the words make. “I wanted people to understand the etymology and the power behind Nguni words. I wanted people to sit with it and push them to taste the words and feel the frequencies created when saying the word,” said Koela. 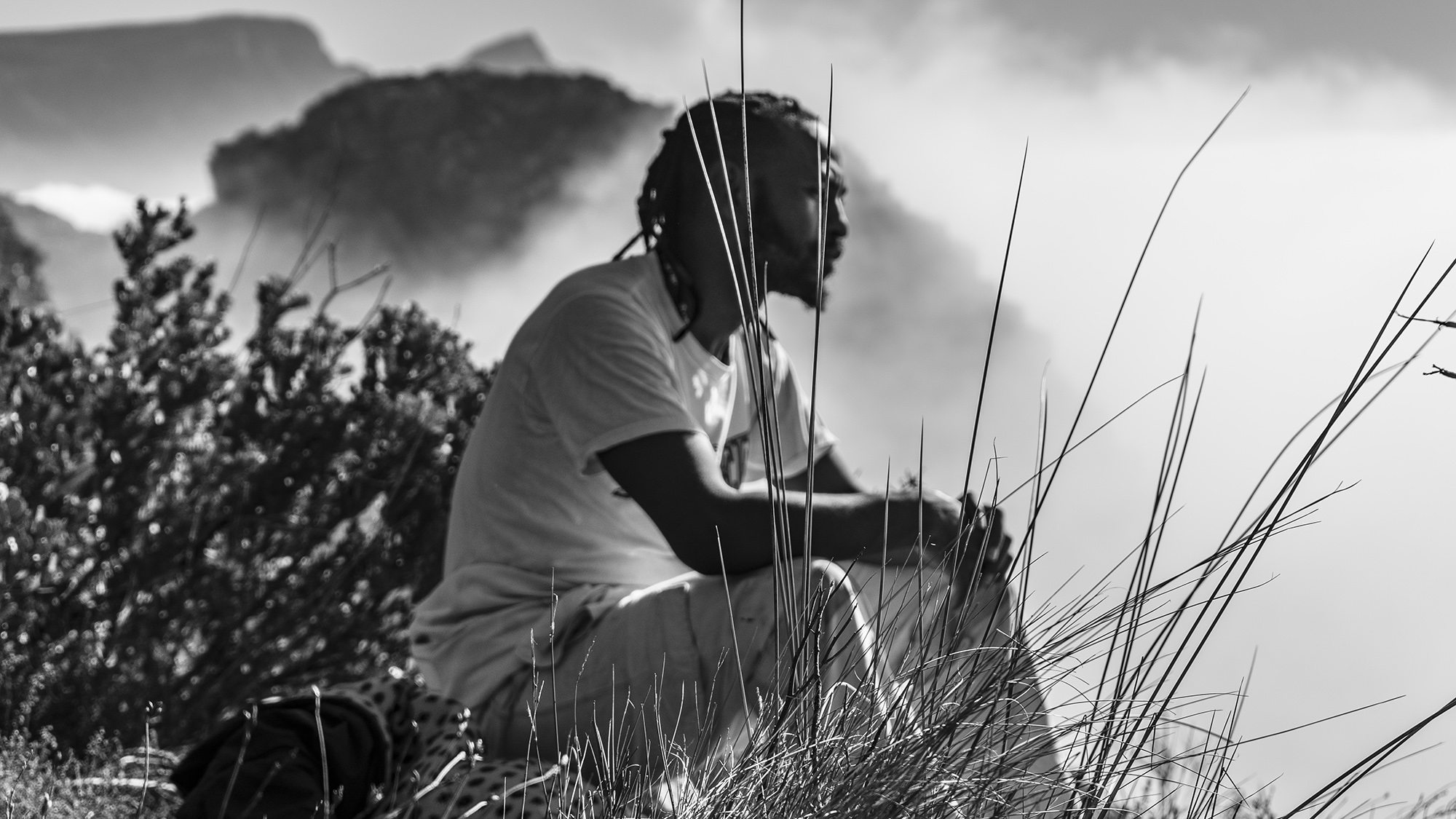 A variety of instruments were used throughout to accomplish the sonics of the album—from the iGubu drum, nyunga nyunga mbira, umRhubhe, isitolotolo, UHadi, umQangi, adungu, percussion, bongos, sound bows, midi keys/pad, the guitar and flute. In songs like “iTho-Ngo”, “iZi-Lo” and ‘iDlo-Zi”, his voice is the more prominent sound, however, overall lyrics and singing are kept to a minimum on this album. The motivation behind this decision was to emulate the compositional structure of South African traditional music that relies on call-and-response and the repetition of phrases. “The minimalism [in terms of lyrics] is used so that the message can go in depth and so that we can dig into the universe of Nguni and Southern African musical modes as a spiritual force to call upon light. The words are meant to immerse into the sound and create a certain feel and energy,” explained Koela.

The album ends with “uMo-Mbo”, the longest track on the record. The 16-minute song signifies the culmination of the themes presented in the album. Sharing more on this Koela explains:

I wanted end with that song to exemplify the length of umlando or the length of one’s ancestry and genealogy. It brings together the album because the album starts from the ground and ends with going into the ancestral plain. It tracks the movement of the soul and meditates on the space and the different levels and layers of that journey.