Off the Score Explores the Edges of Musical Experimentation - Bubblegum Club

On a sweltering Friday night in Braamfontein, cultural venue The Forge hosted it latest Off The Score exploratory music night. Exploratory music is an umbrella term for the indefinably new and the radically different. It incorporates any sonic performance that falls outside the limits of genre and traditional song formats. Not shackled to the capitalist sonic-time discipline of verse- chorus-verse, this is music as sonic art, which uses noise, disruption and improvisation to create disorientating but worthwhile experiences.

This aesthetic philosophy is perfect for The Forge, a space dedicated to supporting leftist and progressive counter-culture in Johannesburg, at a time where nightlife is dominated by commerce and conservatism. As part of their commitment to making radical culture accessible, all events are free.  Its sound design and lighting array has clearly been designed with care; by fans who love music and live performance and want to give it the best technical platform to work from. 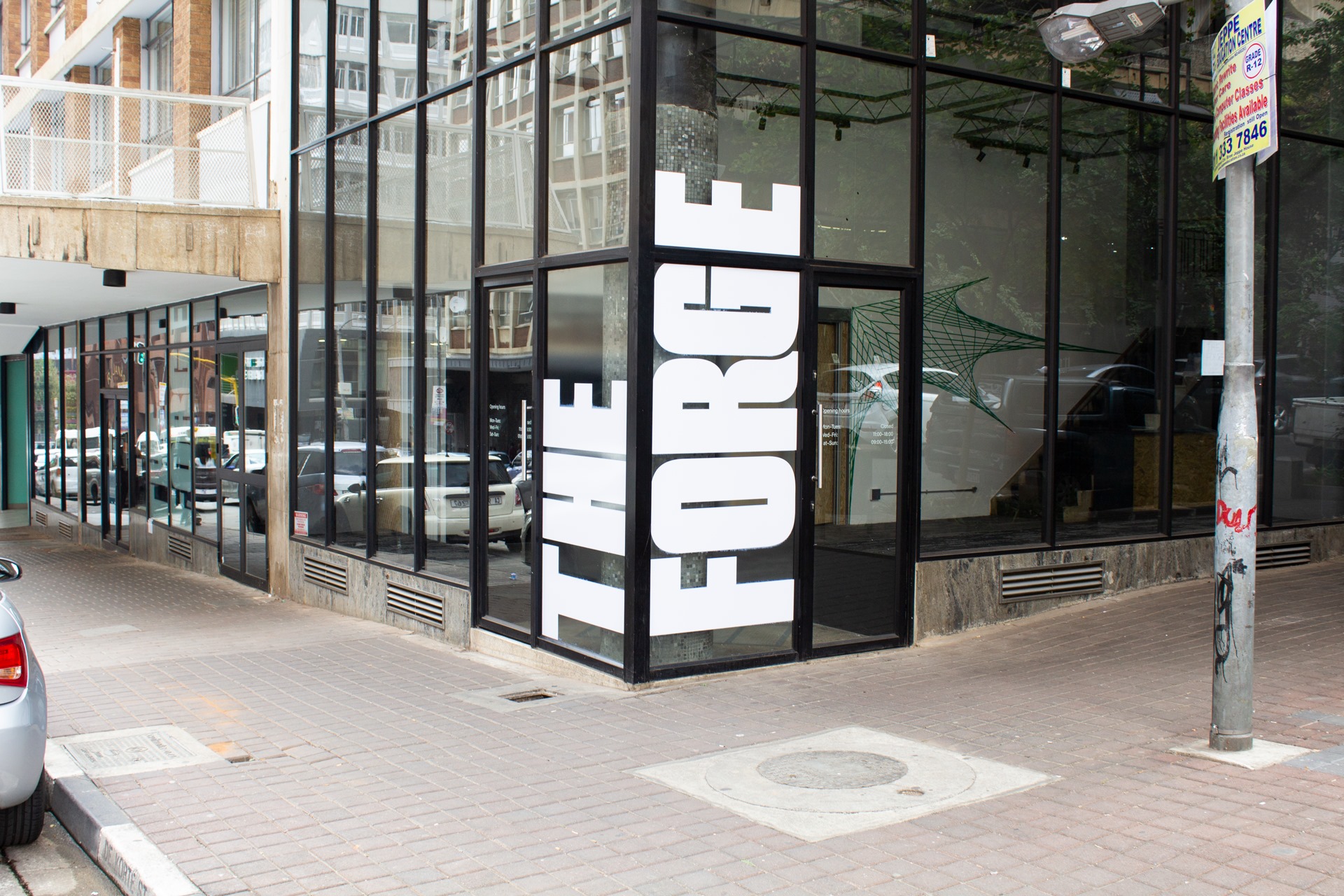 Photograph courtesy of The Forge

This was evident at the latest event, in which the three featured artists tested the limits of sonic expression. First on stage was sound artist Daniel Gray, whose work focuses on the tactile nature of recording. For this performance, he unveiled a steel sound machine which he manipulated throughout his performance. The steel built a powerful sense of dread-filled anticipation, with long, captivating drones punctuated by blasts of industrial brutality. The steel sound device loomed at the crowd from under purple stage lights, looking like a fierce totem transplanted from some machine-ruled future.

The next performance which was by Behr took a more mellow route, using bass guitar and synthesiser. The sheer smoothness of their playing conjured up hazy images of a vapourware beach paradise where the waves are always soft and the light is always lysergic.The final set came from sound artist Healer Oran.  With the set lights now a menacing red behind him, he mixed bursts of rock guitars with a frazzled ambience. Despite the audience wanting more, he decided to go out on a high with a brief, but hugely potent, set of two musical pieces. It was a fitting showpiece for The Forge, a venue that is combining political activism with avant-garde experimentation to offer an idealistic vision of cultural possibility.