Grace De La Hunt is a Cape Town based analogue photographer whose jaw-dropping work I’ve kept a close eye on for years. De La Hunt is unlike most analogue photographers who, let’s not beat around the bush, seem to be popping up around every corner. See, her format of choice isn’t the usual 35mm, medium format or even large format film photography, but instead, she produces all of her analogue work, exclusively on polaroids. Now admittedly, this could be seen as somewhat of a gimmick. However, it only takes a quick look at her incredible portfolio of images to realise the clear thought and purpose behind polaroids being her medium of choice. 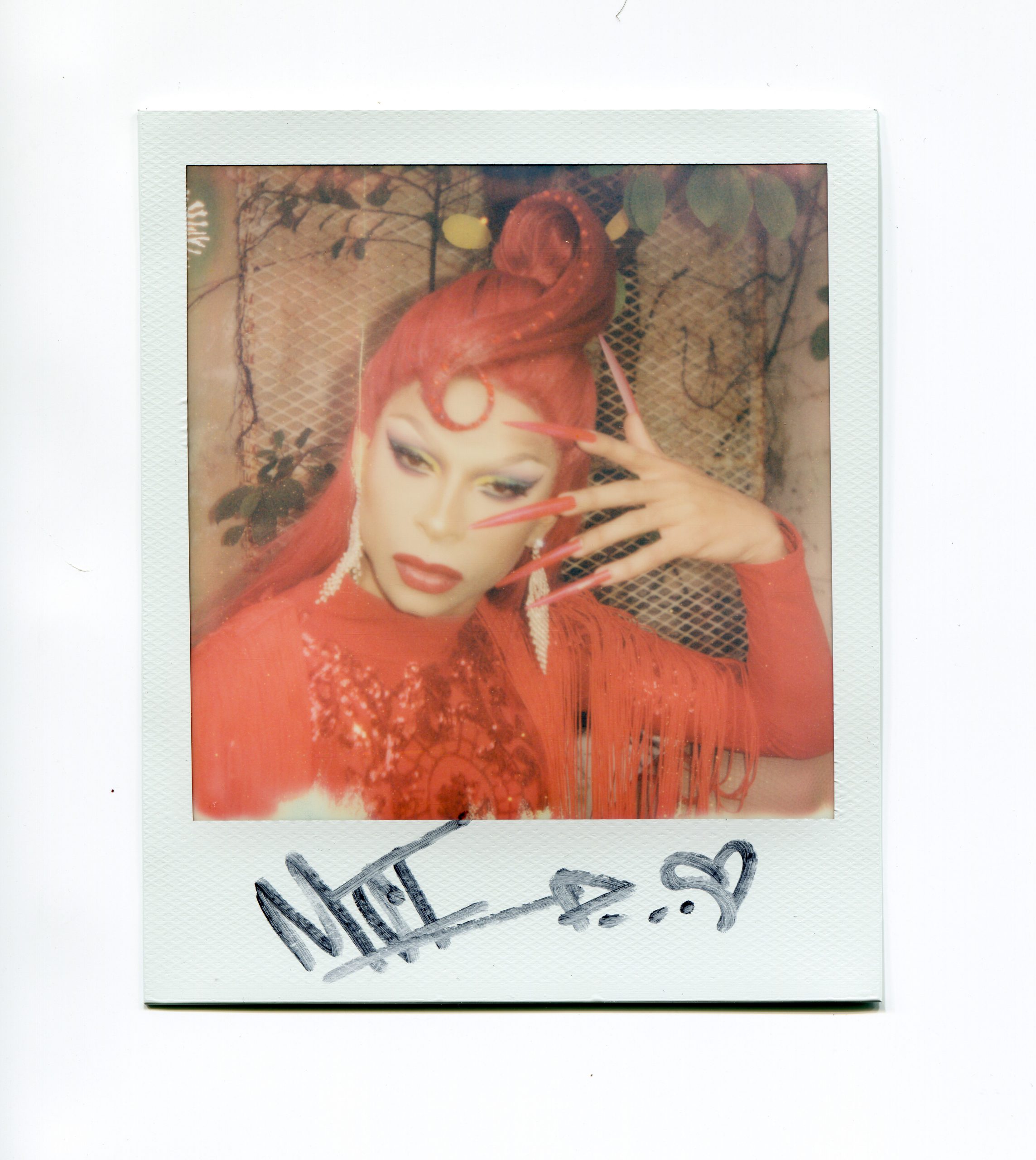 What becomes evident when looking at her work is a sense that her process is immensely focused on her subject and their story rather than her work being an extension of her own thoughts and feelings. We often see photographers produce work that somehow thematically conveys a story they want to portray that relates to their own life, with their subjects being the visual aspect through which that story is being told. De La Hunt’s process, however, produces this unexplainable feeling within me. It’s as if she has consciously removed herself from the picture, almost as if the subjects are so comfortable that they themselves took the image. She explains this best herself and expands on why polaroids specifically function so well with her process. De la Hunt explains,

I try to take images that reveal as much about a person as possible, however, it always feels like I’m intruding or taking something away from them for myself. Polaroid offers the opportunity to reverse that interaction. I often physically give them the polaroid to keep and sometimes don’t even look to see how it developed, that’s a gift for them to enjoy. I feel this medium allows me to start new conversations with people I find interesting and in my experience, people are way more amped to be involved, compared to digital. 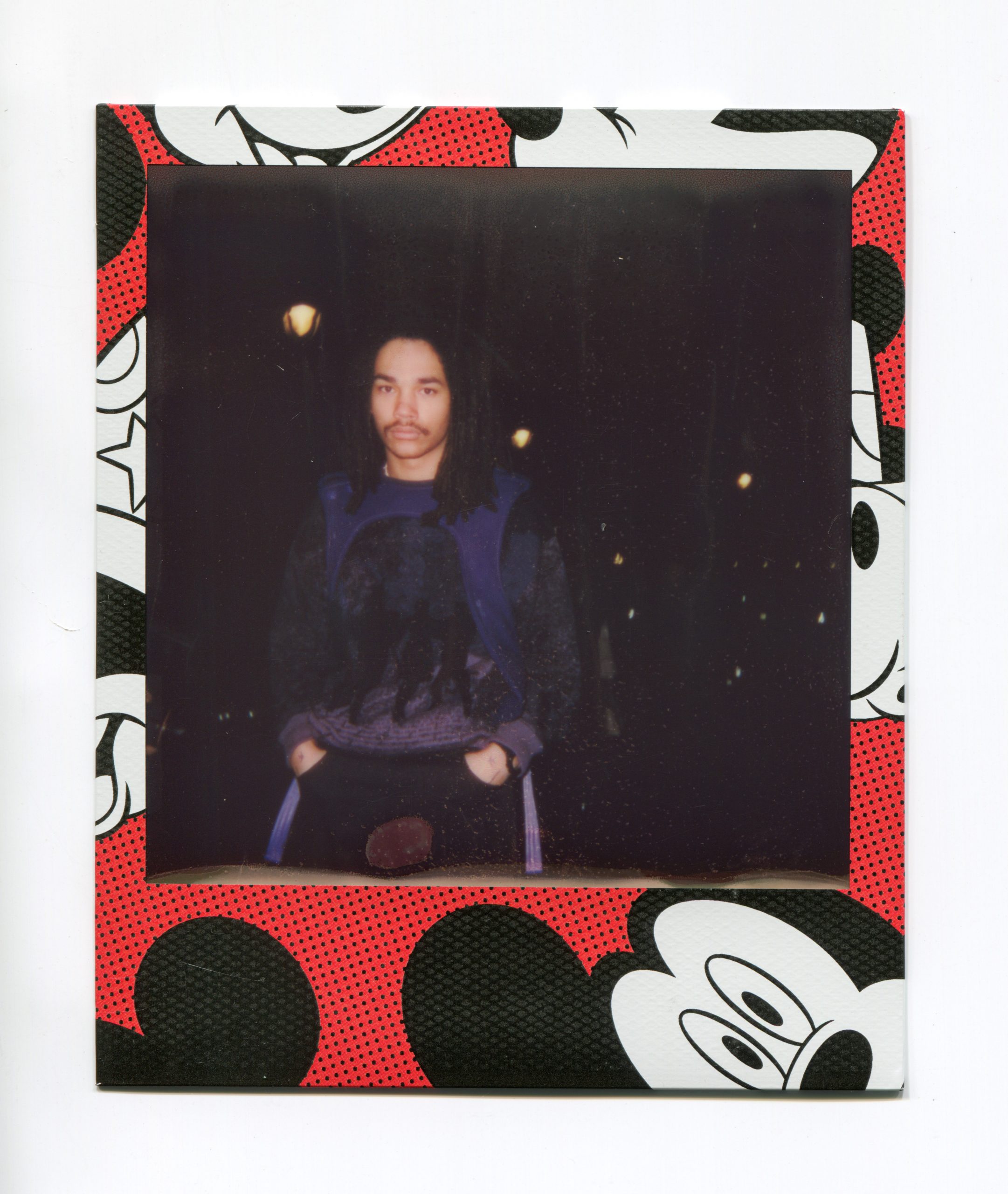 I saw tons of paparazzi running after this dude at the exit of Louis Vuttion. I had no idea who he was but luckily I’m fast and dived in front of the vultures with long lenses. It may be that the 80s Polaroid camera looks funny or that it makes such a loud and embarrassing noise and flash, but I managed to catch his eye just in time. I was a bit annoyed that it wasn’t the best composition that the light was right and that it was taken on Mickey Mouse film, but I’m still glad I got the shot. I posted it on insta and was later informed that this popular guy was actually Luka Sabbat!

Her love for the medium has continually grown since she first started exploring with it after finding an old 80s Polaroid Camera in a book printing factory in 2016. Anyone familiar with shooting polaroid knows just how fine the margin for error can be, yet she continuously produces gorgeous imagery. I think this also comes down to her unique take on photography; it’s not really about shooting away, hoping for that one amazing image, rather her process is far more humanistic; it’s about the moment, the experience and the connection between her and her subjects. Speaking to this she states,

I believe taking a photo is an event and Polaroid allows you to keep that moment in time as a framed artwork. It’s memorable, not only for the photographer but also for the subject. The higher chance of messing up the shot or misinterpreting the light often teaches frustrating lessons, but most importantly, it’s a physical connection between photographer and subject. The anticipation of waiting for it to develop slows the process down, allowing you to connect on a deeper level. 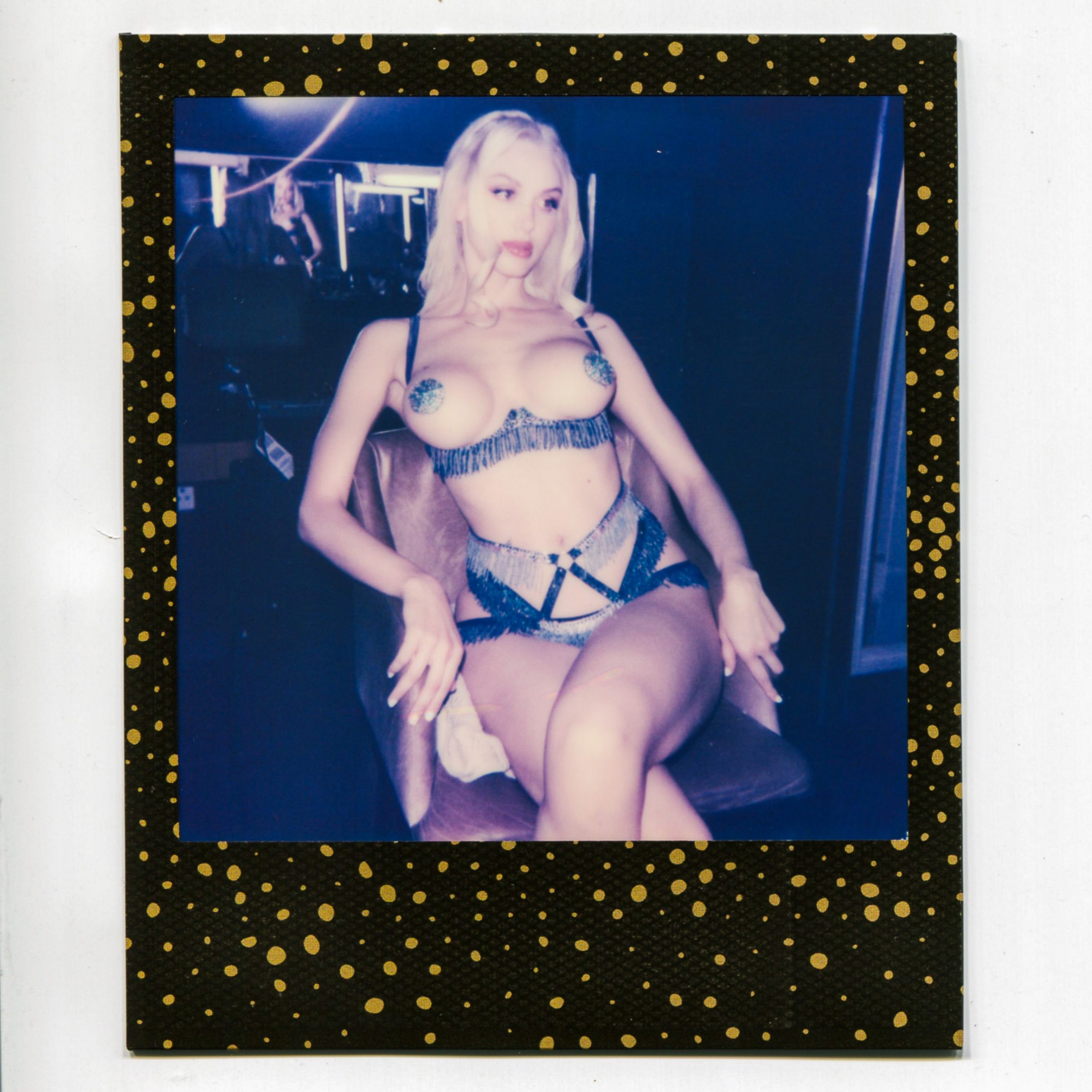 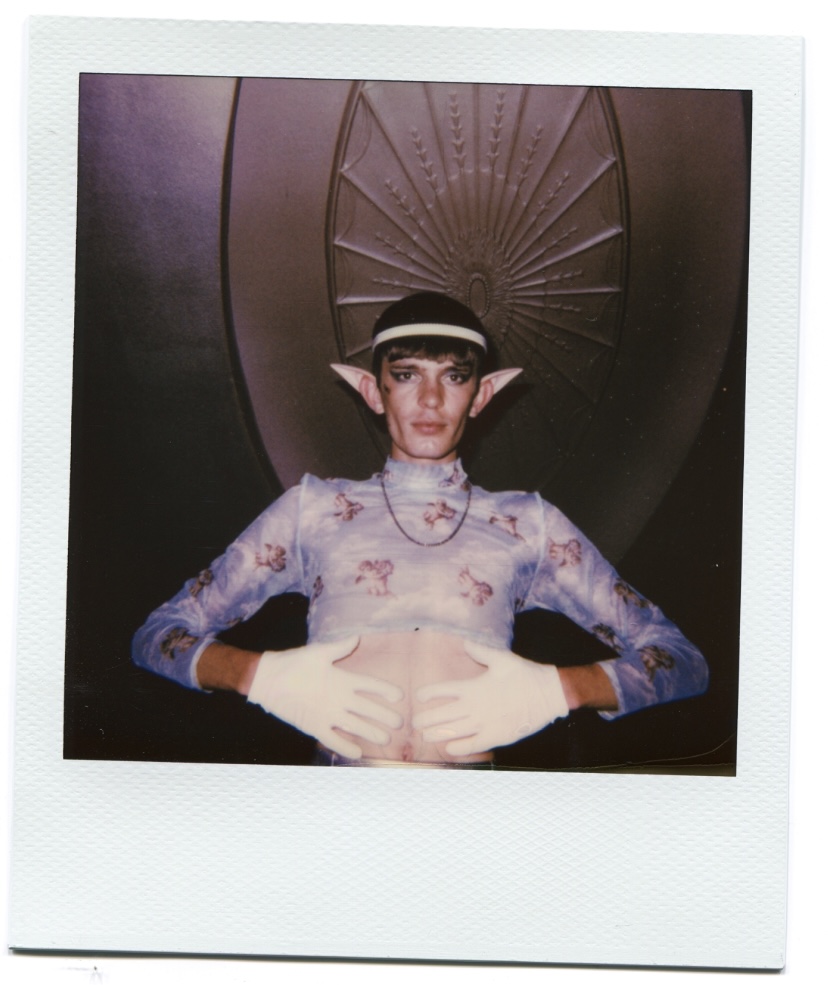 This care and subtlety also relate to the subjects she chooses to photograph. At the forefront of her work, she documents members of society who are often cast to the side, othered or misunderstood. There’s a focus placed on Cape Town’s thriving queer community and beautiful, humanistic portraits of the dancers at Mavericks. It’s evident that her focus on these groups truly goes beyond interests or intrigue, it’s about capturing their essence, it’s celebratory rather than exploitative.

I was uploading [Paris] Fashion week Polaroids on my Instagram when Gavin from Diskotekah, a conceptual brand that aims to cultivate an alternative queer community in SA, invited me to take Polaroids at one of their parties. It was here that I truly started exploring the essence of Polaroid as I was swept up into the amazing beauty and fashion expression of this community. Since then, I’ve been at all their events and feel a part of the family now…I believe that these two communities should not be silenced but rather celebrated. Their braveness of expression inspires me, and hopefully, by capturing these moments, it will inspire others to become more confident in themselves. 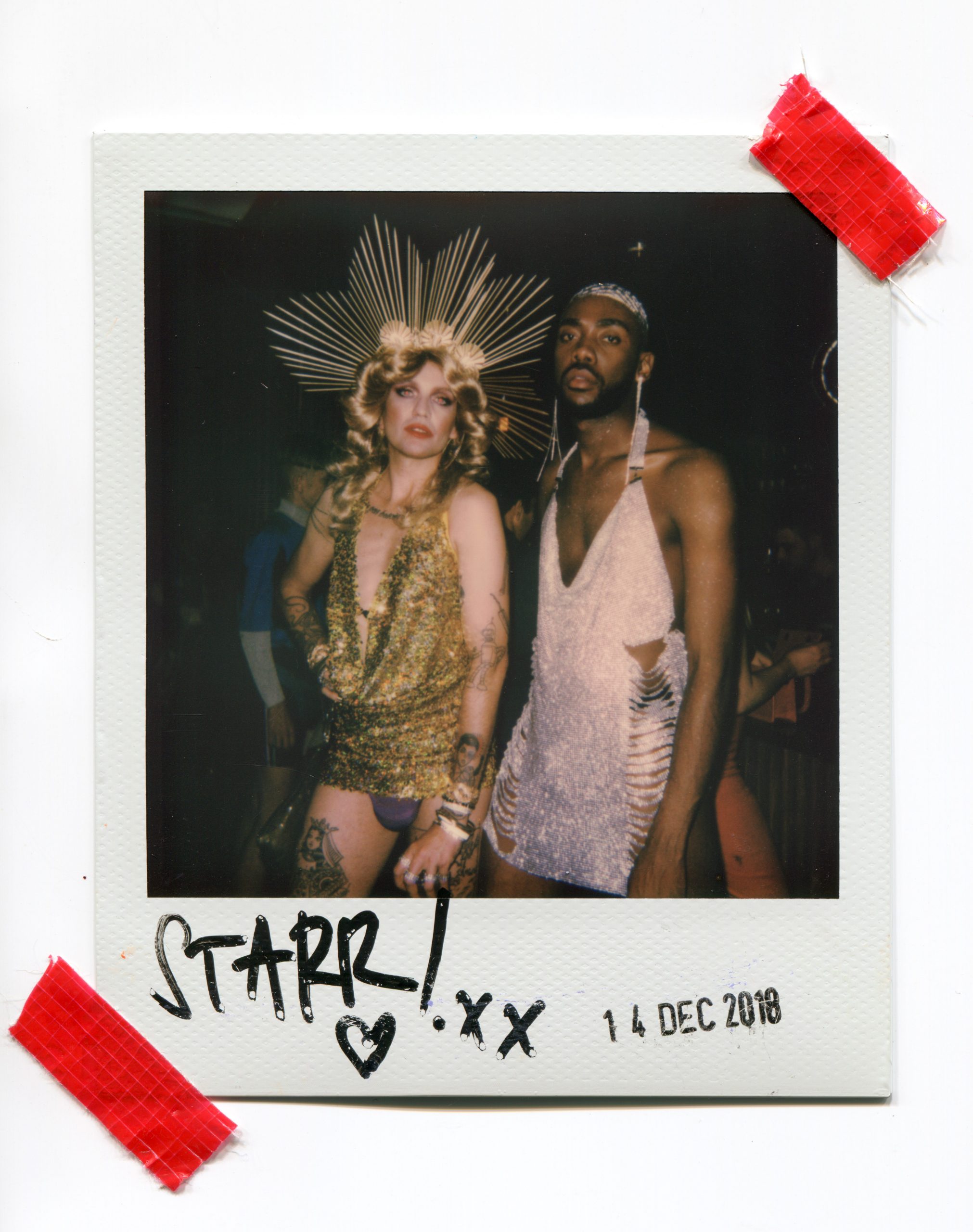 This was a lot of fun. The Paris Hilton dress and that crown really gave me the vibe that I was in the presence of celebrities! I didn’t know them at the time but they didn’t mind me capturing them on Polaroid. I got down low and burnt this memory onto film. That’s how I met Starr and discovered the work of Rich Mnisi. Since then I’ve been star struck 🙂

I find her work inspiring not only because of the images themselves but the evident care and love put in by the person taking them. A shift in focus away from herself to fully invest in those moments, memories and magic that can be created when people take the time to put aside their ego and revel in just how interesting and inspiring those around them can be. 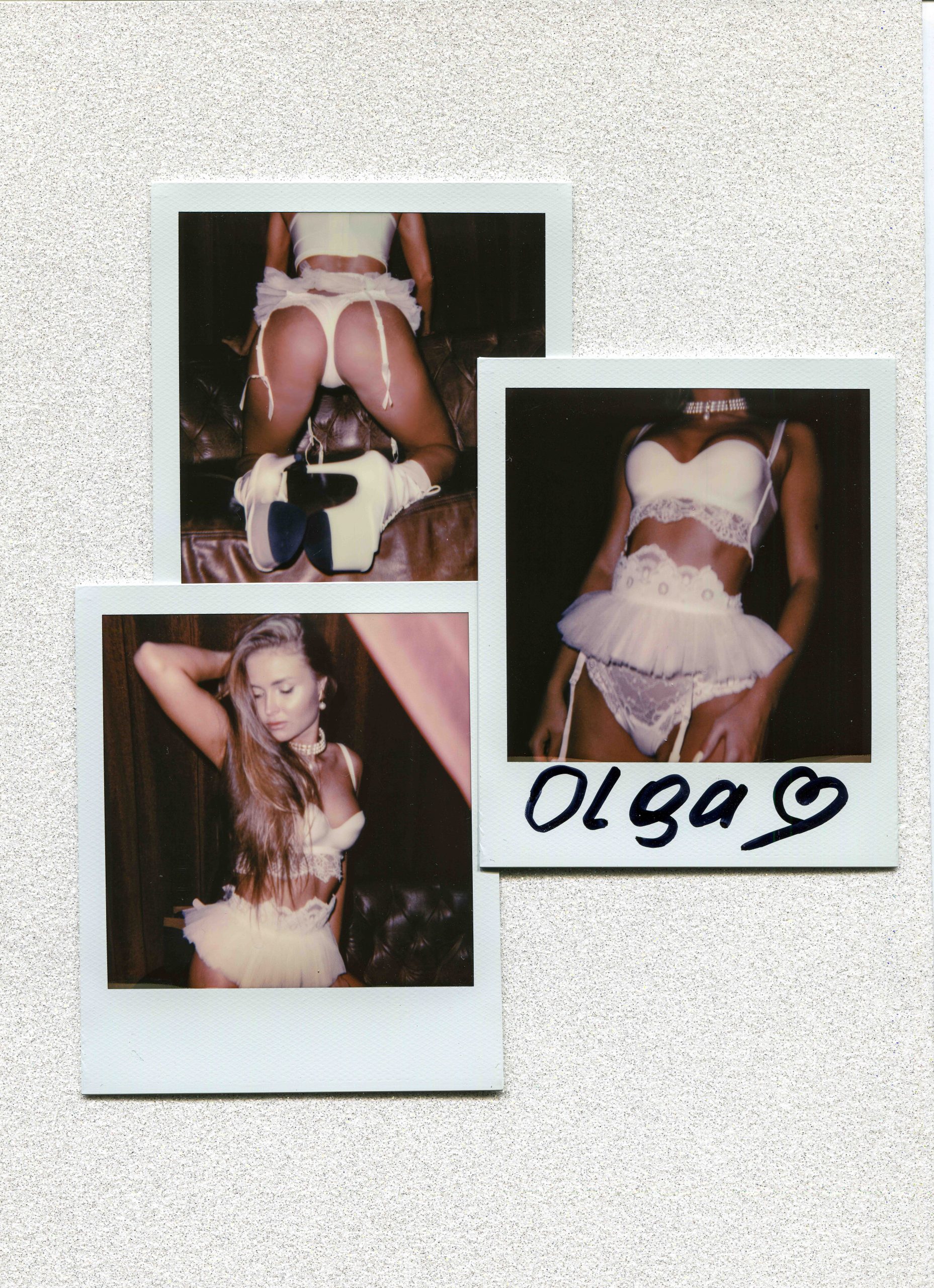