Ways of relating to, and relationships with our surroundings and spaces will always be present. The memories of these are kept and little by little — throughout our lives — are exhibited, justified, materialised or simply disappear. Memories are parts that connect us as human beings; some researchers say that memories are a set of sensations stored.
Shades, smudges, noises.
Perhaps, this explains our great capacity to remember — as it is completely related to the capacity to live too. With memory in mind, I think about the challenges of contemporary photography, asking myself questions about the art of photography. Can it detach itself from the other thousands of images that we see every day, the ones we are so full of? We are constantly inundated with visual imagery, every moment and I believe that as so-called “technological” beings, we pay a great price for the trivialisation of the image — for its exacerbated use. 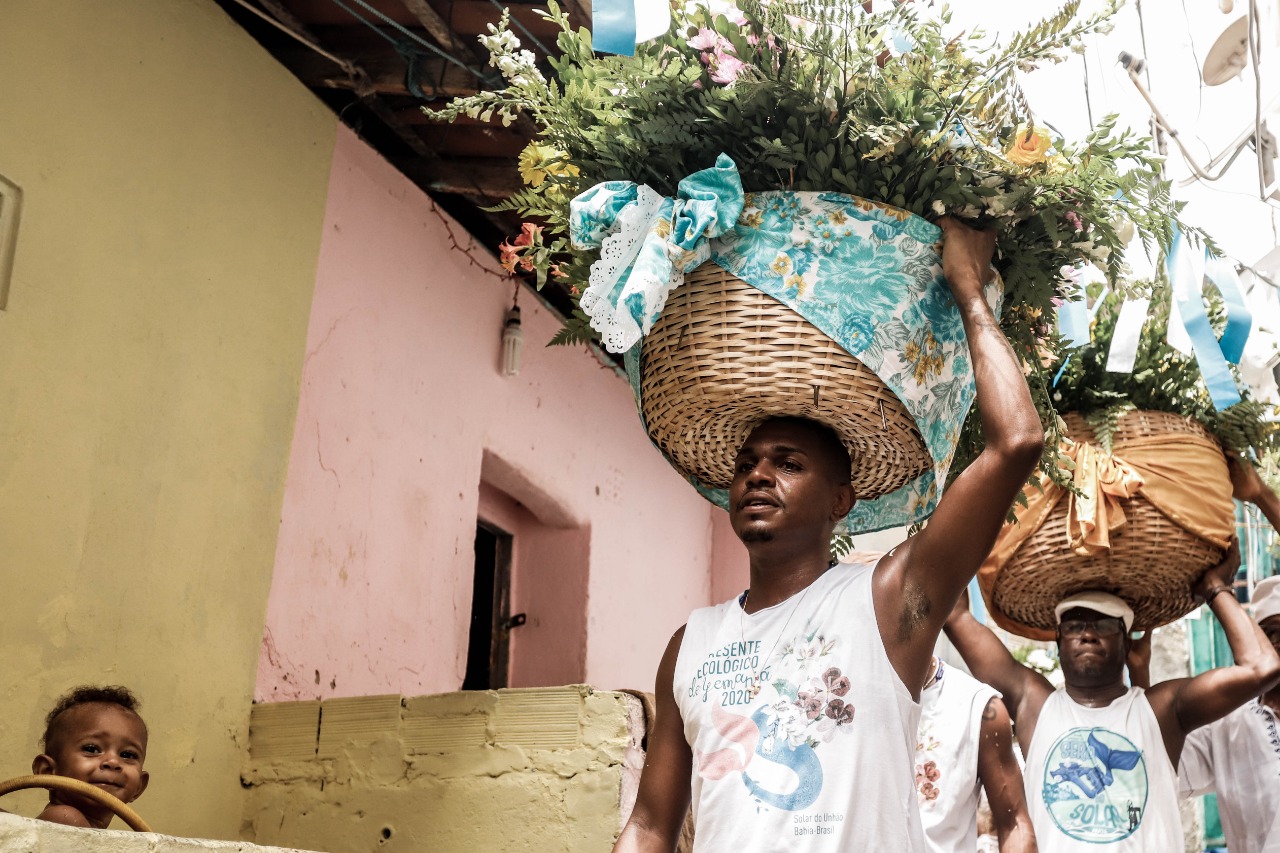 Some time ago, I went to a photography museum. It was located in a small town. Alongside all the images, the museum devoted a lot of attention to the “magic” that evolved photography in the previous centuries and mainly in the way this particular photographer staged and created their image, not only a studio but one now also a set. He photographed reunited families, children and on the top floor is where he kept all his negatives. It was a huge collection. Maybe digital photography has untied us from having to comprehend the size of the file and this distances us from the memory of the recording capacity — To mark and point out moments. Far from all the photographic nostalgia, for me the richness of photography lies in how it not only offers us back our own memories or those of family members, but it also offers memories of places we do not know. Of traditions and cultures which are not our own. All of this, serving as support for a formation of plural, descending culture and more than anything; a living culture. Today photography is no longer just a visual record, nor is it an adornment of the past. It is alive and shows what enriches culturally, mentally and affectionately. Regiane Rios‘ photographs clearly demonstrate this to us, besides inviting us to immerse ourselves in her visualised world(s).

Your work, as much as it is photographs of other people and the world around them, seems very autobiographical to as well. You approach and explore themes that are not only around you, but within yourself. What is this dive into your own identity through the outside?

I always say that I pretend so well that I am extroverted that everyone believes it, but this is also part of the relational exercise that humanised photography requires us to be open to experiential exchanges with people — to truly listen to their stories, and take an interest in them. This dive in affection and interest in sensitivity in the act of photographing makes me expose my most intimate and submerged personality in a way that I would never do in words. It is the way I feel most comfortable in sharing my narratives about the human experience and the feelings, beliefs, identity and discoveries that affect it. It is a paradox that is absurdly intimate despite being highly public. And I think photography is that too; a relationship that improves as it becomes more intimate, either for the one who creates or for the one who it reaches. 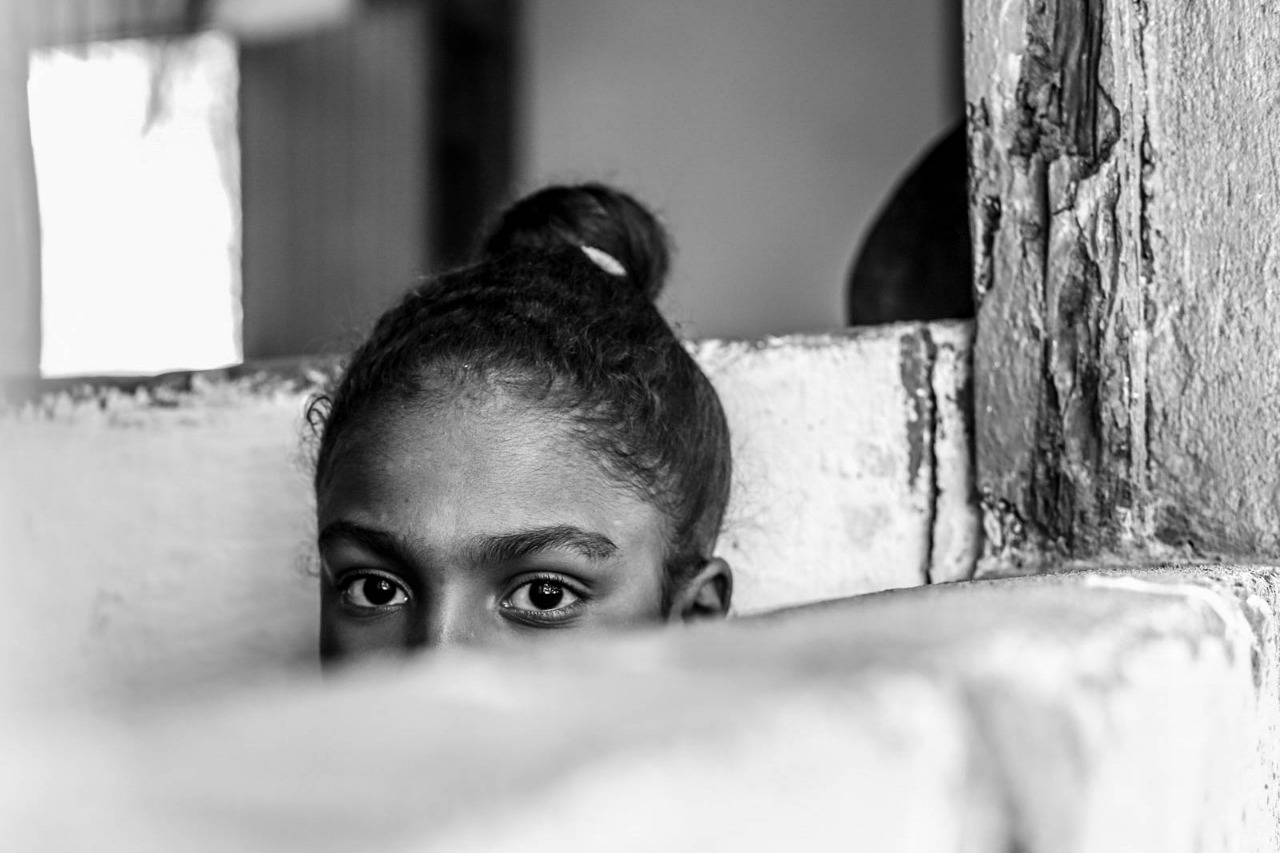 The prominence of culture in your photographs blossoms a perspective of welcome and comfort. Besides the image itself, they are invitations. Thinking of photography as a form (also) of communication, how do you believe your photographs relate to the viewer?

Shortly after I started photographing I began to feel that my work should have some political and not only aesthetic function, my desire has always been and still is to talk about important things not only for me. The racial issue is a struggle that has been going on for millions of people all over the world for centuries, and in cutting through the true history of Brazil we see that the birth of the country was sustained by a violent colonisation that massacred the indigenous tribes that already inhabited here and through kidnapping people from African countries to be exploited in every imaginable way. Unfortunately, their descendants still live the same violence but in more sophisticated political reproductions.

Our black ancestors were stripped of their own identities as individuals, being perceived only as machines of work, merchandise and object of study. Their names were erased, their family ties extinguished and their images were mere documents that inaugurated the scientific racism that sought to catalog, devastate, and analyse the nature of their existence. Thinking about this visual reparation, I direct my work to the re-signification of images of black bodies and stories — seeking to generate memories of identity, aquilombamento, knowledge, affection and traditions. It is necessary to perceive the great importance in the construction of these images from black eyes with a place of speech for the construction of the stories felt; also literally, in the skin. I believe that each person can access the images in different ways because they also interact with the very individual repertoires of life, but I hope that I can bring kindness and pride of identity with what I share. I want to influence other black people, especially women, to also produce images that talk about their lives. 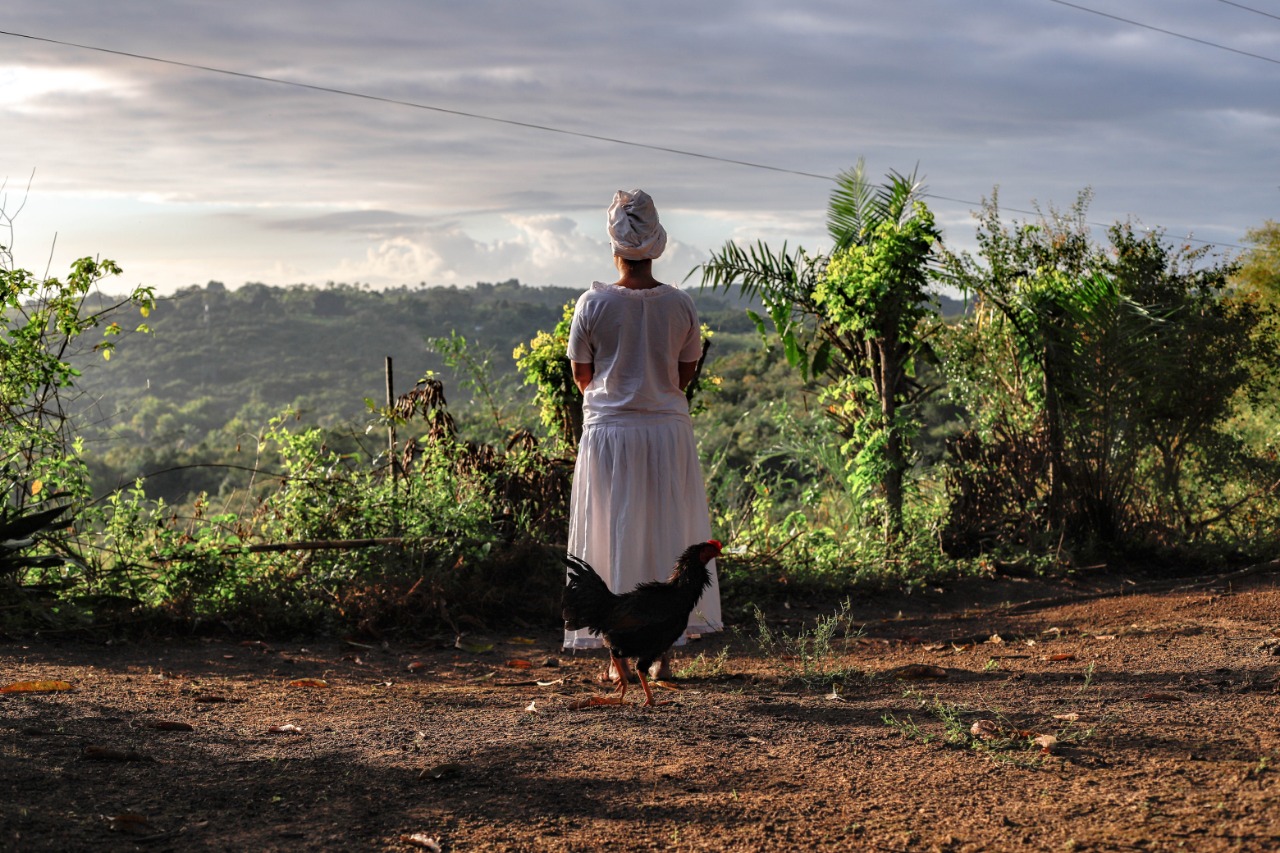 Your work has a great relationship with the candomblecist culture. The photographs of popular festivals and daily life stand out. What is it like to photograph great cultural events? How to decide where to direct the camera?

I produce best when I have fun and I always try to have fun when I photograph. The fun is not necessarily to be at the party from beginning to end, meeting your friends, drinking or dancing. That would also be wonderful but not always possible. I speak in the sense of understanding the purpose of what is happening around you and taking a real interest in it. I usually think, “would I be [here] if it wasn’t for photography?” It is important to be interested in the history of the celebration so that you know what can happen there and it will also allow you to better position yourself for important moments, as give you more insight into the culture(s) of your region. I believe that intimacy with the theme makes you access an invisible and necessary atmosphere to get emotional and from then on, find honesty in what you photograph.

A good example of a party that took me away was the Ecological Gift of the Community of Solar do Unhão held by the residents and fishermen in gratitude to Yemanjá. The party takes place in the alleys of the Solar that are very narrow and that accommodate the parade, residents, arabesques, photographers, children, flowers, lavender, visitors, and much faith. In other words, it is almost impossible to photograph [anything] — especially if it is raining — as it was this year. For the whole work, I ended up giving up insisting on photographing still in the first third of the way and I understood that it would also be very good to continue with a procession singing songs in salute to Yabá, which is part of my religious journey. And it was incredible to live that with all those people who didn’t know each other and seemed so intimate because they were talking about the same thing in those moments. This greatly reduced the anxiety to photograph, which became a secondary action. In the end, I ended up taking 4 or 5 photos, from comfortable situations that arose on the way and they were pretty cool because they translated everything I could feel at that party. 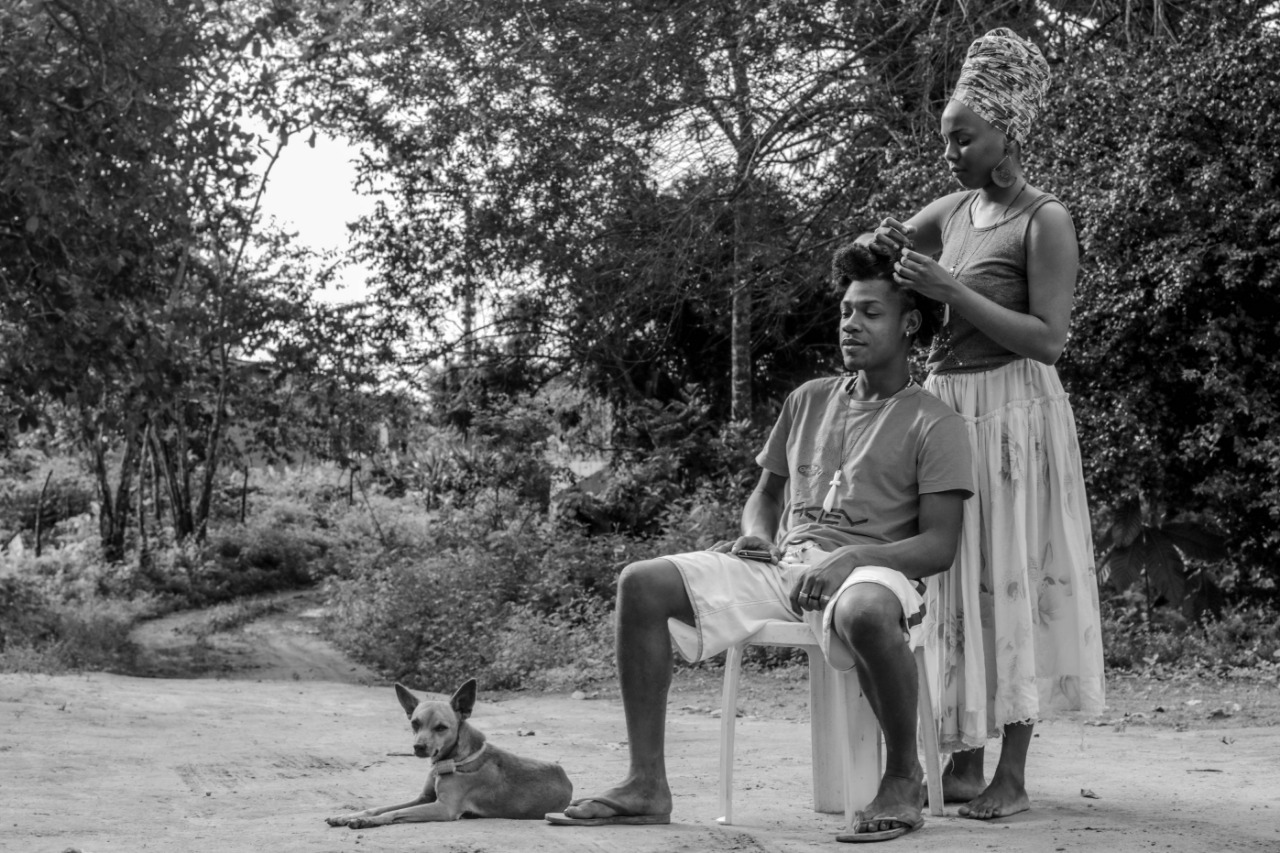 Unfortunately, cultural limits and barriers are becoming more and more present every day. Do you believe that your photographs are also a historical-cultural record?

I believe that documentary photography has the very important role of not allowing history to be neglected, offering us the possibility to revisit what we do not live and be the memory of those who will come after us. In the candomblé — of which I am the daughter of a saint — I carry out a work of production of visual memory with daily records of relationships of affection, of the formation of families who do not request sharing of the same DNA, of racial resistance as a quilombo, of knowledge through experience, of the importance of musicality and of the perpetuation of religious traditions, among other things also important.

This way we can have the traditional and very important orality of candomblé associated also to iconography so that we don’t have more historical erasures. I realised the importance of knowing the faces of ancestry when I realised that at 35, the only memory I had of my grandmother was a blurred one and of my grandfather, not even a blurred memory because he was not photographed in life and will be an eternal visual gap in my history. This discomfort made me realise again a greater sense in photography, thinking that it is undeniably an instrument of perpetuation of stories, lives and people that will never be extinguished while there is at least an image to remember them by. 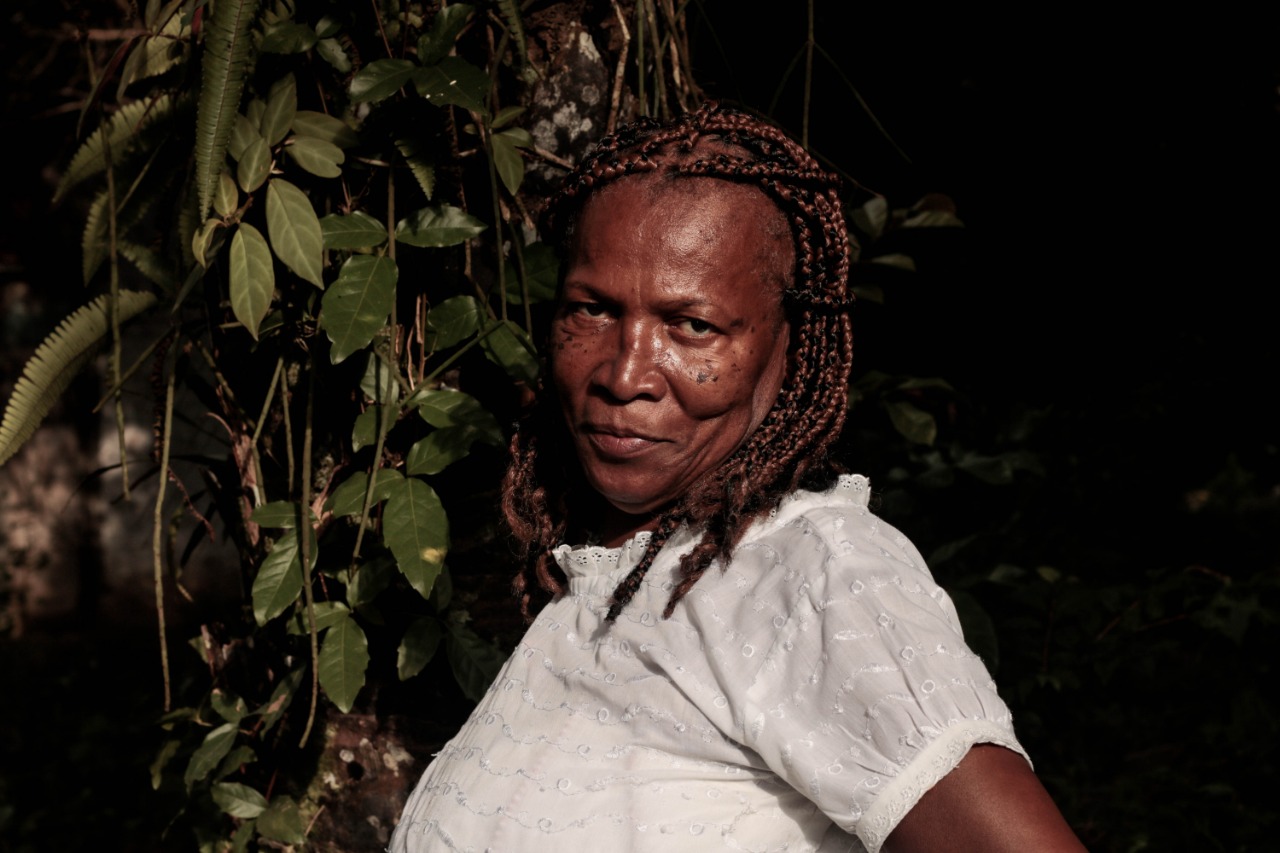 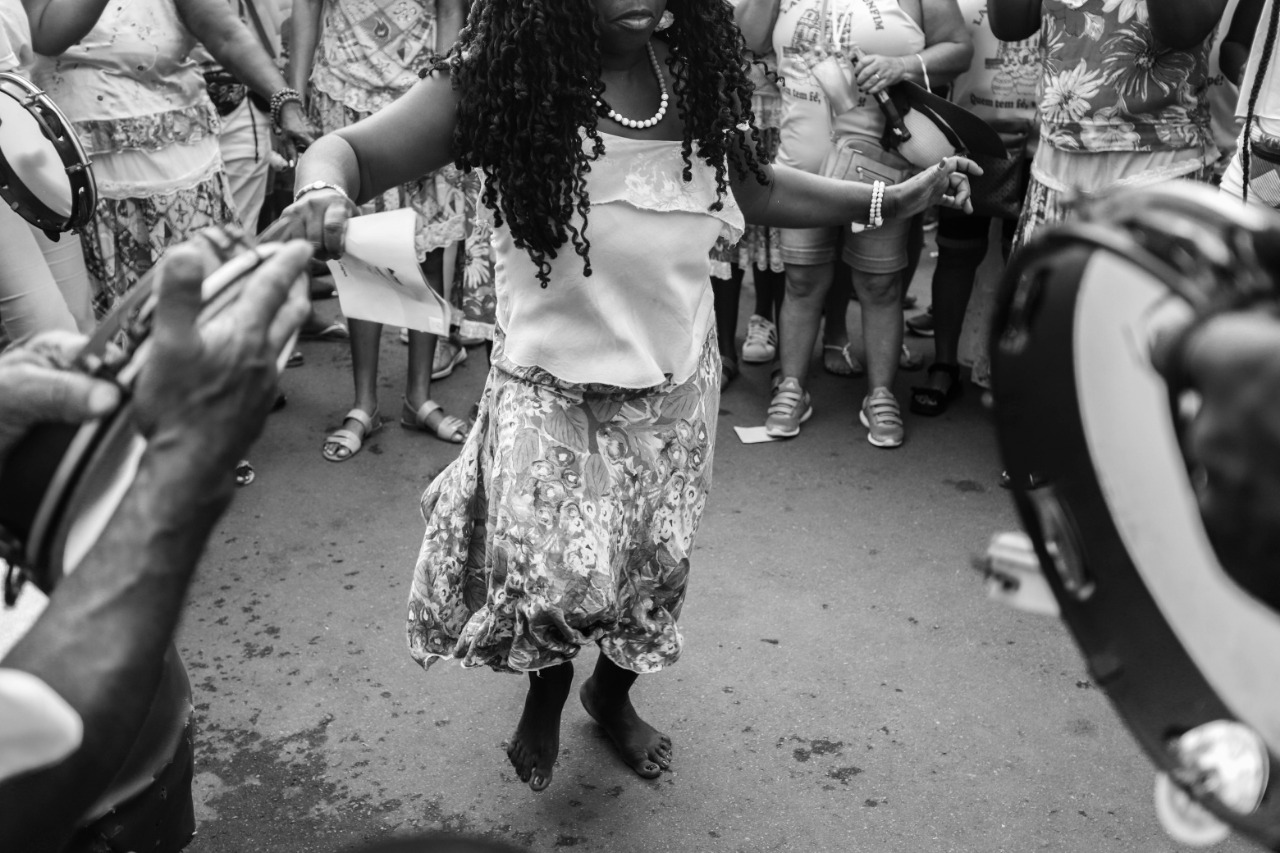 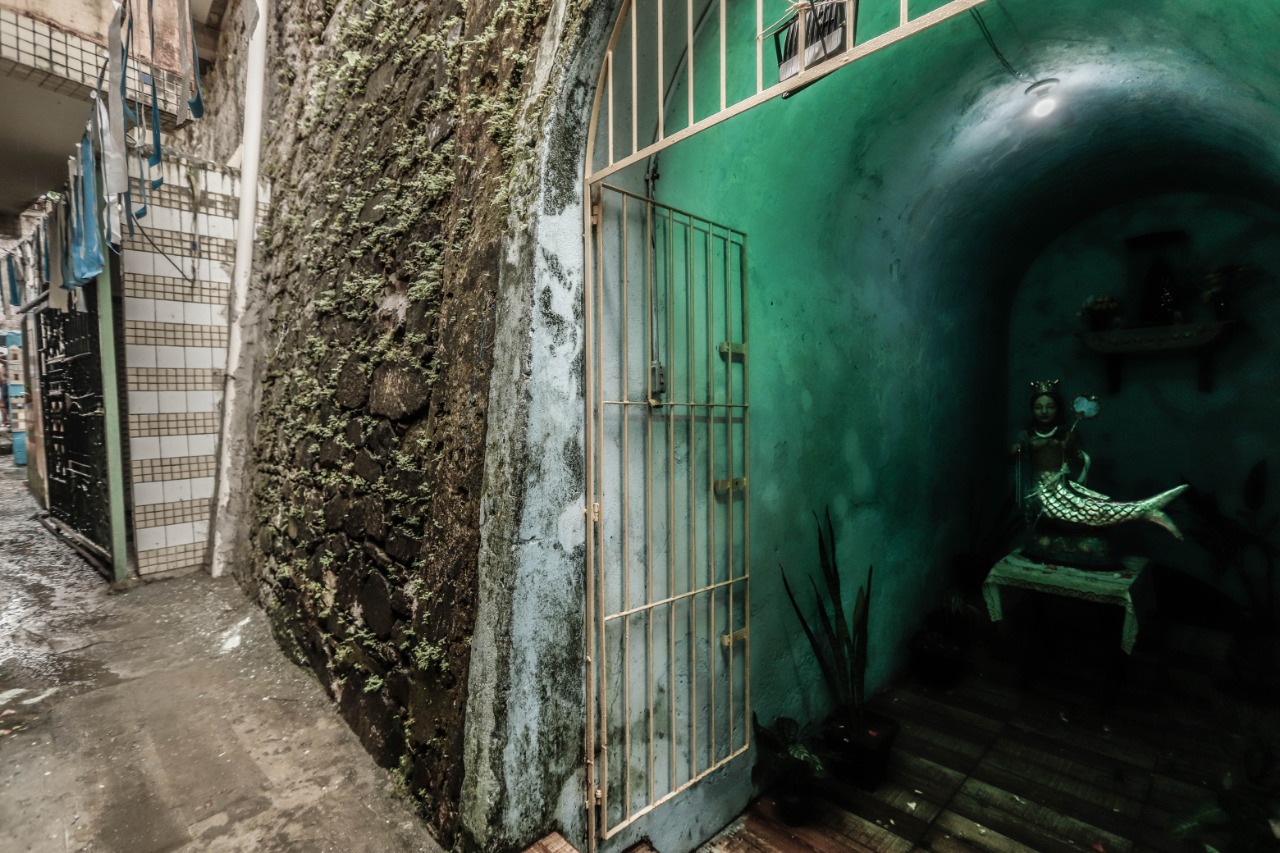