The PROVOKE Era: reflections on counterculture photography and lessons to be mined from it - Bubblegum Club

Provoke Magazine—has over the years—acquired somewhat of a cult following; particularly within the East Asian art sphere. Characterised by its gritty, rough, blurry and often out of focus photographic style which is now referred to as “are-bure-boke”. In truth, are-bure-boke was the perfect form of stylistic expression as its emphasis on movement and disorientation captured, and to a large extent challenged not only the Japanese art sphere of the late 60s, but a rapidly changing Japan in terms of political and socio-economic circumstances. Provoke was a movement. A good honest look at a rather tumultuous world. Not only a rebellion against the norm but notably a rebellion against the Westernisation of Japanese culture, all while challenging its readers to think critically. The images, poems and essays were never meant to be easily digestible as the magazine’s subtitle proclaims; Provoke was nothing less than “Provocative Materials for Thought”. Established in 1968 by a group of radical writers and photographers who with their work—particularly during the Provoke Era—influenced an entire generation of contemporary Japanese photographers, writers and poets. The likes of Kōji Taki, Takuma Nakahira, Yutaka Takanashi and Daidō Moriyama, owe much of their international acclaim to their time spent working on Provoke. However, it is important to note that photographers outside of the magazine’s bubble such as Eikoh Hosoe, also gained immense attention albeit that Hosoe’s work still formed part of the Provoke Era and focused on similar subject matter. 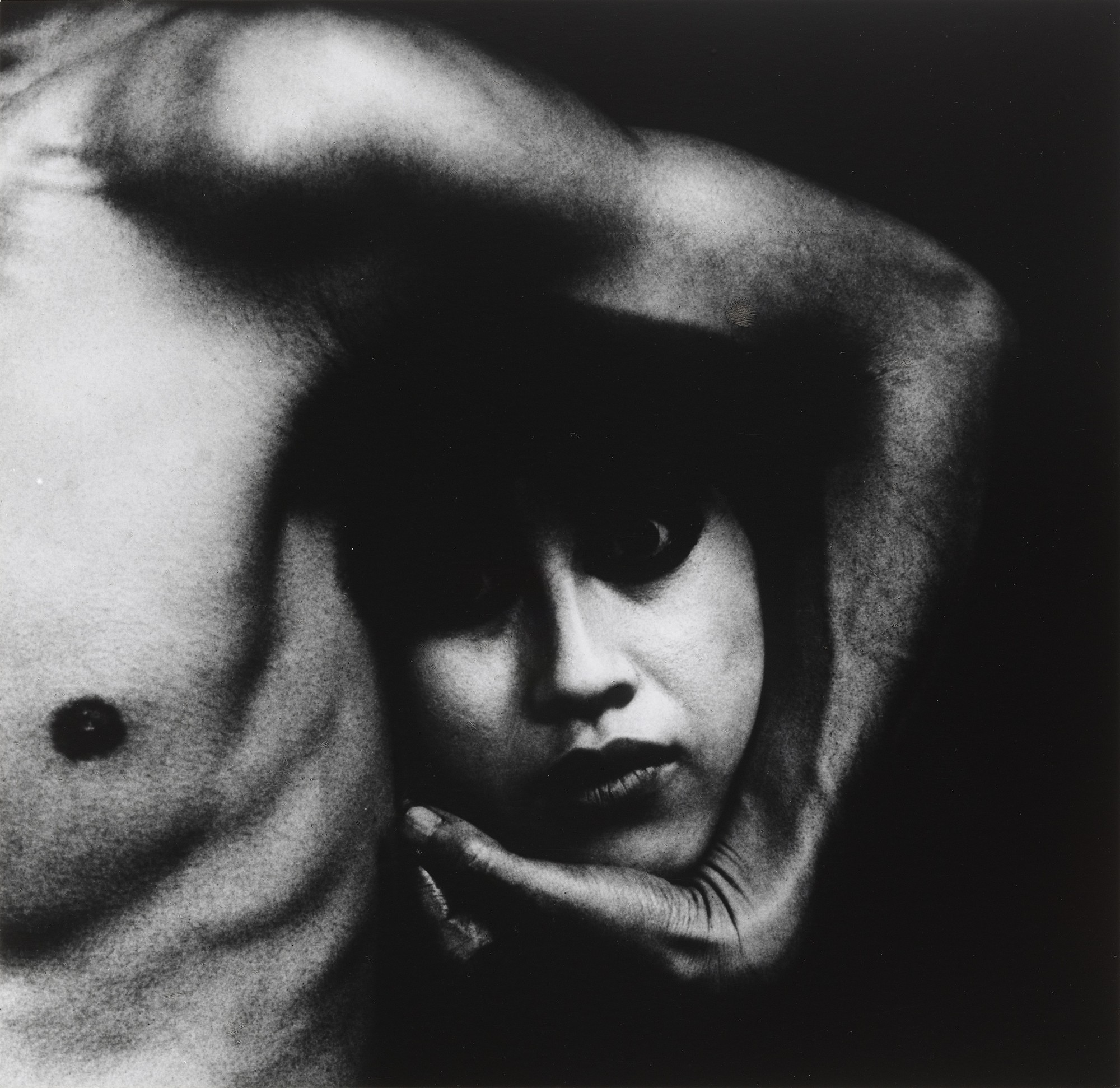 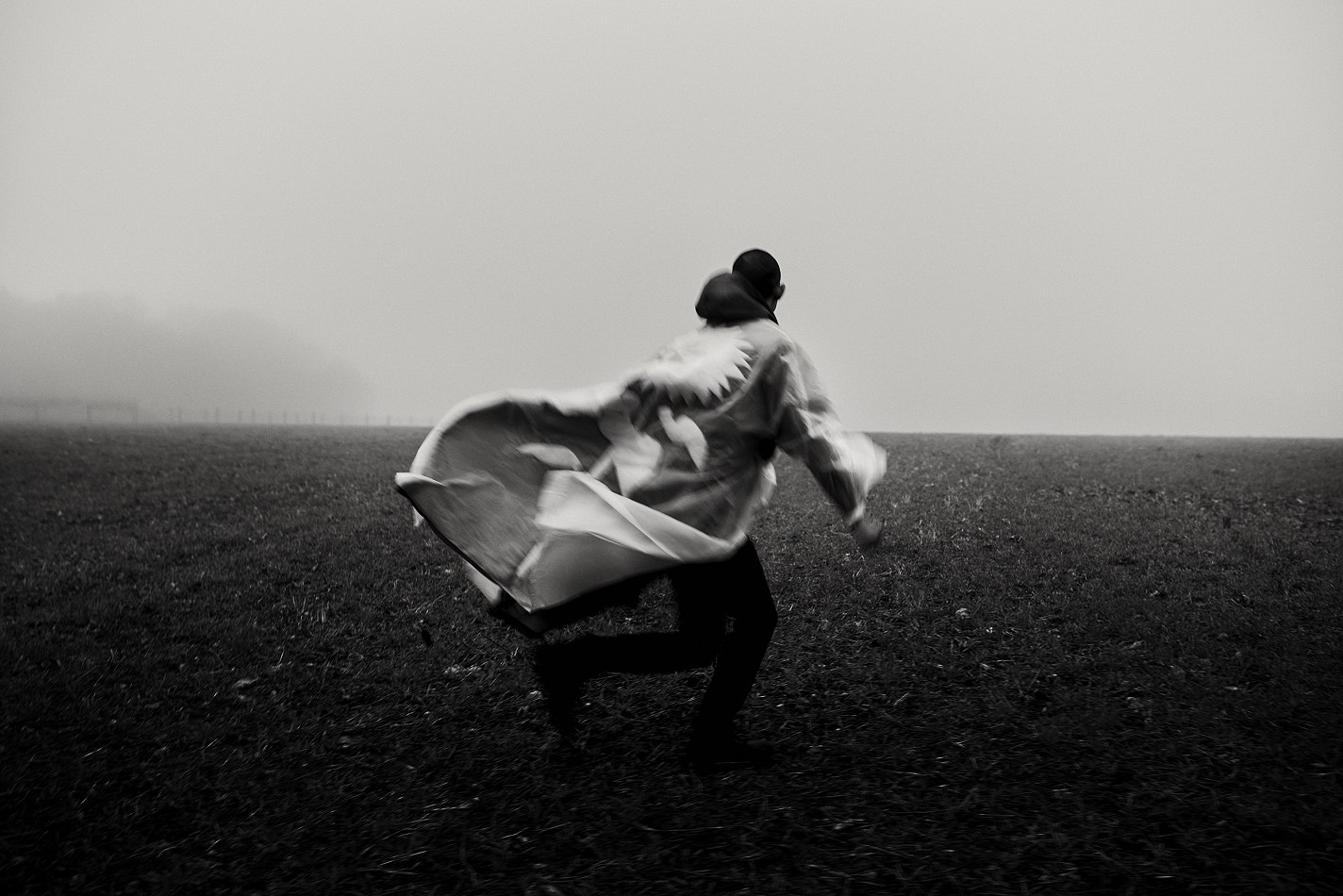 It took merely three issues of Provoke to change the Japanese photography landscape forever. It was the creation of a new visual language, and as is the case generally with counterculture movements, the magazine was heavily criticised. The “are-bure-boke” black and white imagery saturated beyond belief. Its sexual imagery and perceived lack of thought and process were the complete antithesis of the prevailing clean-cut aesthetics presented in Eurocentric photojournalism. See, it was not that the Provoke Era photographers lacked thought or process when it came to the works that they produced. Instead, they had rejected dominant and dominating conventions to such an extent that peers and European counterparts were ironically the ones who lacked the unoccupied imagination necessary to see what these individuals were doing. This is captured most beautifully in this exert from the manifesto published in the first issue of Provoke, “A photographer’s eye can capture fragments of reality that cannot be expressed in language as it is”. This is taking the age old adage of “a picture is worth a thousand words” to a whole new level. Rather than prescribing meaning to images through words, the Provoke Era photographers attempted—and in my opinion succeeded—in creating a visual language beyond a need for words or narrative. Beyond any form of fixed meaning. 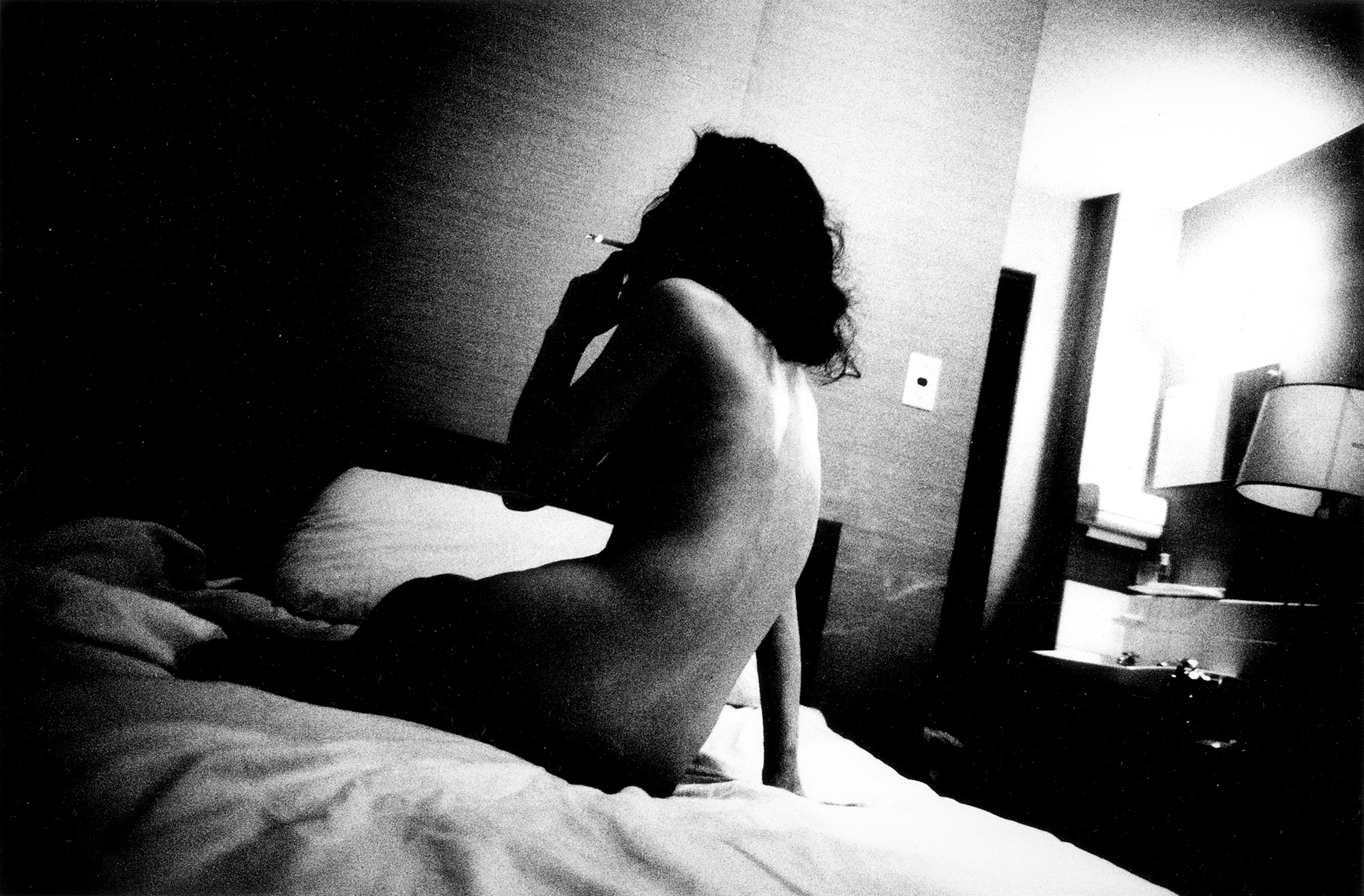 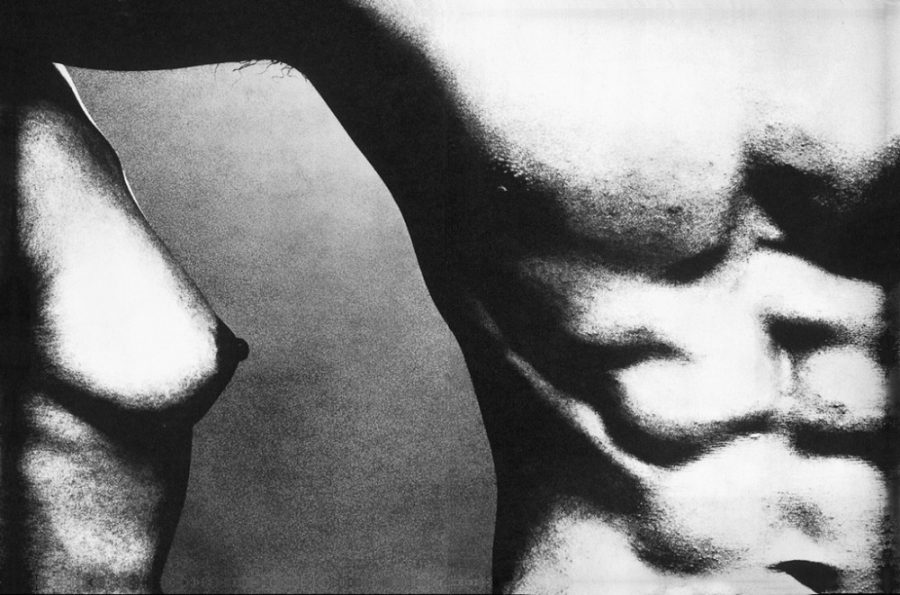 This is captured quite poetically in a quote from Moriyama in an interview with Ivan Vartanian for Aperture:

Language is a direct medium and communicates meaning and intention straight. A photograph, on the other hand, is subject to the viewer’s memory, aesthetics, and feelings—all of which affect how the photograph is seen. It isn’t conclusive the way language is. But that’s what makes photography interesting. There’s no point in taking photographs that use language in an expository way. Taking photographs for the purpose of language is for the most part meaningless for me. Rather, photography provokes language. It recasts language; within it, various gradations outline a new language. It provokes the world of language: looking at images leads to the discovery of a new language.

The history and thought-provoking ideas of Moriyama aside, why is it that a short-lived publication such as Provoke is still relevant in a contemporary context, and what can the South African creative landscape absorb through learning from it? 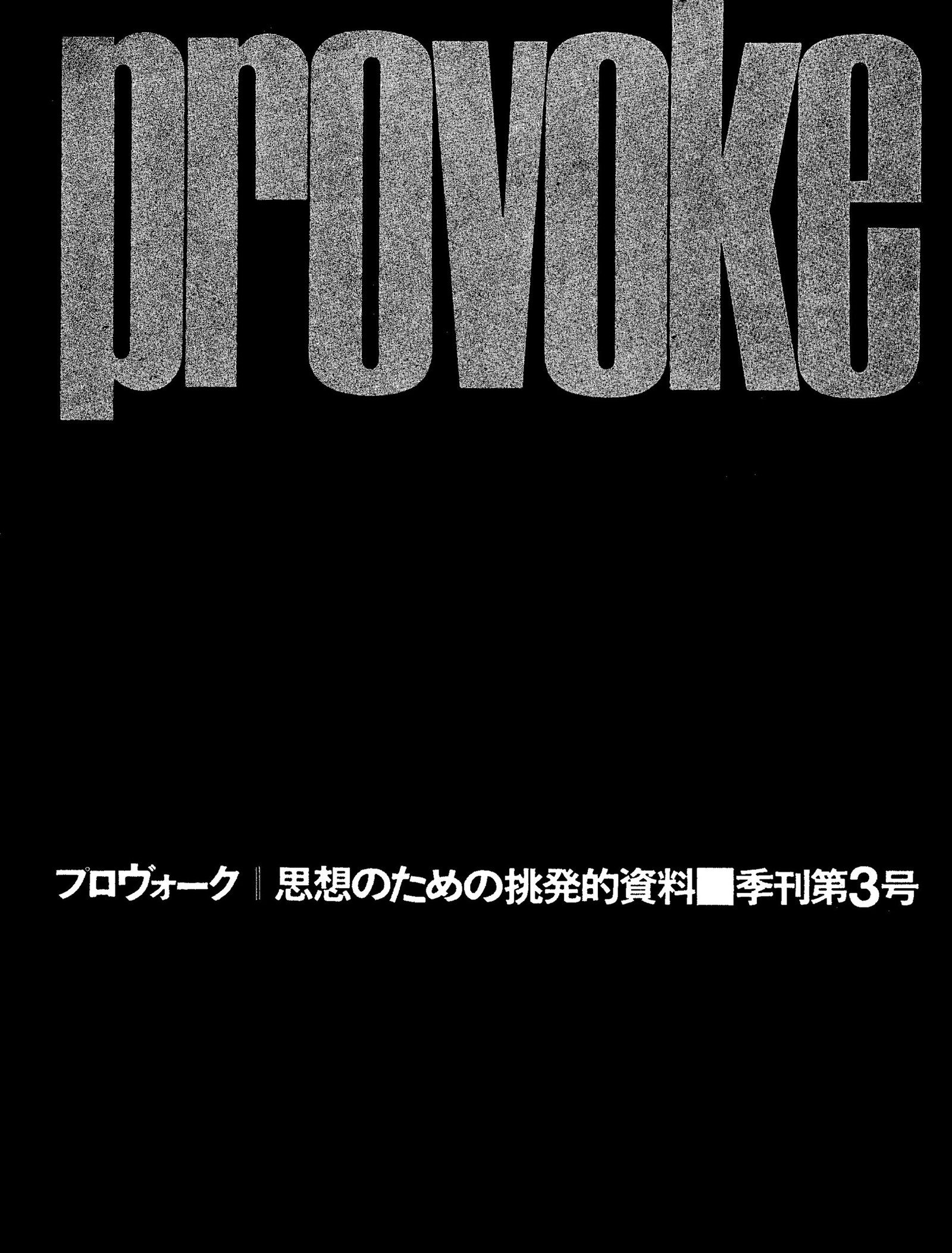 I want to preface this section by mentioning that it is in no way a self-righteous smear on the South African creative scene. In truth, I think given the resources the industry has at its disposal we’ve done pretty well. This is all just food for thought. First, I want to expand on the contemporary relevance of the work produced during the Provoke Era. In truth, the focus is not necessarily on the work itself, but rather on its the creative ethos, the reaction and retaliation of the Provoke Era artists to the world around them. A product of a tumultuous time in human history born from dissatisfaction with rapid industrialisation, neo-liberalism, socio-economic strife and cultural homogeny. Take a moment to reflect. Is the contemporary context all that different, particularly within South Africa? Worrying levels of youth unemployment, terrifying gender-based violence statistics, one of the highest levels of socio-economic disparity, harrowing poverty rates—and now a global pandemic thrown in for good measure. I do want to specifically single out cultural hegemony as it is apparent that America continues to tighten its grip of imperial cultural hegemony to an almost global level. 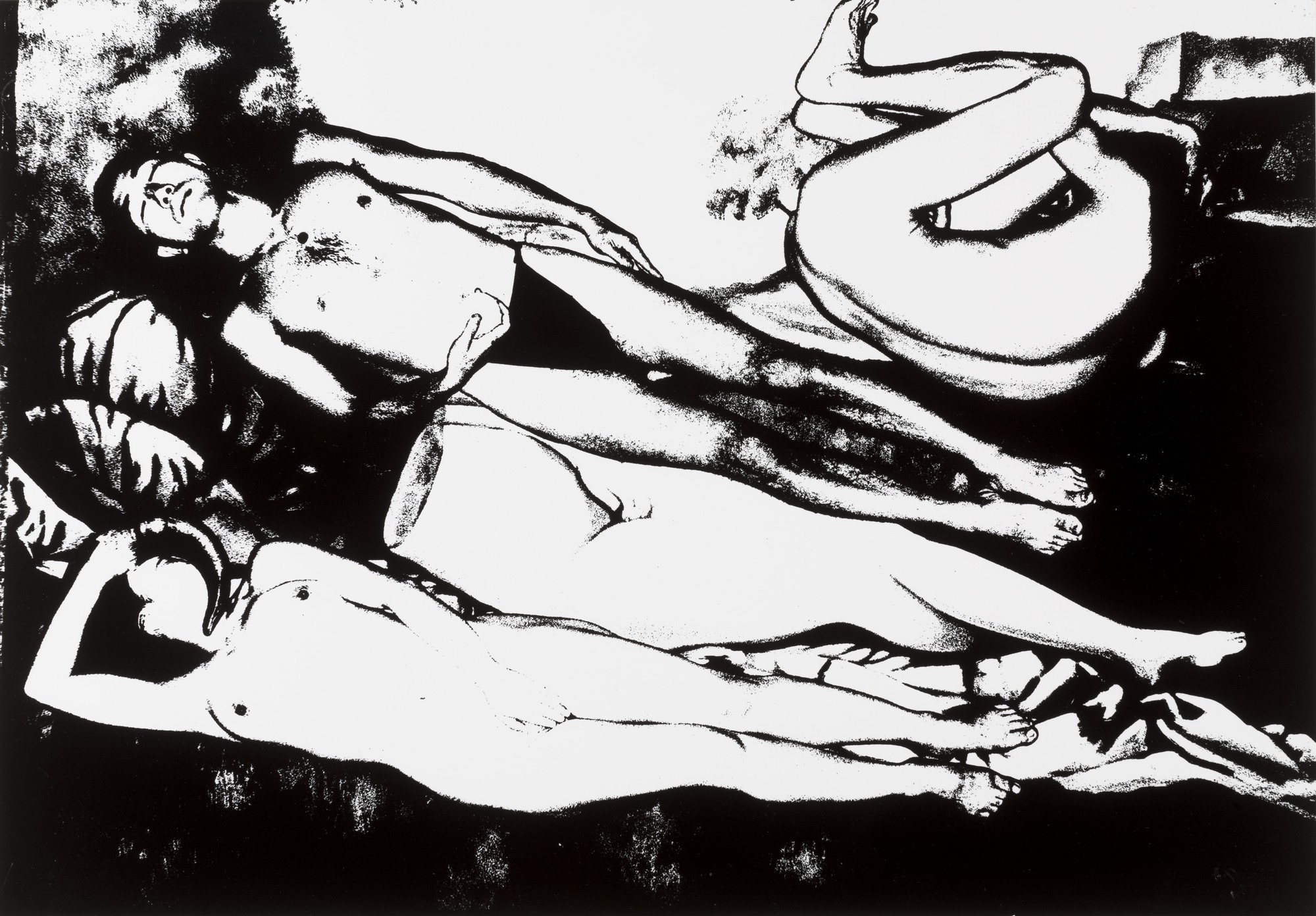 We consume such an extraordinary amount of media in all its various forms from the States that it has seeped into our subconscious and become the norm, the benchmark and pioneer of cultural expression. Unlike the photographers of the Provoke Era, there is a tendency within our country’s creative spheres to create content in ways that replicate Americanised aestheticism. Commercial, clean and most disappointing of all unbelievably safe, to make it easily digestible to a broader audience. This does, however, have its drawbacks. Think of it as us telling and creating uniquely South African narratives through a Global North lens or copycat visual language. It’s the super clean cut commercialised editorials, the recurring auto-tuned crooning—a little too reminiscent of Travis Scott—or the general presumption that if it’s a locally produced film or series, that it couldn’t possibly stack up. However, a rejection of American or more broadly of Global North cultural hegemony falls on more than just the creative industry. As consumers of the media produced within South Africa, we also need to be willing to champion innovative, interesting and forward-thinking work even if it’s different from what we’re used to or what we have come to expect. 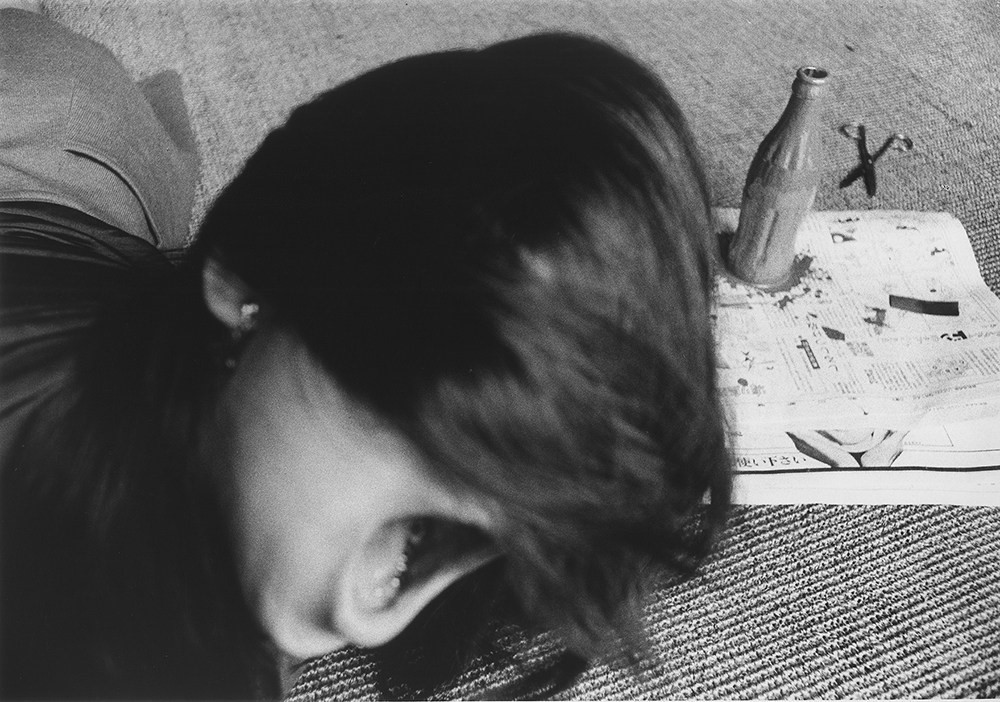 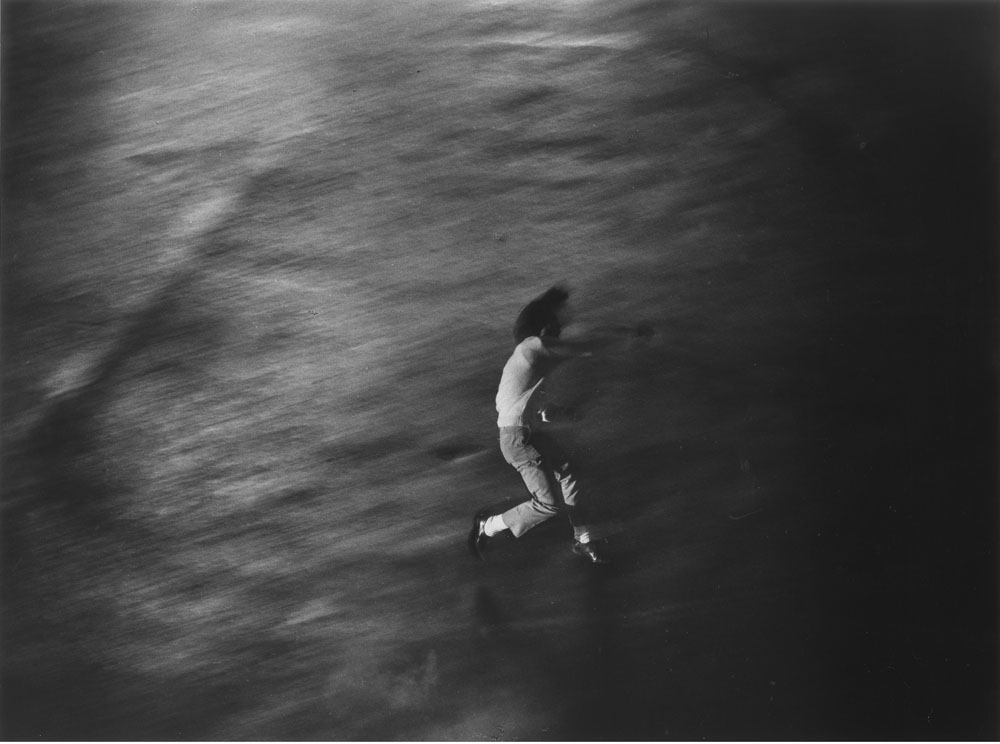 This rejection of American cultural hegemony also opens up space for the South African creative industry to imagine its own visual language(s). What the possibilities of these visual language(s) are? Well, that I am unsure of, although it is clear that creating a space in which they can thrive has to be the priority. I think here we can take queues from our sonic landscape(s), as one could argue that both Gqom and Amapiano have succeeded in carving out a uniquely South African sound in a creative territory also generally dominated by Americanised content. The most crucial aspect to consider when you talk about the possibility of a South African visual language or languages is the power they could potentially possess in bridging cultural and socio-political/historical barriers. This, in a country with 11 official languages, varying H/histories and immense cultural diversity is invaluable. Its impact could be far more profound in a culturally heterogeneous society such as ours. We need risk-takers, pioneers, radical thinkers to shake things up. It’s high time we engaged with South African narratives through South African lenses—as chaotic or varying as those aesthetic/conceptual language(s) may be. 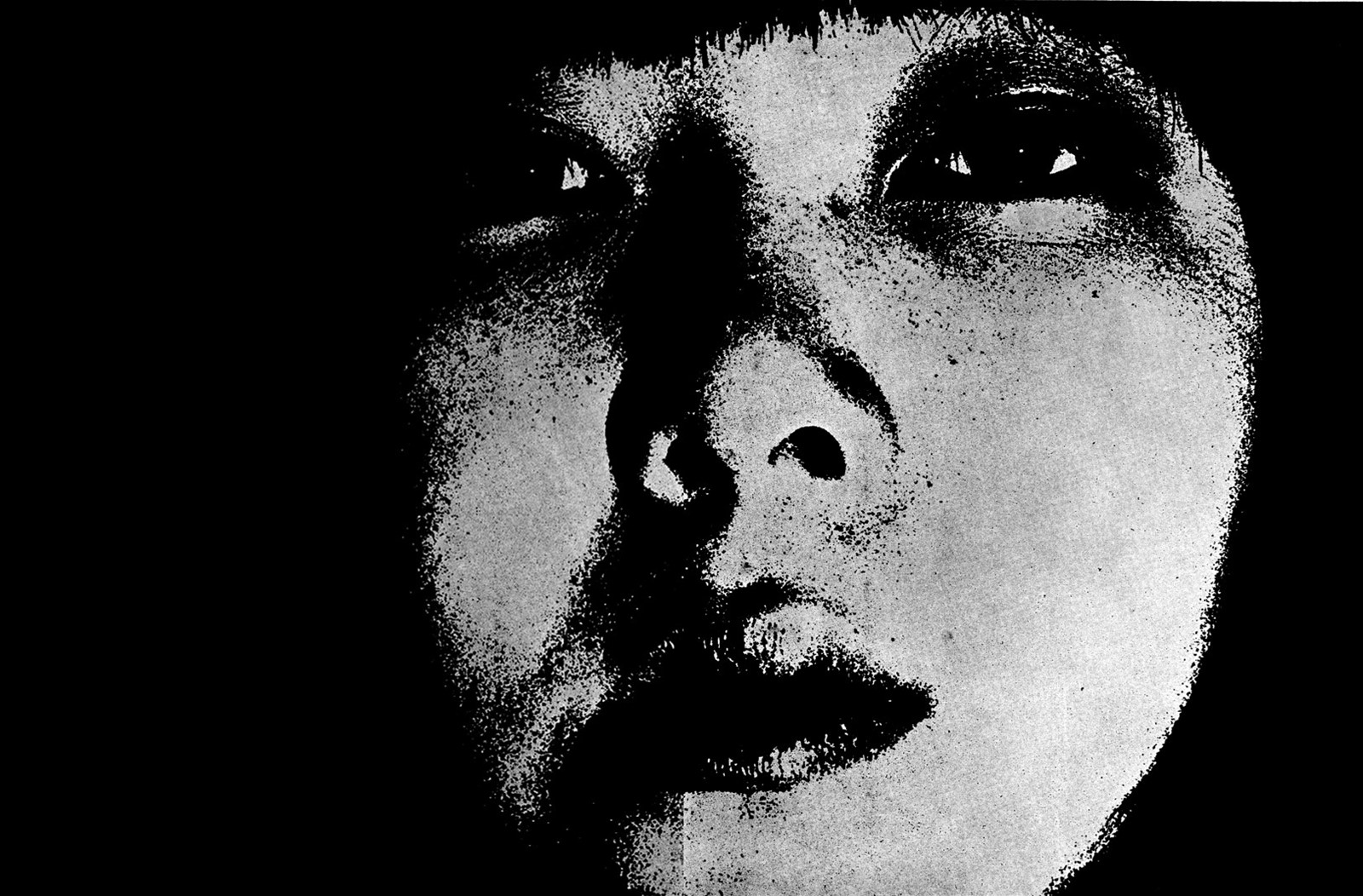