Eddy Kamuanga Illunga is a young artist from DRC whose work focuses on the nuanced layers of his country and hometown, Kinshasa. He began art studies at Académie des Beaux-Arts in Kinshasa, and found that it assisted him with the technical aspects as a painter, but muffled his work conceptually. As a result he decided to leave the institution, and found himself drawn to other artists with whom he found an affinity. Collectively they formed a studio called M’Pongo which offered a space for them to share ideas and exhibit together, molding their own styles that were plugged into the electricity of their city, and inserting this into the Fine Art space.

Individually, Kamuanga Ilunga zones in on the socioeconomic, political and cultural alterations that have taken place in DRC since colonialism. He has created work that unpacks the nuances around the impact of modernity on cultural groupings, and the way in which people in Kinshasa are negotiating change and tradition. 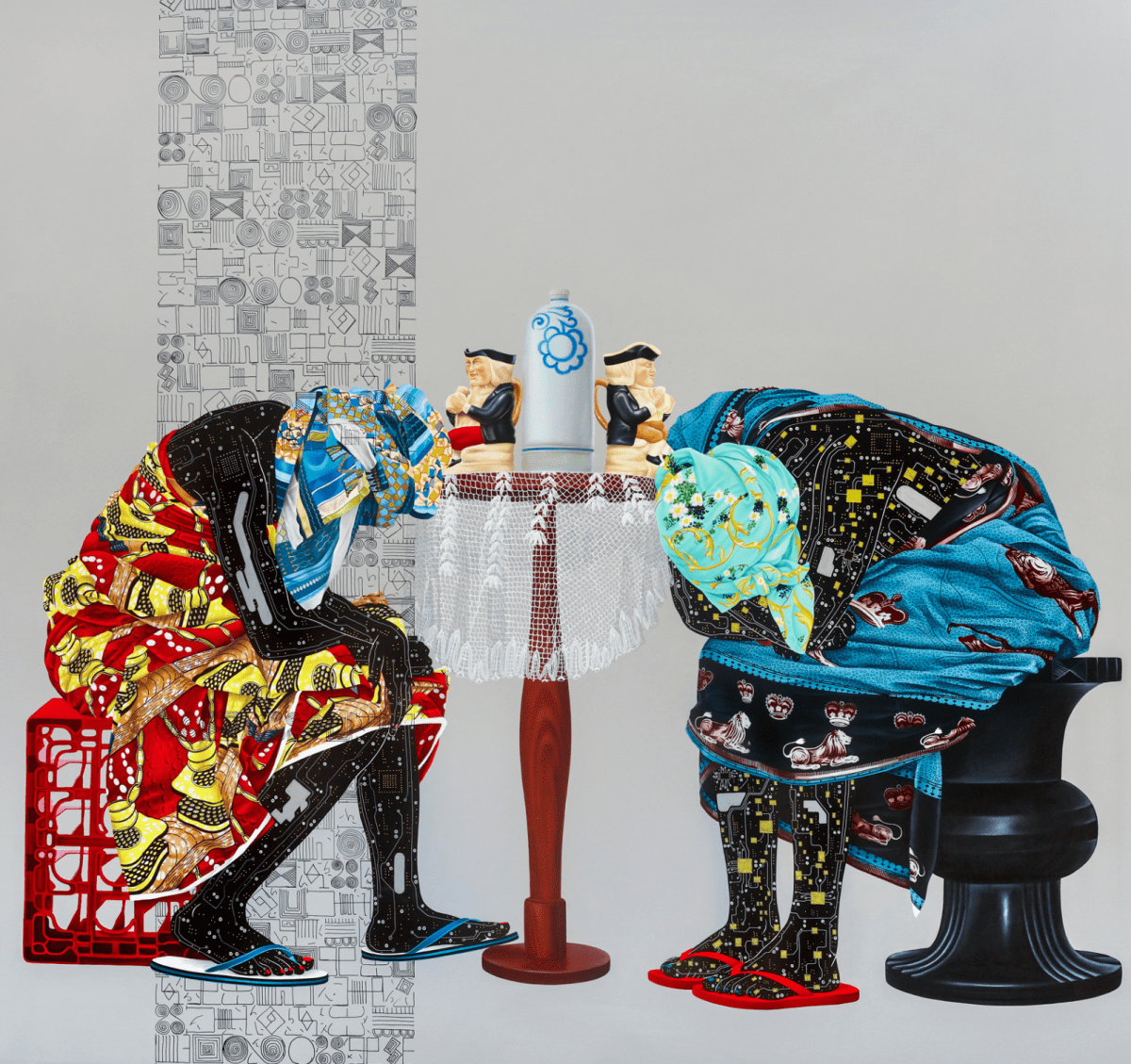 DRC is one of the largest exporters of coltran, a raw material necessary for the production of computers and cellphones. Kamuanga Ilunga makes reference to this visually through a stylized mimicry of a circuit board painted across the skin and backgrounds of his images. This also has the effect of placing his work, his city and the people he depicts in his paintings within the context of globalization, signifying its overpowering consequences. In his latest series, Fragile Responsibility, we see this motif used as the skin for the figures, while cloth, hats, suspenders, lace table covers, and porcelain objects tap into the history of the Kongo Kingdom, and the exchanges that took place with colonial traders. In this work Kamuanga Ilunga pays tribute to the slaves and ancestors who resisted the human trafficking. The figures appear somber and mournful, with their heads hanging low and cloth barely hanging on to their bodies, symbolically pointing to the loss of life and de-centering of African cultures through colonialism and the condition of coloniality.

To check out more of Kamuanga Ilunga’s works visit his Instagram. 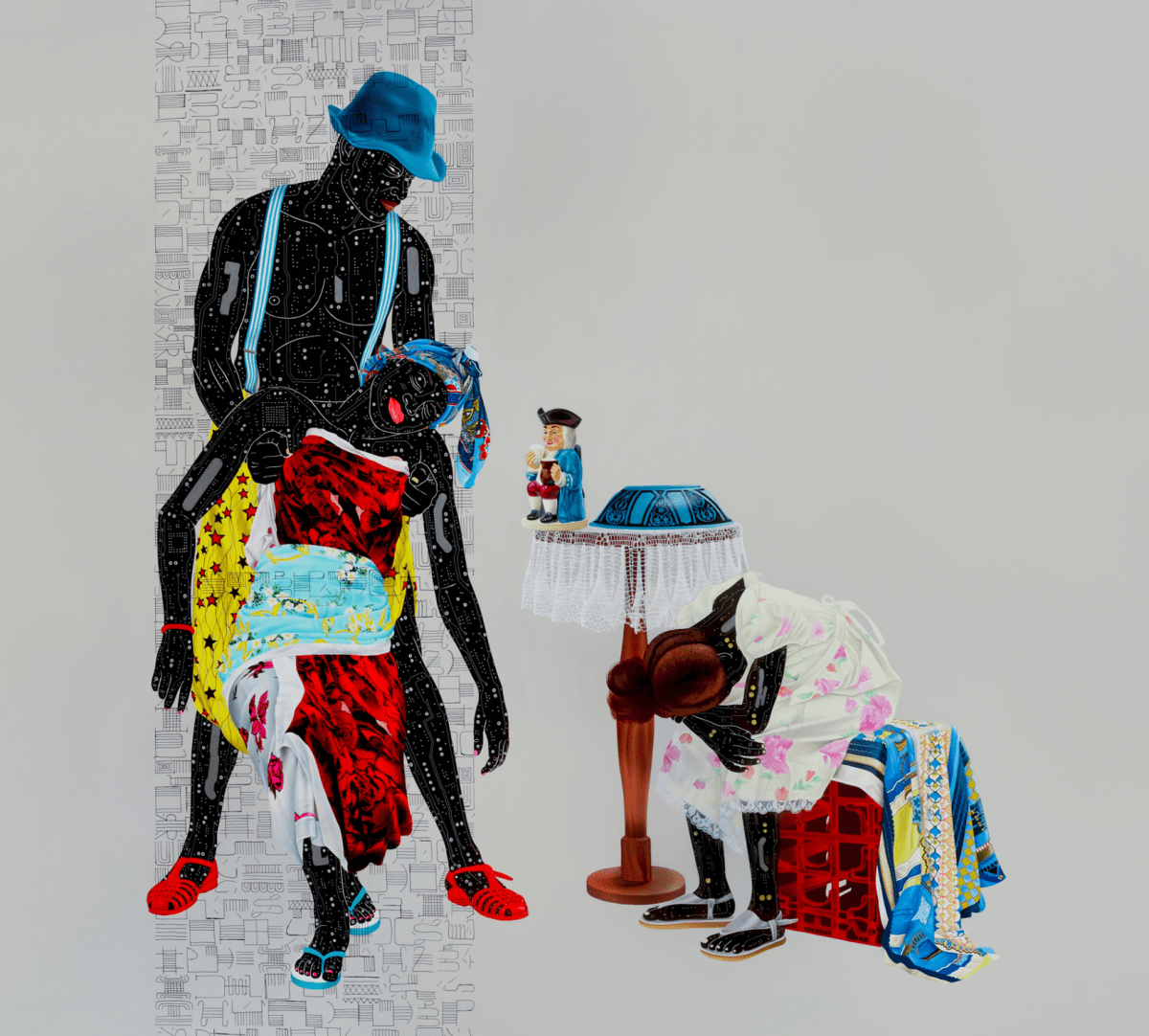