Originally from Cape Town, printmaker Roxy Kaczmarek lives and practices in Johannesburg. Obtaining her BA in Fine Art at Michaelis, she went on to work as a printer and studio manager at Warren Editions Print Studio. Recently she has submitted her dissertation and exhibition, Third Landscapes towards a Masters at the University of Johannesburg.

The point at which plants and humans intersect within liminal spaces of Johannesburg is interrogated with Third Landscapes. Aiming to break away from traditional modes of printmaking, the work embodies the form of an experiment with both print and cement. Viewing her work as parallel with emerging printmaking collectives in the city such as Danger Gevaar Ingozi Studio, Alphabet Zoo, Malebona Maphutse, Allyssa Herman and Sarah Hunkin. Roxy investigates identity within the context of Johannesburg. This exhibition holds a collaborative element with them and features a sound piece by Thor Rixon. She explains that “The end result is a reflection of the hybridity and multiplicity of the city.”

“The collaborative projects are an effort to engage on a multitude of levels: rethinking traditional forms of how prints are made and presented and rethinking of voice in exploring and gaining post-colonial knowledge of our developing and shifting relationship to the city.”

A love for plants and their growth cascaded into a fixation with fauna and flora and the way in which they are grown in the largest man-made forest in the world. Aware of the complicated nature of ‘space’, Roxy began observing how certain sections are fenced off, built up and how one is “ushered” through this particular landscape. An interest flowered into these in-between spaces and the plants that grow there.

In preparation for the exhibition, the research tenet takes on two distinct forms – emerging printmakers in Johannesburg as well as practice based research. Making use of a method called Portraiture for the first iteration of research, information was collected through articles, exhibition catalogues, interviews, blogs and social media thereafter taking its final form as a series of written portraits. “I believe they are using the mode of collectivity as a means of challenging and breaking away from traditional practices of printmaking. Through constructing these portraits I subjectively explore their features, projects and works and reflect on their essence.”

The practice based research involved exploring the “positionality of my identity—having grown up in post-1994 South Africa, and currently living in Johannesburg—contemplating the city’s urban landscape as a portrait intrinsically tied to its socio-political context.” Roxy explores alternative means of print making with the product disconnected from the limits imposed by ink on paper. This is done through installation and sculptural practices that investigate the idea of multivocality through collaboration.

Brick, tar, concrete–material inspiration for the use of cement within her works as a way to signify suffocation and omnipresence in urban environments. “The etchings are cast in a sculptural combination of ink, plaster and cement, in the form of a tile which offers an alternative to the traditional print on paper.” Placing them throughout Victoria Yards (the exhibition venue) each viewer is provided with a map that is followed to its locale, done in order to bring the viewer out of the white cube and view works in motion in an urban setting.

The term ‘Third Landscapes’ is borrowed from the French gardener, botanist and entomologist Gilles Clément:

Third Landscapes, [are] abandoned or transitional spaces whose fate is un-decided. The Third Landscape is not a garden; it is the genetic reservoir of the planet. It is, of course, necessary to cultivate gardens, to practice agriculture, and to build, but not everywhere.

The exhibition then asks of its viewer to “reflect on a more subtle notion of identity” that is linked to our existence within spaces. “By bringing attention to our relationship with urban space and landscape—the influence we have on its construction and its influence on how we form identity and how we ascribe meaning.”

“Through this series of monotypes and paintings, I re-imagine urban spaces and personify plants, ascribing a mood and feeling to the image, an uncanniness, strangeness, loneliness or claustrophobia. The plants in these liminal spaces are a reflection of the people who are absent in the images, but who dwell in and contribute meaning to these spaces. The images are informed by conventions of traditional western landscape painting; however, rather than glorify nature, they explore moments one would usually overlook: the placement and displacement of plants, and the built environment of the city.” 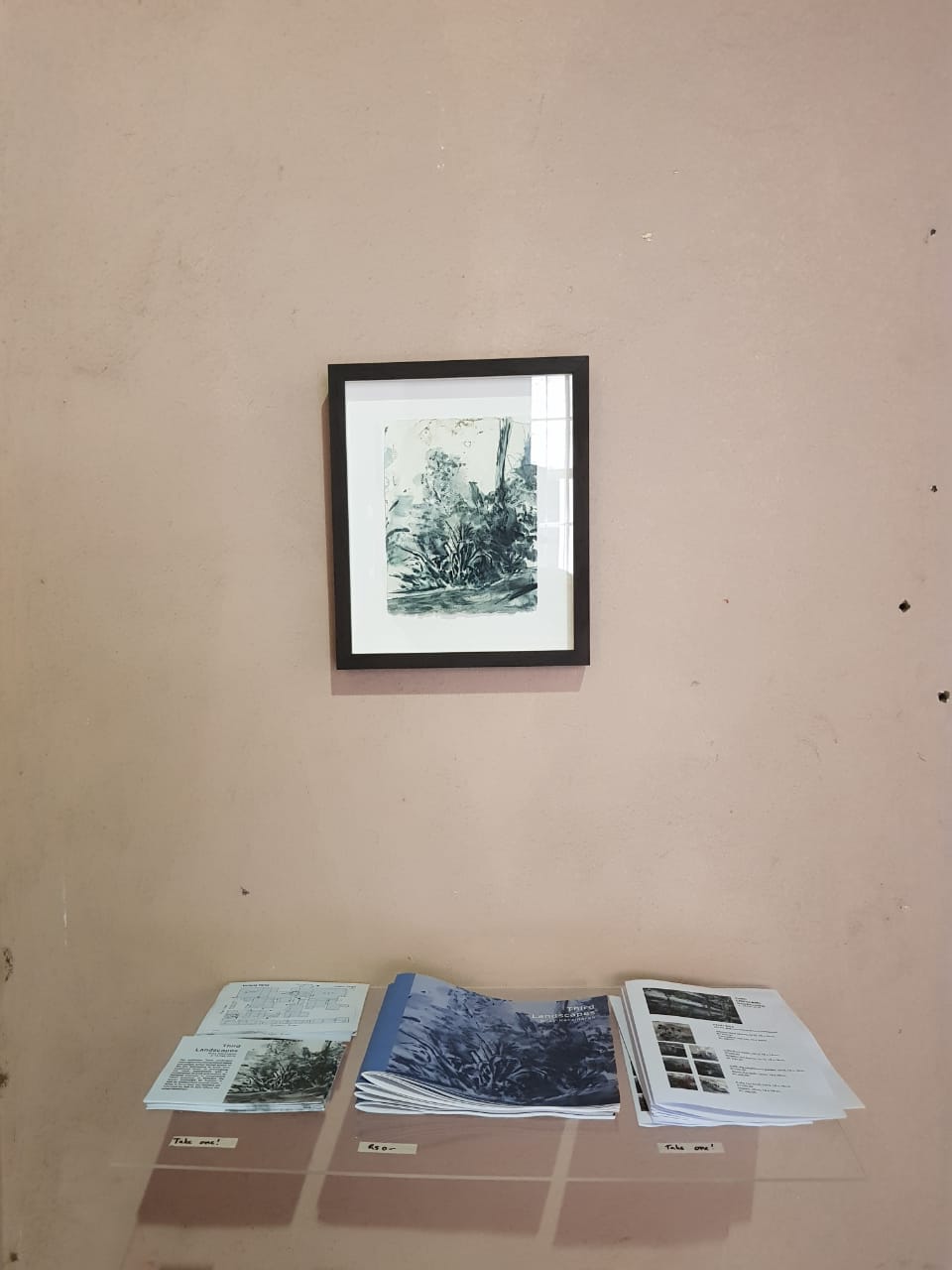 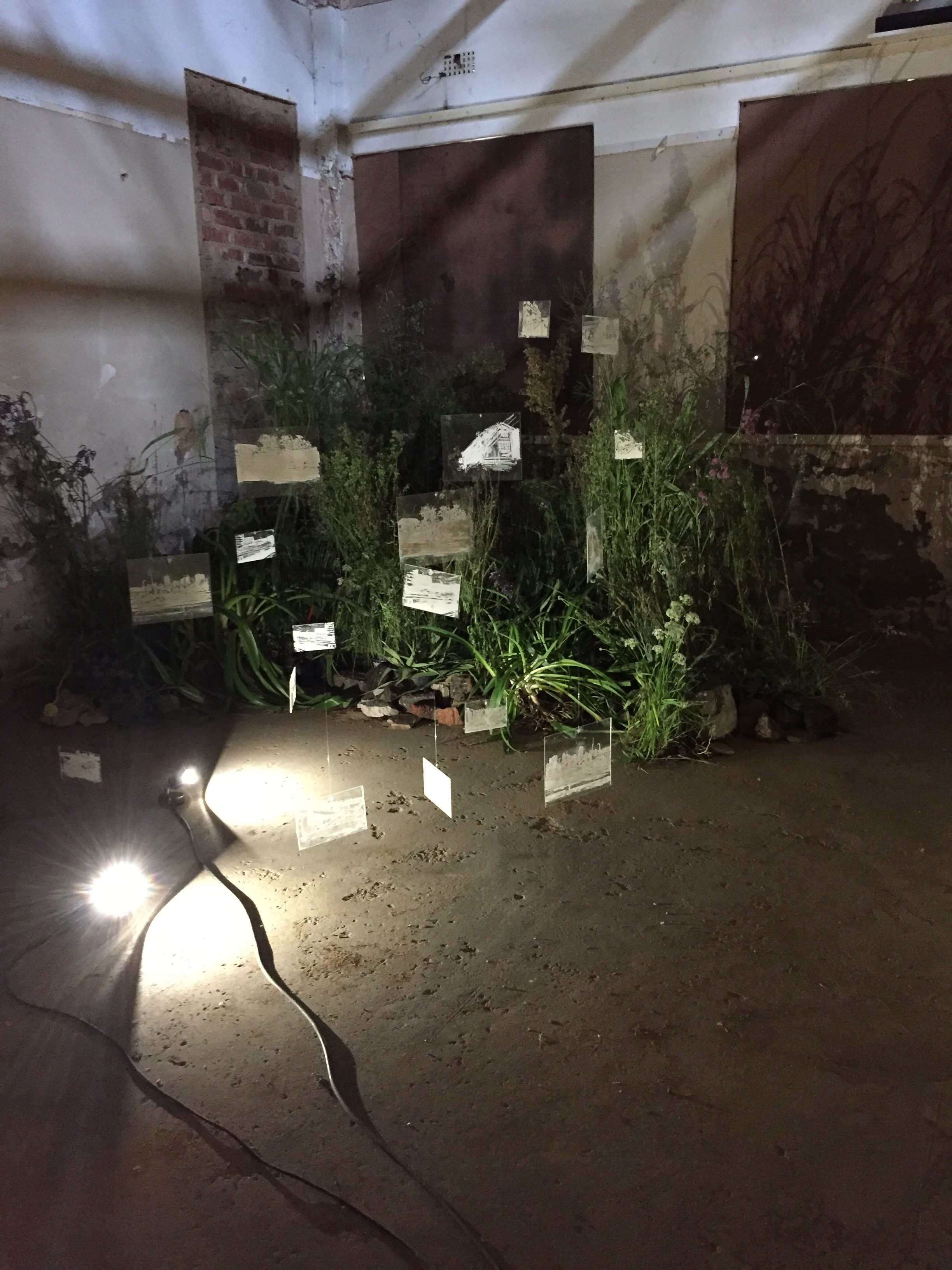 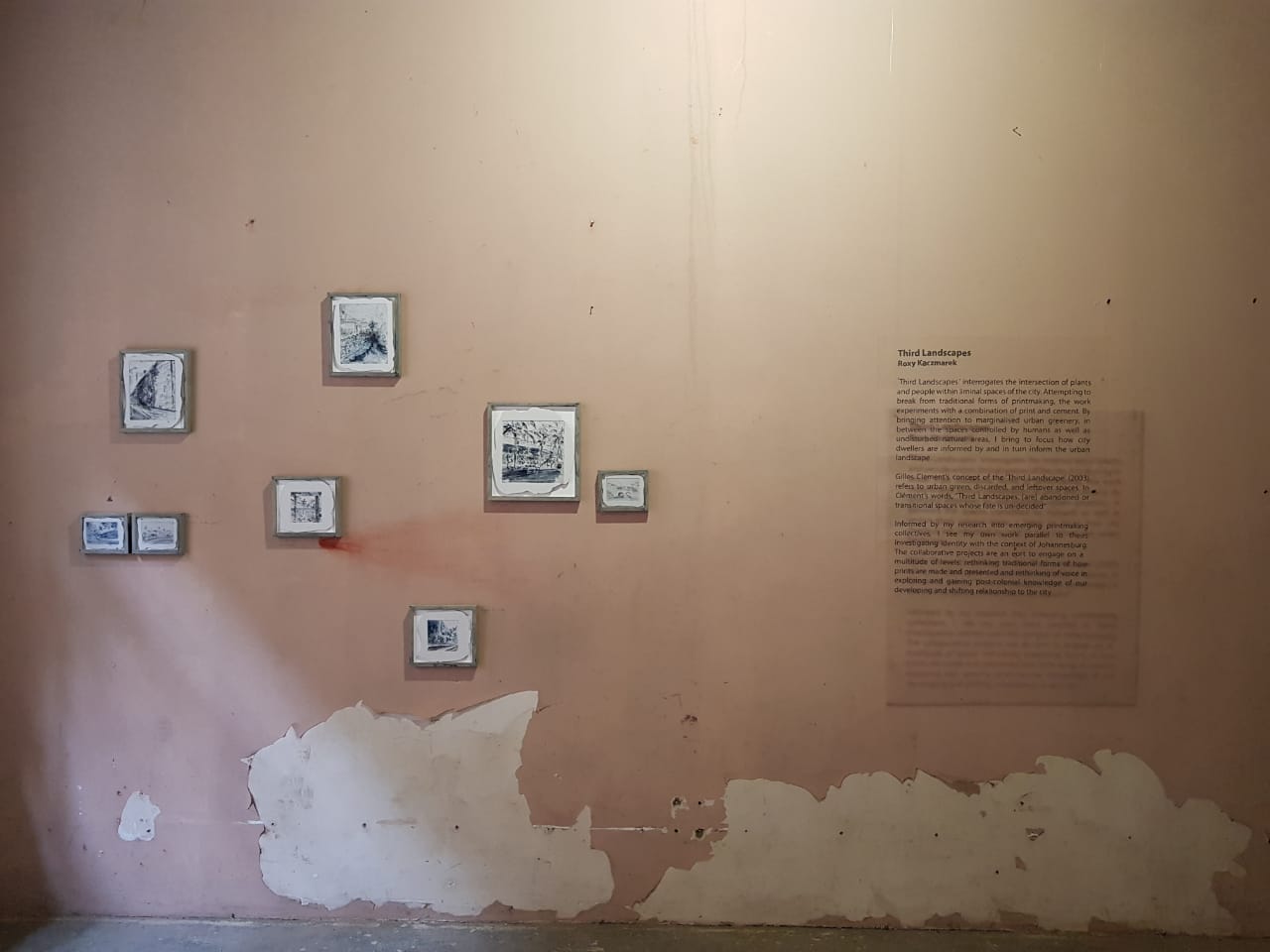