‘Crave’ – a fractured performance on the urban dystopic - Bubblegum Club

The disintegration of the human mind; unpacking loss, violence, isolation and grief. The post-modernist work Crave is a poetic achievement directed by interdisciplinary performing arts practitioner Francesco Nassimbeni. A text characterized by complexity it is simultaneously layered with visualisations of beauty.

An exercise aimed at laying bare the truth, horror and the sublime tease into the mix; “…at the interstices of abyss, the truth emerges – the real truth.” The backdrop of Crave is that of a nameless city with nameless characters. Predating internet communication the poetic expression miraculously expresses to a modern audience by articulating emotions such as sadness with memes. Human isolation gravitates towards a void; not towards the tender embrace of loved ones.

A text as raw and fragmented as this demands a maturity and sensitivity from the performer, and I am enormously pleased with the way the students have embraced the lonely, alienating, ambiguous landscape that is Crave.

Written for a cast of four actors with a production team of eight the divide between roles results in Crave becoming even more fractured. “It is has been an interesting exercise in overlap and simultaneity – I have ‘braided’ the play into two seams, and then proceeded to weave,” states Nassimbeni.

Wardrobe for the show was created by the celebrated designer Heath Nash who came up with an original mini-collection of garments in support of the notion of urban dystopia, “a place with no warmth; a permanent gloaming.”

The production of CRAVE is made possible by AFDA. 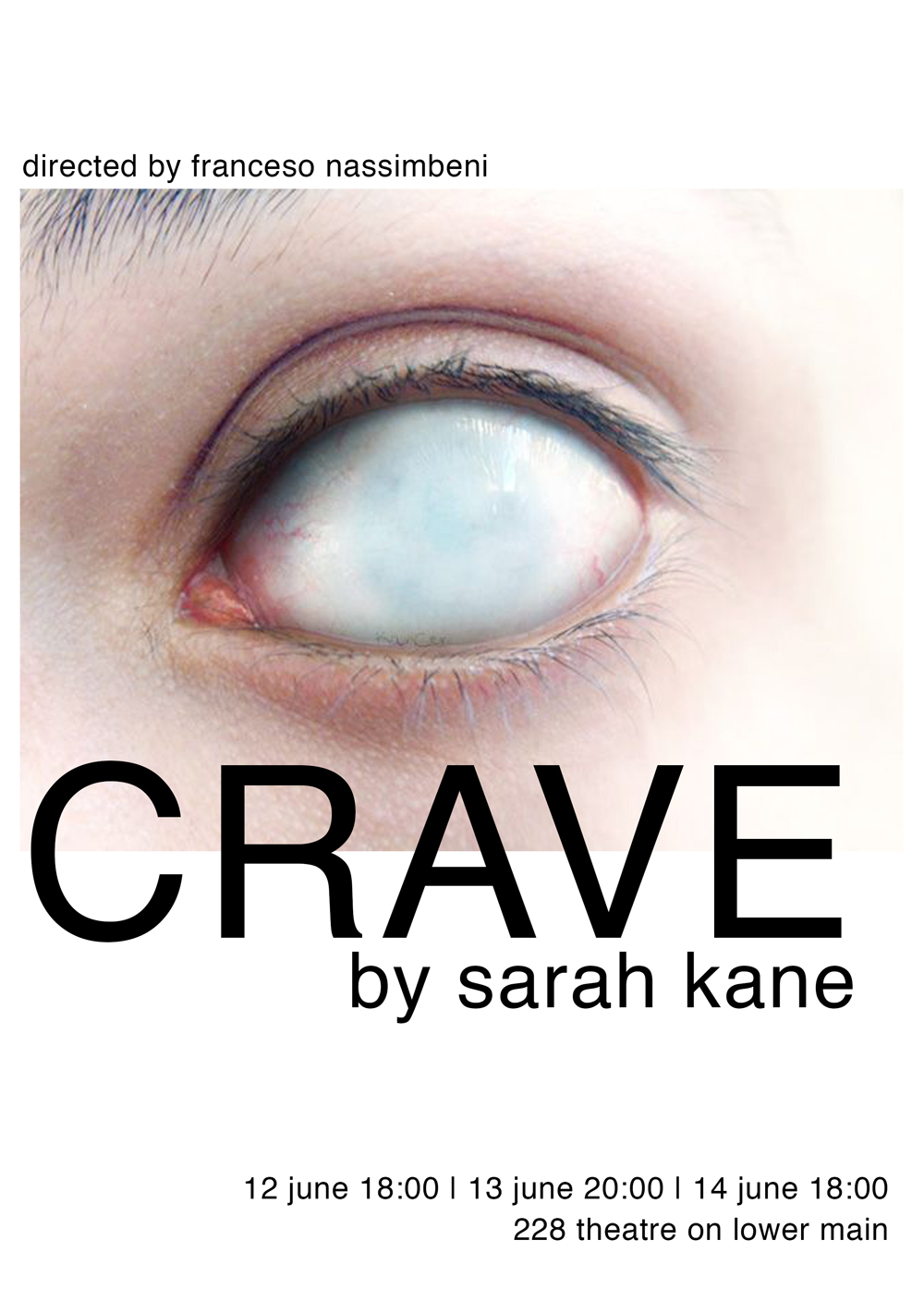 Sizwe Banzi is dead, is theatre next?

Steven Cohen’s There’s glitter in my soup! Offers a different perspective on self-portraiture