The relationship between art and pop culture is mutually beneficial. The two exist parallel to each other, constantly in dialogue. This relationship itself has influenced many artists and their practices, resulting in some of the most visually striking work ever seen. Works such as those by rug artist Henry Hamilton exist at the intersection of art and pop culture, and prove how beneficial this relationship truly is. “I was inspired to make art by seeing graffiti on highways when I was younger and was also influenced by late 90’s skateboarding graphics.” Henry states.

The inclusion and inspiration of pop culture iconographies is seen throughout Henry’s work, from his early hand-painted woodcuts of characters from The Simpsons to more recent rug works depicting Blossom from the well-loved Cartoon Network classic The Powerpuff Girls. Henry’s inclusion of these iconic figures allows for a sense of nostalgia to be laced into his work. “The influence from pop culture comes from the things that interest me: streetwear, cartoons and bold illustrations. I also like to make items that my audience will be attracted to.” shares Henry. When asked about the other things that influence his work Henry expresses, “Stories from the paranormal world, aliens, Sasquatch and cannabis culture”, elements which appear in Henry’s designs. 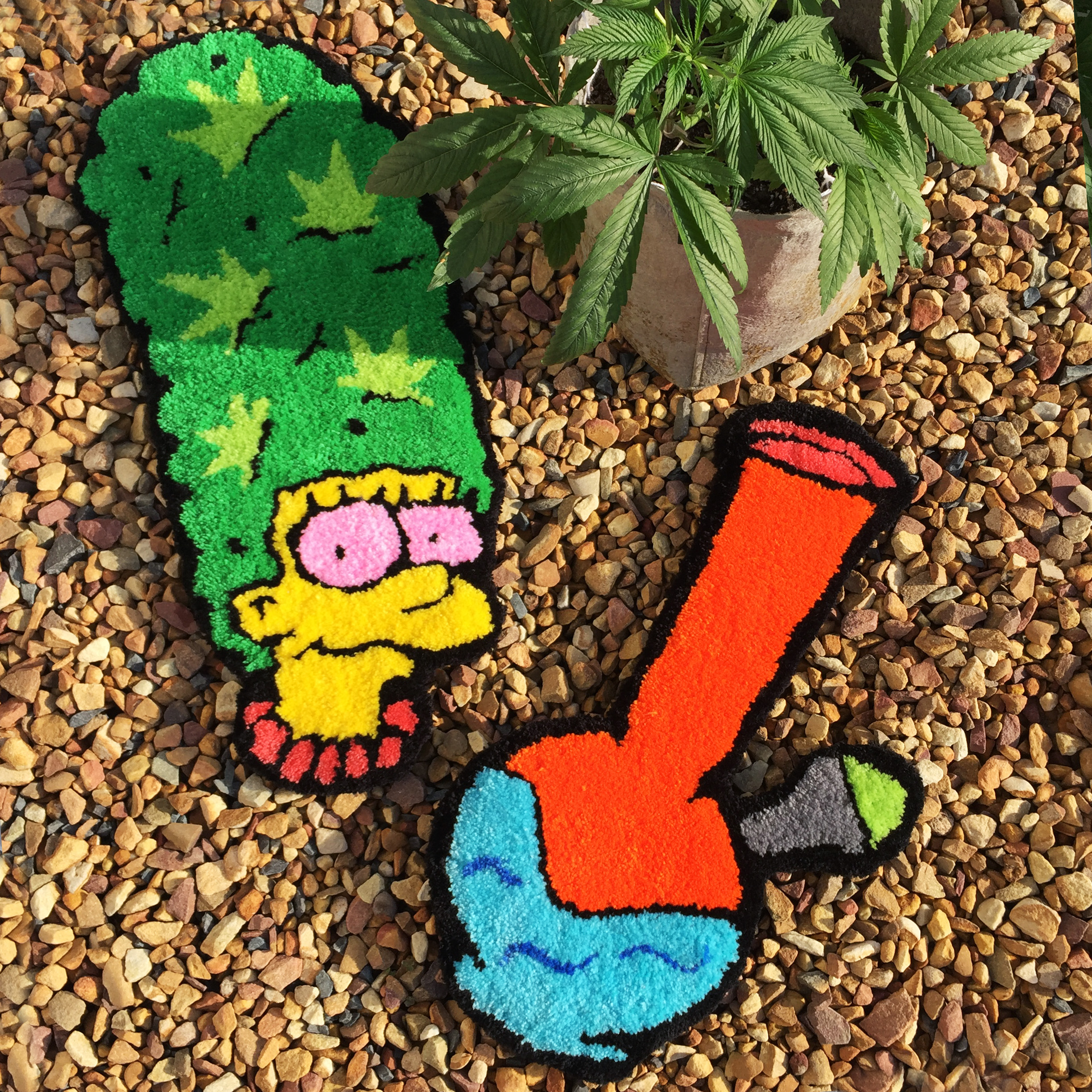 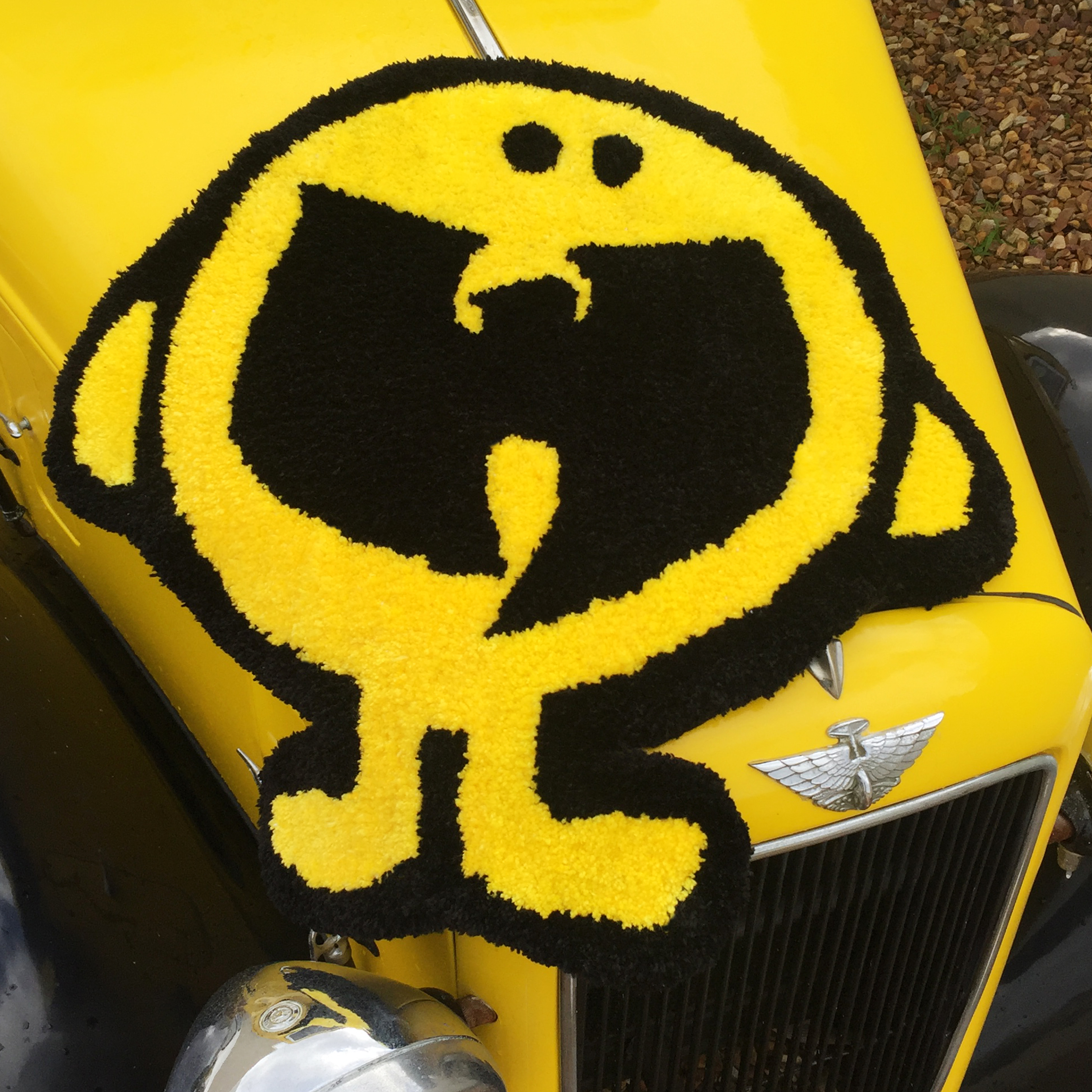 Henry, a multidisciplinary artist from Cape Town, now primarily creates work using a medium that appears to be gaining popularity within the emerging creative community online— rug making. On many occasions, I have scrolled through social media and seen young creatives create rugs as an outlet for their creative expression. Rug making appealed to Henry as he felt his playful illustration style translated well into the medium. Henry started off creating rug work with a punch needle and shifted over to use a tufting gun allowing his rugs to boast a unique aesthetic quality. Speaking through his creative process Henry discloses,

I will draw up my design. Once I am happy with it I stretch my fabric over my tufting frame then trace my design onto the fabric. I then start to take my balls of yarn and transfer them onto cones. This is essential for feeding the yarn through the tufting gun. When I have finished tufting, I apply carpet glue to the back of the artwork. This keeps the yarn in place. I then cut the artwork off the frame and fold all the edges inwards creating a ‘waterfall’ effect around the edges. I then back my piece using a thick felt material and finally neaten up the artwork using scissors and electric clippers. 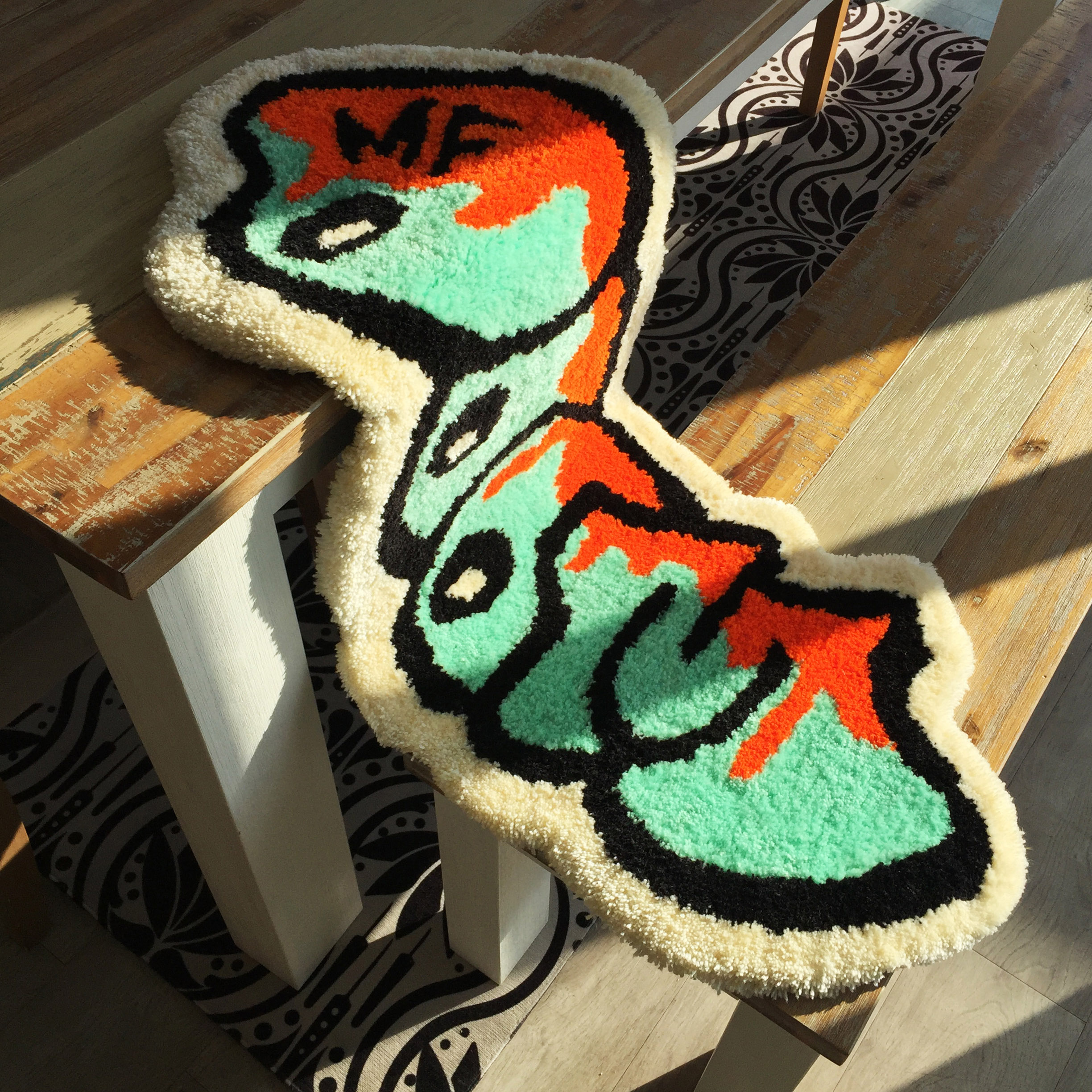 Henry has worked across media creating graffiti works and woodcuts. Creating works using these methods has allowed Henry to evolve artistically and has provided him with a space to experiment with colour. I was originally drawn to Henry’s work due to its vibrancy as colour plays a big part in what makes Henry’s work stand out. Not only does his colour choice render his work eye-catching, but it is also used well to create depth. The bright colours Henry uses are influenced by his interest in graffiti as well as vintage psychedelic posters. “I like to think the colours I choose make people happy” he shares. 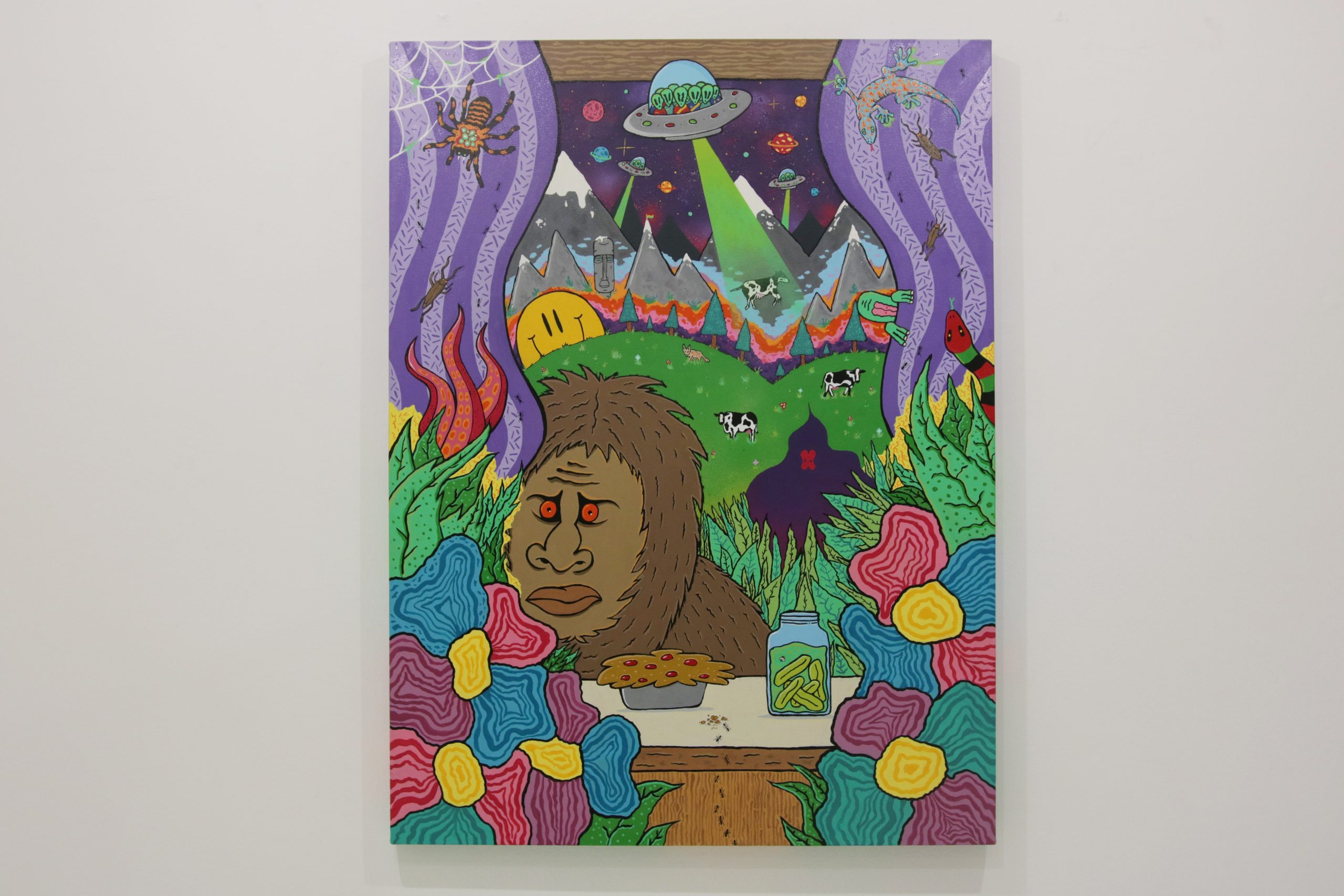 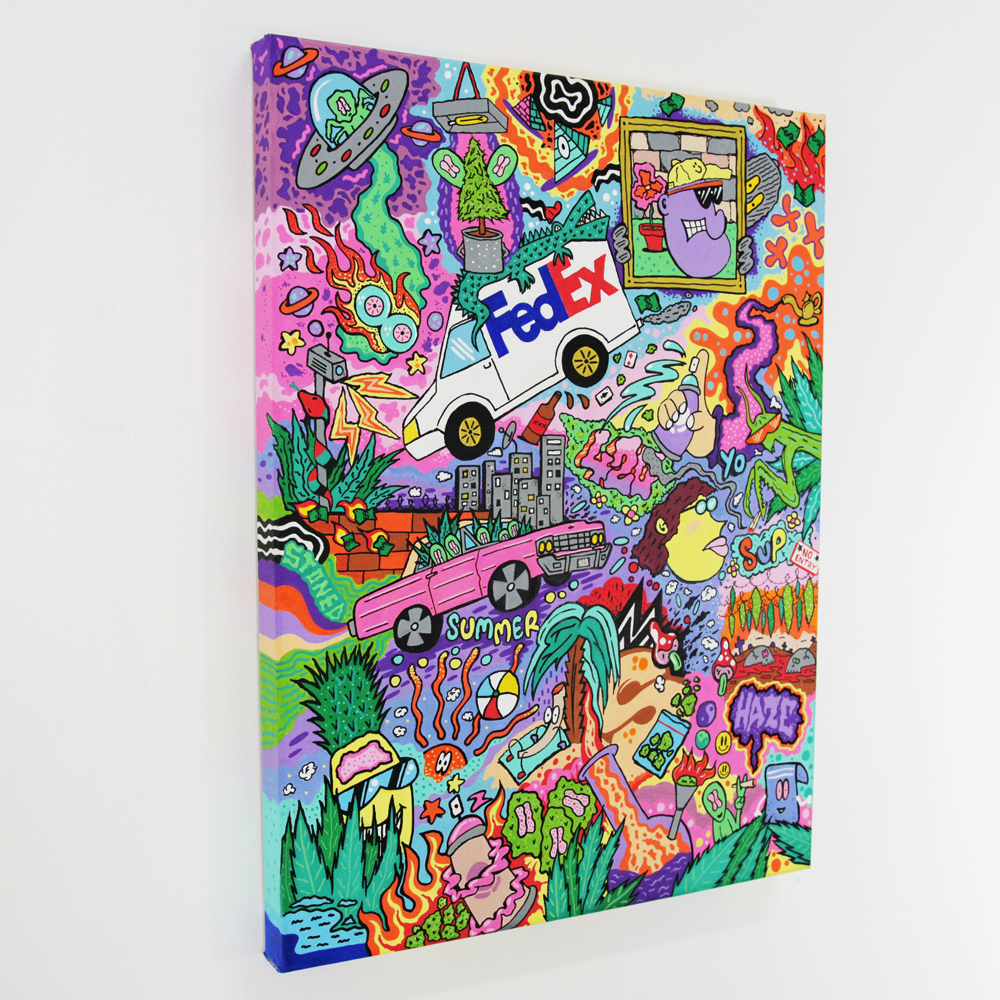 Speaking to some of the challenges Henry faces in his practice he mentions self-doubt and not knowing his self-worth as great obstacles. These challenges are ones that many artists, including myself, face. However, Henry’s work appears to breathe a strong sense of confidence as it stands out in the multiple settings it lives in. As a rug artist Henry manages to bring art into the living spaces of many, creating pieces that complement their surroundings. Holistically committed to developing as an artist, Henry ensures he puts himself out there and devotes his practice to improving his techniques, always creating new work and never slowing down. Henry notes, “Over time I have paid more attention to creating worlds through my art and put more effort into the composition of my work.” Henry’s latest creations show his efforts and commitment to his craft are paying off. 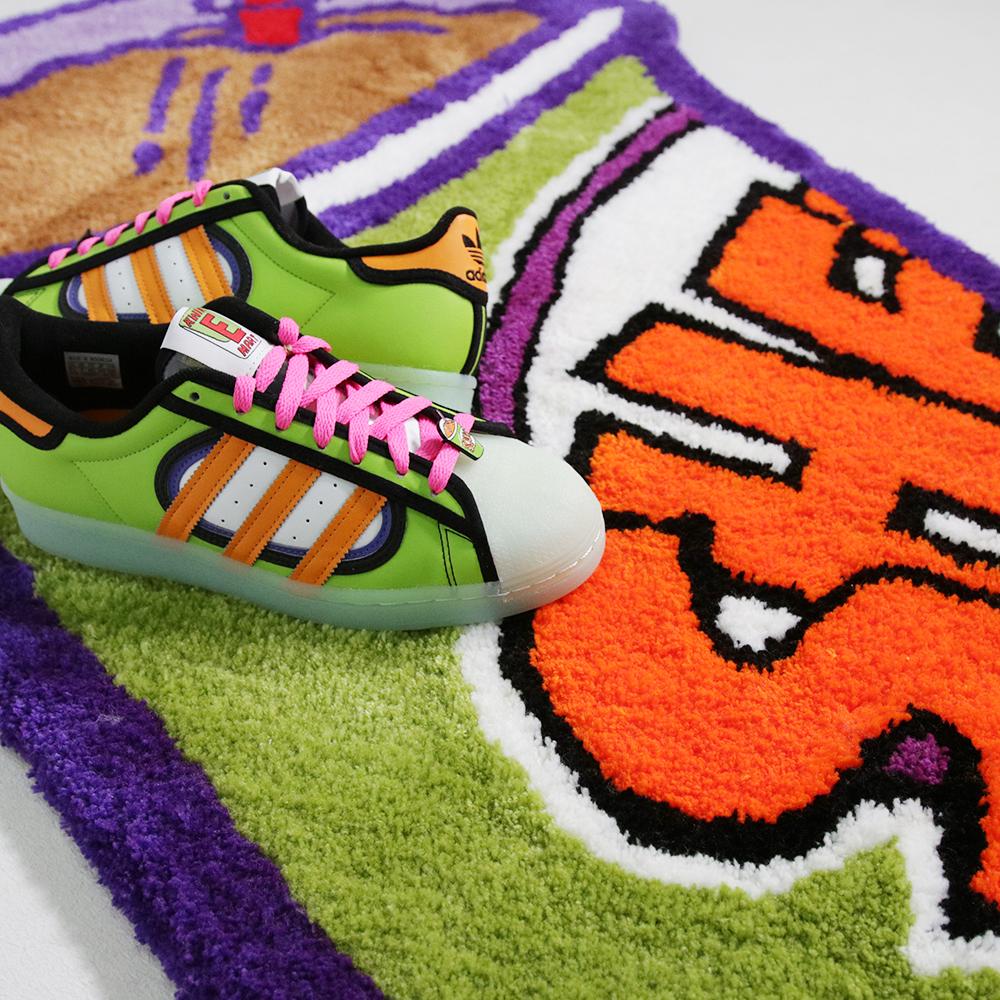 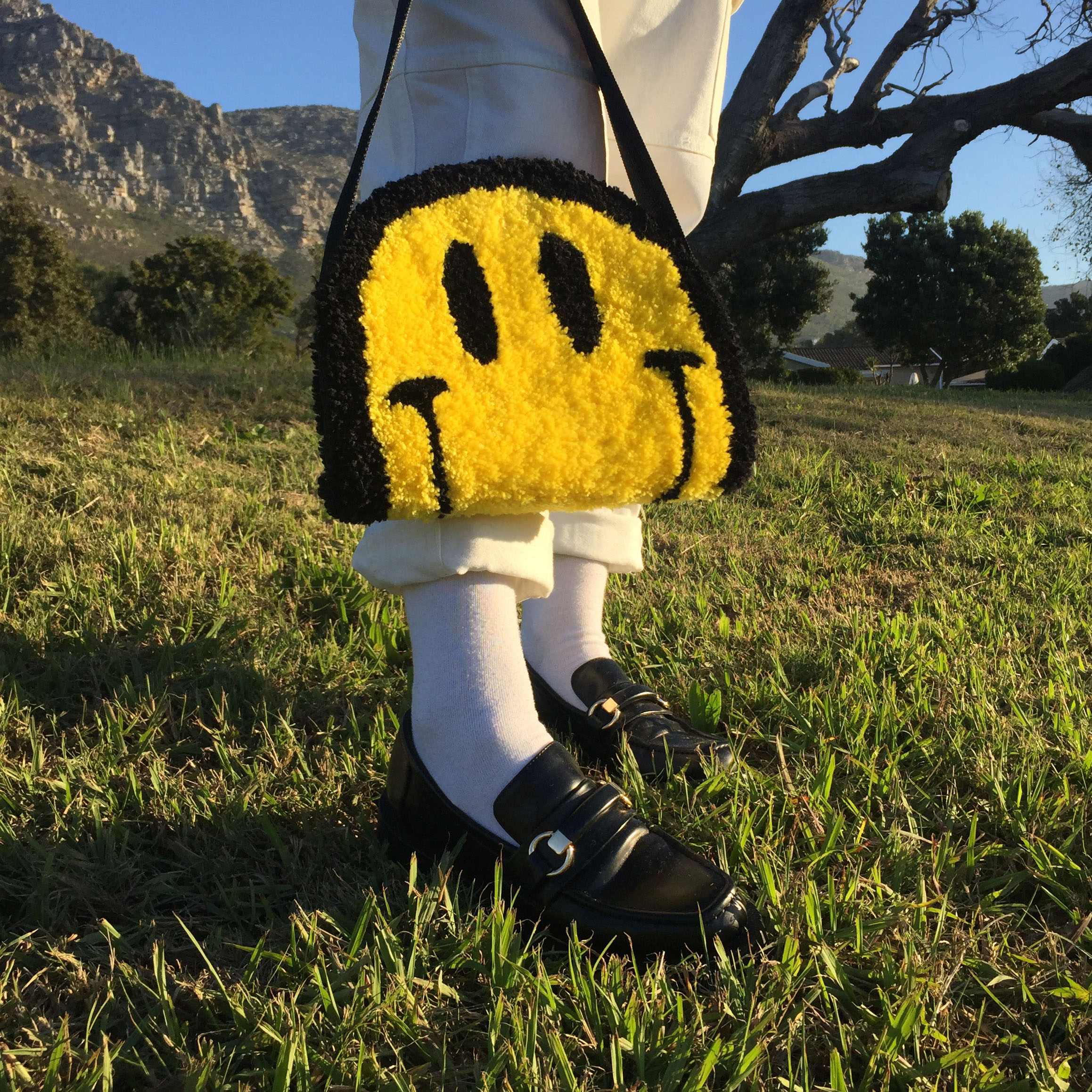 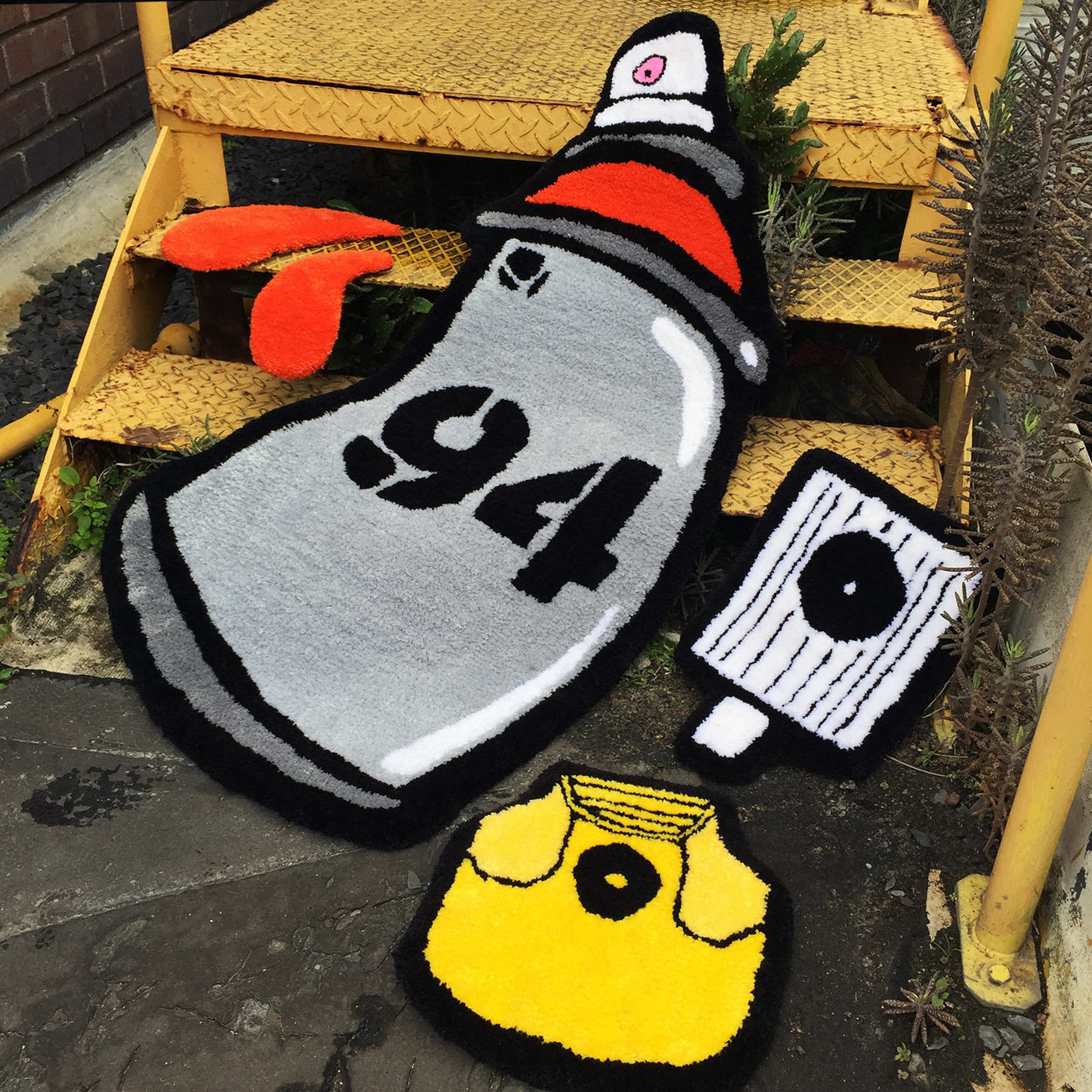