Talking about walls: an interview with Speto - Bubblegum Club

Landscapes of large centres are changeable — it is practically impossible for a city or urban centre to remain the same. It is always possible to question how certain representations and “behaviours” of a city reflect a society — its changes, improvements and details especially.

I think of art as a reflection and form of communication between people and (re)presenting their experiences, and I think that graffiti is an artistic form that stands out in this regard; visions of a society through the eyes of an artist, placed on gables and walls. An art form that is not restricted only to museums or galleries.

The urban art scene in Latin America marks exactly this, not only in aesthetics, but in communicating a social aesthetic.

It’s with these musings on my mind that I spoke to one of the biggest graffiti artists in Brazil, Speto, a remarkable presence in the urban art scene since 1985. 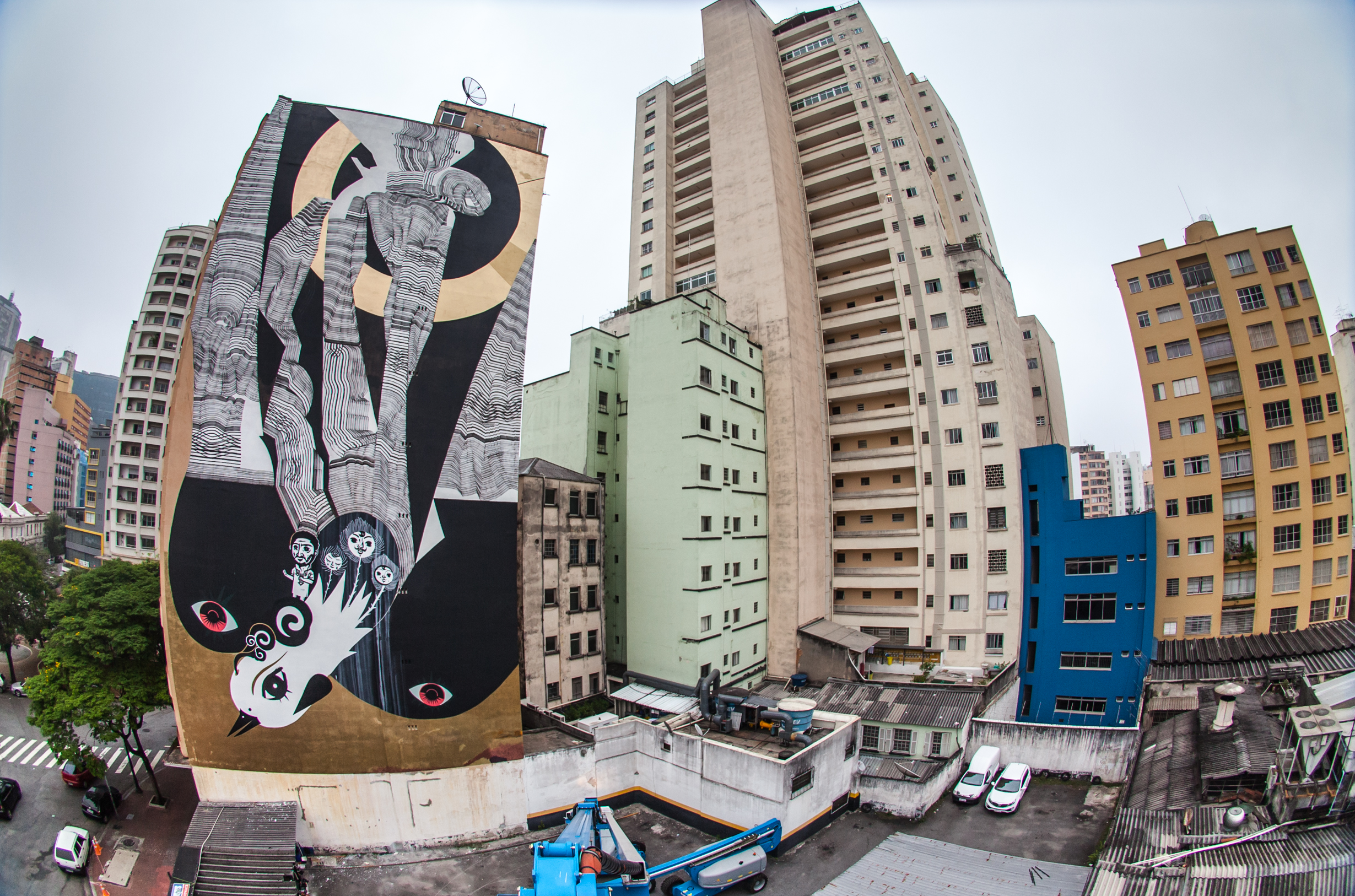 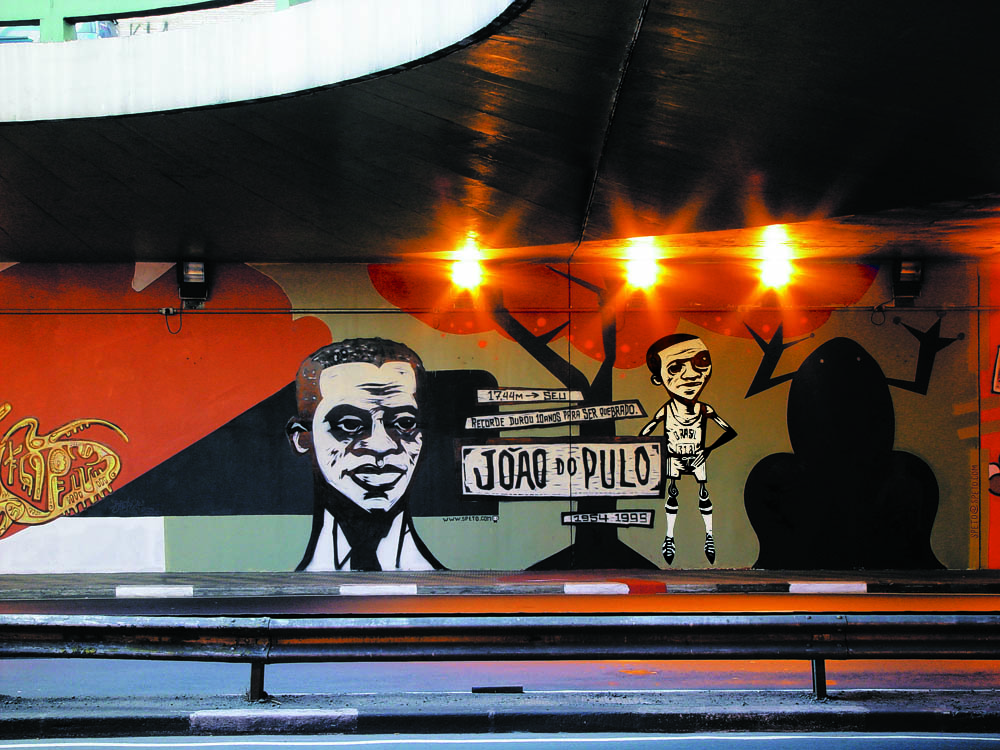 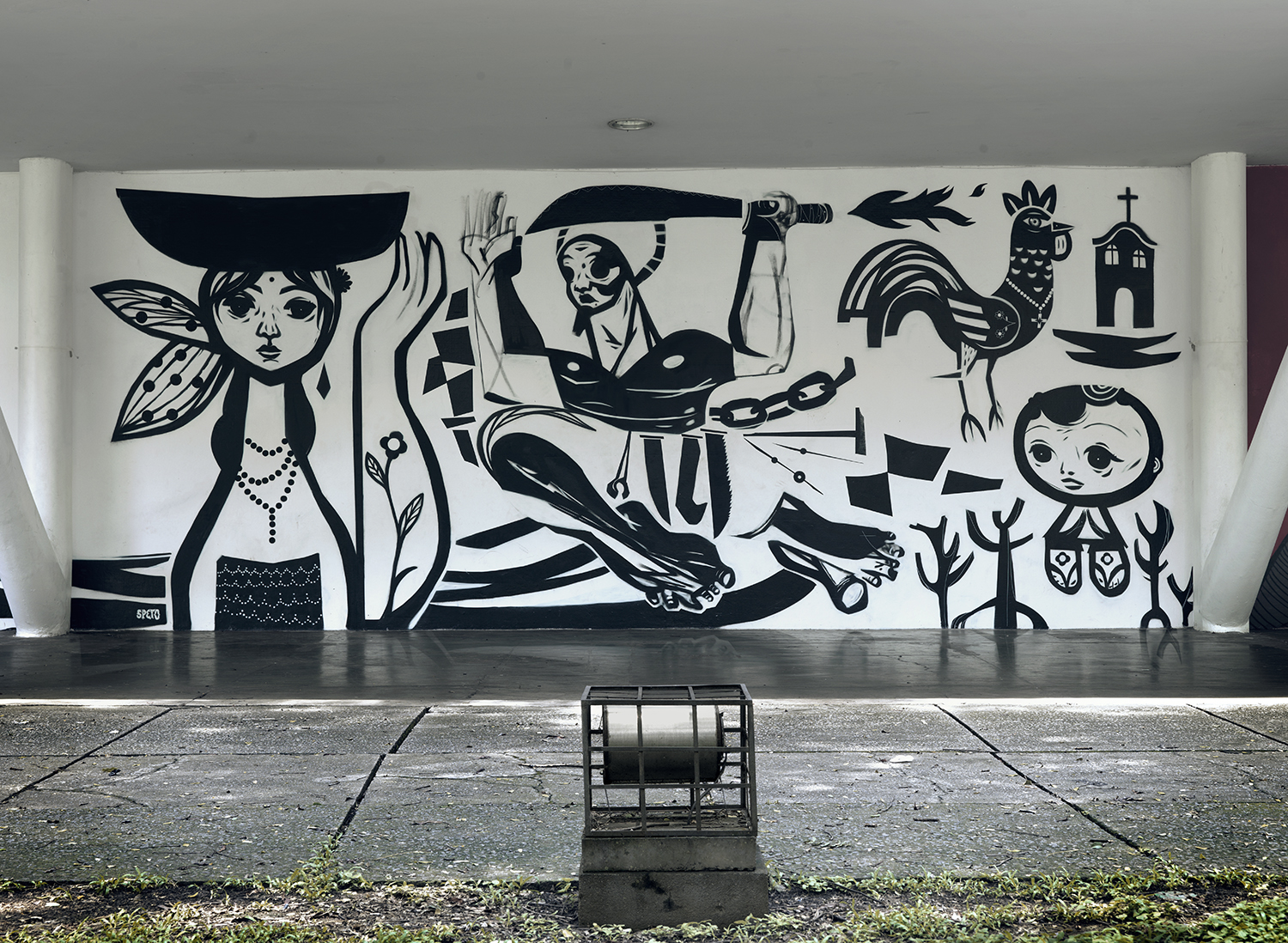 You talk a lot about Brazilian graffiti, about the signature and the brand of graffiti produced in Brazil. What is and what demarcates the Brazilian root of graffiti?

Speto: When we talk about the Brazilian root, I think that it is the diversity of the people. There are many different styles, [I think that] Brazilians are very detached from any tradition.

This is a characteristic that is often positive, sometimes negative, but that sometimes makes us have a very original style. That is what happened in graffiti, this great diversity of styles.

You have been part of the graffiti scene in Brazil since 1985 and form part of what I would call the first generation of graffiti artists in São Paulo. How would you define Brazil’s urban art scene?

Speto: So I think that we are now in a cultural effervescence of this art. We have all kinds of manifestations, from pixação to traditional graffiti. There are many people from the fields of illustration and fine arts who are now moving towards graffiti, murals, whatever, but mainly in the paintings on the big gables.

This marked a big difference for Brazil, the painting of these gables. Right now there is the Na Lata festival, where you see artists who look to the street to show their art and communicate with the people. 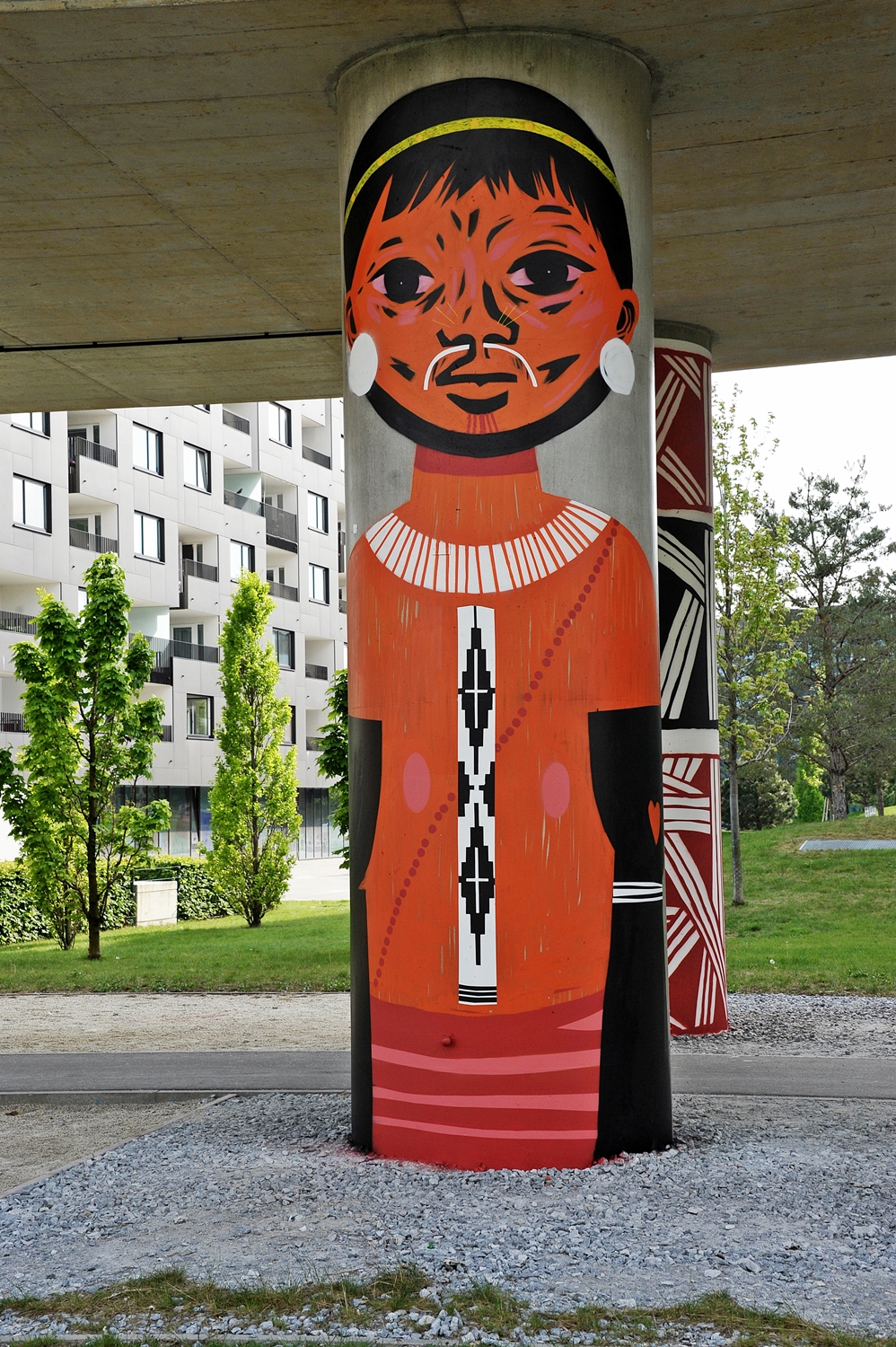 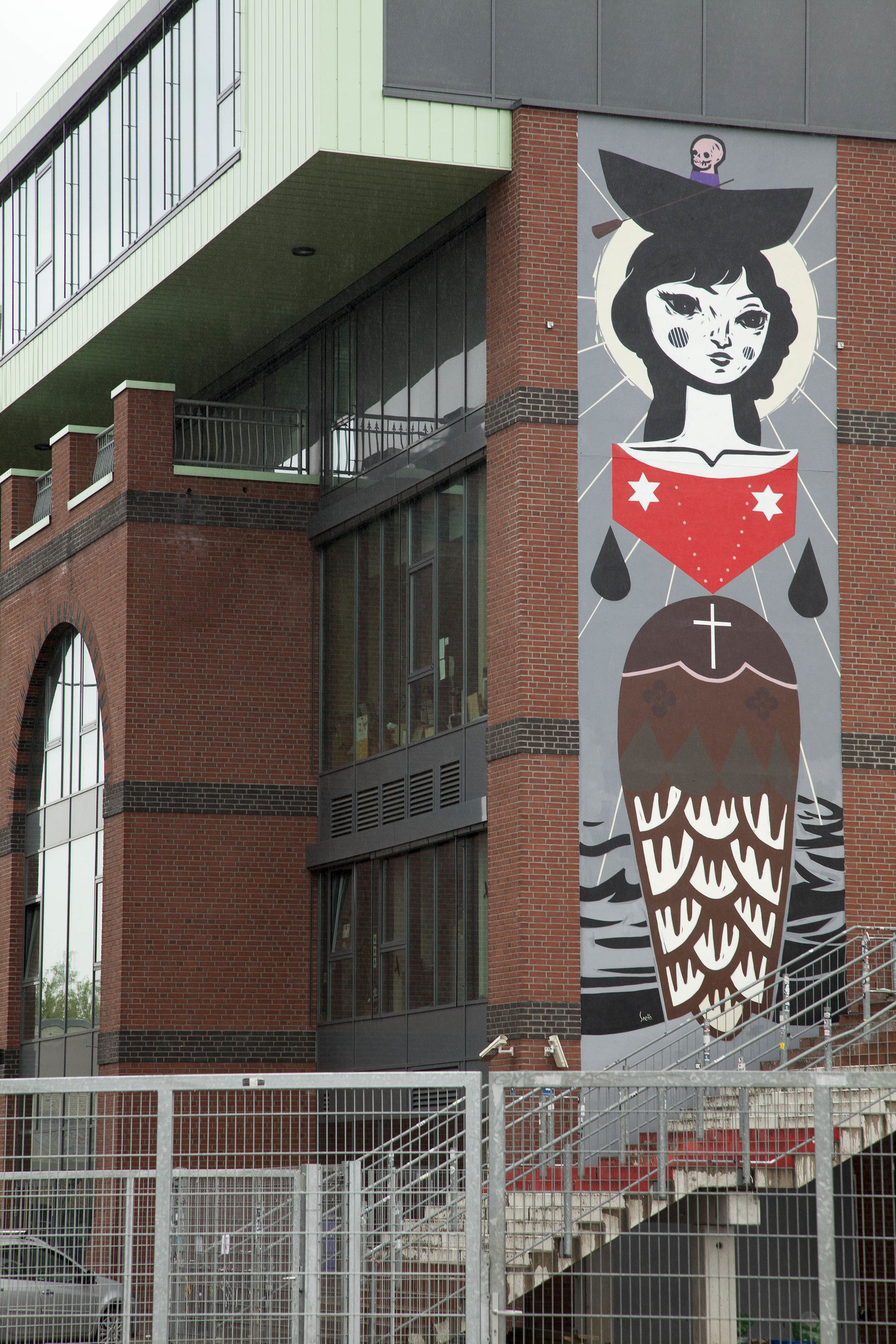 [A sense of] “Brazilianness” is extremely present in their work. [By this I mean that] the presence of cordel and symbolism becomes big in your work.

How do you see the importance of creating a Brazilian identity in a space of collective public occupation — of experimentation? Do you think that all this helps us maintain and expand the visual and artistic culture of the country?

Speto: I used to say, “we have to be Brazilian to be part of the world”. This comes from music as was always deeply involved in that too, and skateboarding — the underground as a whole.

In music there were bands like Nação Zumbi, Sepultura and O Rappa. Bands that you could say were rooted in a type of “Brazilianness” — I wanted to connect to this and share it with my peers — and this happened through xylography through cordel.

I didn’t know how the technique was done, and I started to imitate it with spray paint; it worked very well. So it’s not only Brazilian art, it has a lot of Asian art, a lot of African art, a lot of Mexican art. I try to find a timeless truth — and I think that this is very important for me — to find this timelessness.

In 2009 you produced the Afro Museum panel in São Paulo. Could you tell us more about this panel?

How was it created? What is its symbology? And in what ways does the work remind, re-create and/or re-impress our relationship with the African continent and with Brazilian history itself?

Speto: I have been painting with the Afro Museum for a long time. Emanuel Araujo is a person that I admire a lot for being this great warrior in Brazilian art and culture. A real warrior, you know? He is Black, from Bahia, queer, and had to create this way of art in Brazil. The guy is incredible — an entity.

I have also made many donations [of my art] to the Afro Museum. I can tell you about the last one I made that was the Xangô crying; the Orixá Xangô crying — there were several other protest murals painted there during the period of George Floyd’s murder and following events — the work was very important for me.

Before everything that had happened during this period, with the death of George Floyd, and all the things that happened in Brazil. Xangô is justice, and justice is tired, you know? In a country as difficult as Brazil. The orixás are also a great inspiration for me. 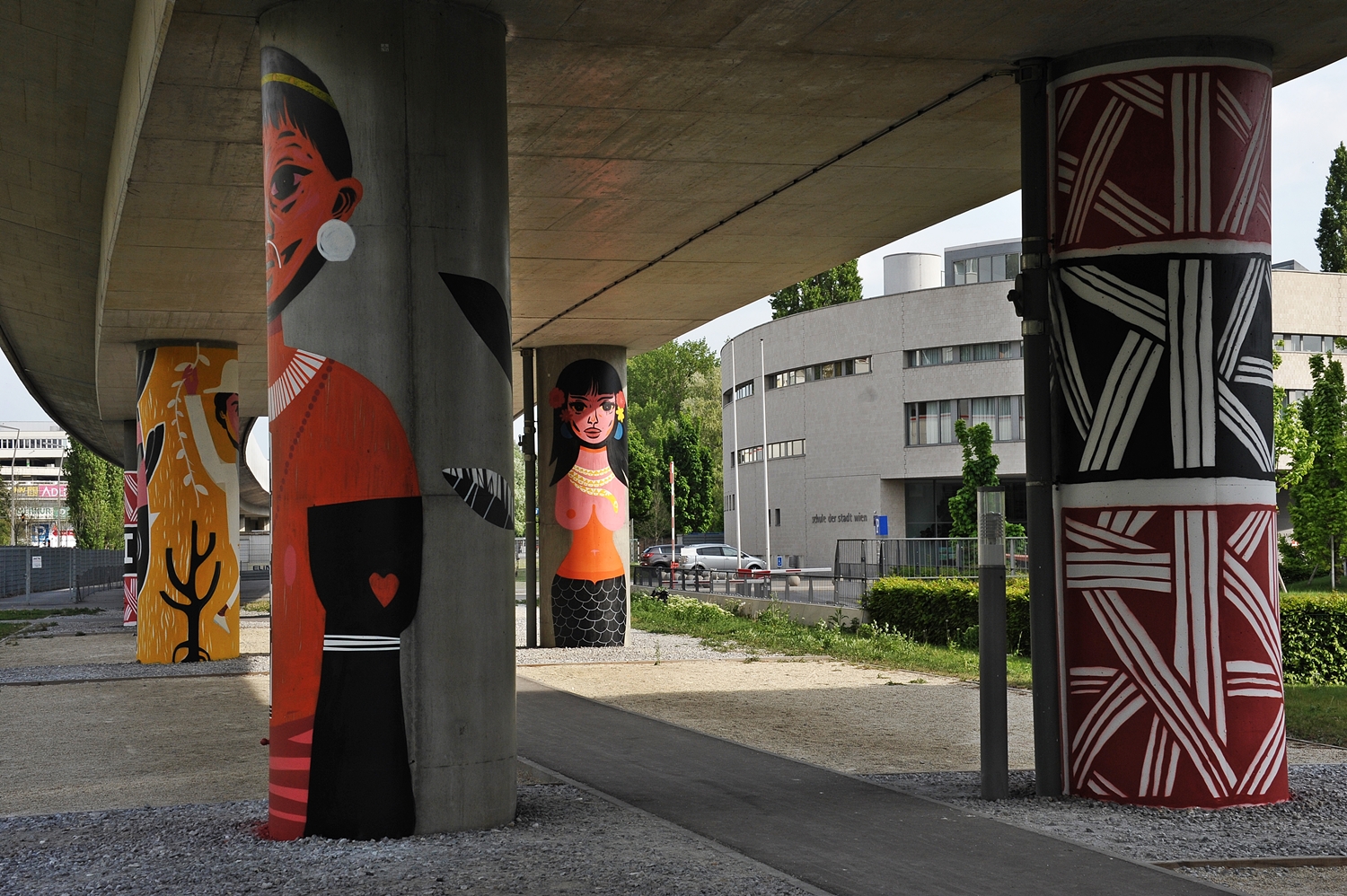 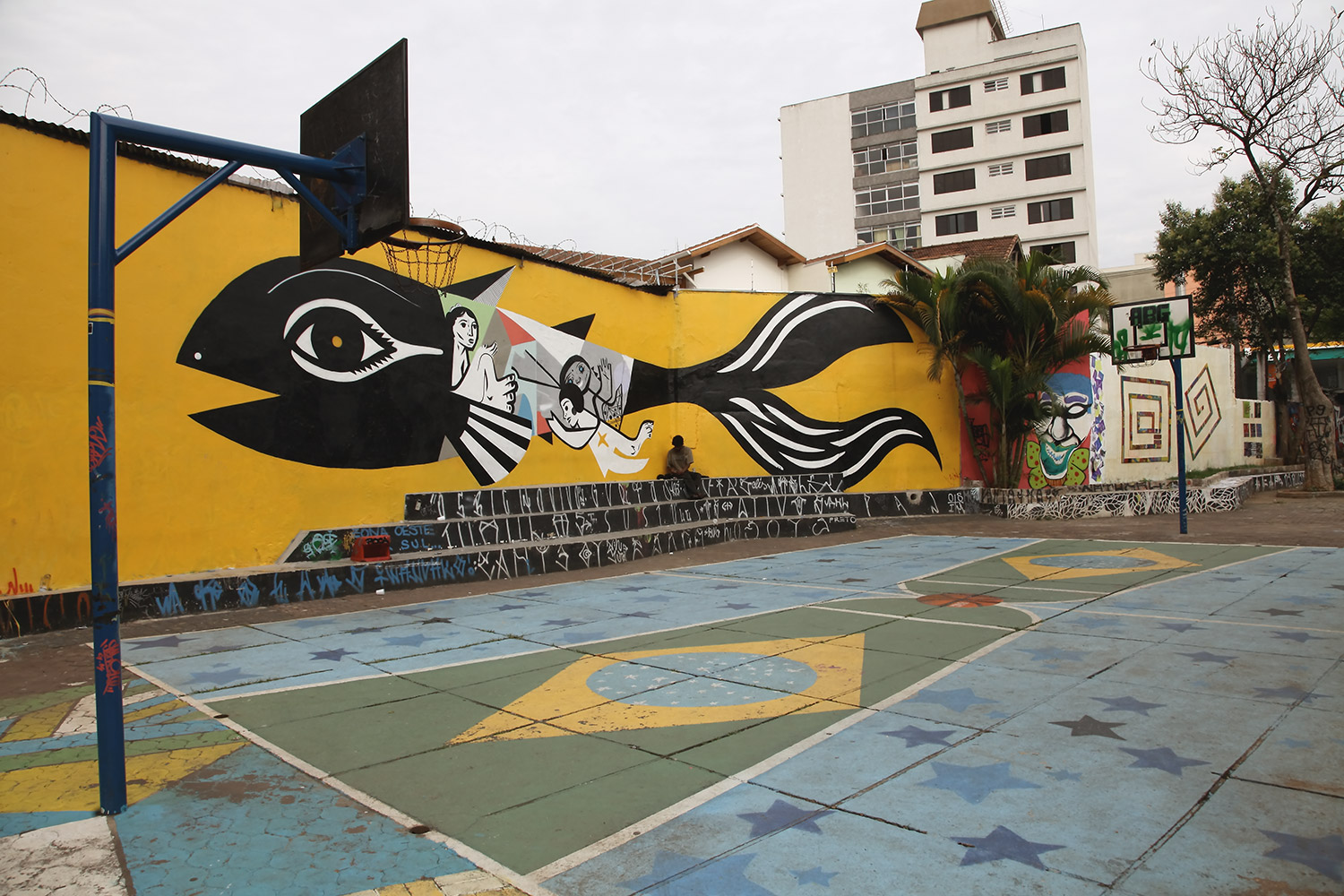 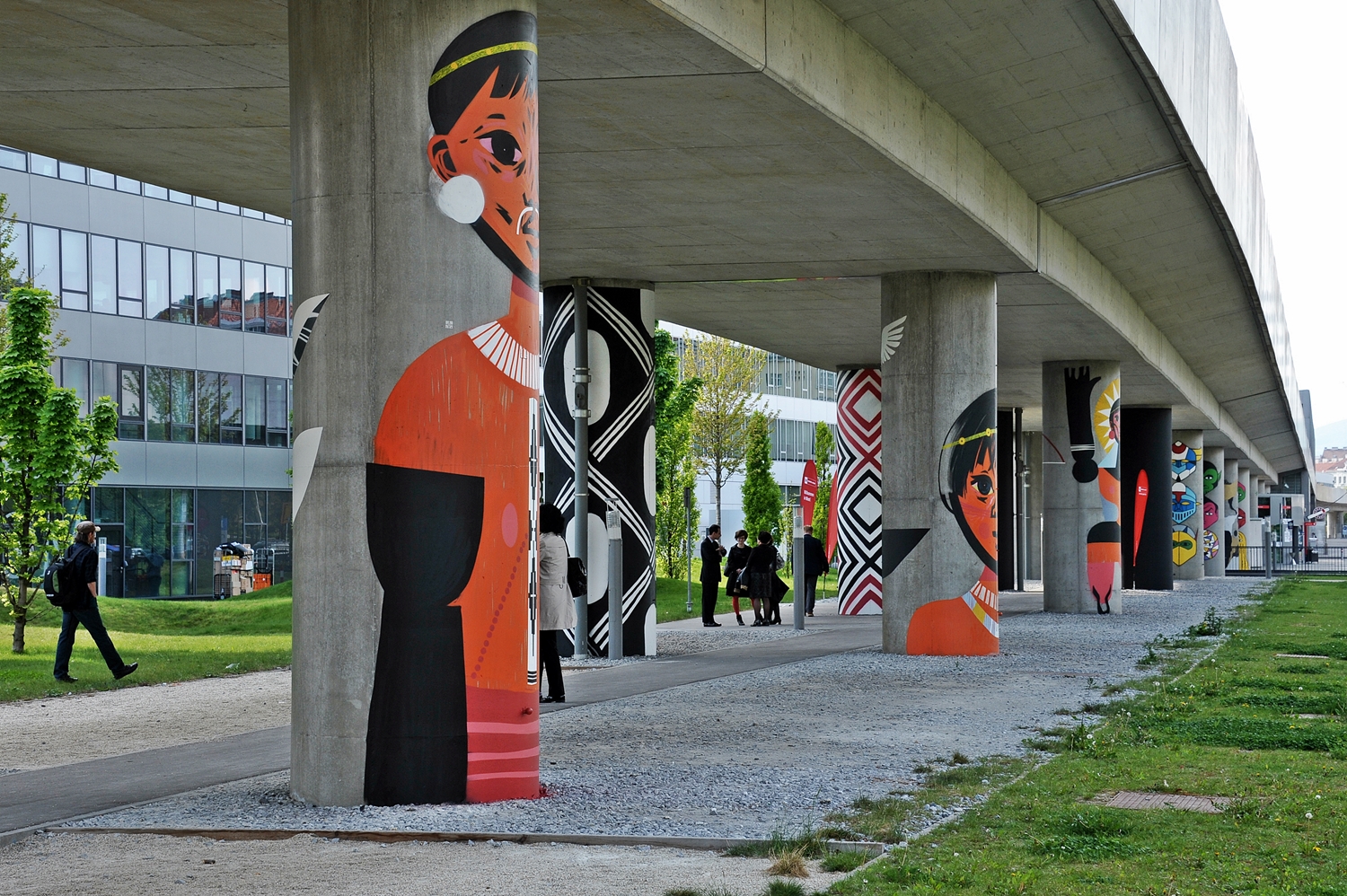 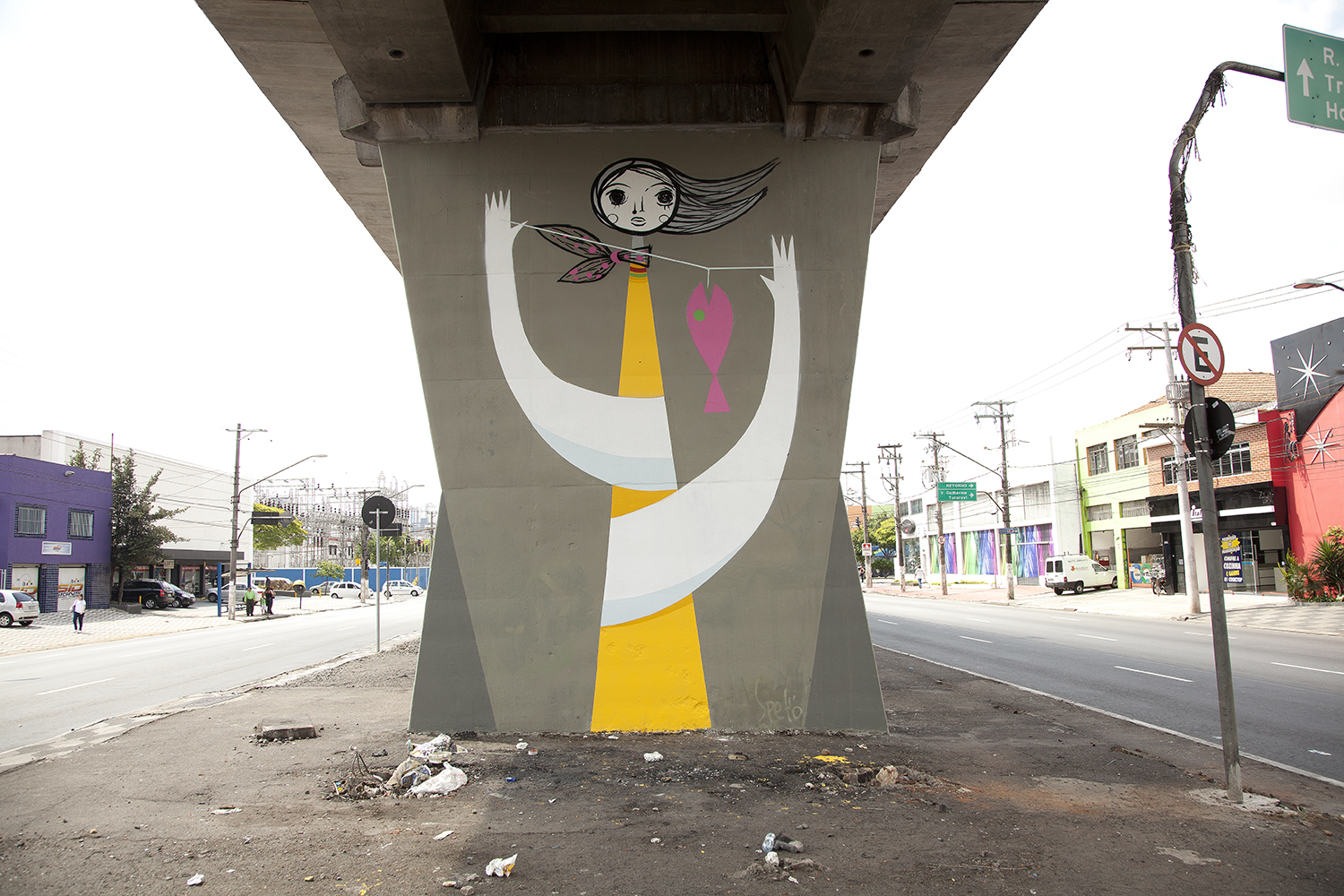 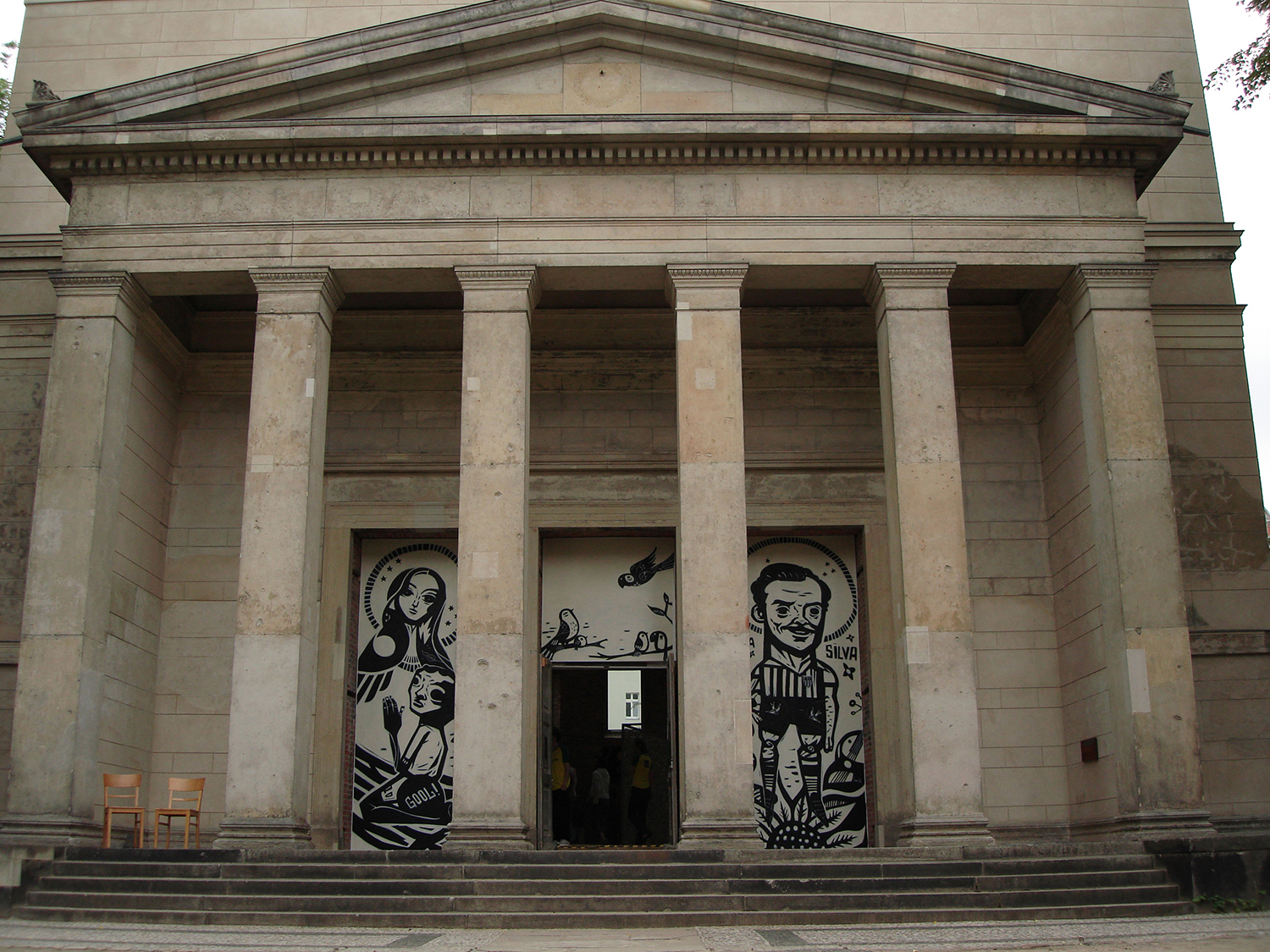