“Something that is at the core of our work is to create sustainability and self-sufficiency across our creative industries, and organisations like Girls in Film shine a light on the burgeoning talent pool in our region and facilitate the creation of robust networks and collaborators. The talent is here, and the global community is starting to recognise that. The point is that we go up together.”

About a year ago, when the worldwide network of femme powerhouses within the kaleidoscope of filmmaking, Girls in Film, opted to extend their reach into South Africa, a mirage of possibilities emerged for this largely underrepresented group of creatives.

Within such a short space of time, their contribution has been bountiful – strongly aligning themselves with their organisation’s global mantra of democratising the filmmaking industry. The need for democratisation of the filmmaking industry remains poignant – and the industry needs to be comfortable enough, at the very least, for each and every creative within it to create harmoniously. 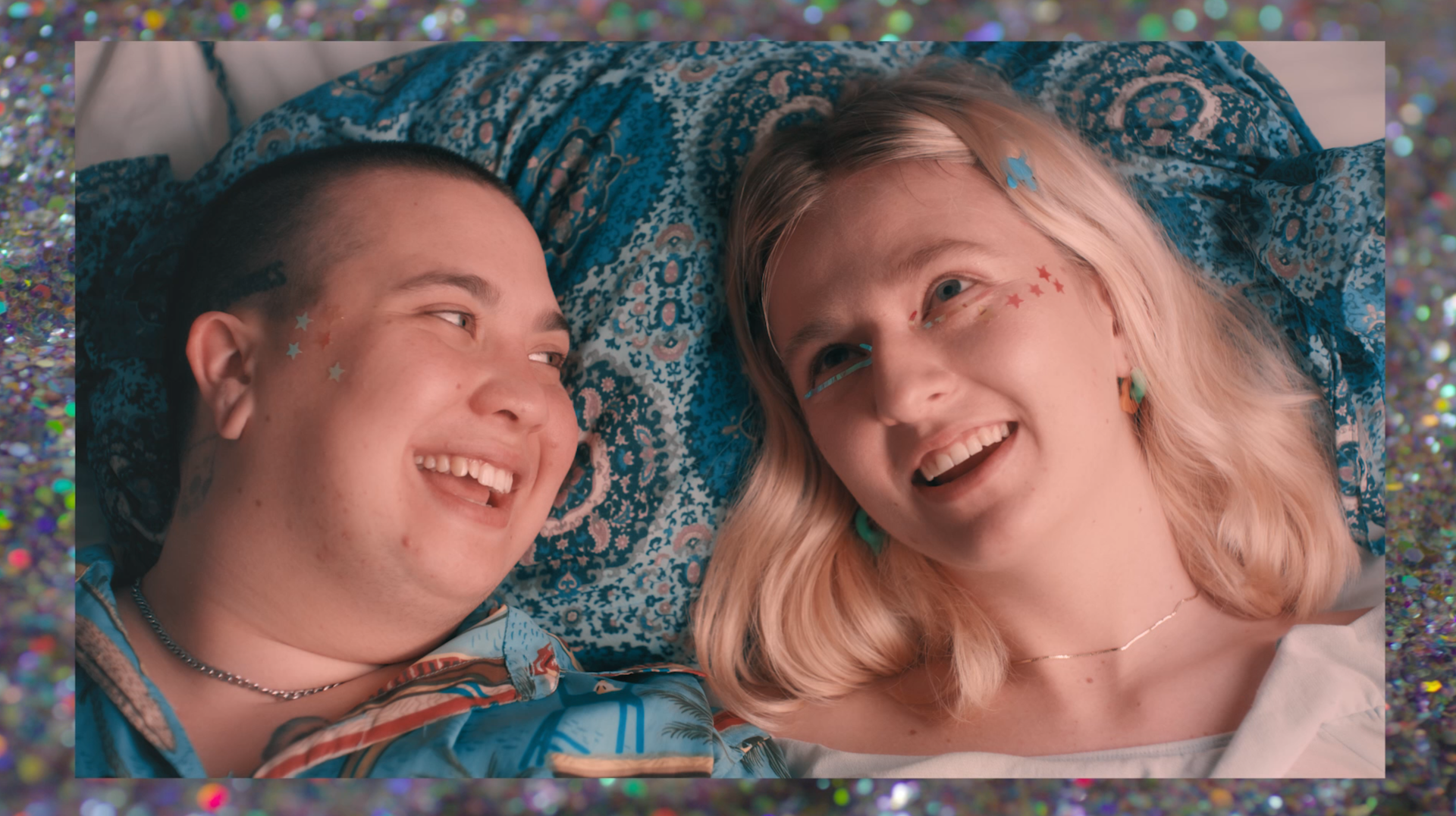 Although I am only somewhat of a film aficionado, interacting with the lovely ladies at Girls in Film South Africa served as an exercise in understanding the landscape of the filmmaking industry – the different roles which exist on set, the technicalities embedded within the process of creating short films, and the wealth of unidentified local talent which exists within this space.

The growth of their South African Chapter, and upcoming work with the Aesthetica Short Film Festival, showcasing creatives such as Siyabonga Mtshali and Kristin-Lee Moolman, is clear evidence of the incredible work they have been doing. I had the pleasure of virtually connecting with the Girls in Film South Africa team in order to find out more about the extension of their team, the upcoming international film festival they are partaking in, and much more.

For the readers who aren’t familiar with the Girls in Film, would you mind briefly introducing your organisation and the type of work it does?

GIF: Girls in Film is a global network that represents, champions and connects women, non-binary and trans creatives in the film industry. The South African Chapter was launched in 2020 with support from the Girls In Film Global Network with the mission to make both the local and international industries more accessible to this new generation of filmmakers by sharing resources, insights and opportunities.

Girls in Film is above all, an exchange, and since we launched almost a year ago, we’ve seen a real demand in our community for spaces where creators can find one another, share ideas, and collaborate.

Creative industries can be very exclusive, so we place an emphasis on democratising information about access to these industries and demystifying their inner workings through a collective mindset. Diversifying the filmmaking landscape in South Africa means helping all filmmakers understand how to make these career paths sustainable. 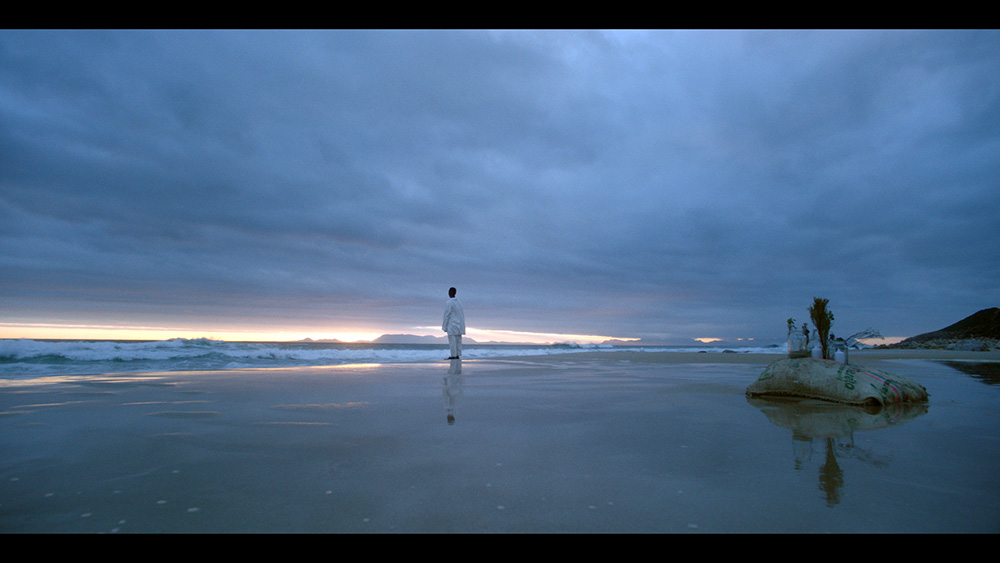 I am aware that the Girls in Film South Africa team has grown over the past year – could you please introduce the new members who have joined your organisation?

GIF: To some extent, the pandemic accelerated the consciousness around much of the inequity in several industries, especially creative ones. It quickly became clear to us that we needed additional support for the growing Girls in Film network in South Africa, as many brands, organisations, and individuals became more receptive to our mission.

Please tell us more about the programme which you’ve been enlisted to curate with the Aesthetica Short Film Festival?

GIF: An important part of the function of Girls in Film is to create meaningful and strategic partnerships so that we can create more opportunities for the filmmakers who are typically underrepresented in South Africa. We were invited to curate a Guest Program at the 11th edition of the Aesthetica Short Film Festival – one of the UK’s largest and most revered annual film events.

With the selection, we wanted not only to highlight some of the ground-breaking work being made here, but also to stimulate the conversation about the idea of global youth culture versus hyper local narratives and creativity. The work of African and South African filmmakers is broad and diverse and often international festivals are inclined to show narratives that submit to a Western idea of what African cinema is.

If you look at the multitudinous voices in a single city, let alone an entire country or continent – it just isn’t an accurate reflection of the myriad of our creative offering.

The Girls in Film program includes Jabu Nadia Newman’s Afrofuturist, The Dream That Refused Me, made in collaboration with Xhosa poet Siyabonga Jim and collage artist Zas Ieluhee, commissioned by cultural juggernaut Nowness and produced by Romance.

On that list is also Nomawonga Khumalo’s Five Tiger, which premiered at the Sundance International Film Festival in January this year and was nominated for the Short Film Grand Jury Prize, along with internationally-lauded photographer Kristin-Lee Moolman and LVMH Prize-winning designer Thebe Magugu’s mythological AW21 showcase, Banyoloyi A Bosigo (Ultimate Midnite Angels). Aesthetica’s write-up on the program reads:

New chapter Girls in Film South Africa announce their arrival in attention-grabbing style with this dazzling selection of narrative shorts, webisodes and fashion films. A fresh wave of talent are making their presence felt, blending the ever shifting memes of global youth culture with hyper local reference points and narratives. The result is a distinctive fusion of tradition and innovation, as a new generation find their voices.

The Dream That Refused Me directed by Jabu Nadia Newman An Afrofuturist cipher reframing black cultures through poetry and dance.

Siyakhwehlela Vol.1 directed by Siyabonga Mtshali Siyababa’s first fashion film draws inspiration from the radical party girls of days past: the aunts and uncles, the tavern queens, the queer and Black bodies in taverns and clubs.

Five Tiger directed by Nomawonga Khumalo A god-fearing woman finds herself in a transactional relationship as she tries to support her sick husband and daughter. What will it take to make her family safe again?

The Wapidemic directed by Céline Tshika A satirical dive into the impact of Cardi B and Megan Thee Stallion’s WAP on the lives of four men. How many people can a song affect? How far can the lyrics be taken as fact? 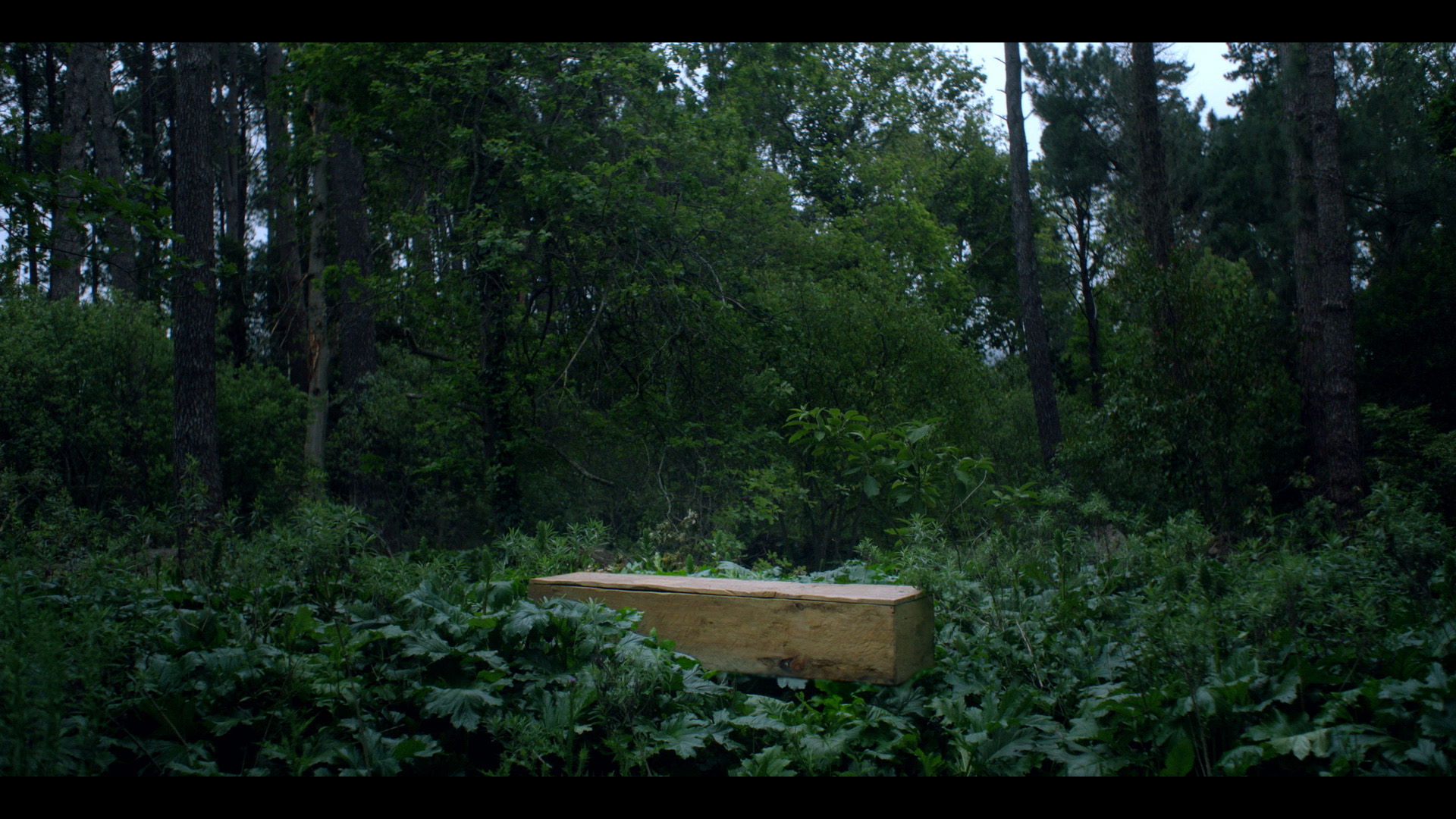 What else lies in store for Girls in Film SA in the near future? What do you have planned for the remainder of 2021?

GIF:We would love to organise a safe in-person event before the end of the year, to give our community a chance to network in person. It’s difficult to believe but given that we launched in October last year, we’ve existed entirely online so far. If it does become possible, we’re working with a great film space in Johannesburg to be able to host it.

Much of our focus is still on online events, which are advantageous when it comes to being able to record panels and discussions to make them widely available online through our channels. We’re organising a series of Online Distribution Panels, starting with one on Short Narrative Film at the end of October.

The panel will bring together distributors, curators, festival programmer and filmmakers to discuss short film distribution strategies unique to our region so be sure to keep an eye out for all the event information on our Instagram. The series will continue into 2022 with dedicated panels on Short Documentaries, Feature Films, and Immersive Media (including Virtual and Augmented Reality).

As far as the future of the organisation, we’re always looking to collaborating with brands who want to make a positive impact in the creative industry or work to empower women, non-binary and trans filmmakers. We also love to hear feedback from the community on ways that we can facilitate positive, lasting change – our DMs are always open. 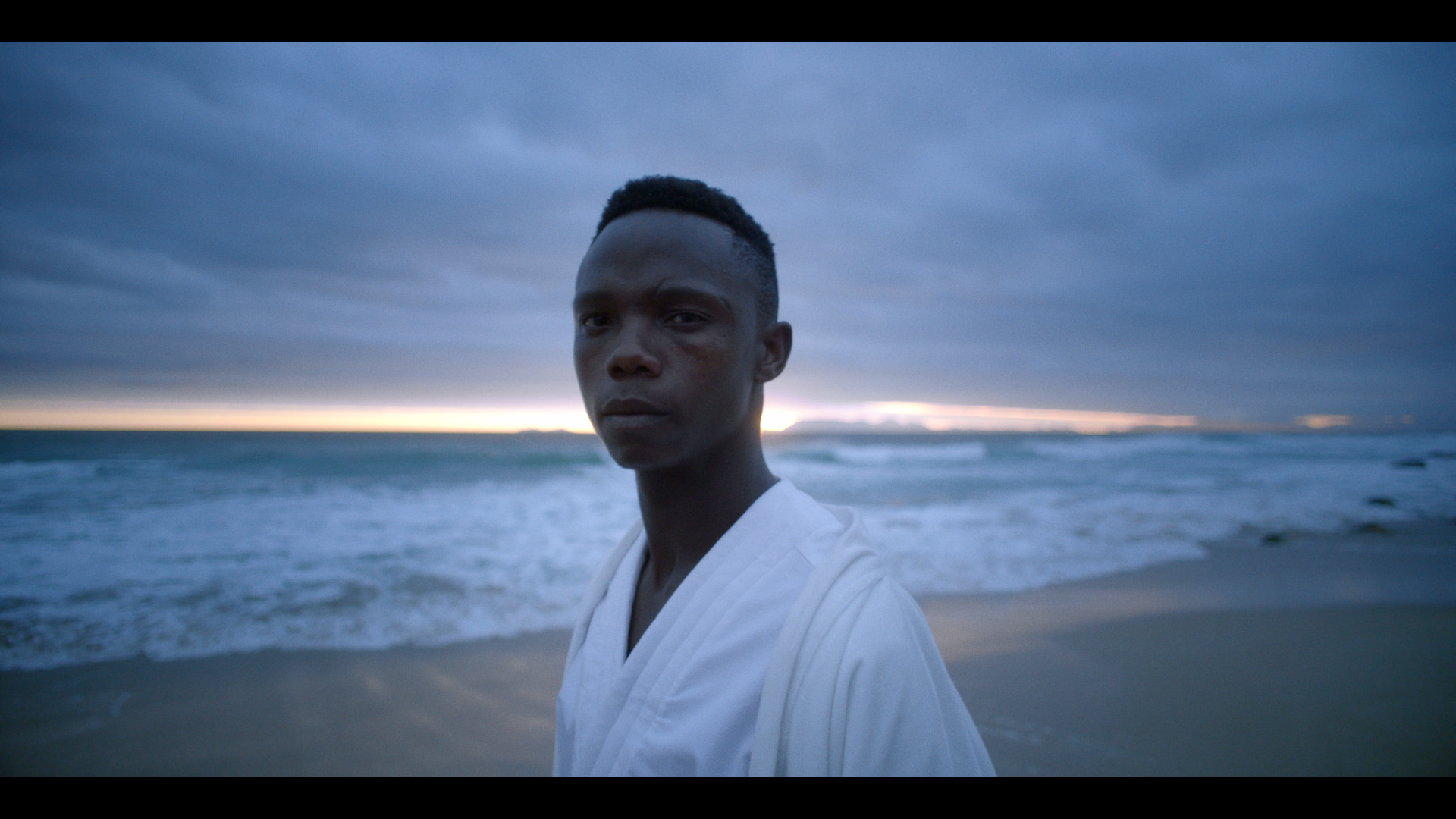 As a platform which is growing femme, non-binary & trans filmmakers – what do you envision as being the future of femme filmmaking in Africa?

GIF: Something that is at the core of our work is to create sustainability and self-sufficiency across our creative industries and organisations like Girls in Film shine a light on the burgeoning talent pool in our region and facilitate the creation of robust networks and collaborators.

The talent is here, and the global community is starting to recognise that. The point is that we go up together. We are able to lobby for our place in the industry because we recognise our own value and we’re unambiguous about it. That’s what Girls in Film is here to do.

There’s strength in numbers and value in community. The future of filmmaking in Africa is going to redefine genres and mediums and women, non-binary and trans creatives will be leading the way. Black femme performers to look forward to in 2022