I was thirty years old when I became a mother. This made me think about how in the USSR I would have been referred to as an “Old Mother” on my medical card. Which is crazy when you think about it. Childless women over the age of forty or fifty are often seen as purposeless and they are encouraged to embrace a more sedentary lifestyle. On the other hand, men are perceived as getting better with age. This mindset is particularly true to Russia, though still very much present all over the world. ‘GRANDMothers’ is a reflection on this. It holds an element of criticism, but it’s also a positive reminder of how far we’ve come in terms of being able to make our choices. By having projects such as ‘GRANDmothers’ published and shared online, I want to make a difference in shifting our mindset and allowing us to perceive ageing as something as valuable for women, as it is for men. 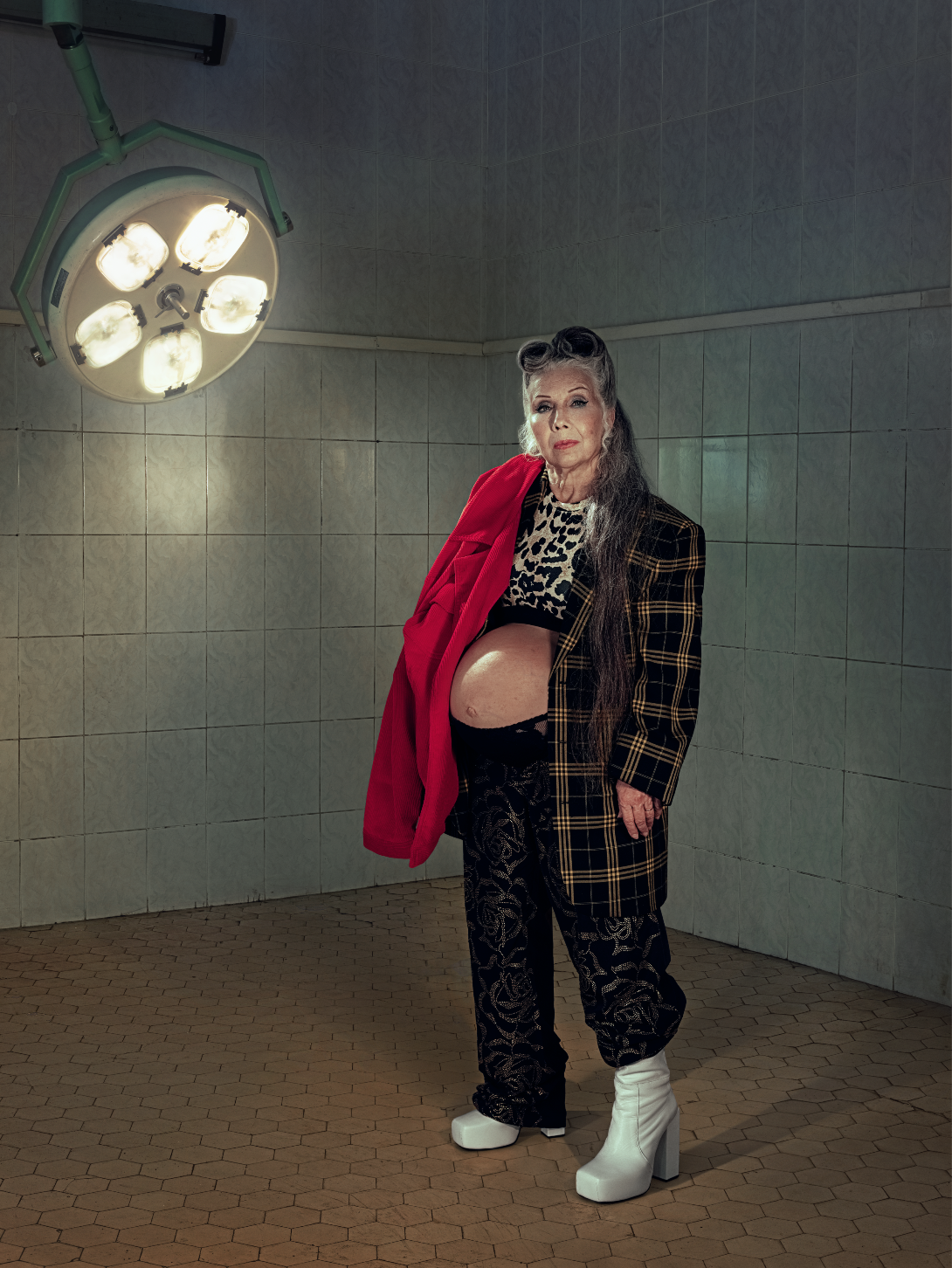 These are the thoughts of award-winning director and multidisciplinary artist from Moscow Anna Radchenko in talking through her new short film GRANDmothers. Now residing in London Radchenko’s films have been selected by some if the world’s major fashion and short film festivals including Berlin Commercial, Underwire and Aesthetica, to name a few. The multidisciplinary artist speaks of her vision as being grounded in employing  surreal ideas to create content that is both optically arresting and memorable — and in GRANDmothers, this surrealist grounding of vision is palpably and wonderfully captured through an aesthetics of opposition. An aesthetics of visual discursive contestation that joins in doing the work of addressing and questioning issues of ageism in contemporary culture, however, from the very specific and inherently political lens of mothering and motherhood. Composed of a set of photographs and a short film, GRANDmothers stands as a humorous visual commentary on society’s constructed ideas on becoming mother — how it has laid claim to the when, how and who of motherhood. Featuring a cast of older models, GRANDmothers isn’t the first project in which Radchenko has addressed the issue of ageism in contemporary culture. 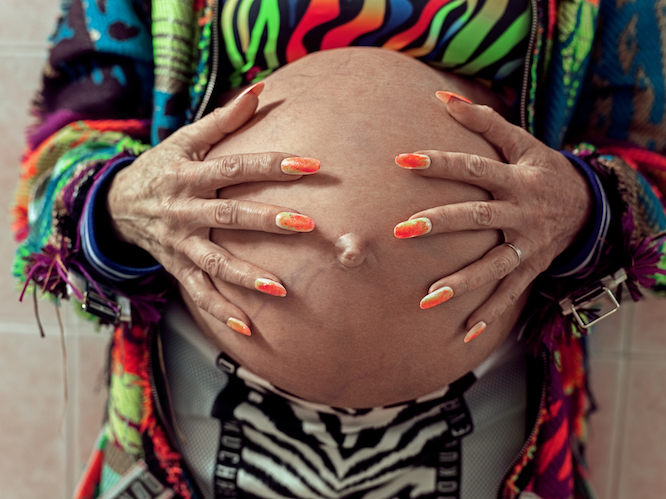 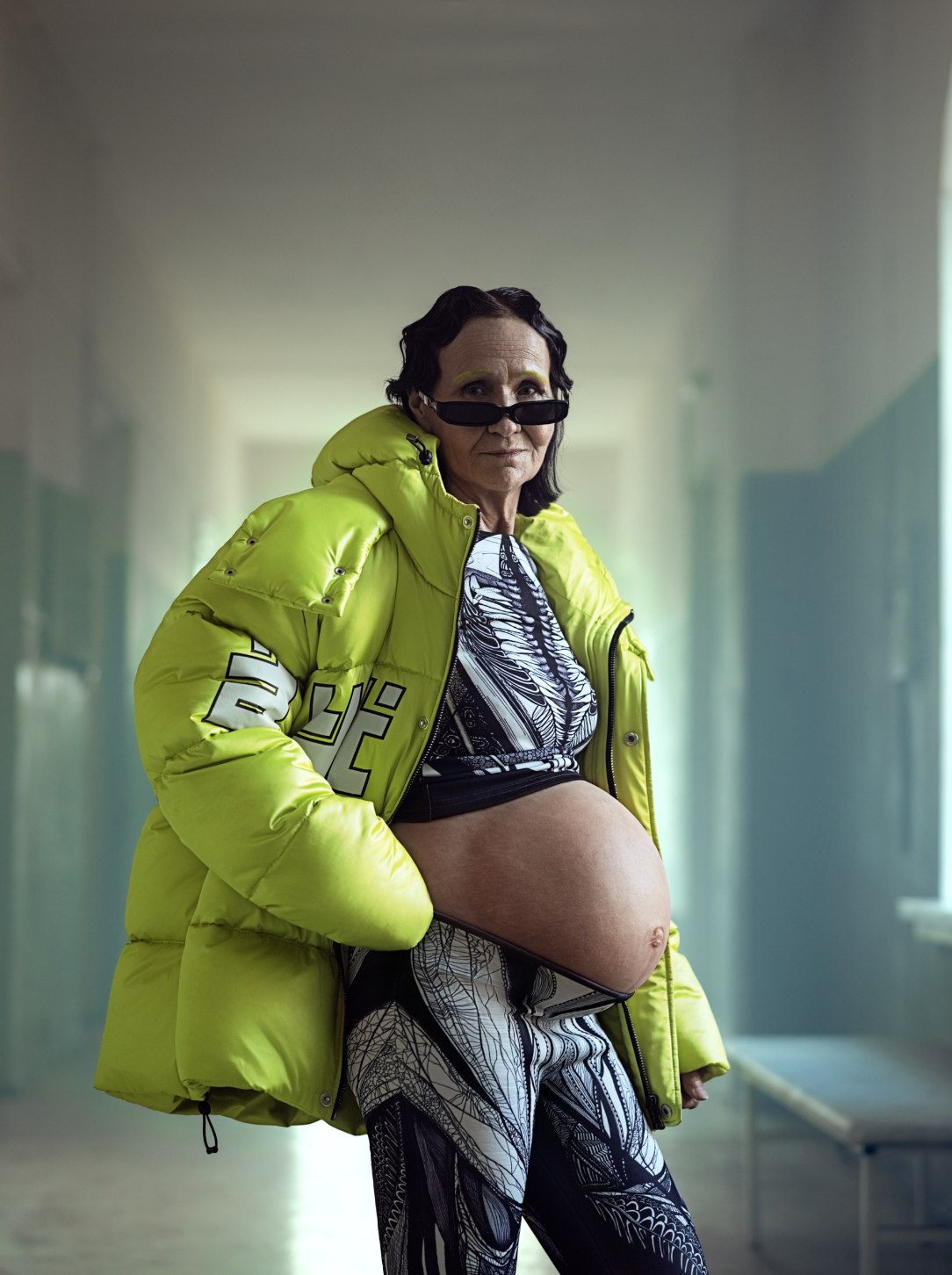 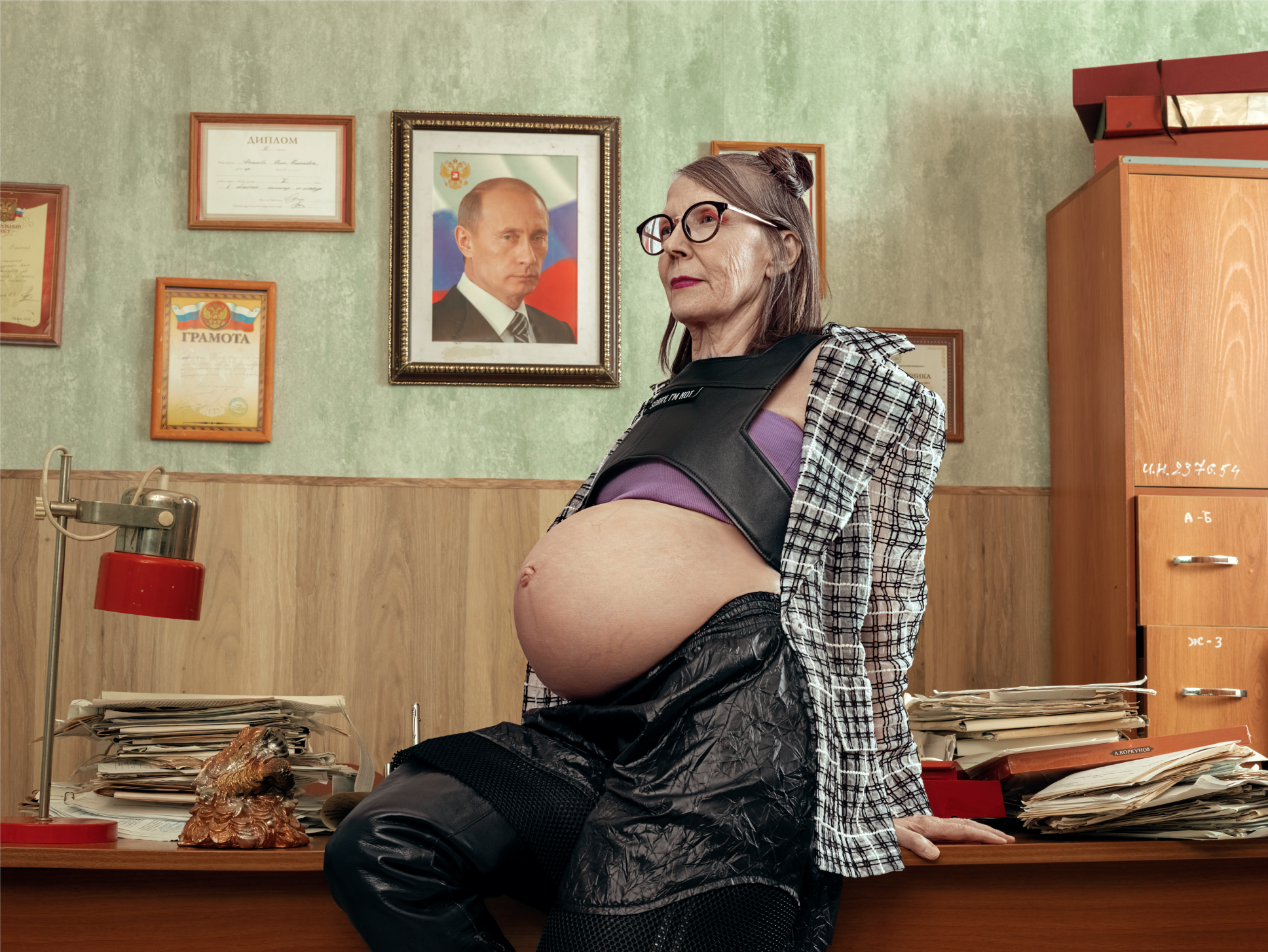 Shot in Russia in what used to be one of the leading gynaecological hospitals in the country, the 1911 Hospital has been unused since 2013. The location also plays with our perception, combining the new with the old. The videos’ set design look and aesthetic feel channels a strong post-soviet aesthetic — we find pop band posters hanging on the wall along with Russian propaganda prints praising the traditional family. The result is an apparent eclectic ensemble aimed at challenging what we know and take for granted, while leaving us wondering about what would happen if we stopped adhering to social norms and acting according to society’s expectations. As in Radchenko’s previous productions there is a strong fashion element in GRANDmothers, the styling, clothing and aesthetic choices made in producing the short film all come together to become the very material mediations by juxtaposition of this “visually speaking back to” oppressive and toxic ideologies on age and motherhood. Drawing inspiration from her own mother, Anna began exploring the topic with her 2017 fashion film Silver Goddesses in which she celebrated the beauty and spirit of getting older. GRANDmothers represents a continuation of this discourse by presenting creative, active, pregnant women who simply happen to be older — challenging our own internalised bias by having us reassess our expectations of what is beautiful, youthful and empowering. 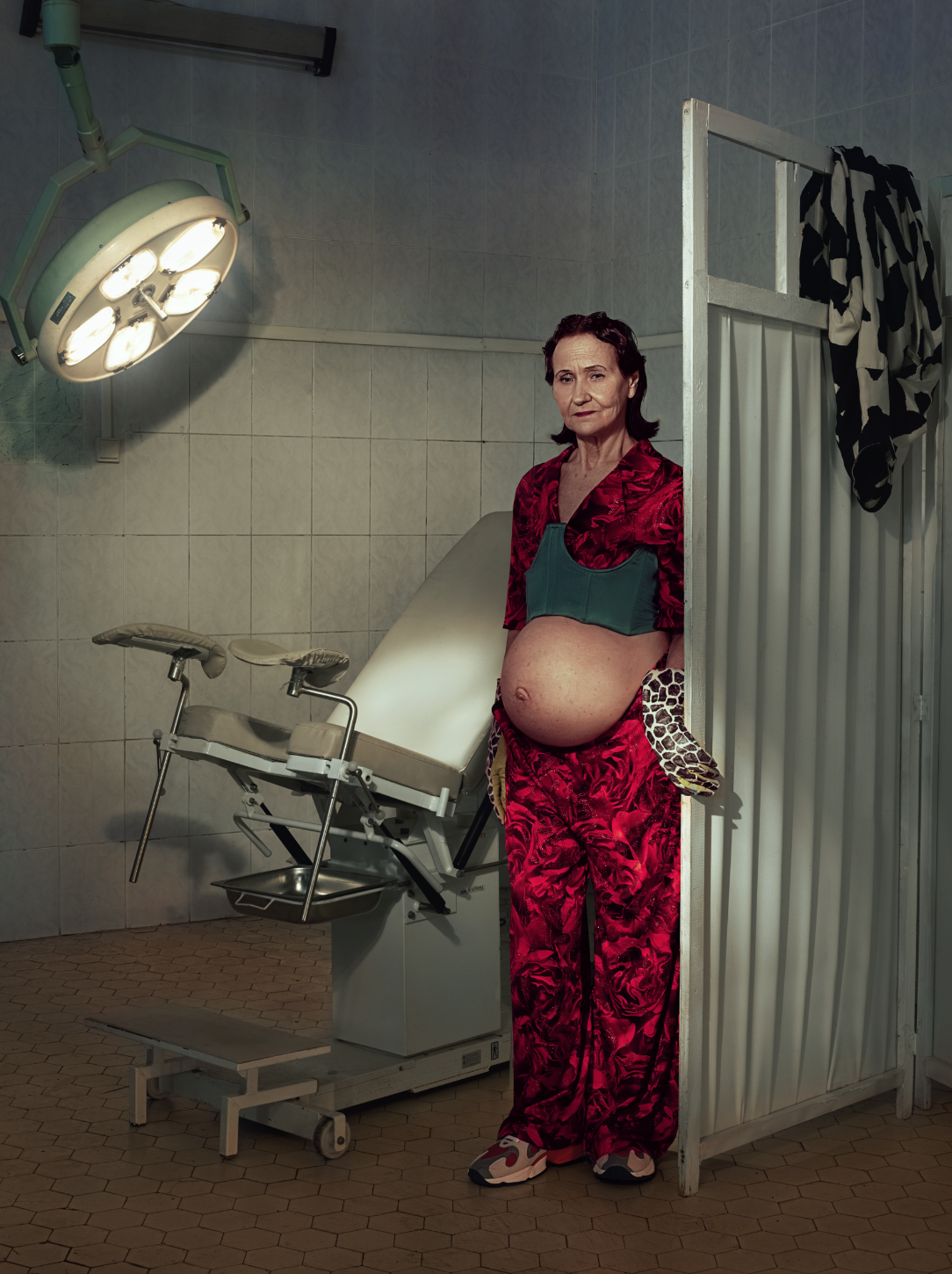 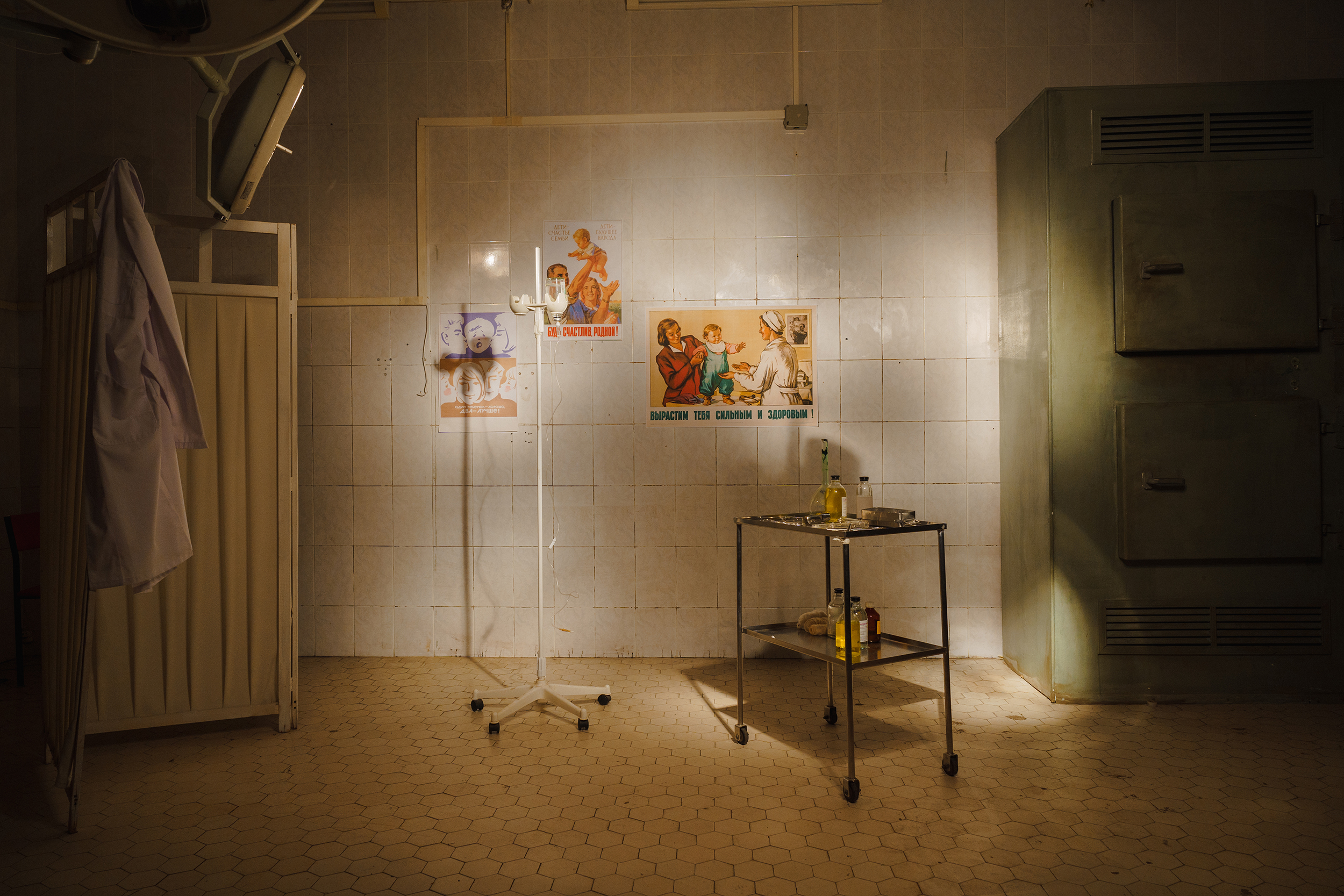 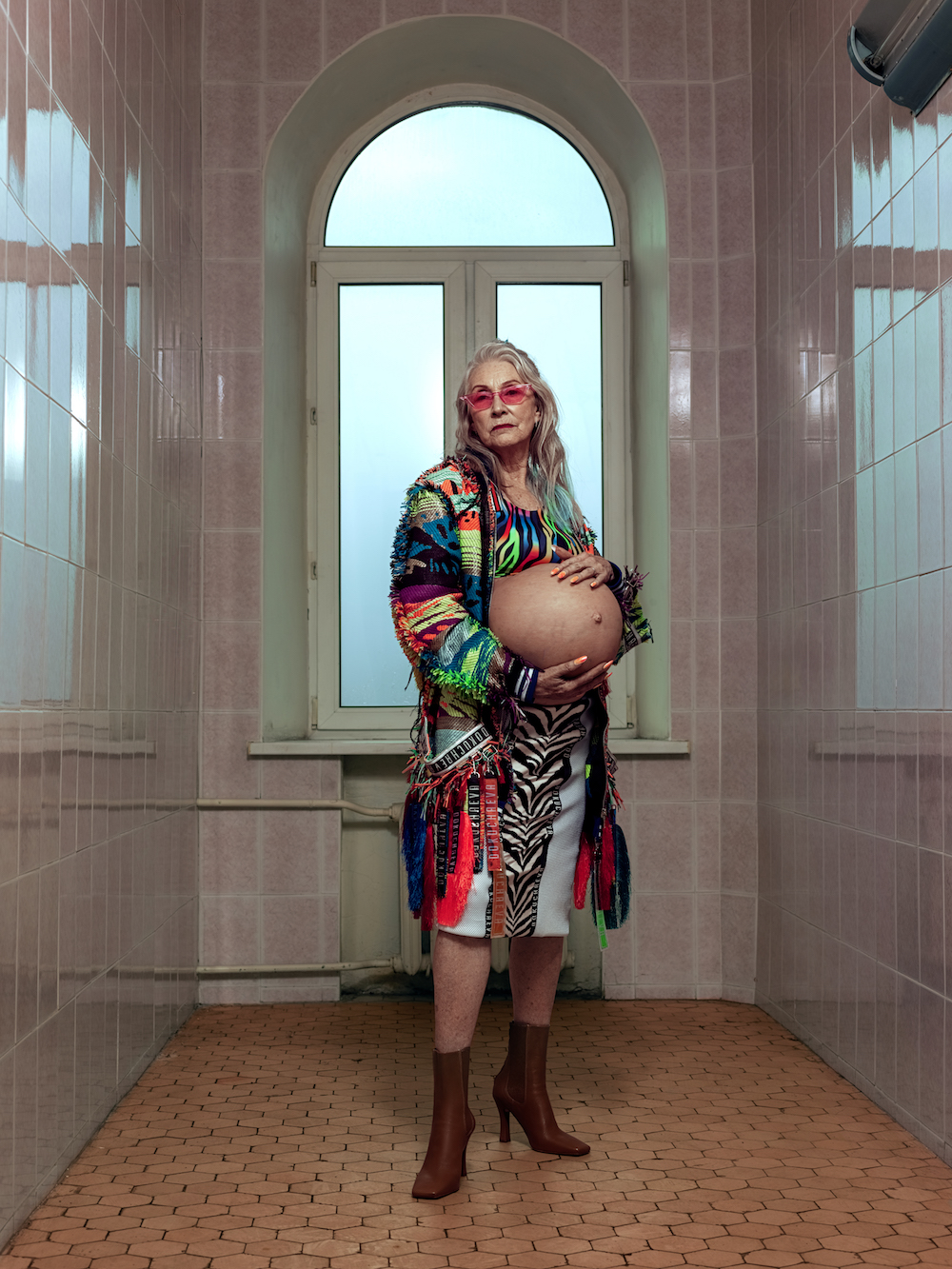 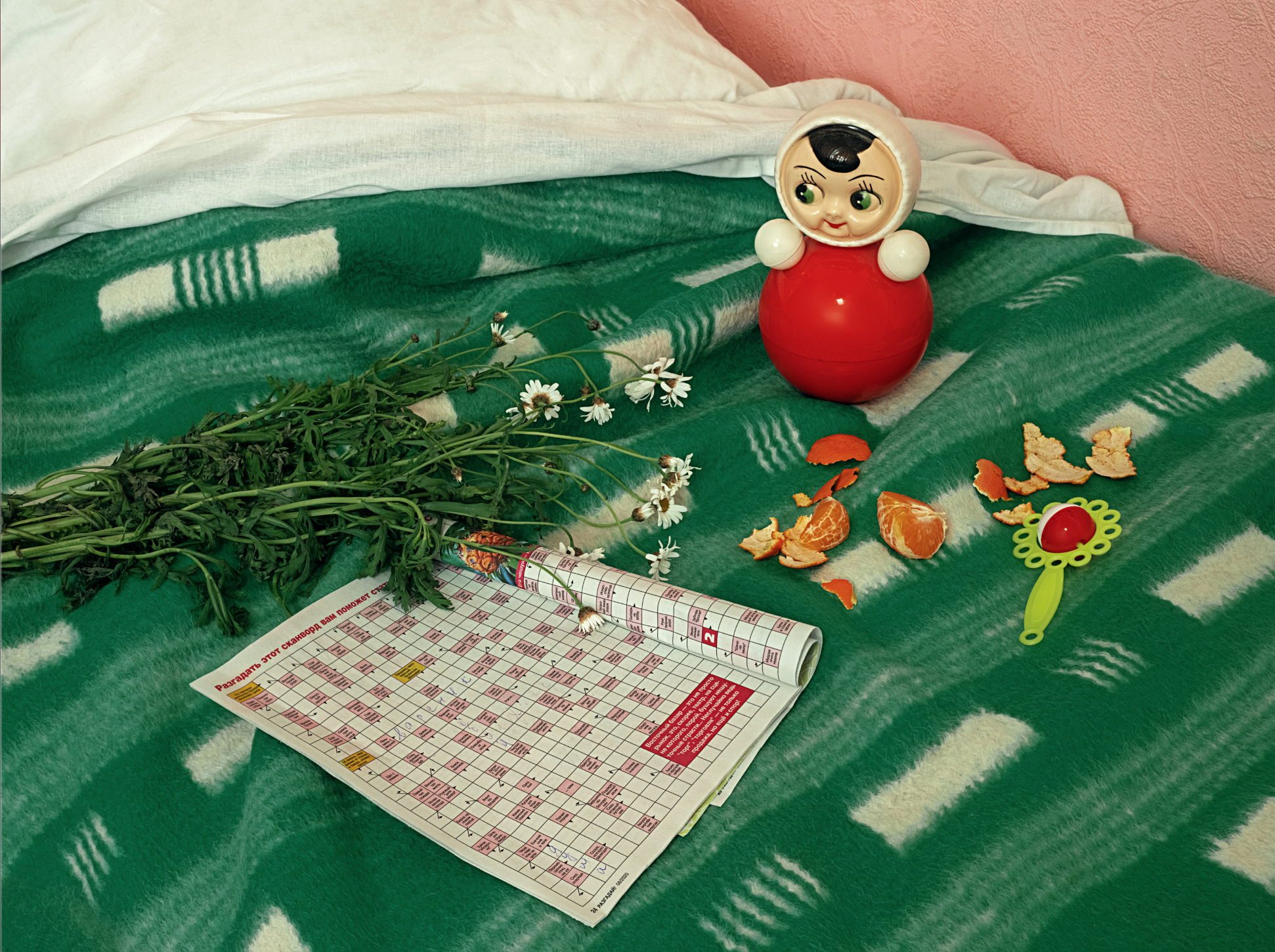 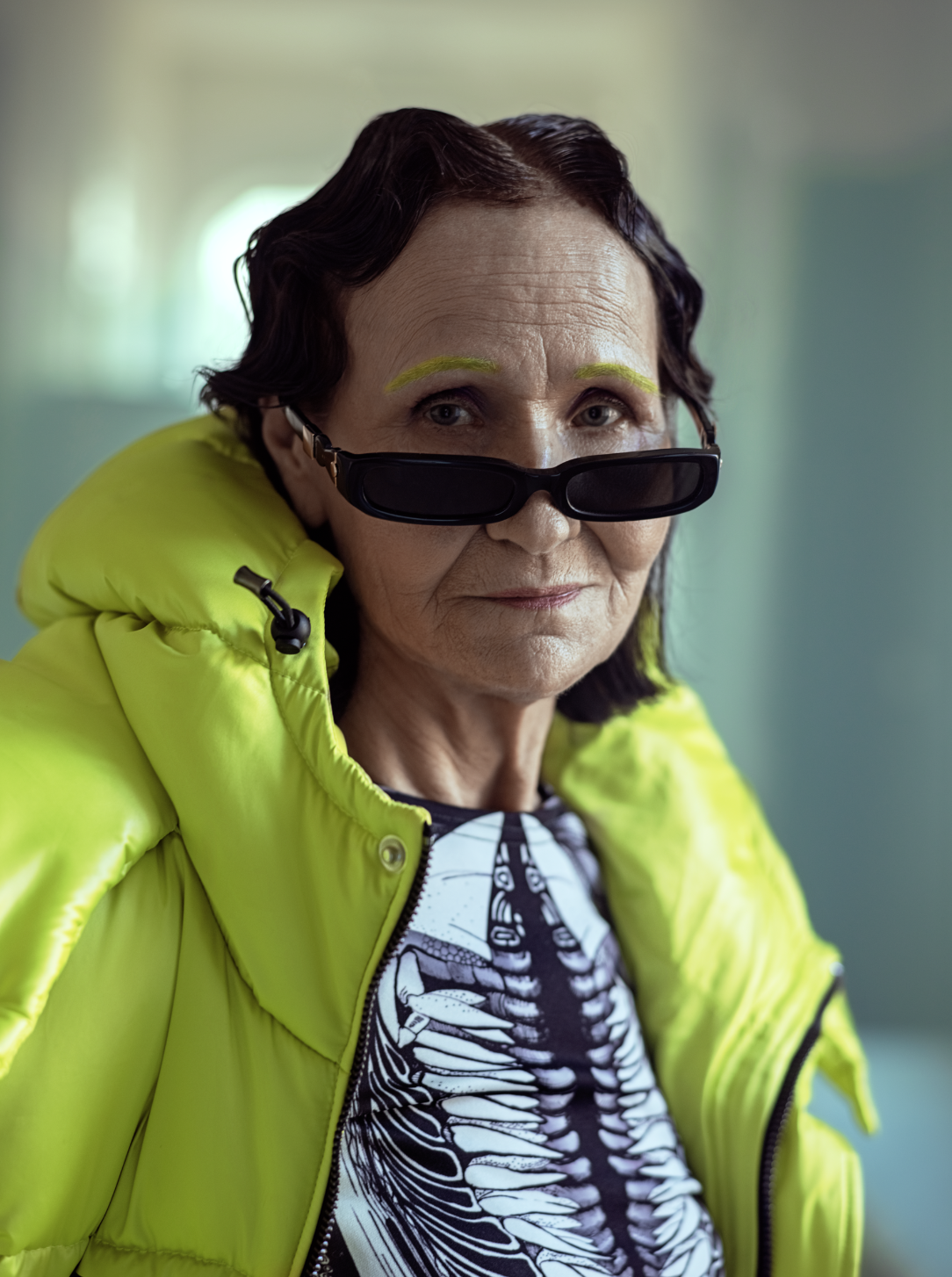