An Attempt at an Opening, humour me a while dear reader;

“Well I stopped in at the Body Shop
Said to the guy:
I want stereo FM installed in my teeth
And take this mole off my back
And put it on my cheek.
And uh while I’m here, why don’t you give me
Some of those high-heeled feet?”

What about interchangeable human limbs and extremities lined up on display in a bodyshop-chopshop? What about rainbow contact lenses in colours like feelings and contemplations of Sunday morning reflecting rays of light next to an array of nail sizes and shapes?

what about modification and self-fashioning, deconstruction and reassembling? And would you prefer a side of flat footedness or sophisticated arch with those mismatched feet? What about cyborg bodies as a way to think through bodies- to think them anew -outside of cultural, social and historical inscriptions that have been invisibly stitched into them?

“And he said, listen there’s no guarantee
Nature’s got rules and nature’s got laws”

Discourse functions as a mouthpiece for ideology but it can also be thought of- as Stuart Hall asserts in his work published in 2007 titled The West and the Rest: Discourse and Power -as a group of statements which provide a language for and a manner of representing a particular knowledge.

Thus given the fact that all social practices produce meaning they are inherently imbued with a discursive aspect. Furthermore, ways of making sense of and knowing the world, and their discourses are never produced from a point of innocence. The politics of power is often embedded within their production.

This process of production in turn creates a regime of subjective truth that works to serve in the interest of those with whom which the power lies.

Hall further draws on the sociological analysis of social theorist and philosopher Michel Foucault to state that “not only is discourse always implicated in power, [it] is one of the “systems” through which power circulates, the knowledge which a discourse produces constitutes a kind of power exercised over those who are “known”.

An objectifying historical order where bodies stretch out beyond flesh and matter and become literal and symbolic sites/sights of fungible, co-modified meaning making from a place of without. 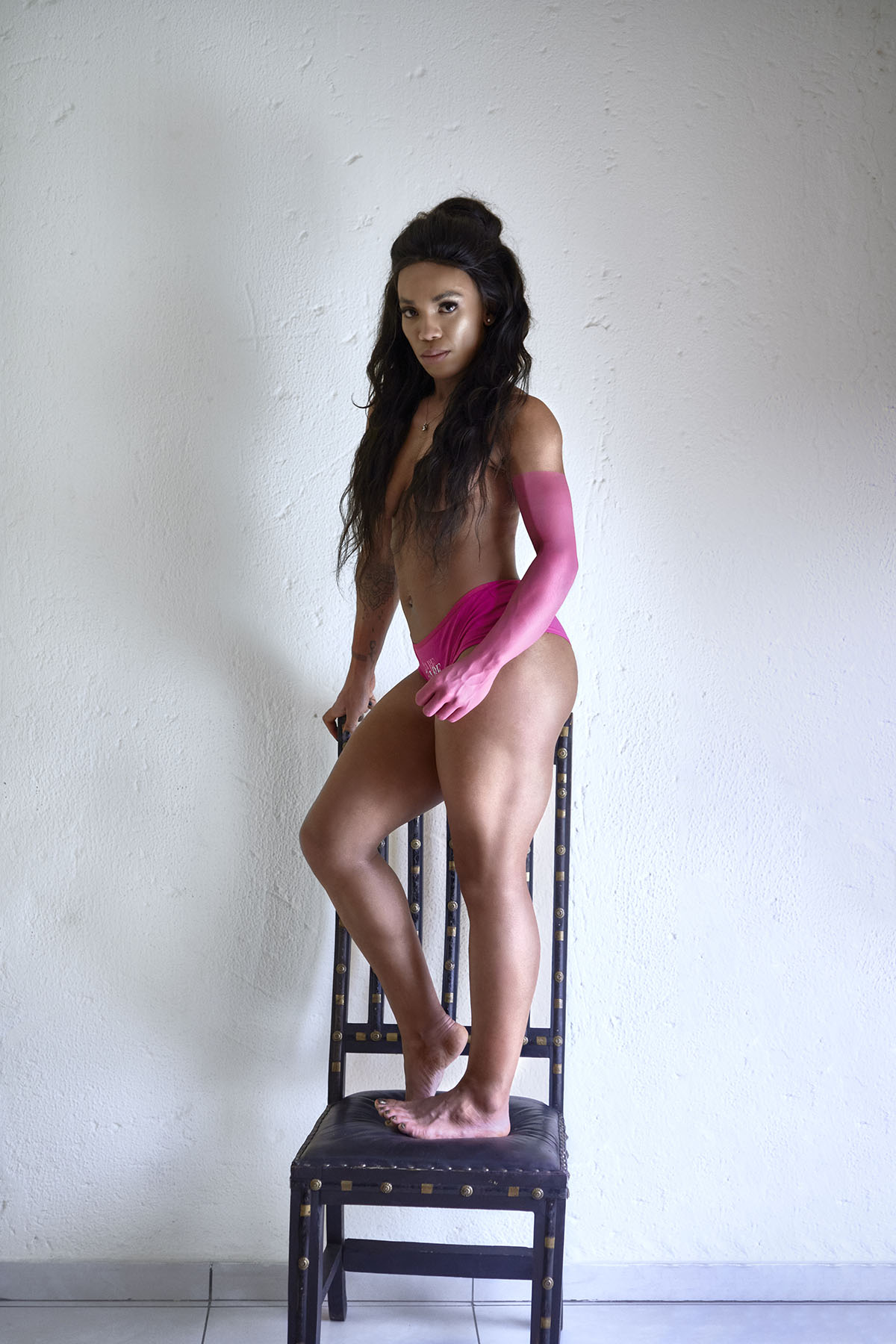 A demonstration from our questionable friend history:

Sara Baartman was a Khoisan woman born in 1789 and abducted and forcefully transported to England in 1810 at the height of western imperial expansion and the project of colonial domination. There she was put on exhibition to be viewed and gazed upon by the general public as a sub-human object of sexualised, racialised and exoticised spectacle.

The 18th and 19th centuries were historical periods whereby the study and classification of individuals dominated the discursive ideologies that informed western science and medicine. It was also during this period that the conflation of colonial medical and scientific discourse and colonial discourses of race, sexuality and empire were crystallised.

The manifestation of this conflation led to the legitimation of scientific racism. Embedded within the aforementioned scientific racial discourse was an anxious paranoia which griped western colonial society. This manifested a preoccupation in articulating the meaning of white identity as morally and intellectually superior to that of the colonised; whose identity it constructed as a dichotomous mirror image to its own, represented as essentially ‘other’.

One could even make the argument that the discourse of scientific racism emerged as a way to preserve patriarchal white supremacy and domination. For “as the physical bonds on Black people weakened, the discursive ones had to grow correspondingly stronger” (Yvette Abrahams).

In consequence the Black femme body; that of Sara Baartman more specifically, the construction of her femininity as ‘savage’ and her sexuality as deviant became a fundamental site/sight in 19th century colonial discursive formation; “let’s face it. I am a marked woman, but not everybody knows my name” (Hortense J. Spillers).

The exhibition of Black bodies as a sight/site of spectacle was already an established institution within 19th century English society prior to that of Sara Baartman. These exhibitions became imperial institutions of discursive imagination and circulation.

They produced an image of the Black individual as ‘other’, thus providing a physical ideological manifestation that worked to reinforce the colonial project. They played a paramount role in the manner in which Bartman’s body was used to construct ideological inscriptions around the Black femme body that worked to pathologize; their institutional configuration made them accessible to the working and the burgeoning middle class of Britain, unlike visual high art or written systems of representations.

Although at times they included both white and Black individuals, it is critical for one to be conscious of the colonised space of representation they existed within and the ideological functions performed by the manner in which the varying racialised and gendered individuals were depicted; a function which was not homogenous. 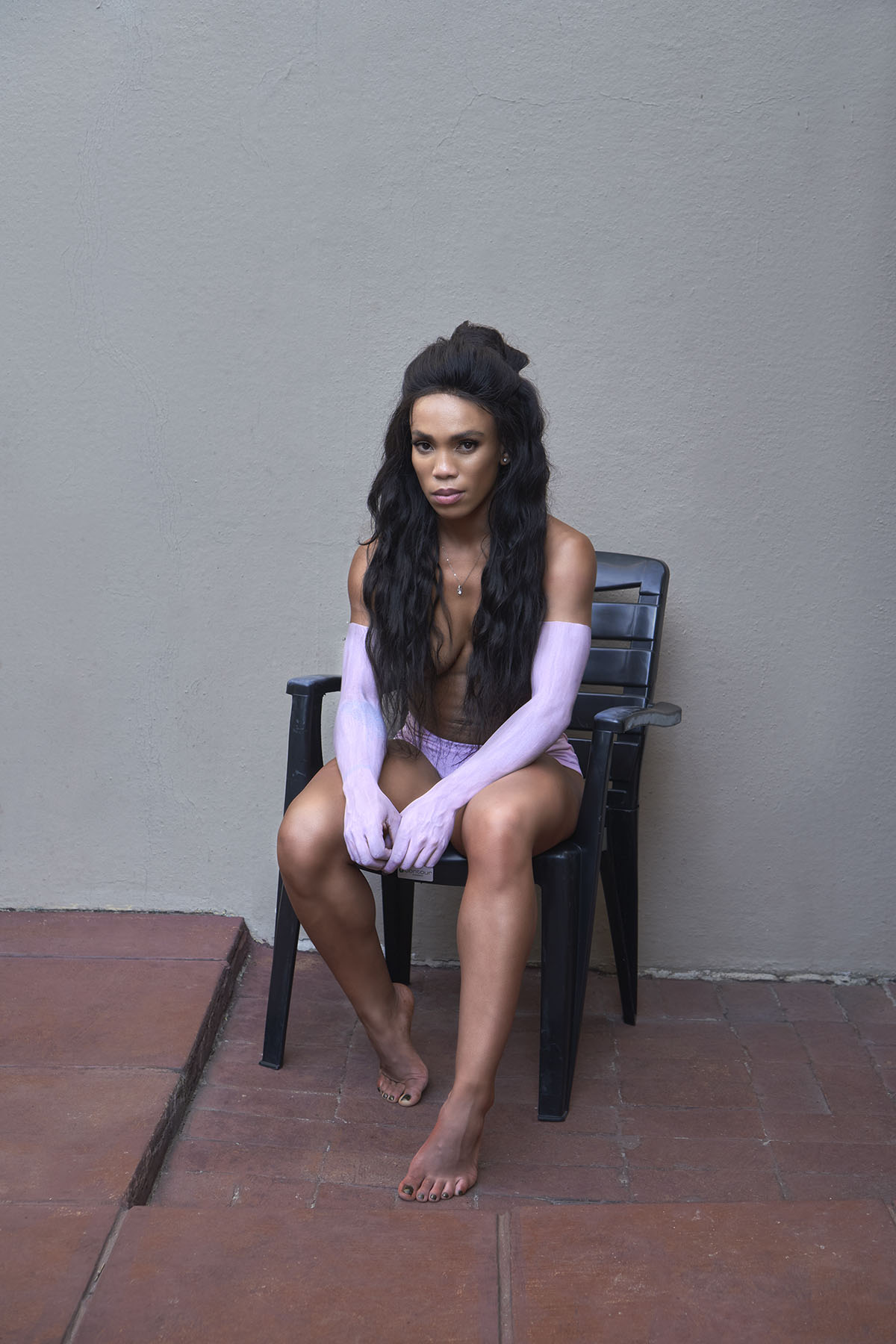 Cyberfeminist Manifesto for the Twenty-First-Century

After recently spending some time talking to our new cover star and professional women’s bodybuilder Vicky Sethabela, I started to journey down a particular rabbit hole of thought ignited by the sporting world she occupies, it’s perceived hyper-masculinity and the ways in which women who compete in professional bodybuilding refigure their bodies outside of heteropatriarchal tenants of an ‘ideal feminine and feminised body’.

Their bodies, like sci-fi world building; transgressive self-fashioned enfleshed cyborgs embodying a non-essentialist feminism of corporeality. In saying this, however, I am not trying to project this transgressive corporeal feminism onto every individual who occupies the space of professional women’s bodybuilding. Nor am I attempting to romanticise it or to be reductive of the various intersecting complexities, contradictions and institutions within the sport- some of which do the very work of reinforcing heteropatriarchal ideology – but as I stated in the beginning, humour me a while.

are hybrid entities that are neither wholly technological nor completely organic, which means that the cyborg has the potential not only to disrupt persistent dualisms that set the natural body in opposition to the technologically redrafted body, but also to refashion our thinking about the theoretical construction of the body as both a material entity and a discursive process… cyborg bodies are definitionally transgressive of a dominant culture order.

Thus, the woman bodybuilder becomes the machine dream of transgressive cyborg identity, using the science of exercise, weights, training machines, dietary modifications and kinaesthetic labour. Descendants of Maria the robot in Metropolis, who autonomously disrupt androcentric discourses of symbolic bodily inscription and their traditions of distorted constructions of the ‘ideal feminised’ body.

A bodyshop-chopshop of re-imagination that undoes the heteropatriarchal institutions of bodily knowledge production, meaning making and that also works to fissure cultural-historical binaries of embodiment. Petite, fragile and dainty does not a woman make.

Hold on a minute, let’s take this body apart and put it back together from a place of darkness; something new is being made.

Indian matchmaking // what happens after I do?

The enigma that is your dad – D2Dyourdad

Ugo Woatzi’s ‘Chameleon’ | A conversation between masculinities and space