Living through historical moments has the special ability to make us contemplate our own impermanence. The impermanence of even the most character shaping moments — by virtue of them being moments — is Time’s threat to our wilting bodies. Hence, the social construction of legacy. We want to believe that we, or an extension of ourselves, will outlive us — either tangibly or in the exchange of thoughts and memories. No different than all our other social constructs, legacy involves the participation of those around us to maintain it. The very notion of an us — as a collective — is the core of Ivorian menswear fashion brand, OLOOH, designed and creative directed by Kader Diaby. The word “olooh” means “our” in Senufic languages. “In naming my clothing brand at the time of its creation in 2018, I wanted to place the questions of communities, belonging, and origins at the heart of my aesthetic discourse,” Diaby shared. “For me art is sharing, and we strongly believe in it. It is a collaborative work that can be found throughout the production chain.” 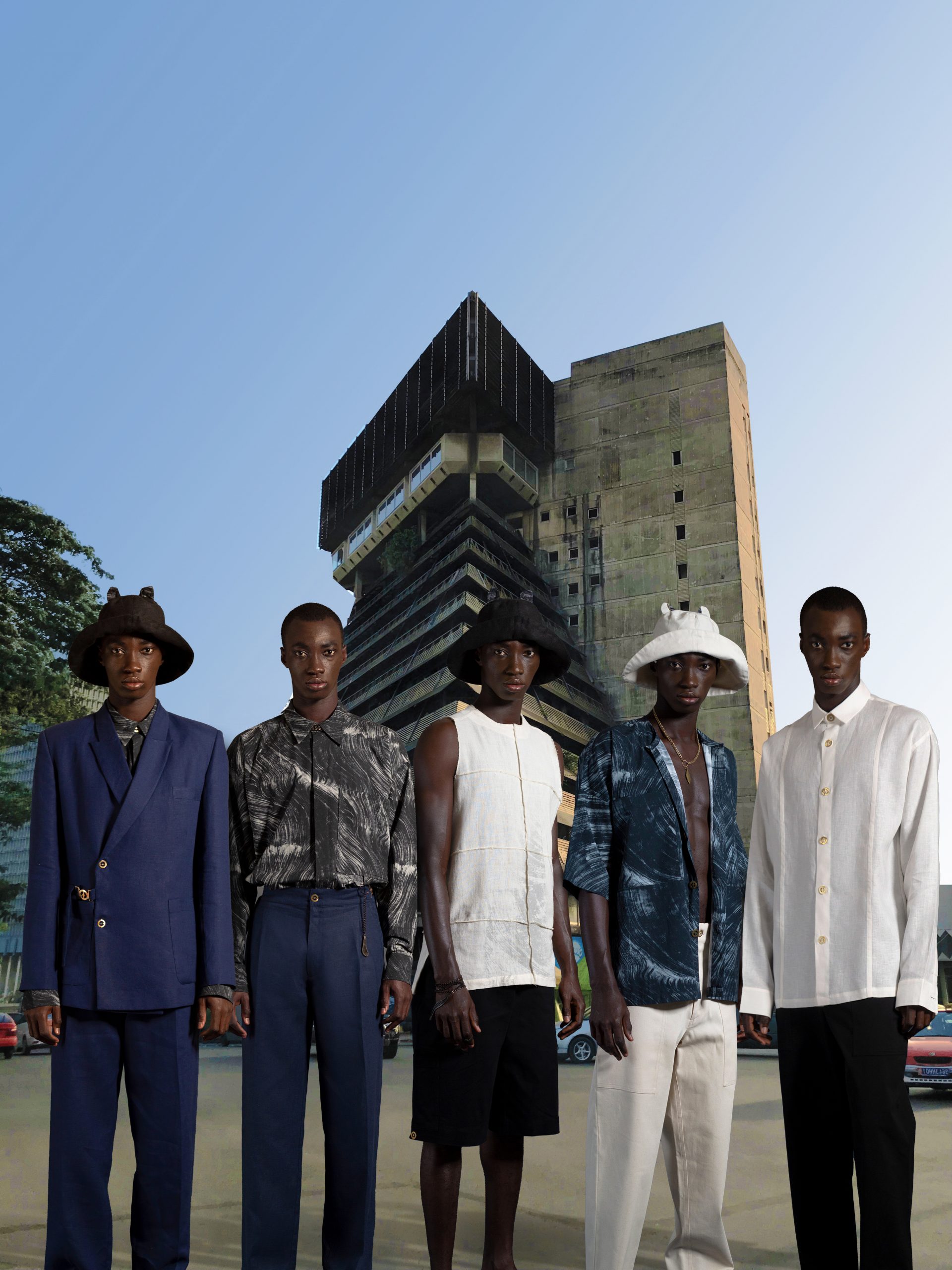 The geo-politics surrounding OLOOH isn’t something it turns away from. The vast ethnic and racial diversity of Abidjan is not just something OLOOH coincidentally exists in but is stitched into the very heart of the brand. Described as “Ivorian born, inveterate Abidjanese”, Diaby couldn’t help but let the place he knows most in the world be the source of inspiration for his works. “When I close my eyes I can smell the smell of the city, hear the noises. So it is quite natural that Abidjan inspires me.” The roots of the brand stretch out further to surrounding local towns and even further to receiving some woven fabrics from Mali. For the their latest line, Boulevard Lagunaire, it was important that the clothing was produced eco-consciously — taking strides to create something which not only made sense for the people of Côte d’Ivoire to wear but something which also made sense for the greater good of the climate. Using up-cycled domestic brass from the small town of Grand Bassam and taking strides to produce prints in such a way that minimises water wastage and the decline of bees, an awareness of the times informs Boulevard Lagunaire. 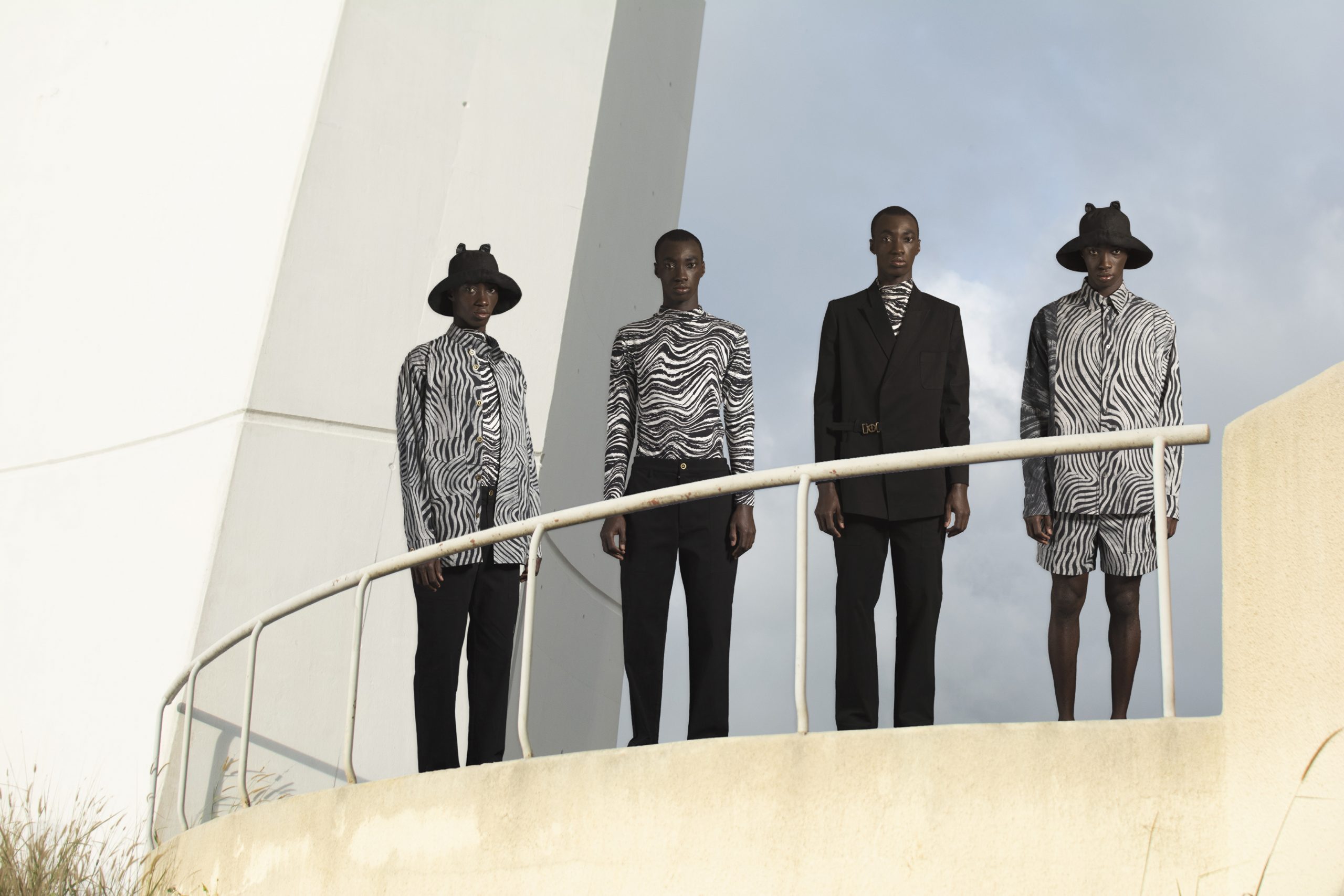 In these times, with Business Insider reporting the fashion industry as being the second largest consumer of the world’s water supply, the industry is guilty of crimes against the ecosystem. In these very times, Afrik21 reports that The EU — the greatest importer of cocoa from Ivory Coast — has taken to cutting business ties with the African country if it didn’t work to stop deforestation in the name of cocoa production. Operating amidst international political turmoil and ever complex conversations around the unsustainability of fashion, OLOOH is left with no choice but to respond. And respond it does, in its own way,

We pay special attention to the different impacts we can have on the environment. Since the creation we have made the choice to use organic materials. We carefully select our different suppliers […] It is difficult to make 100% ecological while having quality products and reasonable costs but we are constantly looking for improvement of our processes,

Diaby offered in response to the notable strides OLOOH had made with Boulevard Lagunaire. Even in the pandemonium of the present, Boulevard Lagunaire doesn’t let itself get consumed into the now, careful not to fall into the existing culture of fashion brands. Taking residence in nostalgia, OLOOH’s latest line is inspired by the late 90s and early 2000s fashion culture of Côte d’Ivoire and beyond, which went on to shape the popular culture at large. 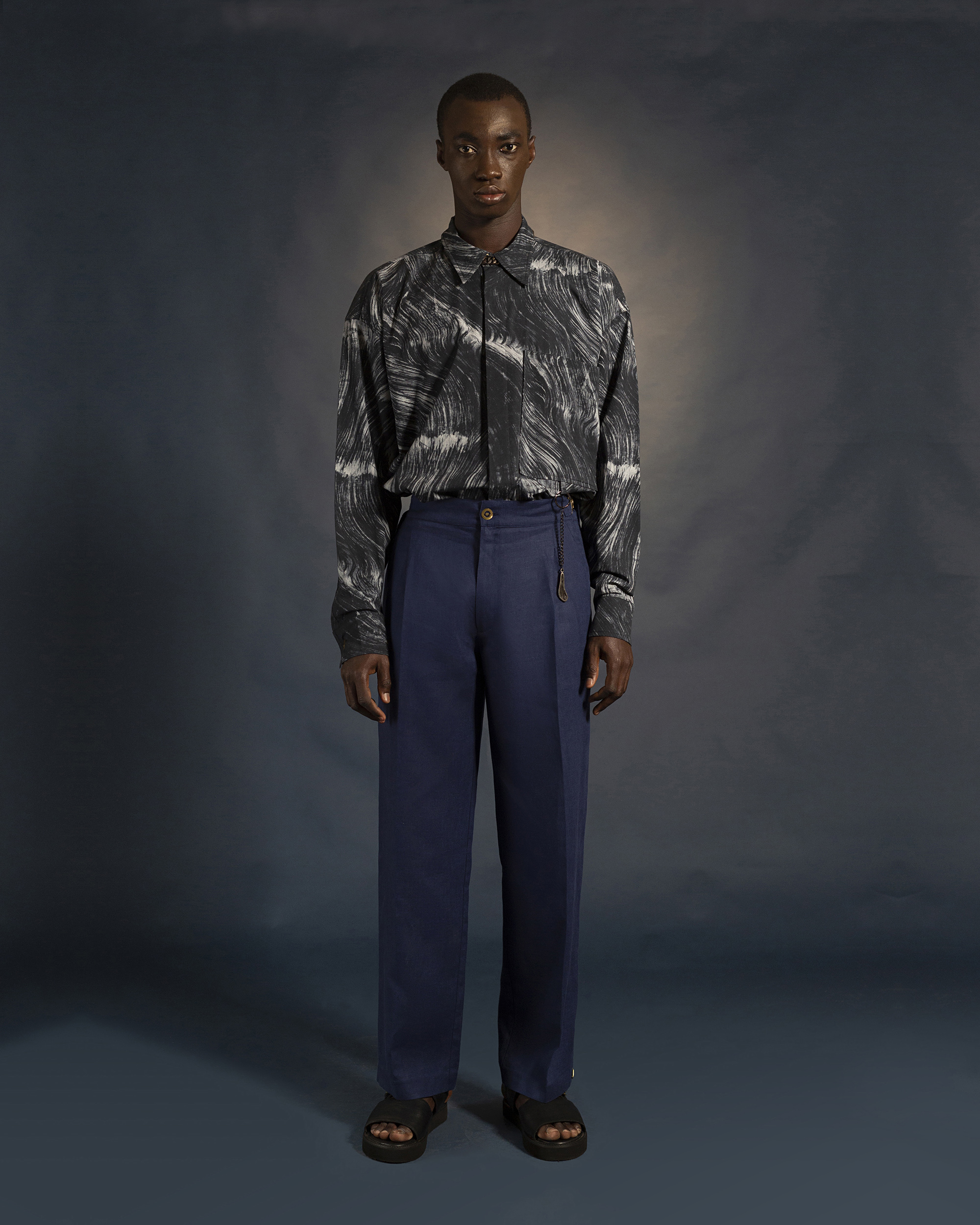 In a time of isolation — when the line was conceived — Diaby had the opportunity to reflect on what it is that has shaped his home and culture to be what it is today. Ultimately, it returned him to the iconic transition of the millenniums. Boulevard Langunaire aims to view the era through a contemporary lens, all the while staying true to the aesthetic identity of the brand in its modern minimalistic silhouettes and striking play of pattern and print. One might say a legacy rests in the signature. One might say there is no precise formula or method to be studied and reproduced to secure a lasting legacy. But the existence of a legacy at all necessitates a future to live in. In the various ways this rising brand is investing in its people, its community and the environment we share, it works towards making that future (at the least) a possibility. One might think, that when it’s all said and done, that this is what Diaby would like OLOOH to be remembered for. But for him, eco-consciousness isn’t about fulfilling some role or performing ethics under capitalism. Diaby speaks of loving nature (and pays tribute to it with waves being referenced in the collection) with the same ease that one speaks of the things they like to do for fun. Diaby’s wish for OLOOH and its legacy is simple, yet simultaneously profound: “that OLOOH represents the Ivorian lifestyle.” 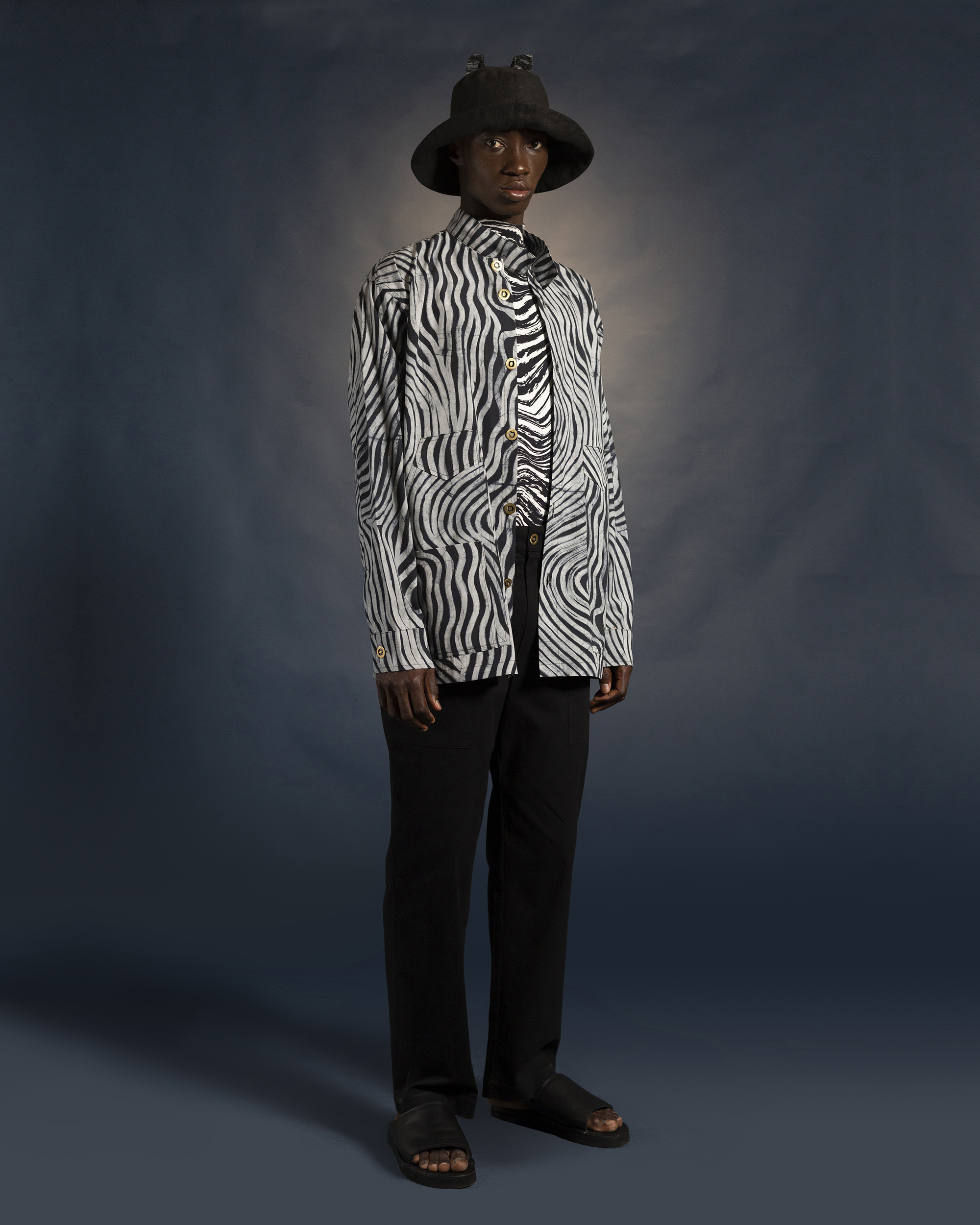 Lee X H&M: collaborating for the next generation of more sustainable denim