South Africa is built on violences that are unsolved and remain un-checked. A conscious decision is made by many artists to unpack colonial history examining its visible traces on modern day South African society. They deplore its continuum of racist thought. The main tenets of sexism, racism and apartheid remain inseparable from South African life as our society has been faced with unmasked traumas. Artists working within this chosen scope decipher a troubled collective history. Laura Windvogel aka Lady Skollie is one such artist. A quick search of her name on Wikipedia will describe her as “a feminist artist and activist”. Skollie’s practice narrows in on gender, consent, desire, sexuality and sex and intimacy in the South African context. “…what I was doing was also a performative level of scratching, mark making and repetition. These acts are definitely part of my thoughts on sex and the body.” The pseudonym ‘Lady Skollie’ was adopted as a means of subverting the problematic historical term “skollie” which originated in Dutch colonial South Africa. It was used by white people to describe a person of colour that they regarded as scaly or of low social standing.

Elongated arms stretch up to sun-beings mimicking rock art depictions. A four breasted womxn with a papaya face and a choke chain asks questions about pleasure, desire and consent. Eyes peer out from a busyness of colour–questioning the viewer’s intent. Confrontational in her execution, Skollie is unashamed in her critiques of sexual relations in regards to gender informed power dynamics within South African society­–a patchwork quilt of patriarchal reign (Belinda Bozzoli). “I think I have become more strategic in how much sadness, hopelessness I express for our current situation as women. Now I just try to stay safe, stay strapped, stay ready.”

“…one blessing I have been able to see since I was young was KNOWING exactly what I wanted to be my entire life,” Skollie explains. At the age of 9, Skollie began attending extracurricular art classes at the Frank Joubert Art and design center in Newlands, Cape Town, recently renamed to the Peter Clarke Art and Design Center. “…being sent to this school for 10 years, every 2nd day after school, was a turning point and definitely something that changed the course of my life,” she explains. 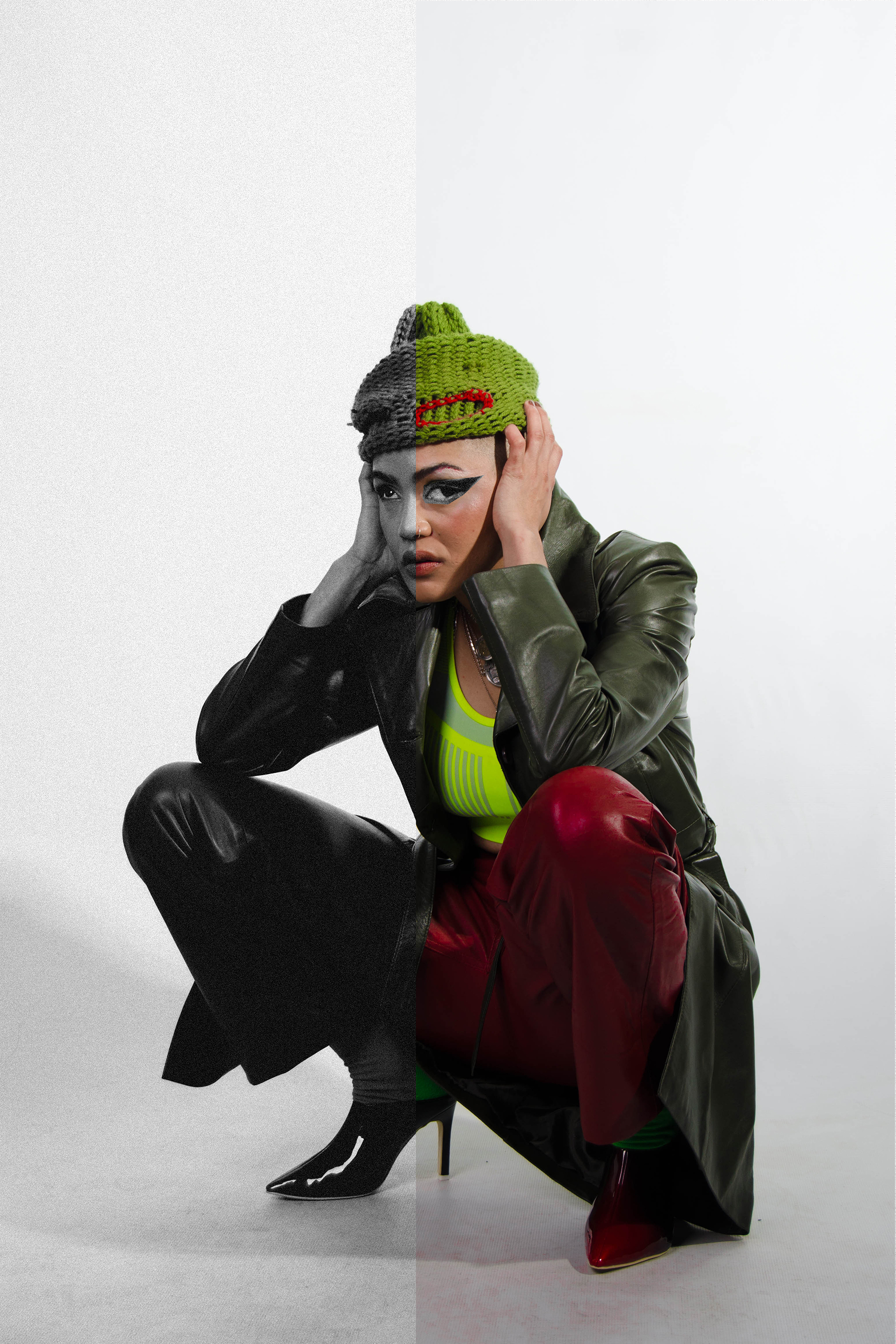 Personal understandings of sex and the body are often embedded in experiences of our communities, cultures and the gendered roles in which we find ourselves typecast. “Being South African means expressing sexual thoughts or opinions is taboo. I love everything that is taboo or shocking. I grew up with a slightly conservative mother that LOVED dirty jokes. A mother that taught in a school in a coloured hood; she would come home and tell us if we got pregnant at school level she would kill us because every month there was another child pregnant at her school. The energy of being nipped in the bud was something that our mother wanted us to understand, being stopped before beginning. She never wanted us to be part of what she perceived to be a coloured stereotype; teenage pregnancy.”

Skollie’s recent exhibition Good & Evil at Everard Read looked at coloured identity and heritage–papsak payments, the erasure of the San peoples and colonialism. Speaking to these elements she explains,

“Being coloured, of boesman descent and knowing there is little to nothing available about us. Did you know when very traumatic things happen to children they have the capacity to just forget. Have a big gap in memory, understanding and point of reference. Being of Khoi or San descent made me understand that as a nation we had implemented a similar strategy to deal with pain and humiliation and exclusion, just forgetting. Good & Evil was my offering to my people [to] prod us to remember.” Good & Evil becomes a voice which enlightens and narrows in on the nuances of coloured identity while simultaneously provoking static narratives. Themes that bring this message forward includes sexuality, objectification, self-deprivation, greed, colonialism, alcoholism and racial identity. 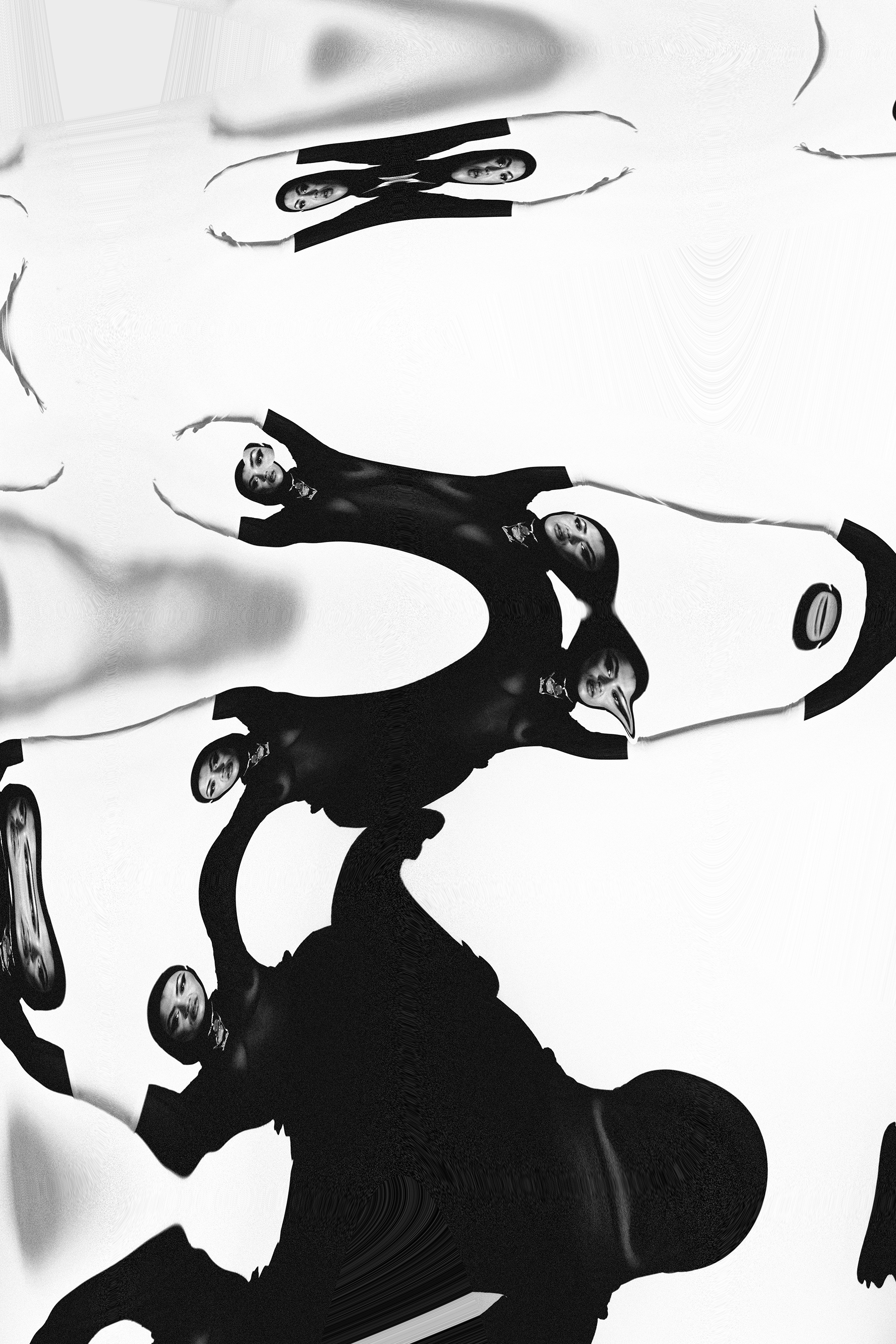 Gravitating towards an understanding of African womxnhood, exploitative practices and colonialism the figure of Sarah Baartmanten becomes a part of the conversation. Skollie explains Sarah’s impact on her work as well as many other figures by stating, “I did a show in 2016 called HOTTENTOT SKOLLIE in which I explored some Sarah Baartman energy. I don’t say Saartjie because it is the diminutive form of a name that was already only given to her. Other than Sarah there are also other central figures that get less airtime. The state of being coloured or of San descent always has the Sarah connection but one must not forget that there were THOUSANDS of other stories, similar and dissimilar happening at the same time.”

Lady Skollie’s work transcends the critique of body politics, racial identity, colonialism and its related trauma and sex as a coloured womxn living in post-apartheid South Africa. Her blended approach reaches into the uneasiness of the South African psyche. She becomes an all-powerful womxn figure that does not only protest but educates in her efforts. 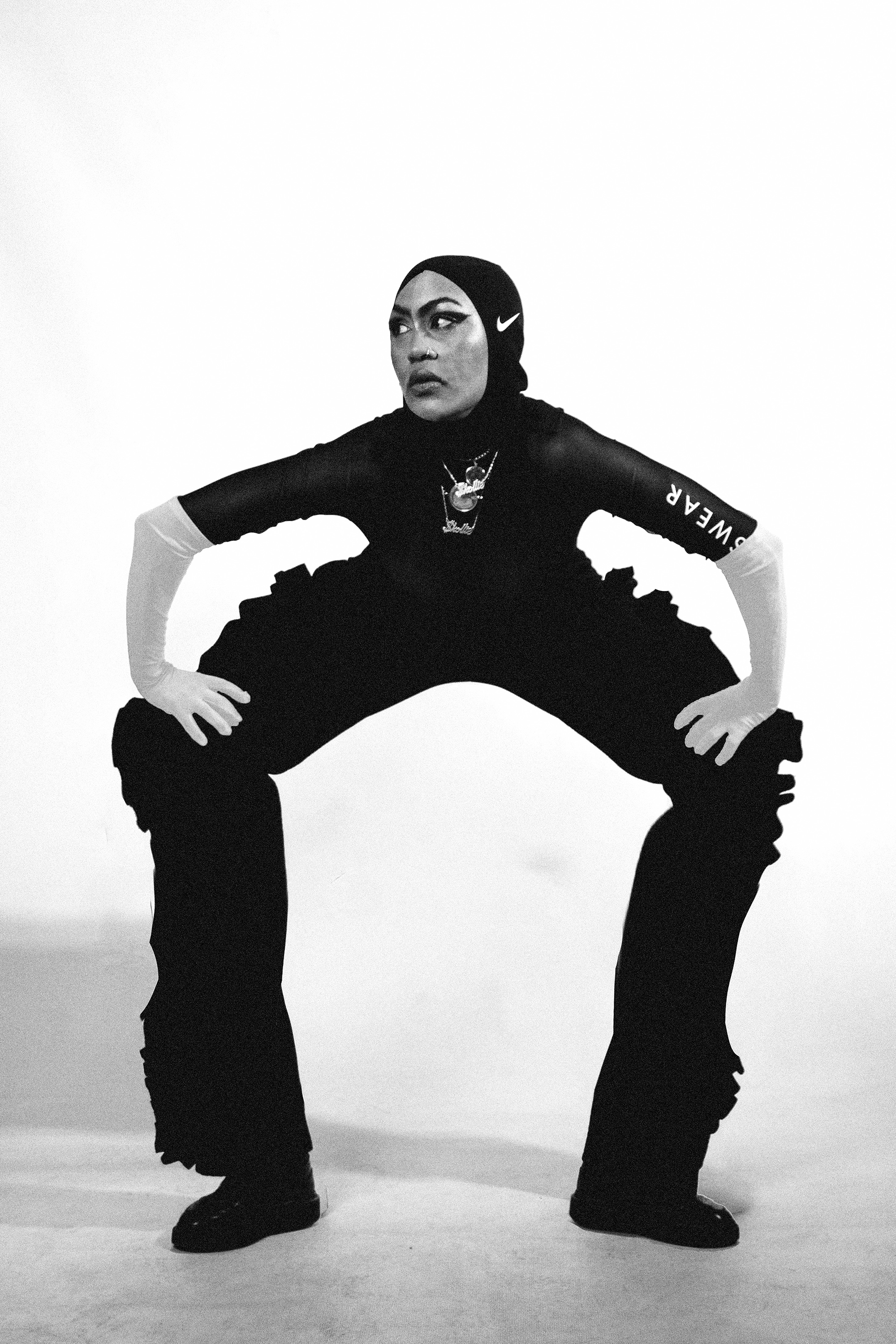