Titled Africans from Outta Space and produced by Barry Berk at The Bass Station in Johannesburg; the debut 6 track EP by Soweto three piece Afronaut is a full frontal dynamic sonic experience. Made up of Fumane “Fumez on the Mic” Mahane (vocals), Thulasizwe “Thulas” Nkosi (guitar) and Zakhele “Zakes” Mangwanyane (violin), Afronaut is one of the more interesting bands to come out of the country’s musical landscape in the past year. Much of this has much to do with the sheer dynamism and energy embedded in the music, which draws inspiration from an expansive terrain. Elements of blues, rock, punk, pop, country and folk surface in the—at times sprawling—mix that recalls the sonic impulse of early Iggy Pop, the brooding vocals of Howlin’ Wolf and the boiled down rock essence of the Ramones. However, at its heart, Africans from Outta Space reflects Afronaut’s particular location in Soweto where the band is based. 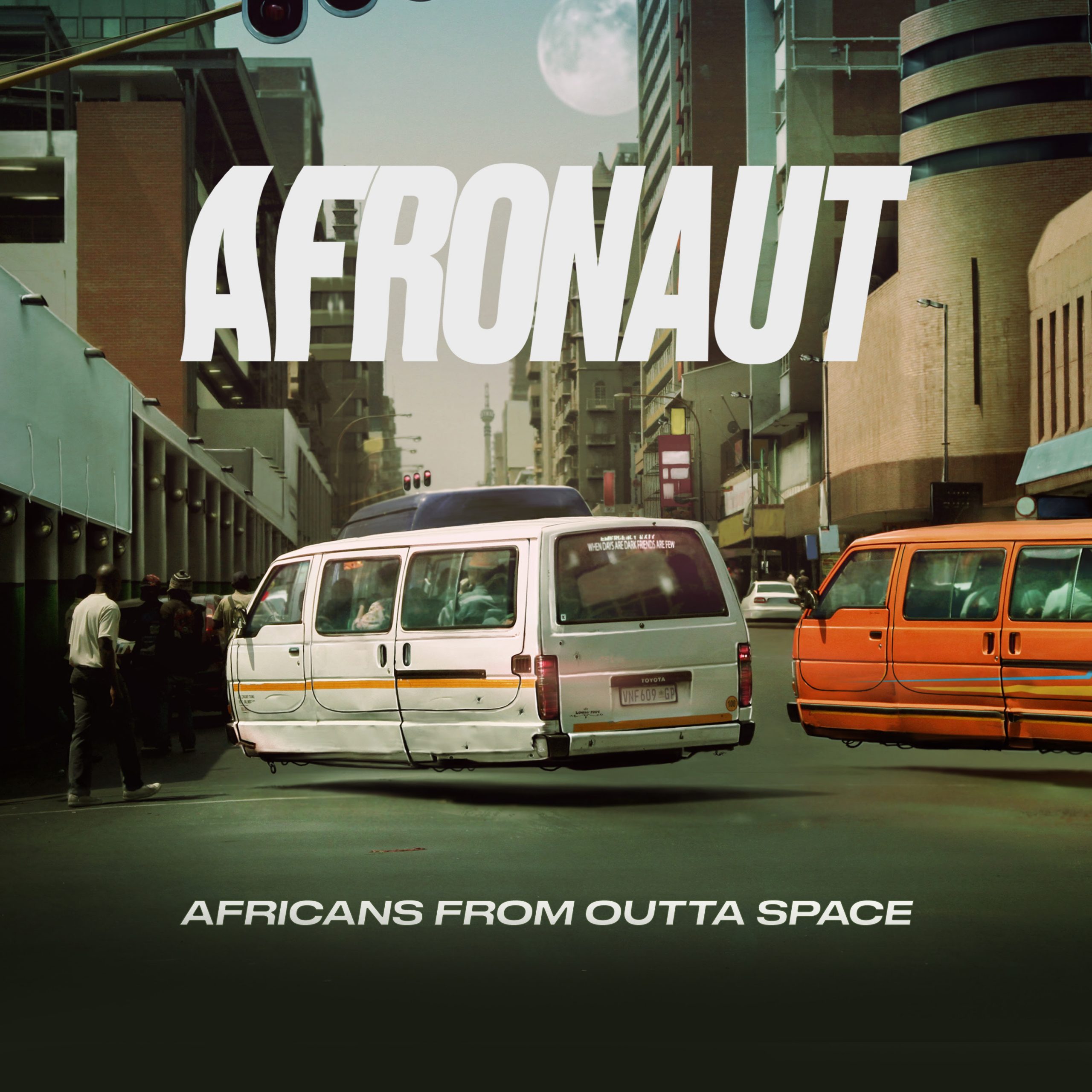 This is heard in the insistent melodies and catchy choruses of songs like first single “Birdhouse” which references the band’s formation and its members’ backgrounds, including Nkosi’s stint in the South African army. “When I was still in the army/everybody wanted something from me/it was crazy/now that I manifest music/nobody really wants anything from me/because I’m crazy,” sings Mahane over a jangling guitar pop melody. “Youthless” is a lament for the innocence of youth and features lines from the 19th Century poet Francis William Bourdillon: “the night has a thousand eyes/And the day but one”. The track also spotlights Mangwanyane’s tender violin playing which adds a poignancy to the track. “Hell For Sinners” was originally written as a rap, however, the track evolved with the making of the EP, becoming the record’s bluesiest track. The strangely spellbinding “Ghost On the Roof” captures Afronaut’s intention to “share how we go about our daily lives and our experiences with the world”. “Life Spiral sums up our history and our lives,” reveals Nkosi, “it’s about being diﬀerent and not fitting into a square, a box, or a circle— but about just being yourself.” This philosophy has seen Afronaut become one of the leaders of the So’ Punk—Soweto Punk—movement that is as much about music as it is about skateboarding and fashioning life in our country’s townships, two decades into the 21st century, during times of economic downswings and pandemics. “They are this wonderful blend of country, punk, soul and R&B coming out of Soweto. It’s an incredible sound,” shared Berk, and continued:

They came into the studio pretty raw and with a strange assortment of instruments that came together really interestingly. Fumez’s soulful voice, that he uses like a preacher, Thulas’s Velvet Underground White Light/White Heat guitar technique and, then on top of that, a violin.