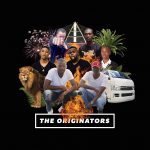 It’s been two years since the Gqom Oh! label released the compilation The Sound of Durban, a superb survey of the ferocious electronic music pumping out of KZN. Created by young bedroom producers in the townships and suburbs which ring the coastal city, and played on raucous dance floors and powerful taxi sound systems, gqom centres ominous drums and menacing loops. The aesthetic intensity responds to harsh social conditions, with journalist Kwanele Sosibo calling it “the CNN of The RDP townships”. But outside of its Durban strongholds, gqom was viewed with scepticism or even hostility, derided as the unruly proletarian step-child of upwardly mobile house and kwaito. Abroad however, it was recognised as an important new strain of dance music, with Rome-based Nan Kolè establishing Gqom Oh! as an international platform for Durban artists.

Locally, the musical landscape has shifted dramatically since 2016. Gqom inspired music is all over the mainstream, with self-styled ‘Gqom Queen’ Babes Wodumo even appearing on Kendrick Lamar’s massive Black Panther soundtrack. Such a cultural moment makes it important to recognise the potentially overlooked creators and places who originated the style. This latest five track vinyl (with four extras included on the digital release) surveys the past, present and future of gqom. The opulent cover art announces the project’s intent. The featured artist are placed among palm trees, taxis, Diwali fireworks and the Moses Mabhida stadium, highlighting the geography gqom has blossomed in, with roaring flames and a lion to representing its musical power.

Side A begins with DJ Lag’s ‘Daisies’. Despite his young age, Lag is one of the most prominent producers working, with his stunning music video for ‘Ice Drop’ being possibly the best visual document of the gqom scene to date. He is joined by the legendary Griffit Vigo, who escalates ‘Ree’s Vibe’ from a few simple beats to a sprawling sonic adventure.

The second side explores different shades of Gqom. Naked Boys hypnotic ‘Story Teller’, with its earworm hook of “what’s the story” represents sgubhu, the hybrid gqom-house style which is all over the radio. Rude Boyz end the vinyl on a stirring note with the imaginative ‘Umshudo’. But the real stand out is Sbucardo da DJ‘s ‘Iphoyisa’, with guest vocalist Abnormal laconically reciting the Zulu lyrics “We at the club, Mr. Policeman don’t disturb us”. Built on top of a sinister synthesiser loop, it reflects the key influence of rap on the evolution of gqom.

With worthwhile bonus tracks by the same artists on the digital release, The Originators is another excellent work by Gqom Oh!, showing both the roads the genre has taken and what future horizons it may looking toward.

As an exclusive, Bubblegum Club readers can stream the compilation for a limited time below, with both formats available for purchase at Bandcamp. Keep the gqom fire burning!