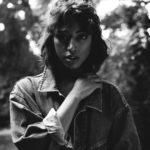 Birders of Durban feel shame no more. No longer shall Durban be known as the city with the world’s most annoying bird, the Indian Mynah, but instead, as the city that produced the songbird Red Robyn. Okay, so, Red Robyn is not red, or a Robin, or a bird at all. Obviously, why would I be telling you about an actual bird? Sorry Durban birders, you still have nothing to be proud of.  She is a songbird, though, or a songstress, I should say, and one you wouldn’t mind hearing at the start of each day. Or during the day. Or at night even. Like, literally any time is good.

What are you doing right now? Here, listen to this…

How nice was that? How playfully and succinctly does she just cut down the immature boy the song is aimed at. “I’m too old to play with toys, flowers in my hair, ain’t got time for do or dare, oh the shit you’re giving me is just too much and I don’t care, boy”. It would be brutal if it wasn’t wrapped in such vocal sweetness.

The 21-year-old from Wentworth has a way with words and deftly uses cadence to back them up. This could be because of her background studying drama and music at UKZN, but Red Robyn, real name Ashleigh de Gee, has been musical her whole life. She’s been singing since she was a kid in the choir at church and with both her mother and father being musicians and her grandfather being in a band when he was younger, it’s safe to say that music is in her family.

The singer is not just a singer but an academic too. She’s currently working on a research paper in deconstructing the coloured identity. Well, she’s currently taking a break until next semester, with this semester being spent on making music. I got to interview Red Robyn a few months ago but it never got published. In our chat, she explained to me what lead her to her topic,“For me, it came from a point of searching for my own identity. People would always ask me, especially in high school, “What are you?” I feel like that such a weird question to ask someone, “What are you?” It came from my own sort of searching within myself to try and find my own identity.”

I followed up asking her what was the most interesting thing she’d come across in her research? She told me, “The thing that fascinates me is that this generation of coloured people is starting to ask questions. For a long time, I think that coloured people have just accepted the way things are and there’s a generation that’s come out now who are asking questions about their heritage, and they want to know more and do better than the last generation. They want to succeed. There’s a lot of good coming out of being displaced. Just claiming our heritage and claiming our culture.”

As a white dude, I obviously don’t really know anything about coloured identity. I know that representation matters and that the work that Red Robyn is doing, both on-stage and off, is important. With coloured Cape Town artists like Youngsta, Patty Munroe, Dope Saint Jude and Isaac Mutant getting well-deserved national and international recognition, it’s time for young, fresh coloured artists from Durban to also get some shine.

Red Robyn will no-doubt get the recognition she deserves soon as she’s fast making herself the queen of collaboration in Durban. The groovy track you heard above is with shit-hot producer MISSU (I interviewed him for Noisey if you’re interested), and they recently teamed up again, along with trip-hop producer Tre Flips, on the deeply romantic and heartbreaking ‘Colours’. Last week she dropped a soulful number called Taekwon with her boyfriend and bandmate in the phenomenal jazz collective Blvck Crystals, Jaedon Daniel. You can hear it below. Her soundcloud is littered with cross-genre collaborations, and last night she let her Facebook fans know that she and Jaedon will be putting out a mixtape, and that she’ll be dropping collabs with Skata, Taylor Made, Easy Freak and Joe Music soon.

I recently wrote that Red Robyn and Jaedon Daniel are part of a new wave of “young, independent, forward-thinking Durban musicians building themselves, and each other, through collabs with like-minded individuals.” But more than that, I think Red Robyn could be one of the prominent faces of this new wave. I guess time will tell, but for now, keep an eye and an ear out for the sweet-voiced songbird from Wentworth.

Two Trees // An evocation of feeling and memory