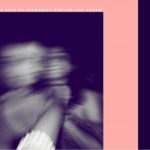 With the release of his second EP Abyss, Joburg-based producer sixghost continues exploring the dark, brooding sound he established on his debut EP Oblivion. “It’s titled Abyss because it’s a continuation from Oblivion where it seems I’m going deeper into the mood of the whole sound that I’m going into, that I’m trying to establish,” says sixghost.

While he started his path in production in 2011 when a friend introduced him to the production software Fruity Loops, last year saw him adopting the sixghost moniker and focusing more on his music. “I started taking it very seriously in 2016. That’s when I also released my first EP.” notes sixghost.

His uncle played a large role in his early musical education. “I was mostly surrounded by the blues & soul music – The O’Jays, Lenny Williams – because of my late uncle. He used to listen to a whole lot of that,” sixghost remembers. His contemporary influences are the likes of Dre and Vidal & Illangelo, while The Weeknd has had largest impact on him as a producer. “The Weeknd is my biggest influence in the music that I make,” he says.

Moody with sombre vocals, he describes his sound as ‘dark horse’. “I have this saying that I don’t ride waves, I make them. So the horse is actually my wave and the darkness of it is the sound,” sixghost explains. With lyrics that deal with sadness and depression and a heaviness in his beats, this darkness is evident.

Working with a wide range of vocalists, sixghost isn’t afraid to approach someone with a totally different sound. “I’m like ‘let’s collab’ and then I bring a beat and they bring the lyrics and we just come together,” sixghost says. More recently he has become a member of the Woke Arts collective which has opened up many opportunities for collaborations. “A lot of artists that I have been working with now are from this organisation called Woke Arts. So that’s where I get most of the guys that are collaborating with me now.”

Abyss is a two part release with part one being the darker of the two. “With part two it will be just slightly lighter because of the change in sound. This is like settling into the mood of the darkness, the dark sound,” sixghost explains. As part of the release he is also working on a show. “There’s a set that I’ve been trying to put together. I will be performing it live pretty soon. It’s going to be quite an experience because there’s a lot I want to put into this performance.”

After part two of Abyss is released sixghost will be dropping another EP, although it is still to be named and the direction isn’t fully decided yet. One thing is certain though, sixghost will keep pushing the limits of dark horse. “It’s gonna be quite experimental. I’m not gonna conform to anything. It’s just gonna still be me. Still gonna be my signature sound.” he says emphatically.

Francis Jay Makes Music to Break Up to

Nodiggity are Audio Visual Curators for the Lovers