“‘And it is not just their art, not just the bibelots, all the gilded stuff from tables and mantelpieces, but their clothes, Emmy’s winter coats, a crate of domestic china, a lamp, a bundle of umbrellas and walking-sticks. Everything that has taken decades to come into this house, settling in drawers and chests and vitrines and trunks, wedding-presents and birthday-presents and souvenirs, is now being carried out again. This is the strange undoing of a collection, of a house and of a family. It is the moment of fissure when grand things are taken and when family objects, known and handled and loved, become stuff.’

This is Edmund de Waal in The Hare with Amber Eyes imagining the Gestapo’s raiding of the Palais Ephrussi, his ancestor’s grand home on the Ringstrasse in Vienna in March of 1938,” writes Terry Kurgan on page 244 of her book titled, EVERYONE IS PRESENT described in the synopsis as part memoir, part photographic analysis and part travelogue.

EVERYONE IS PRESENT becomes a familial and generational remapping in which Kurgan attempts to connect with her family’s troubling past that was seldom spoken of. Though Kurgan’s depictions do not follow a consistently linear path, style is used to such an extent only to enrich her offering that is both personal and an astonishing insight into photography delivered in a poetic tone.

The setting of her part memoir is that of the early years of the Second World War and her family’s plight to escape Europe during Nazi occupation, traveling from country to country until they reach Cape Town, South Africa – not their intended destination.

But much has been concealed from Kurgan; in order to reconnect to her past, she delves into her late grandfather’s eloquent journals hoping to weave herstory together in a fuller, more satisfactory way, this book then becomes almost a way of seeking closure and therapeutic release. And so, we are taken on Kurgan’s familial journey expressed textually with journal inserts, personal observation, hope, desire, wish, speculation and analysis of family portraits mostly taken by her grandfather, Jasek.

Image choice is striking, conveying almost always so much more than the viewer realises even upon close examination. Kurgan places each image on her LCD screen at home and zooms in pixel by pixel searching for meaning and a way in which to position herself within these images, these worlds and lives now long lost. The images collated in the volume are of great interest as although they were taken by an amateur photographer, they in fact predate the tradition of candid family portraiture and in that alone Kurgan finds immense meaning in her mediations.

It is as though Jasek intends to use his lens when he feels powerless, when he is excluded or has the need to understand what he is looking at. The powerlessness is conveyed by Kurgan at the start of the memoir when she speaks about the photograph of her grandmother and Doctor Lax with whom she had an affair, then lensed by Jasek, as though he wishes that he was at Tusia’s side in his place. Again, he uses his camera to photograph passing men in the street, his last look down from his apartment balcony before he must flee his home and is always, just a day ahead of the Nazi onslaught.

Throughout familial relationships are strained, particularly mother and daughter relations running back all the way to Kurgan’s great grandmother Roza. Leonia experienced not being loved growing up and in adult life, after the passing of her father Jasek, she decides to have his diaries translated. Kurgan remarks on this, “My mother was hoping to find in them somewhere the firm evidence that he loved her, I think.” Her book, to all the women that feature in it becomes a story of searching for love. And though we are introduced to all the main characters of this tale, I cannot help but feel that I do not know these women, they feel detached, vain, spiteful. I know Terry and I know her mother Leonia but mostly, Kurgan only allows us to meet Jasek and see the world from his view. I feel limited in my ability to know these characters. It is however important to note that I believe that Kurgan has purposefully written her memoir as such as she may be shielding parts of herstory that are raw and personal in nature.

Jasek was at heart a scientist with personal beliefs in conflict as he belonged to a society of mystics named the Rosicrucian Order which was established in late medieval Germany and even as Kurgan watches her grandfather age he does not change. On his deathbed, having been diagnosed with terminal cancer, Jasek drinks his own pee regarding it as the same concept as giving a plant compost. Both the scientist in him and the mystic in him step afore here when Kurgan so abruptly opens her story with this initial tale and we know that this is only the beginning.

Her book takes her reader to many places over the globe and begins at her family’s most beloved holiday spot, Jasny Palac Hotel in Zakopane, a mode holiday resort and mountain spa, popularized by academics, artists, thinkers, architects and more that frequented their leisurely time there – it was regarded a place of healing due to its mineral rich hot springs and thermal pools. Kurgan paints for us the photograph of her grandmother, Doctor Lax and her daughter here and as much as she pleas to sit inside of the photograph, on the bench that occupies the background of the image, she cannot. Simultaneously Kurgan is angered by the affair, the secret smeared in the image.

Kurgan’s great grandmother Roza, she explains was a narcissist who, as depicted in the book, did not attribute any value to a woman without a man. Here comes in a revolving theme throughout the personal text, that there was immense rivalry between mother and daughter, Roza and Tusia. Keeping the topic on Roza for the moment, Kurgan examines her Aliens Registration document and comes to some noteworthy conclusions. Roza is enraged, enraged by her statelessness in this document created in order to ‘other’ her and to classify her according to race; added to this is the fact that this document points to her recent widowhood. As Kurgan articulates in EVERYONE IS PRESENT:

“There is so much violence and diminution embodied in the detail of this document. From the rusted staples that so painfully penetrate the chest area of Roza’s photographs, through the abjectness of the record of her last known residential address- a hospital for infectious diseases in Mombasa- to her recently acquired status of widowhood, which to her meant being a woman without any value in the world, to the always fragile instability of her claim to her original nationality and home.” She continues:

“I imagine Roza as she faces the photographer. She has no say in the making of this version of herself. She is instructed to remove her jacket, and her dark, heavy-lidded eyes seem bottomless and very sharply focused. Her head is tilted up and her tightly drawn lips are at the very edge of a sneer. She knows that these identifying images are going to be attached to a document of discrimination, and Roza is angry, Roza is furious. She doesn’t entirely submit to the misery of that profile shot, and the force of her rage pierces through the image, pushing back at the humiliation and indignity of this process.” 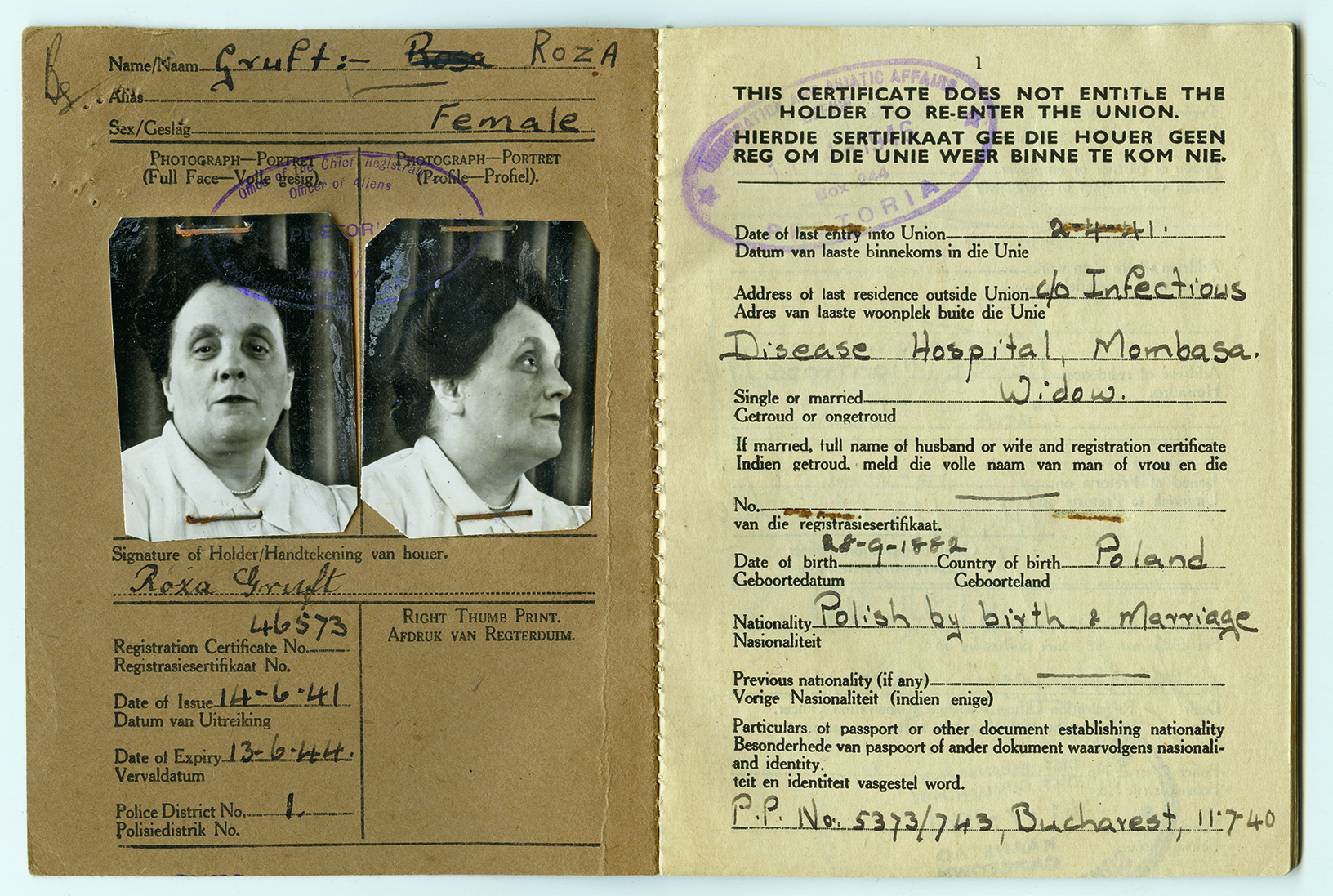 One of her photographic observations that strikes me most, lay in this quote, “In stopping to look at and then buy the photograph perhaps my grandfather was laying claim to his right to walk along this street like those men in the far distance. Marking his presence, asserting the opposite of his diary or what his dreams told him, that he did not belong in this city, in indeed in a city anywhere in the world,” (in reference to an image of Jasek and Sophie his other daughter).

In her writing, she explains at her book launch, that the Holocaust is deliberately understated. Kurgan’s book ventures down many a history/herstory rehashing, reworking. She tells us about Roza’s diamond bracelet (captured in Tusia’s anniversary portrait) set down as surety time and time again as the family makes their way across the ocean. She tells us of her grandmother’s vanity and the complex relationship that she shared with her own mother who had a tendency to change her mind while translating from Polish to English for her or even to deeply analyse each thing she said as a child.

This wonderfully humorous, sad, emotional and riveting take in which Kurgan aims to reconnect via many means with her family – journals, Google street view images of the apartment where her grandparents once lived, an actual visit – revolves around the world of photography. In essence, her offering can be classified as a study of the effects of early childhood on later life but is principally about photography and the meaning that we can attribute to it by looking into the history and politics of personal and private space. This space is private, public, familial, generational, domestic. 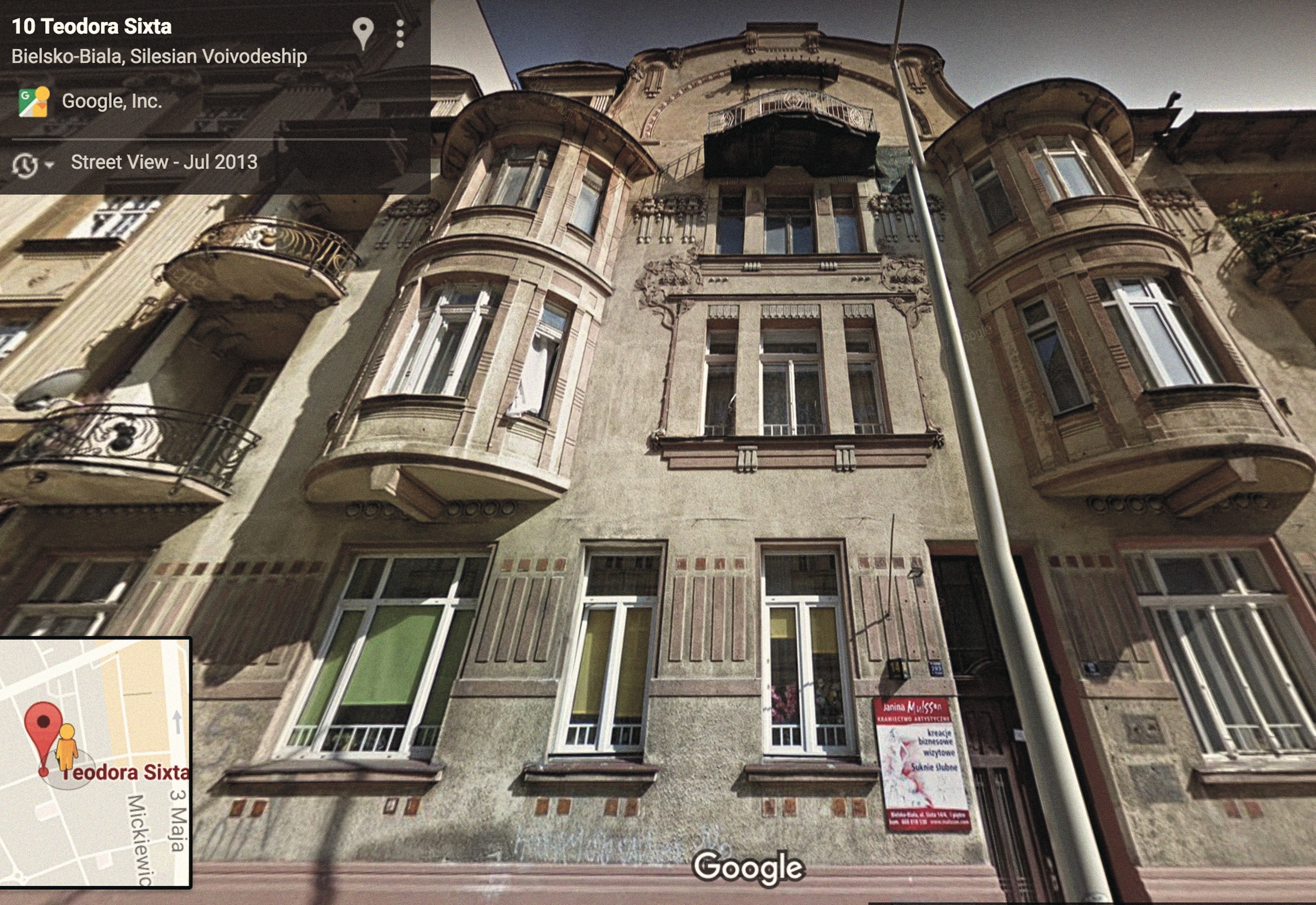 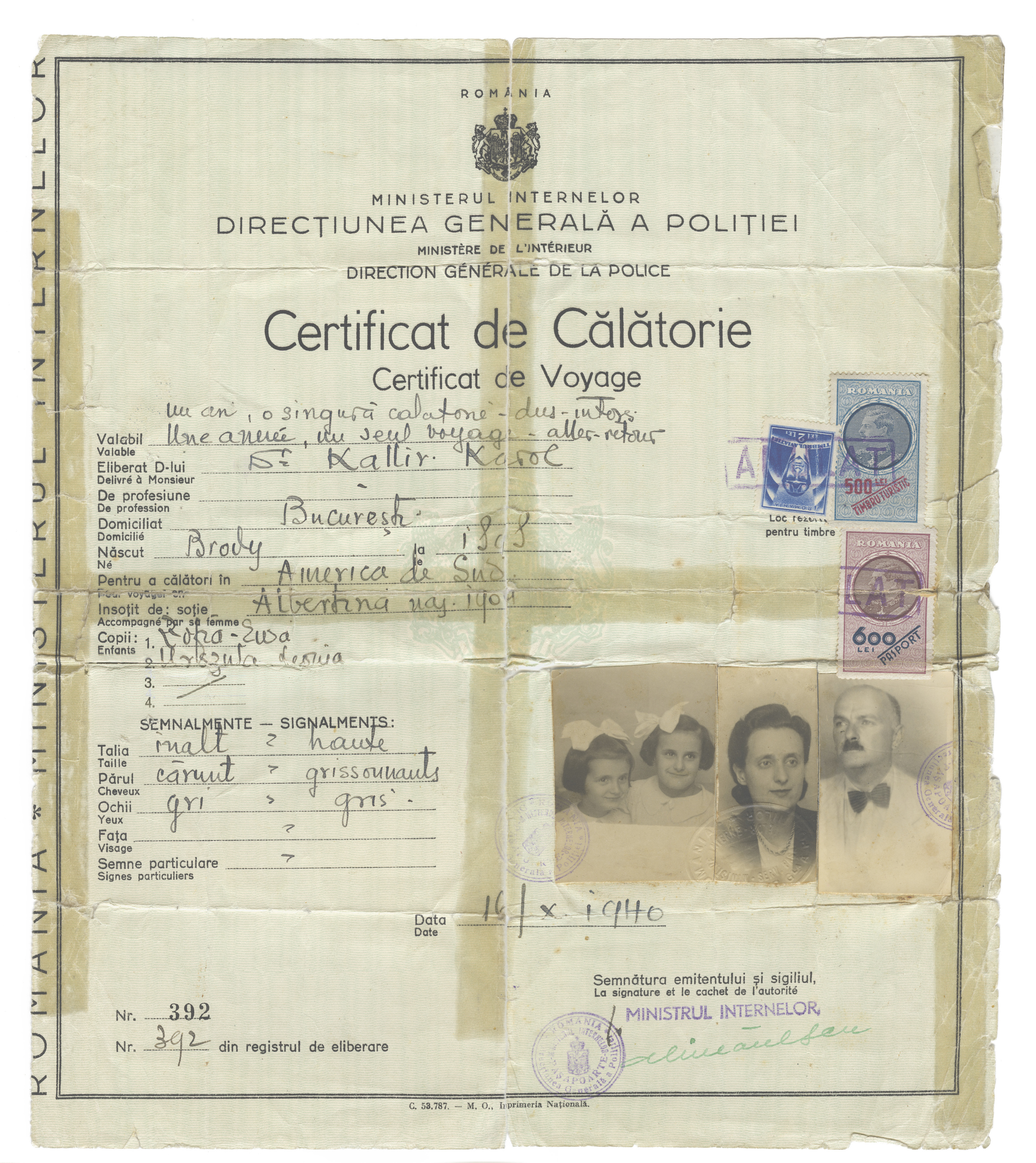 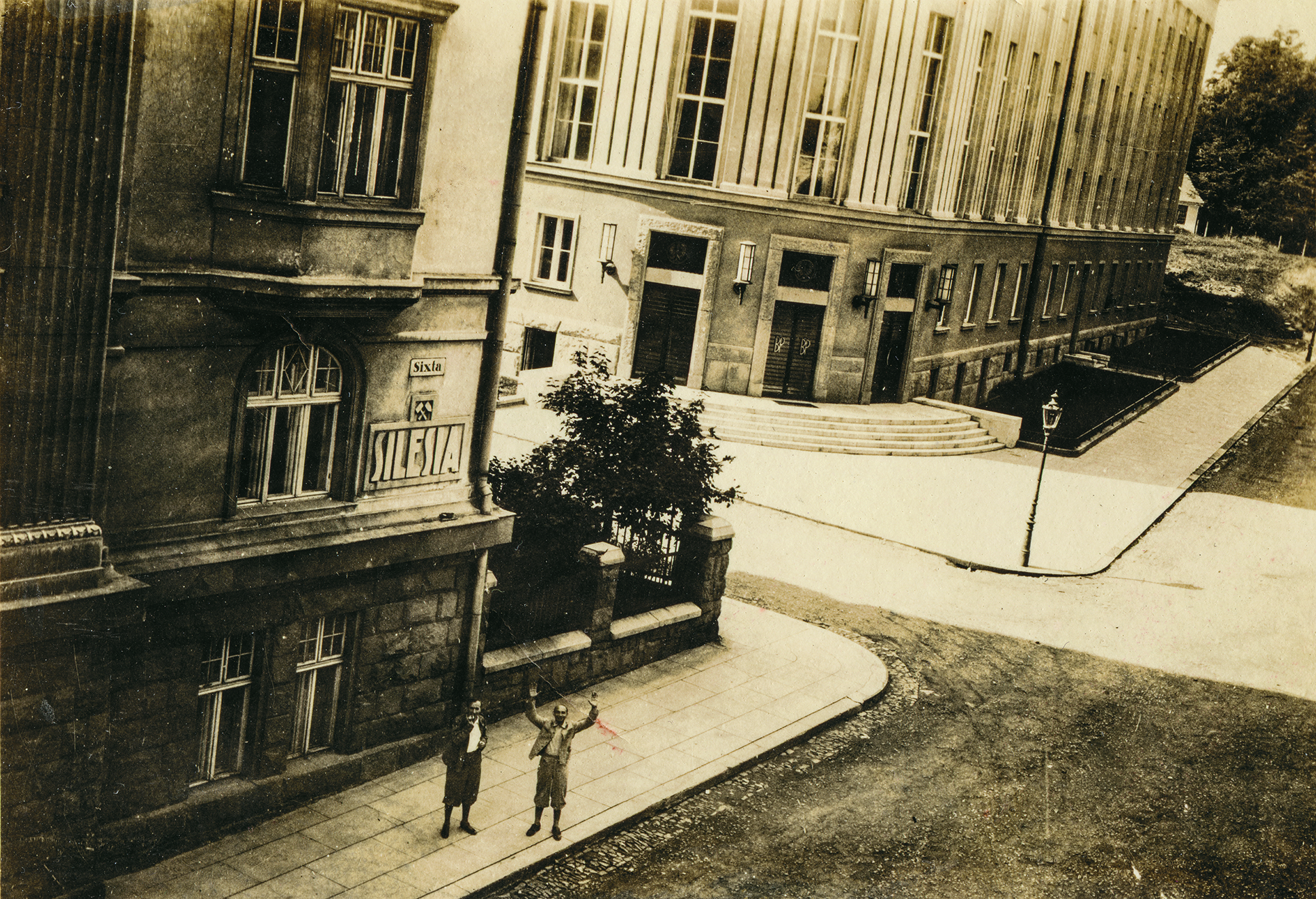 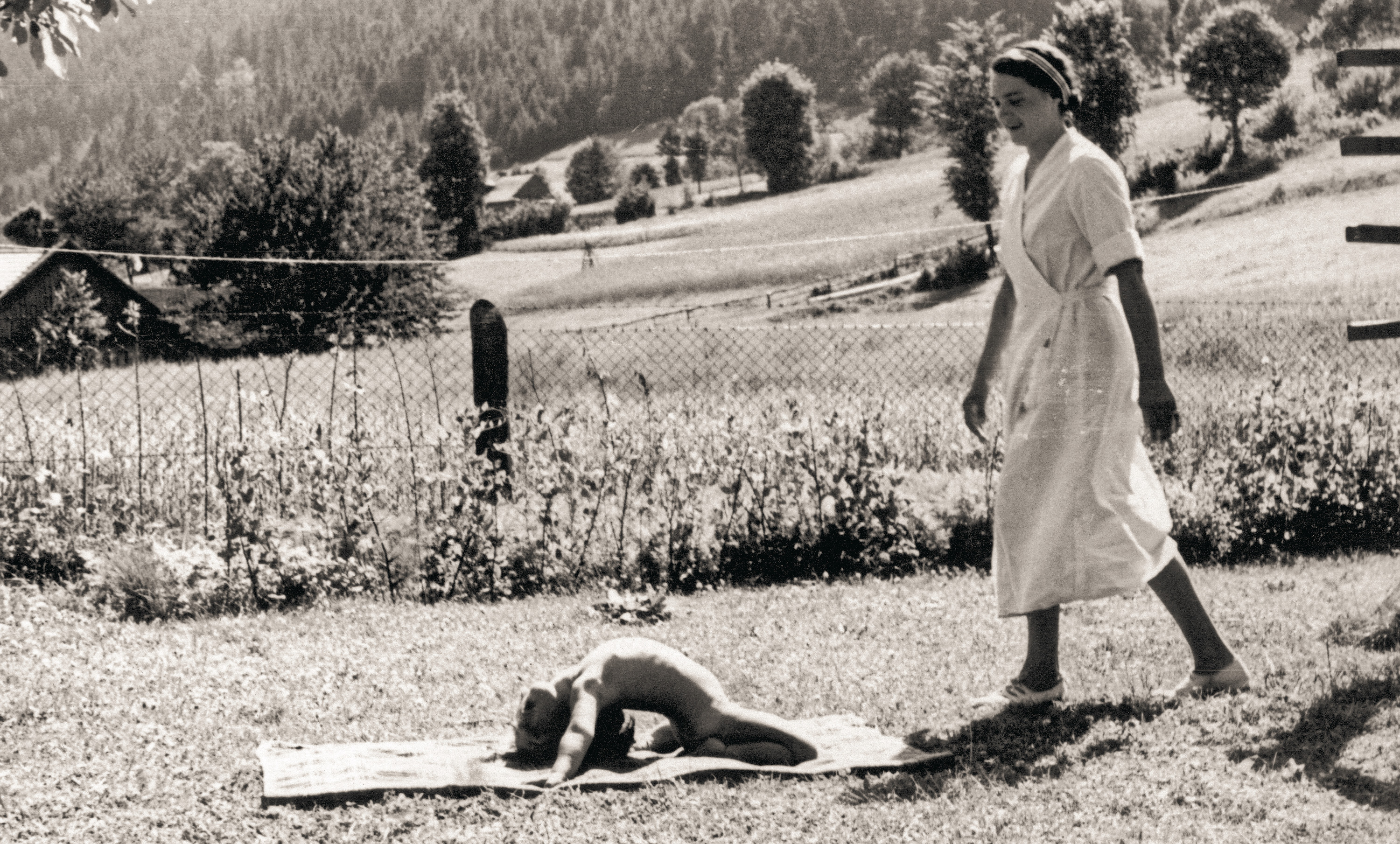 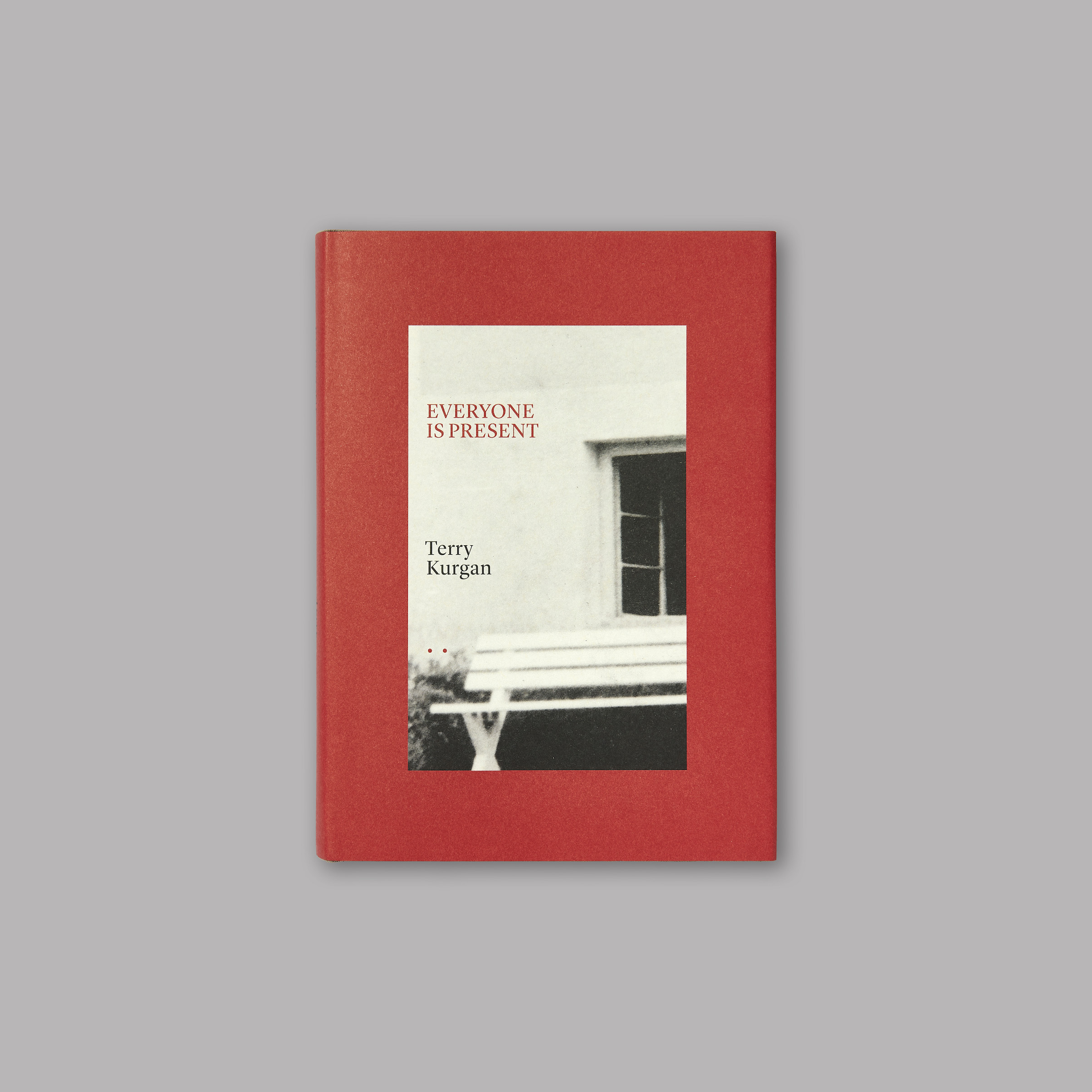