Drawing as praxis, drawing as axis | I draw, therefore, I think - Bubblegum Club

For as long as we have been able to articulate ideas to each other, we have wrestled with conceptions of humanity. Even to say “we’’ — suggests a shared knowledge and shared understanding that I cannot be fully behind. For Descartes (be)ing, and therefore humanity, was linked to the faculties of his mind — I think, therefore, I am. One is, to the extent that they are conscious, or at least, to the extent that they perceive themselves to be conscious, he offered!

And of course, many more thinkers have offered possibilities of articulating the fundamentals of being, long after Descartes.

For Sylvia Wynter, the Jamaican thinker and novelist, humanity needed to be uncoupled from the model of the Vitruvian Man (read straight, white, able-bodied, middle class, educated man) towards decolonial scientia — which is an understanding of humanity containing both biological and cultural aspects — while also destabilising theories of being that are rooted in colonial thinking. On the other hand, German thinker Hito Steyerl warned us about a humanity consisting of “scantily dressed degree-holders with jolly smiles enhanced by orthodontic braces,” while the anarchists dreaded the idea of a humanity devoid of passion. 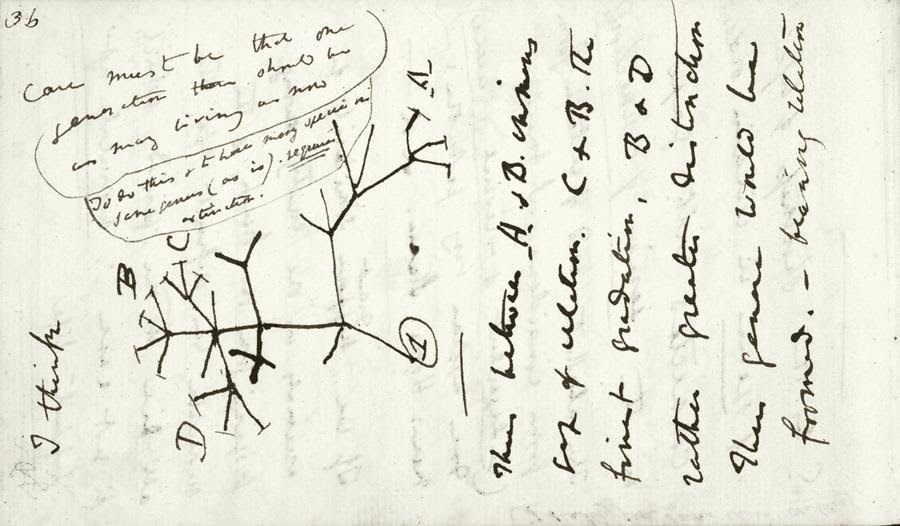 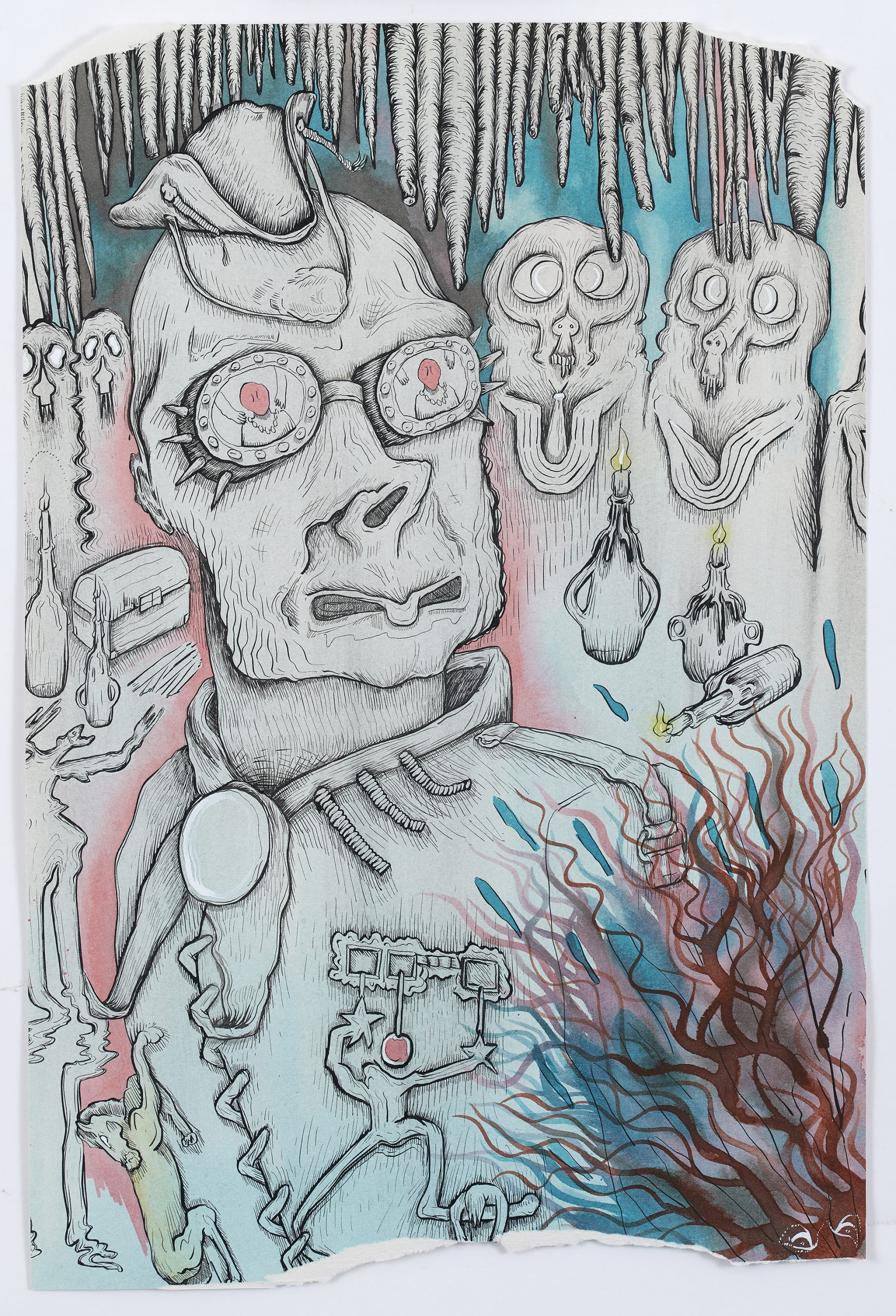 Through the first in a series of curatorial projects initiated by the SOUTH SOUTH platform, artist Jitish Kallat has curated a drawing project centred around the proposition, “I draw, therefore I think.” Beginning with Charles Darwin’s 1837 Tree of Life sketch, where the naturalist penned — perhaps for the first time — his theorisation on the origins of species. The project considers the relationship between sketching and thought, reflecting on the symbiotic relationship between idea and image and vice versa.

“I think” can be read as an assertion to the act of directing one’s mind towards something but it can also be read as belief, a prelude to one sharing their opinions. In this project, Kallat invites us to consider whether, “Darwin first wrote the words ‘I think’ and then — when words could not capture his emergent thoughts — proceeded to draw, or if the drawing preceded the words,” and to reflect on whether a shift in directionality between the two is of any consequence?

Bringing together 60 artists and 28 galleries in 29 countries, the project can be experienced through an online viewing room on the SOUTH SOUTH platform as well as through an interactive Miro board, where audiences can engage and collaborate in real-time. Participating artists include; Pamela Phatsimo Sunstrum, William Kentridge and Yuan Goang-Ming among many others. 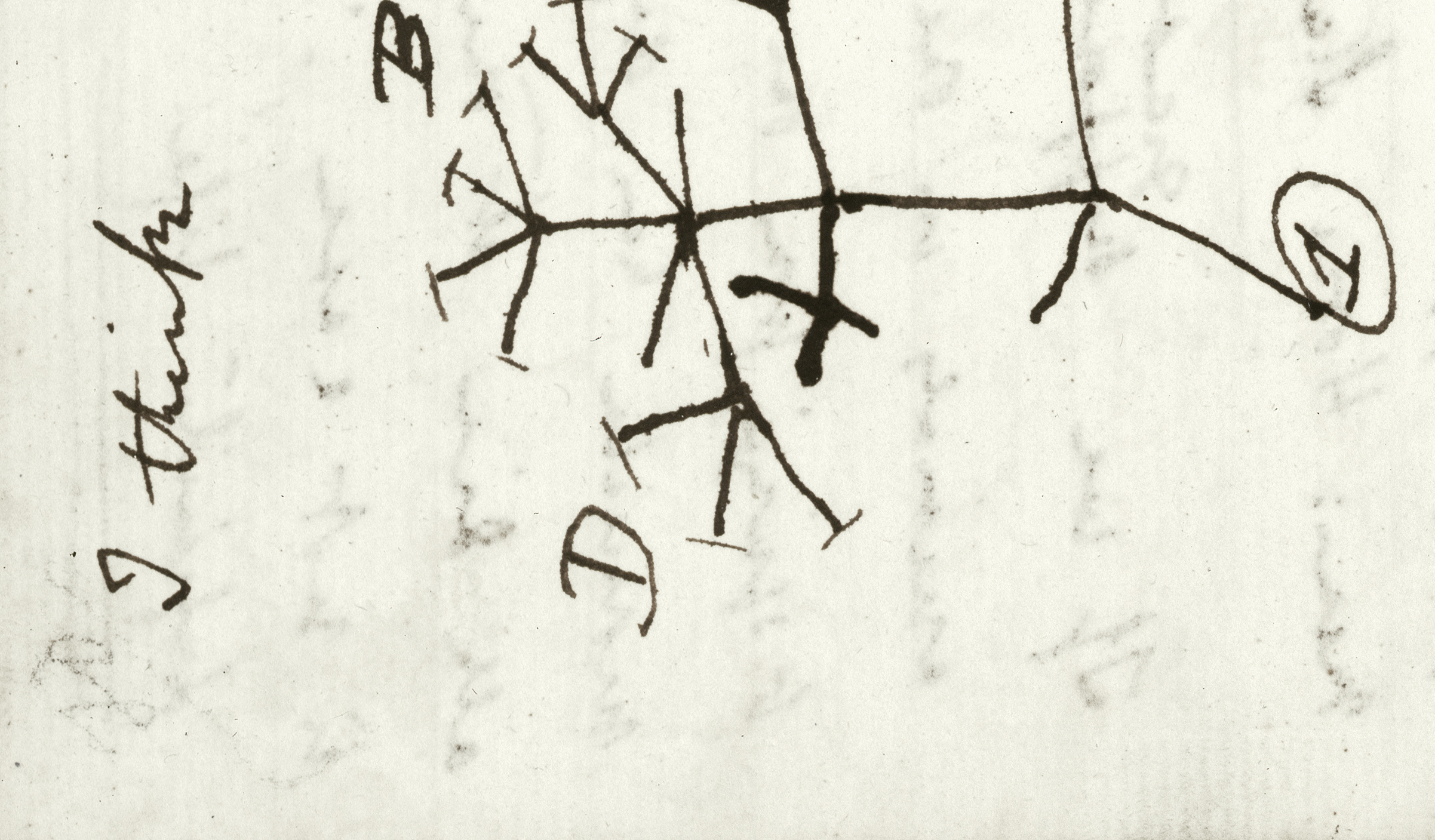 Reflecting on the intent and concept of the project Kallat notes:

The thought at the heart of this project is to hold that Darwinian drawing as a lens to really think about the vitality and potency of drawing today. But equally to look at that drawing for what it is, and really ask the question — What does it mean to really think about evolution today, our shared origins, common inheritance and descent?….. Especially at a time when we find ourselves in a deeply divided world….And really to reflect back on thought and thought that is almost an emergent phenomena.

On the 23rd of October, a 12-hour interactive drawing event will be staged on the Miro board with 8 of the project’s participating artists, including Nikhil Chopra, Hung Fai, Wai Pong-yu, Shamilla Aasha, Nolan Oswald Dennis, Eimei Kaneyama, Jiieh G Hur and Emmie Nume. The event will offer audiences an opportunity to engage their own curiosities in practices and methods of drawing and making.

Audiences can register here for the online drawing event. 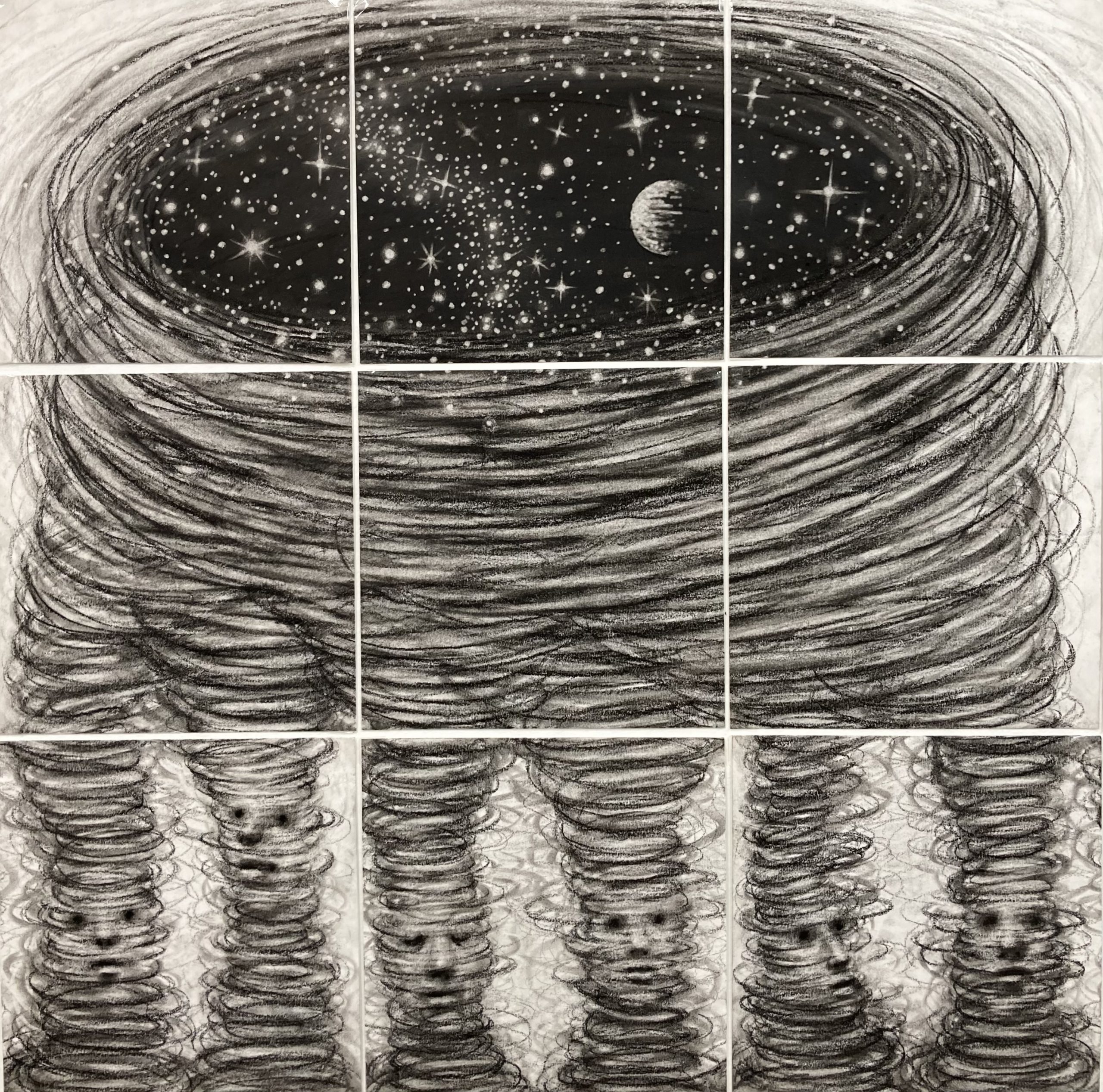 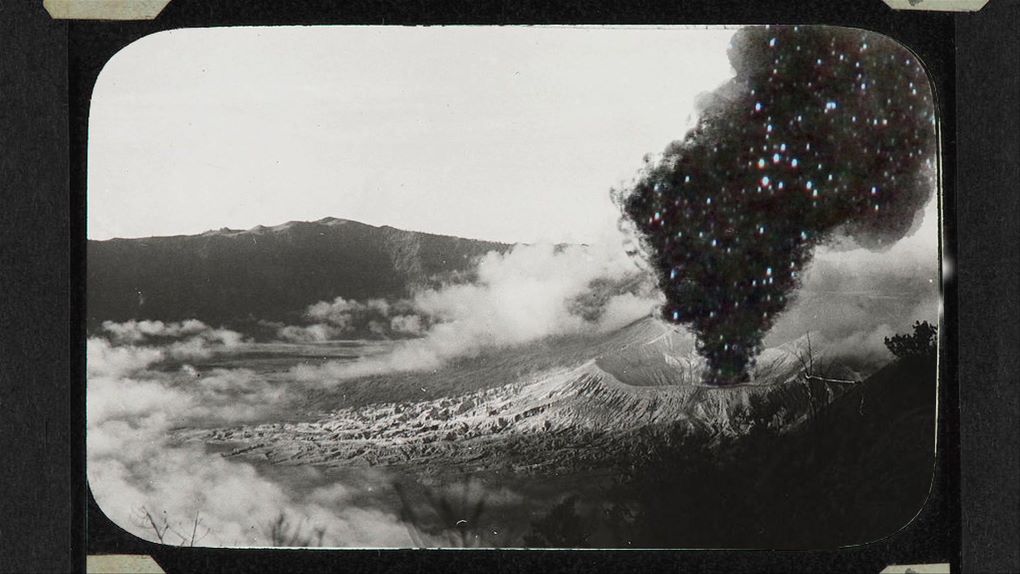 Vivienne Shark LeWitt, sketch for A Penny for Your Thoughts, 2017. 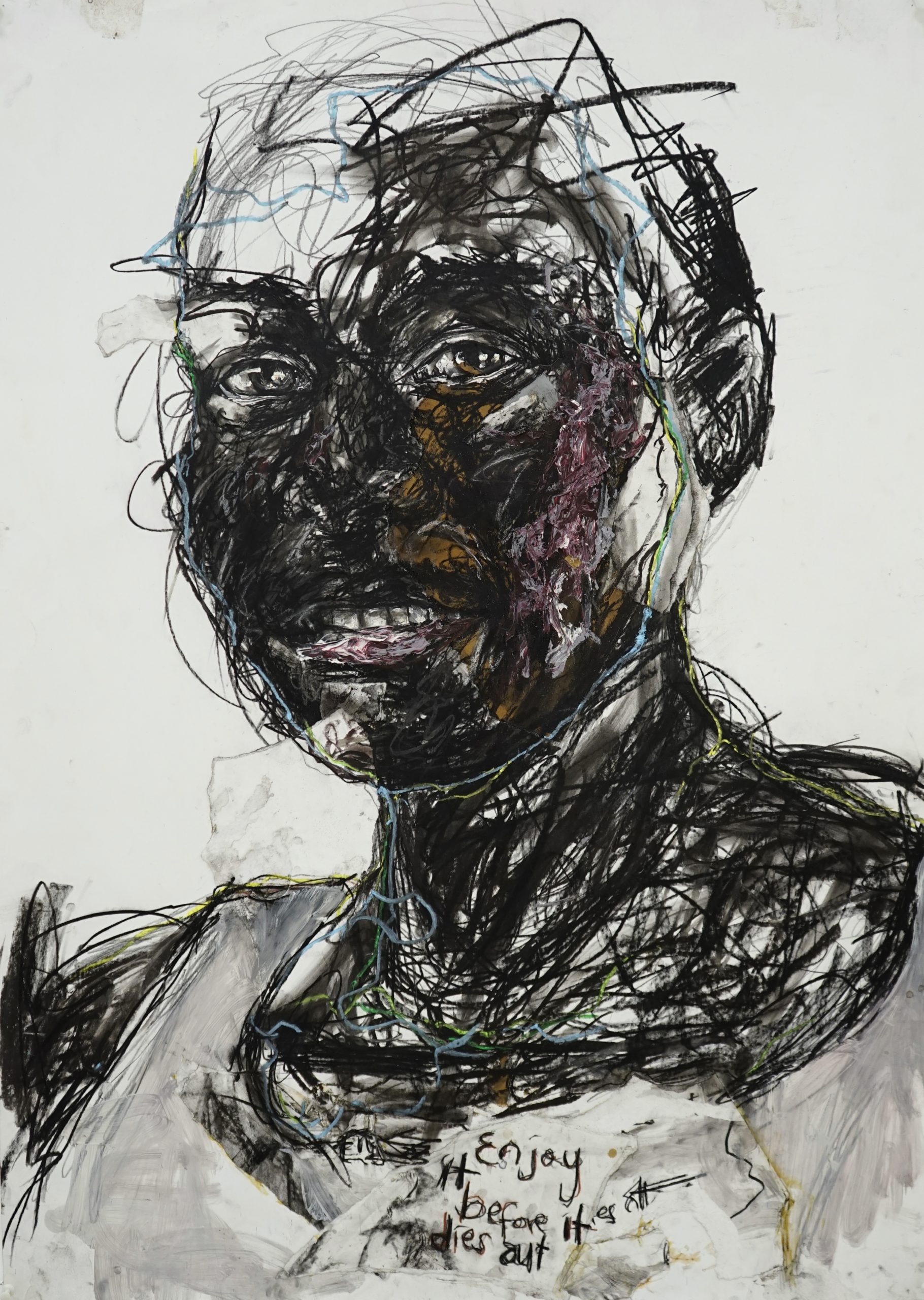 Celebrating the creation and access to African Knowledge with #WikipediaByUs