Warm Water Imaginaries is a solo exhibition by Penny Siopis hosted by the Stevenson, Johannesburg with the intent of investigating climactic change as well as the migration of ideas, objects and people across the Indian Ocean. Imaginary worlds are constructed in paint, object-assemblage and film in response to the histories and intricate social and geological now. Works on display rather act as suggestive of imagery and text related to climate change than explicit renditions of such depictions adding to the multivocality of the presentation.

The exhibition opens itself up for audiences to explore their own imaginings prompted by the materiality of the works and their lively implementation. On these imaginary worlds Siopis elaborates “…if the materiality in the paintings is the medium of glue and ink, and the coloured deposits these leave on canvas or paper suggest an image as a function of the human brain shaping formless matter into form – especially when seen in vertical relation, as on the gallery wall – then the pictorial space created through this dynamic becomes the space of fiction. Art is fiction. And fiction is the sphere of climate change that I work with.”

Little paintings are mounted and placed marginally away from the wall airing the objecthood and materiality that becomes so central to the show. The foundational elements of each piece consist of glue and ink creating illusions of movement frozen in place and physical object reminding one of a membrane-like plane. Some older surfaces are made new with active manipulation.

Yet something appears to be suppressed in their footing. “The process of seeing the ‘something’ emerge meant being hyper-open to the myriad associations of the medium; to the viscosity of the glue and how it captures the movement and vibrant colour of the ink, and what happens when oil paint joins the fray with its particular opacities and transparencies, slipperiness and crustiness.” The remnants of process leave imperfections that posit shaky barriers rendering the depictions difficult to read in terms of where the edges of figures and shapes lie.

“With the series of small paintings, I wanted to create a space that felt unreal. Something like the feeling of being in an aquarium, where light is contained and where flickers from water worlds are illuminated. These hold internal light, like the way some creatures at the bottom of the sea possess internal lights to guide them in the dark deep down (see the book The Deep on the bookshelf in the last room). I wanted an underwater feeling which is also like a dream. Something you are ‘in’. The room’s echoey-ness, and reflections on the shiny floor, make the little worlds that sit beside each other something other than paintings. Their sense of being endless (there are many works), with borders constantly adjusting through the movement of one’s eyes, the scenes of disaster and love, trauma and wonder, ring of now and long ago.”

Material incidents lend themselves to the narrative trajectories of critical theory, philosophy and politics from which varying states of being have the possibility of coming together as real, imaginary, dreamlike, historical or mythical.

Scale plays an important part in the show with works read intimately. Microcosmic lives become macrocosmic realities. Earth-shattering red clumps and streaks of orange crash into tinges of heavenly blue. The varying elements are amalgamated and placed side by side in an installation speaking to one another and acting in relation to one another.

The show expresses itself as an extension of Siopis’ curiosity into the life of non-human matter which includes the weather and experiences with creatures. Labelled as ‘viscous imaginaries’ the works’ physical state holds traces of a state of instability.

Warm Water Imaginaries expresses fusion rather than dichotomy. With global warming, what do we imagine? Burning? Drowning? Absolute alterity? And what forms – or formlessness – do we imagine this through? 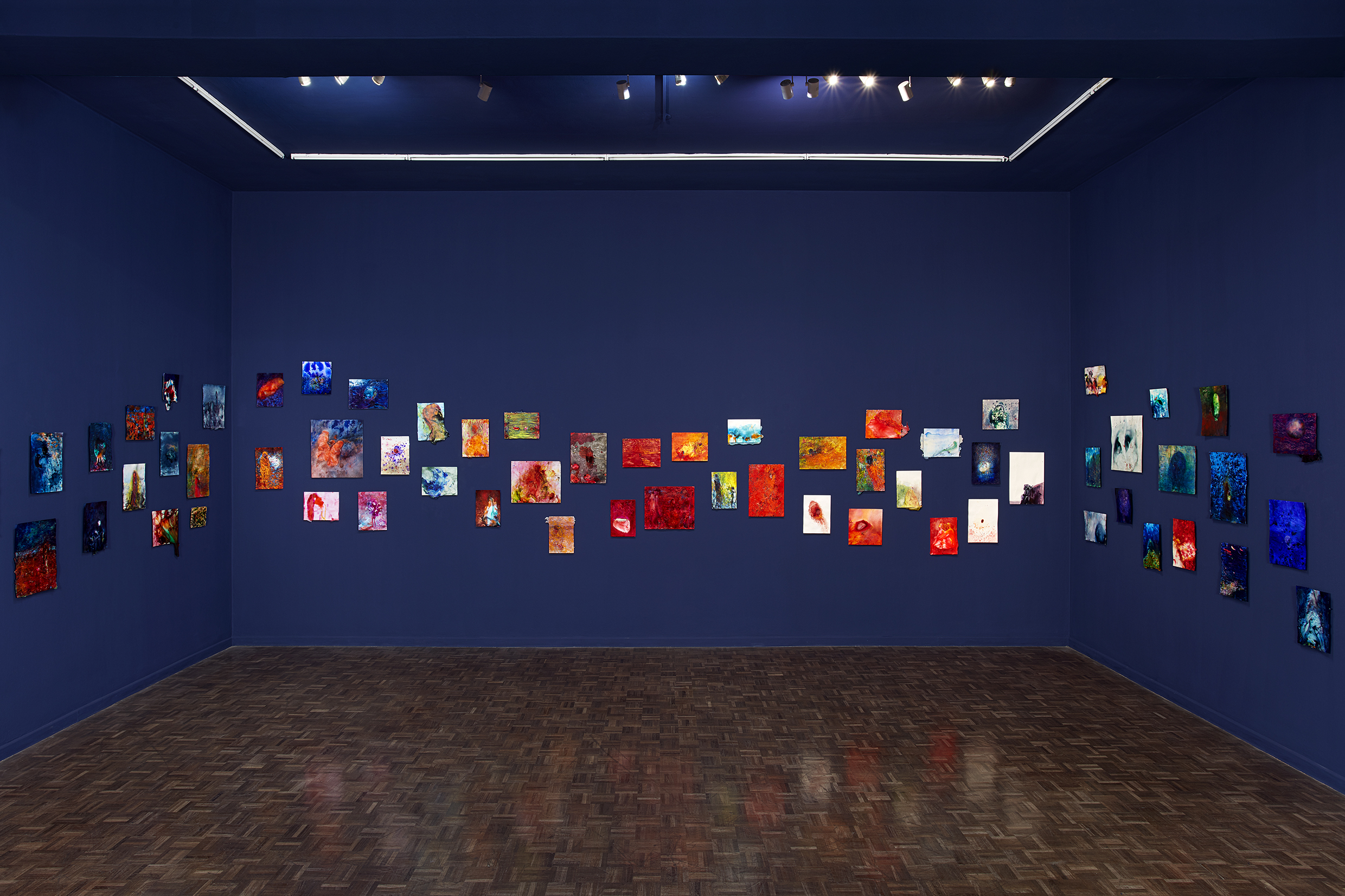 What happens when the DA pot calls the ANC kettle black?