Working through seed, land and food from a socio-political perspective; Zayaan Khan turns to the earth as her source of knowledge, weaving together an astounding and continual offering of reclaiming indigenous food practices and food justice while critiquing our collective dependency on neo-liberalism. I was first introduced to her work a few years ago with the conceptual and practical “Apocalypse Pantry” – read about it here, a stunning conceptualisation embedded in our local consciousness

The Apocalypse Pantry was an expressed experience of relations between senses of the gustatory, visual, olfactory, auditory and kinaesthetic. This thread of challenging the boundaries of physicality and environmental relationship has continued into Zayaan’s work today, an ever-changing and emotive declaration from the ashes of the atomic fire of existence—a gentle sword of pointing to the roots of our interdependence with All of Life. We are intimately and intrinsically tied to the soil of the earth, and thus, accessibility to food and nourishment has been perhaps the most weaponised and politicised baton that we have been bludgeoned with – across the varying and divisive spectrums of classism, racism and privilege. Zayaan’s work is a call to action and to understanding the reverent interconnectivity that human beings have with the ecological environment around us. This was an inspired conversation to have. There is a passion and authenticity within Zayaan’s voice which lends itself to instilling the idea of a return to Nature and the revival of indigenous knowledge, as being incredibly rewarding work intended for us all. Work with the capacity to heal us from the neo-colonial distortion that we co-exist with. 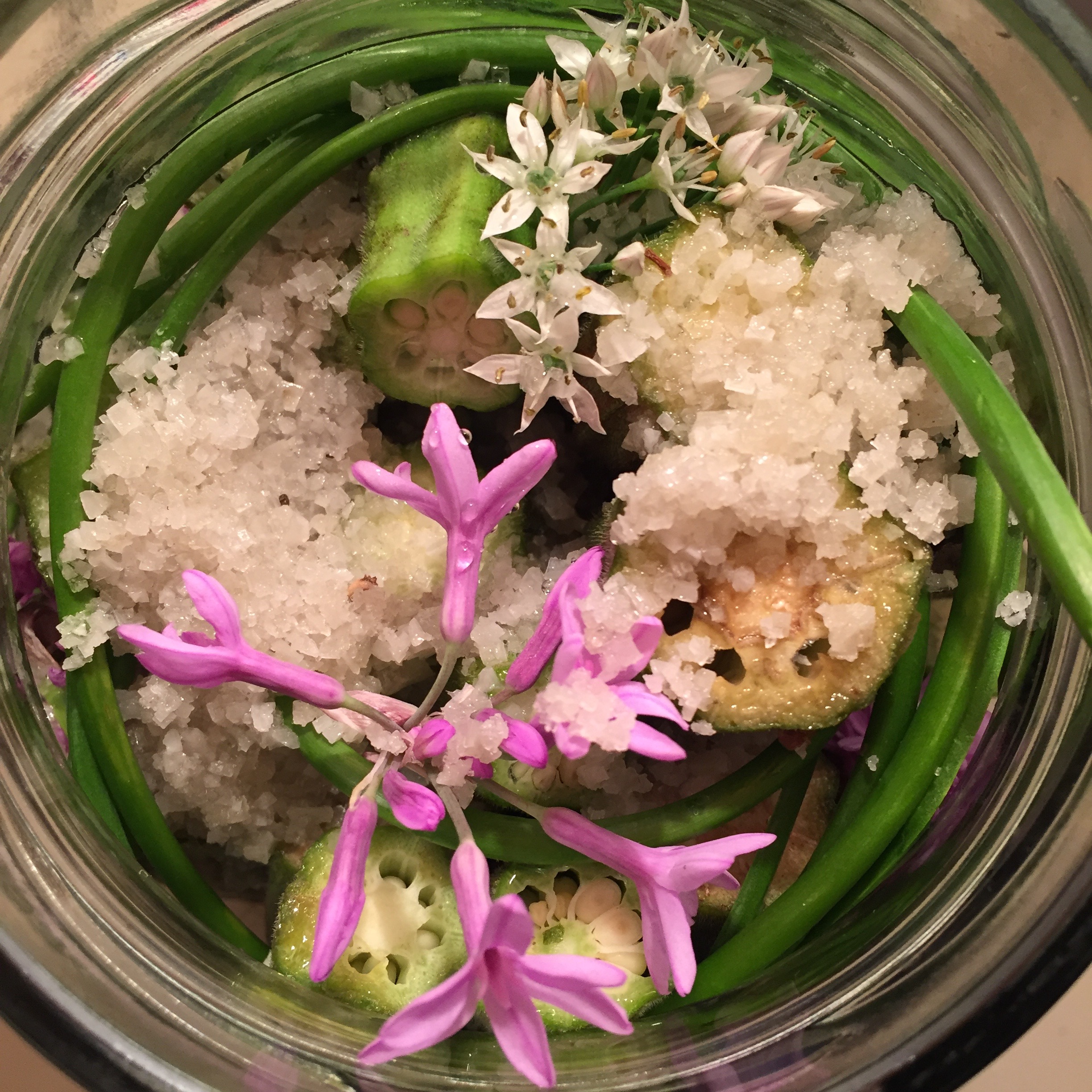 Can you elaborate on what it means to be an ecological artist?

I work as an artist based on an ecological understanding, working with both the land and the oceans. Considering everything as originating from nature, and my big hypothesis being that knowledge comes from the land. In a lot of the work that I do, a lot of the knowledge is extinct because of genocide and the traumatic history of the world. So, my curiosity is in reviving extinct knowledge. Being an artist means I am interpreting and presenting my findings in a way that doesn’t antagonise or ostracise people—this is a diplomatic skill. I use tools which I don’t buy from the store, they’re things which exist in the world, and I haven’t sought the traditional route of going to art school.

How does Nature inform your work around food sovereignty?

Nothing doesn’t come from Nature and I tend to use inclusive references when talking about Nature and natural forms – for example the phrase “All of us that Live Here”, refers to all the interwoven species working and living together. It’s embedded in the work I do; living in consultation with Nature as my fundamental guide for my work. 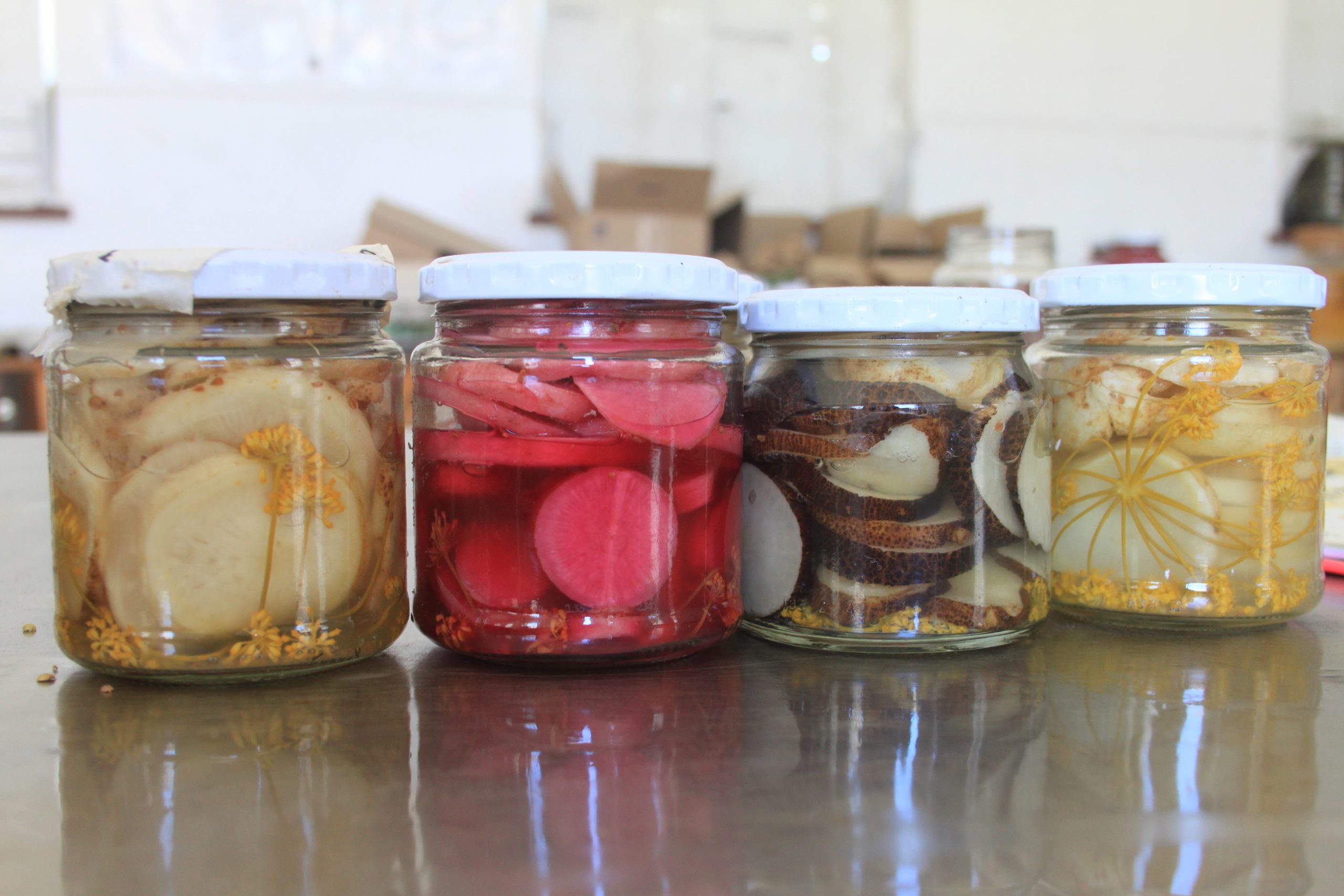 Your fermenting guidance is incredible; what drew you into this practice of working with live microbes?

It started with my working and personal relationship with farmers and fishers. One of the biggest issues is that our producers are amongst the hungriest in the nation. One of the reasons being that a lot of production is going to market, and as a by-product there is a lot of waste. The idea of staggering produce is rare – the idea is more to move the fish, or vegetables etc. as quickly as possible in order to make money. There is not a lot of preservation going on, coupled with a lack of refrigeration. So, I started looking into preservation techniques and fermentation is so cool because it allows for you to keep things for so long without the use of sugars. A lot of farmers were using preserves such as jams, jellies and chutneys, yet, these are also people struggling with hypo-tension, diabetes and cancers—so it’s about moving away from using sugars without refrigeration. Once I started doing it, it took over my world! It became so inspiring to explore the interactions of natural components, and brought me to the idea of “Gastronauts”; the exploration of our bodies and environment as an expression of living systems. I started doing a lot of ancestral work. Working with family and those I left when I was young, and fermentation offered a way to be close to them. It also is an incredible way to hyper-diversify the food that we eat. It changed my life; making me a lot healthier, easing depression and other health issues. It was also a way to work with indigenous food without the political aspect of accessibility which is so problematic. It was a safe space to work; it became my artistic practice and is now the reason why I travel the world!

I often feel as though “sustainability” is an over saturated term appropriated as a corporate marketing tool – how can we reassert the term to be true to its meaning?

I don’t even use “sustainability” any more—much like the word “Green”, it’s so overly appropriated! I wouldn’t even try, however, the word that I chose to use instead is “regenerative”. It comes from the thinking within agricultural spaces that implies that it’s not extractive, therefore, we are able to sustain through regeneration. 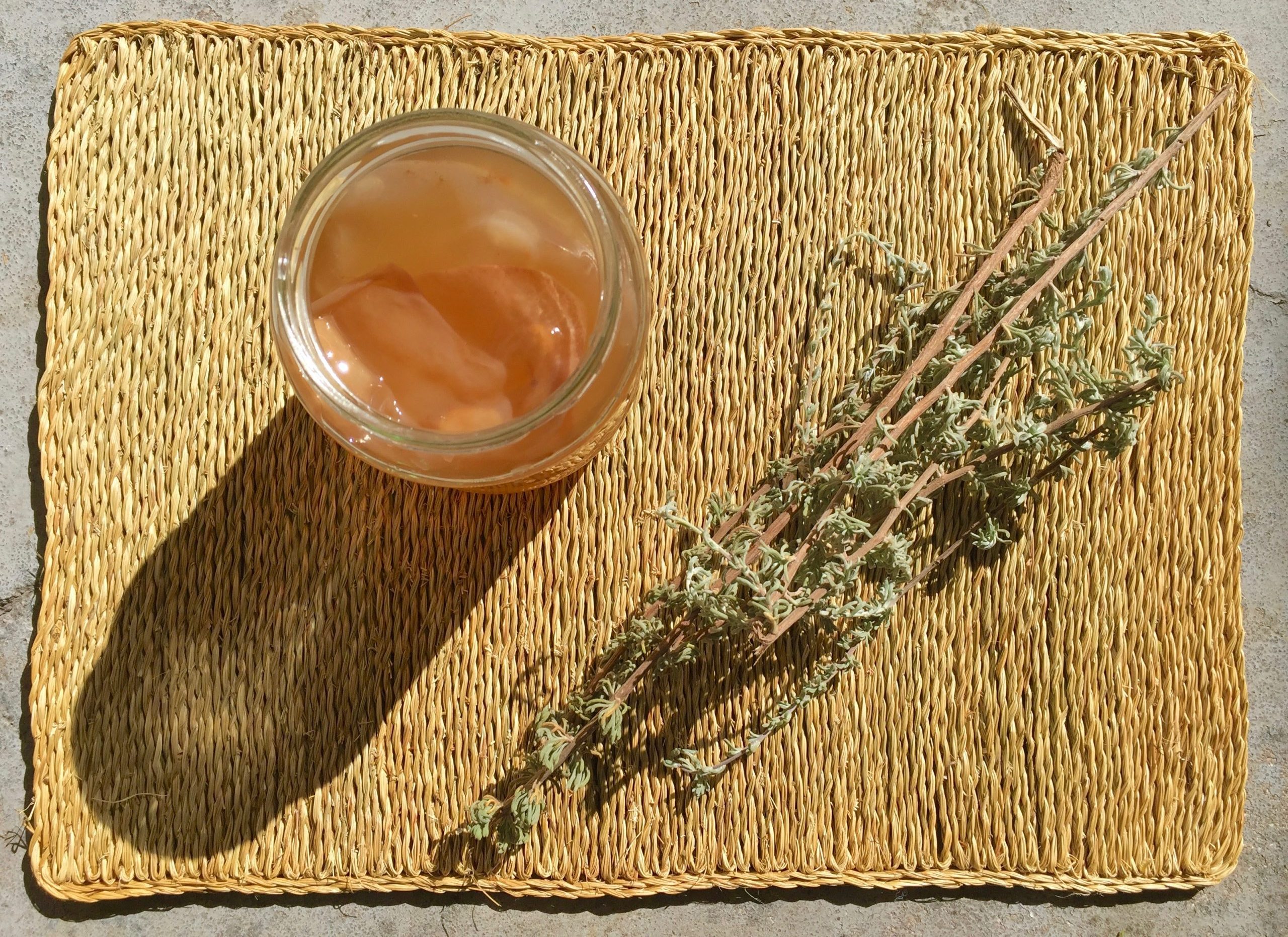 I was a huge admirer of Apocalypse Pantry, it was one of my first introductions to the idea of liberation through nourishment among so much else. How has your work and vision expanded since then?

I miss Apocalypse Pantry so much! We just couldn’t sustain it in the way we wished and I was so sad when it came down [that] I was willing to pay for it forever to have it as an archive on the internet. Apocalypse Pantry was perfect in the way that it helped me to secure my voice, before my thinking and audience was much more around organisational perspectives. The audience had always been the donors or the immediate community—I always struggled with trying to connect those in my community to the issues we were working with in more rural areas. We wanted to encourage people to be more open to the ways that neo-liberalism has entrenched itself in our culture and also make people willing to turn their attention towards advocacy for action. We wanted to connect musicians, artists, people in marketing [and] people in other professions with the work we were doing. This idea of liberation through food is everybody’s issue. I went into a deep depression after Apocalypse Pantry, so a lot of the work since then has been about self-care as a practice to work. So, with collaborations it means allowing it to be emergent without the pressure of the final result—rather surrendering to the process. I feel, that means working in a way that is about caring for the self and [is a way that] stands outside the capitalistic notions of time and so it’s been very successful. 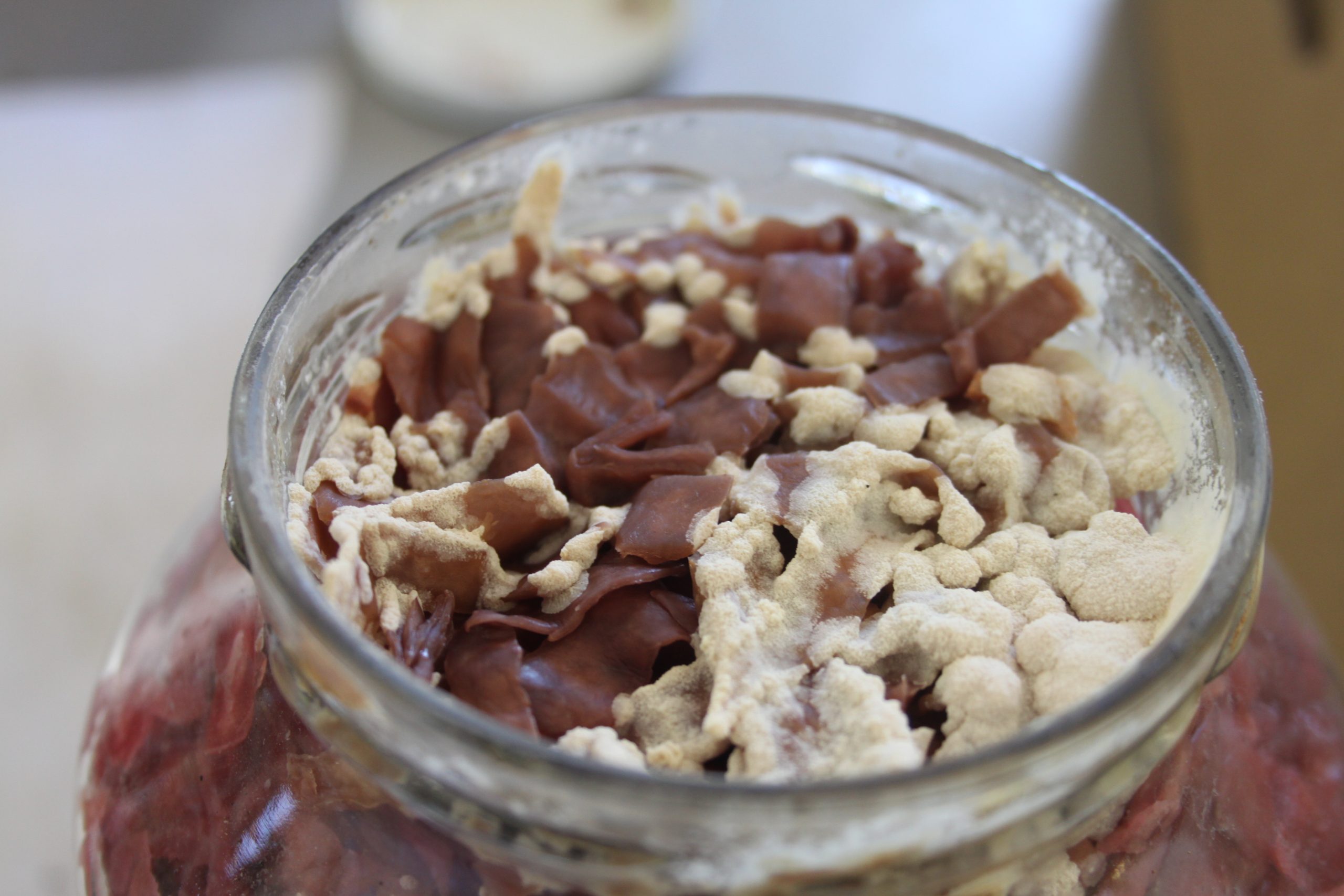 It’s also given me the freedom to embed myself as an artist, and understand that being an artist is what I have always been since I was a child. It’s given me the power of narrative to broaden throughout many different audiences. I have quietly launched Smokables although it’s in its Beta phase – it’s a nod to the times during Apocalypse Pantry where we would gather in community and share the ancestral practice of smoking various indigenous offerings. I think the vision has been concretised into simplifying things, so now I only have a few things on the go, streamlining the pathways that I’m involved with. I am doing a lot less research on food systems, working on the Smokables business and implementing Gastronautics; the idea that the exploration of food can be so full of story-telling and narrative. The Gastronaut is like a superhero who can micro-scale down to meet the microbes that we work with, can be in zero-gravity spaces in space, can get superpowers by eating foods. It’s the idea of developing narrative. I’m also doing my PHD which is on Seedbiblioteek, with my 10-year plan being to have it as a functioning biblioteek in the world with seed production. I also work with ceramics and have come to understand that it’s okay to do many things and not to be a master of one thing. 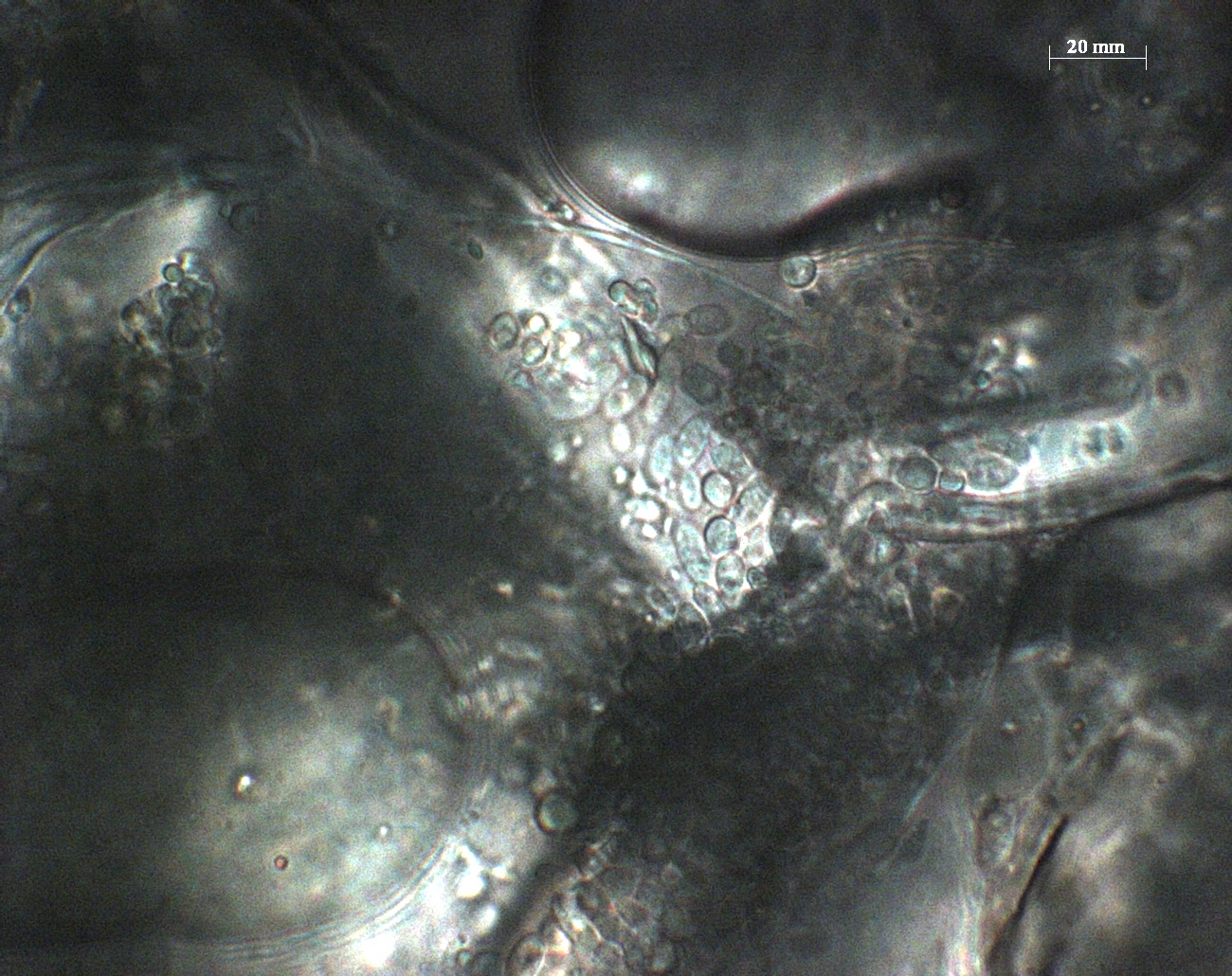 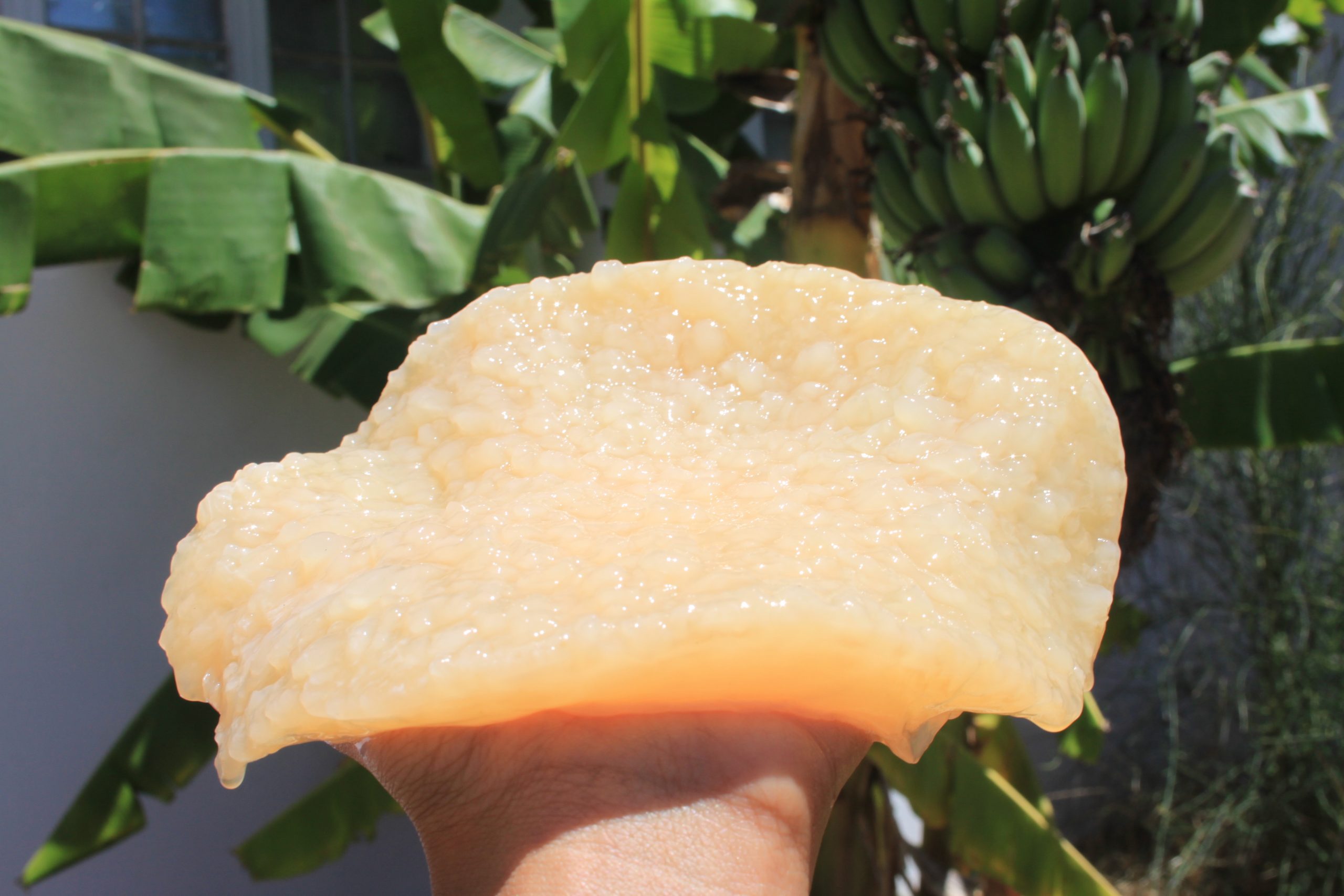 Reconciling and healing through food with Zayaan Khan