The Carters, blood diamonds and the choking hold of Black capitalism - Bubblegum Club

Yesterday the billionaires were billionairing, and in doing so, showed us more of what we already know:

Black identity and the celebration of African diasporic culture does not make inclusion in violent, imperialist extraction okay.

The Carters have *been* a menace. We’re just glad more people are peeping their faves as instrumental in maintaining the palatability of anti-Black, colonial violence.

On Monday the 23rd of August Beyoncé uploaded 3 consecutive images onto her Instagram page that sent a ripple of polarised reactions across the world amongst those who cared to be concerned. The photographs form part of Tiffany and Co.’s new campaign with Beyoncé and Jay Z officially announcing them as their new ambassadors.

The campaign, titled About Love, was conceptualized closely with the Carters and Tiffany & Co., and features Beyoncé channeling one of the brand’s original icons — Audrey Hepburn — in the accompanying campaign imagery…as she poses alongside her husband in front of a never-before-seen Jean-Michel Basquiat Tiffany-blue painting titled ‘Equals Pi’ from 1982, released from a private collection for the first time for this campaign.

Reads a Harper’s Bazaar article published the same day the photographs, shot by Mason Poole, were introduced to the public and thus to our consciousness. While the images themselves left a distinctively foul taste in my mouth, it was the invisibilised yet hauntingly present ghosts of Black people previously — and still — exploited and colonised that I couldn’t help but think and feel about when looking at them, sending an unshakable chill down my spine. 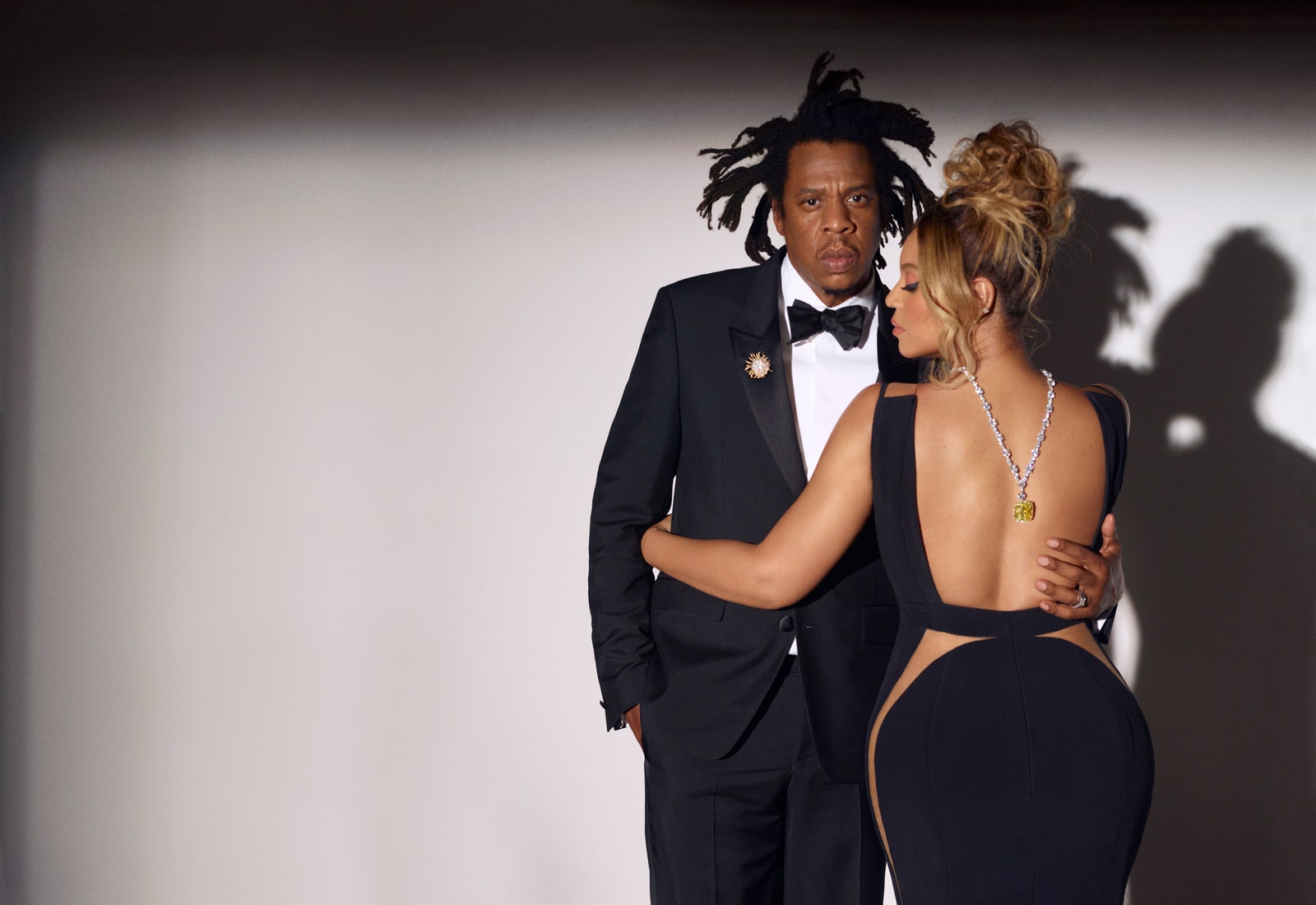 Beyoncé is the 4th individual and first Black person to wear the necklace with a diamond stolen from South Africa through colonial violence. Where the Carters are concerned, I am of the mind that they have announced to us time and time again what their ideological framework is, and with that, to whom and what they pledge their allegiance. And that is to the accumulation of vast amounts of wealth, therefore, to capitalism and by extension, whiteness.

They rapped to us all through their first album together The Carters, which could essentially be dissected as a sonic manifesto of Black Capitalism, sprinkled with Black power and love antidotes here and there. It was there when Jay Z told us:

100 million crib
3 million watch
All facts
No cap; false Nigga
You not a boss
You got a boss

It was woven through the unfair labour practice allegations leveraged at Beyoncé’s Ivy Park and its sweatshop production, and they reminded us again — lest we forget — when she sang, “My great-great-grandchildren already rich, that’s a lotta brown children on your Forbes list.”

Surely “a lotta brown children on your Forbes list” is not what we have in mind when we imagine and speak about global Black liberation and restorative justice? Surely, by now, we know that Black capitalism will never save us nor will the Black billionaire celebrities some of us love and aspire to so much? 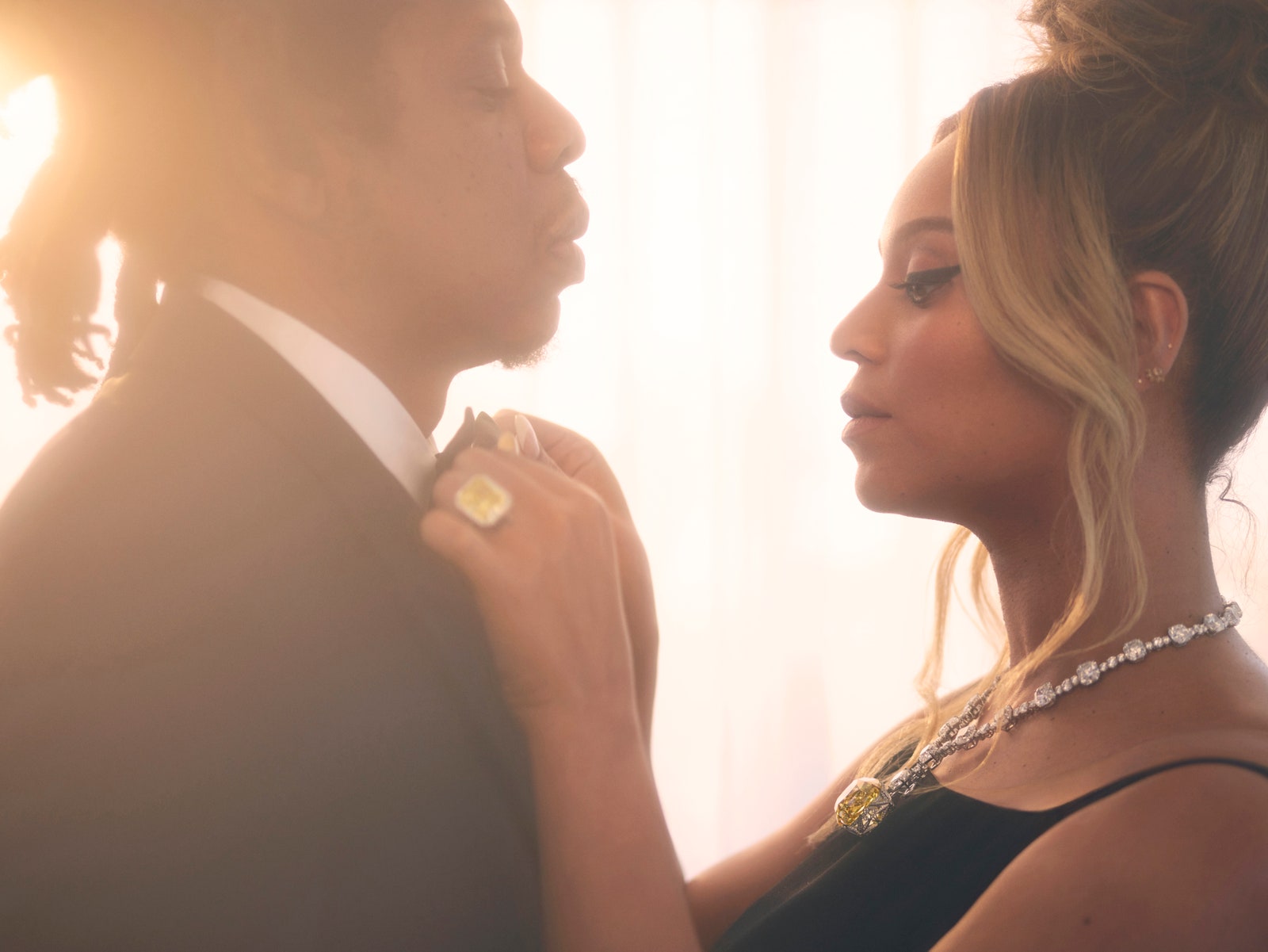 This isn’t a self-righteous soapbox — I am just as implicated in and part of the problem — however, I’ve also committed to making my life an embodied revolt against the continued objectification of my Blackness and the ontological assault(s) launched against it, in all manner of small and big ways accessible to me.

This is also not just about the Carters, as I believe they are merely emblematic of a much larger H/historical, institutional and political symptom. The bitter blood-diamond-shaped pill is made even harder to swallow given the fact that not so long ago Beyoncé released her Wakandafied Black is King, in celebration of “Africa”. All of this — illuminated by the so-called “Tiffany Blue” of Basquiat’s Equals Pi (1982), whose work and legacy has been sold out for capitalistic exploitation time and time again by his estate — turn the symbolic surface of the campaign images into complicated terrain.

Seeing the images being shared across social media by Black people living in South Africa, mostly, made me start thinking about the half-baked freedom handed to us, and how perhaps, our capping for the Black billionaires of the global north has more to say about what we are still denied; what we never possessed; our ontological inheritances? I don’t know… but surely what we do know, and what we don’t do as tweeted by Ashley Yates is “celebrate when the spoils of imperialism, slavery and child labour make its way around a Black person’s neck.”