Fashion is considered the outcome of artistic expression, yet, it is a decidedly technical discipline consistently employing the use of spatial and geometric awareness and execution. In order to attain the exceptional precision required to deliver a worthy collection; a designer’s craft lies not only in the pursuit of sartorial perfection, but also in the translation of two-dimensional ideas from flat patterns to the contoured form of the human body. Calculations are made so that shape and form make sense on paper and then onto fabric; thus designing clothing is the merging of the theoretical and practical application of problem solving. Whether it is the skill required for crafting a tailored suit, or the manipulation of fabric to create pleats in a skirt — every designer uses simple arithmetic formulas to calculate and draft patterns in accordance with measurements. What seems to be done in the pursuit of frivolity, is in fact the expression of a highly developed understanding of mathematics and furthermore, how such an understanding can be used to achieve great beauty. Designer Issey Miyake has forged a ubiquitous path as an experimental innovator merging the realms of mathematics, technology and design. Miyake originates from Hiroshima, Japan — and went on to study graphic design at the Tama Art University in Tokyo, where he graduated in 1964. After spending six years working in Paris and New York, Miyake returned to Japan to create Miyake Design House. This would be the first step towards creating a global empire synonymous with the Japanese fashion renaissance; setting the stage for other Japanese designers such as Rei Kawakubo and Yohji Yamomoto to gain global notoriety. 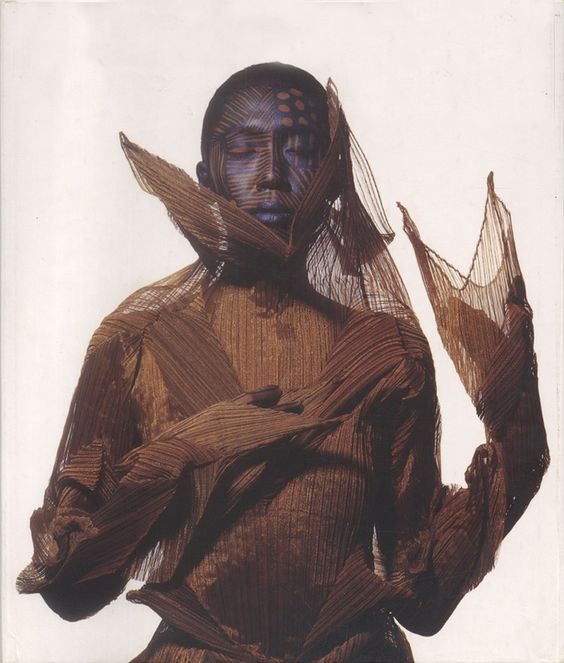 The foundation of Miyake’s creative process and approach lies in the idea of “the single piece of cloth”. This notion centres his decades-long experimental endeavour to explore the relationship between the body, the single piece of cloth and the spaces between — in which these respective elements inhabit. It is said that Miyake’s design process always begins with a study of a single piece of thread, and then the signature creation of his own fabrics. This is in contrast to many other fashion and design houses, in which out-sourcing fabrics forms a large part of the production chain. At Issey Miyake, the entire creative process is consolidated into one in house research and design project — having pioneered the use of technology as the methodology with which to design. This idea of the “single piece of cloth” is so integrated into the house’s DNA, that in 1998 Miyake collaborated with Dai Fujiwara to create A-POC; A Piece of Cloth. A-POC merges the idea of computer engineering — a mathematical discipline with fashion design — in which pieces of thread are given computerised mathematical instructions. Therefore initiating a process that results in a fully finished and fabricated garment based off of mathematical principles, known as “computer-controlled warp knitting’’. Dai Fujiwara is an integral part of the Issey Miyake legacy. As the creative director of the brand, one of his most notable contributions to the mathematical legacy of Issey Miyake is his collaboration with mathematician William Thurston from Cornell University in New York City. 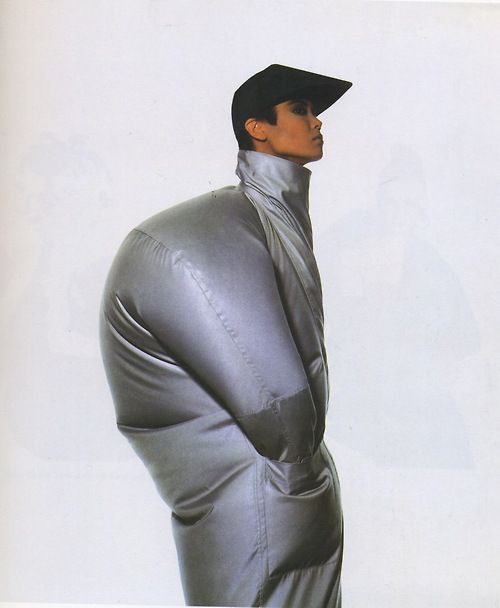 For the Autumn/Winter collection of 2010, Fujiwara and his team showed their interpretation of Thurston’s geometric model conjectures in a collection titled 8 Geometry Link Models as Metaphor of the Universe. Their relationship had developed a year earlier in 2009 through a mutual affection for the translation of two-dimensional shapes into three-dimensional objects — and the collection served as a homage to Thurston’s tireless contribution to geometric topology. However, it also served as a recognition for the inherent presence of mathematical influence over considered design. Upon showing the collection in Paris, Dai Fujiwara is noted to have explicitly stated that “We used the technology of mathematics to make art’’. Another notable expression of mathematics within the Issey Miyake legacy is the 132.5 collection. This collection, from 2010, was the house’s take on the mathematical art form of Origami — with an element of regeneration through the use of recycled textiles. Miyake was inspired by the work of computer scientist Jun Mitani, who’s work includes making smoothly curved surfaces by folding flat materials. The collection was made possible with Reality Lab, a division of the Issey Miyake brand, a space devoted to nurturing the work of designers and engineers dedicated to interrogating the link between mathematics and fashion design. “The name 132.5 collection has its own meaning; 1 refers to a single piece of cloth. 3 refers to its three-dimensional shape. 2 comes from the fact that a 3D piece of material is folded into a two-dimensional shape, and 5 signifies our hope that this idea will have many other permutations,’’ Issey Miyake. 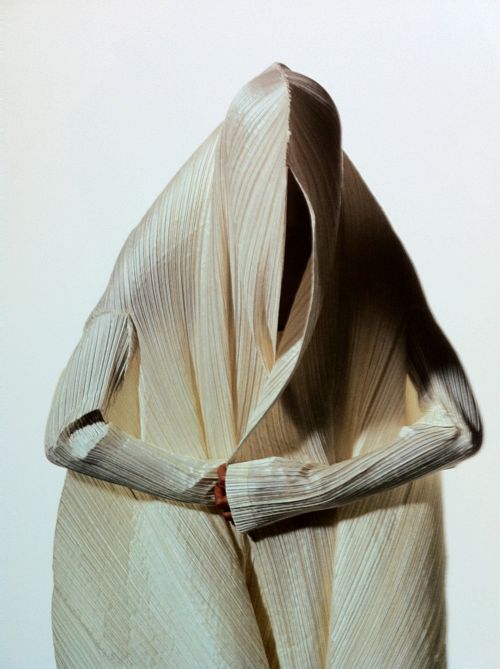 Yoshiyuki Miyamae was appointed the head designer of womenswear for Issey Miyake in 2011. Having worked at the brand for 10 years, Miyamae was well versed in the visionary manner so instrumental to the world of creativity within Issey Miyake. In true alignment with those before him at the helm of direction, Miyamae conceptualized the 3-D Stretch Steam; an innovative technological advancement in folding fabric using steam in order to create an Origami style texture. Computer software is used to calculate the precise composition of varying cotton and polyester weaves as a means to determine the exact steam required to manipulate the fabric into delicate, fractal-like folds. Fundamental to the efficacy of this project is the tireless commitment toward utilising technology, which is mathematical in origin, towards useful outcomes for design. It is another instance that shows the intrinsic value that Issey Miyake places upon mathematical and technological tools as a means to enhance 21st century living. While simple arithmetic and geometric bases form the origin of designing garments, Issey Miyake continues to elevate these core principles to new heights. In creating a dynamic global company, his vision is able to be carried through to a myriad of realms in clothing, interiors, perfumes and product design — all underpinned by varying expressions of a deeply curious and ingenious interpretation of mathematics and its influence over design. This relentless driver for interpreting the physical reality carries its own signature, made palpable through his mentorship of an amazing lineage of designers, engineers and developers who continue to innovate alongside Miyake. 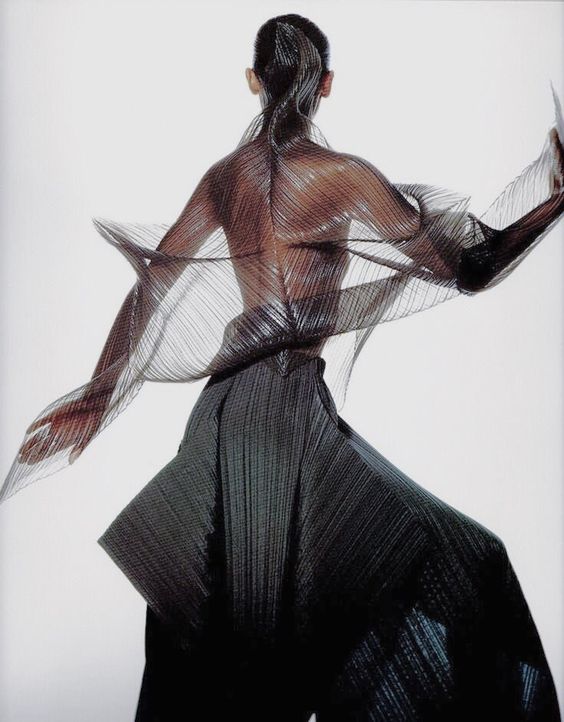 At 82 years old, he is still an intrinsic voice and visionary within the brand, and in an age where industries such as fashion have becoming increasingly blinded by excessive profits and exploitation — one can truly sense the authenticity and tradition so integrally woven within Issey Miyake’s world. And while inorganic methods of translating a world of design is so ingrained in Miyake, there lies another aspect to his work; the irreverence of the most natural things — most succinctly described himself in the following statement:

I have always been interested in conducting research that yielded new methods by which to make cloth, and in developing new materials that combine craftsmanship and new technology. But the most important thing for me is to show that, ultimately, technology is not the most important tool; it is our brains, our thoughts, our hands, our bodies, which express the most essential things.

This is the stunning legacy of the eloquence with which the language of mathematics communicates itself through the world of art; as it blurs the boundaries between science and mathematics being considered directly oppositional to the arts and humanities. They are, in fact, directly proportionate to each other — as incredibly complimentary devices through which to understand the world in which we live. Within each discipline of the human expression lies an array of “left’’ and ‘’right’’ brained iterations. The emergence of the rational with its poetic counterparts as all things exist in qualitative relation to each other; fashion and mathematics being no exception. 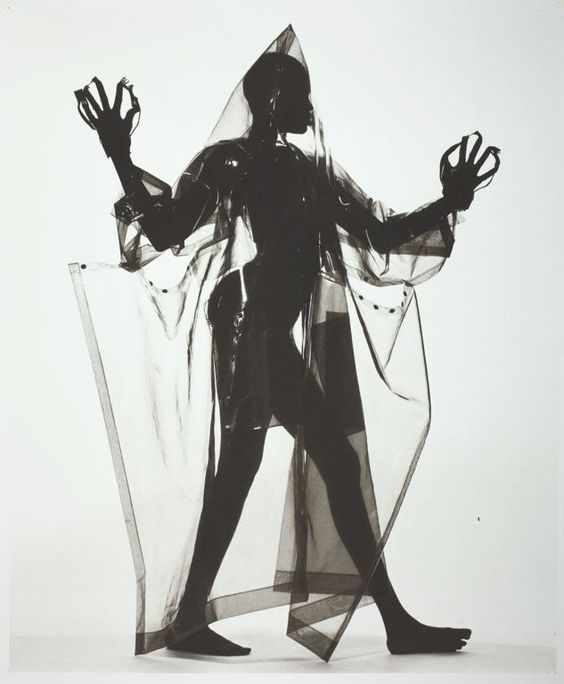