The virtual stage was set – ‘Decentraland’ being the destination for the world’s first-ever fashion week in the Metaverse – an admirable feat for the world of fashion.

However, the introduction of a completely virtual universe, which “technically” does have the ability to incubate one of Fashion’s most sought after weeks, has created a left-wing and right-wing debate when it comes to the topic of its relevance.

It somewhat feels as if we have descended upon the same days of absolute augmented reality which popular Netflix shows like Black Mirror predicted.

With the deftly and untimely impact of coronavirus on the global fashion industry, it isn’t surprising that we have managed to transcend into a fully digital version of Fashion Week – one which boasted a roster of luxury giants including the likes of Dolce & Gabbana and Estée Lauder, as well as the largest fashion media conglomerate in the world, Vogue, as the events main media sponsor.

It is integral to also note that certain fashion luxury powerhouses, such as Gucci and Ralph Lauren, opted to stay unaffiliated with the event; an extremely puzzling move from Gucci considering their CEO, Marco Bizzari, recently told Vogue Business that, “the metaverse is already a very real place for us”, whilst further divulging an in depth robust strategy which signals their intent on a long-term investment in virtual worlds and digital clothing.

Yet, after reading this quote, I couldn’t shake the feeling that we were collectively asking the wrong questions surrounding this conjured intertwined universe of fashion and the metaverse. 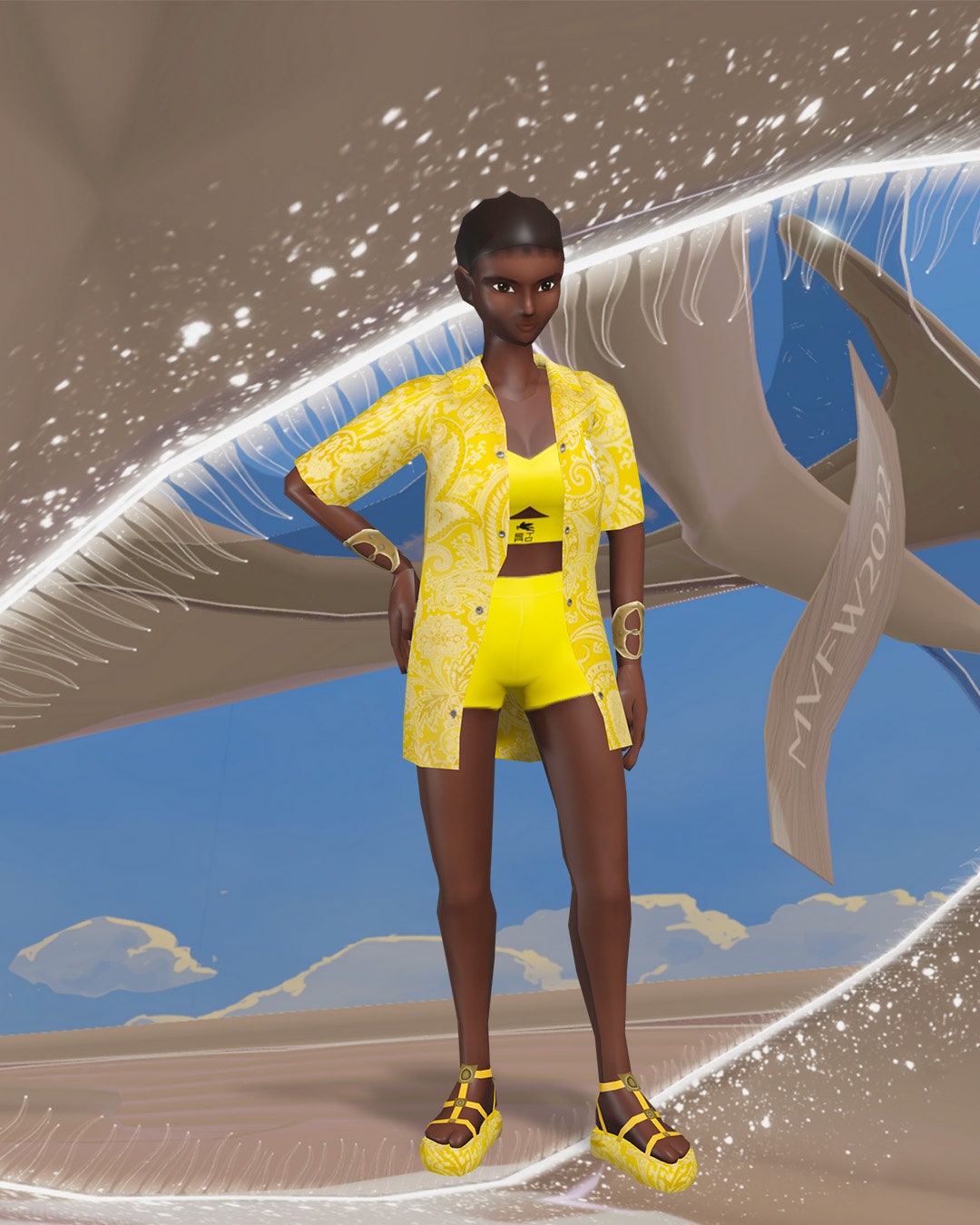 Larger luxury conglomerates such as Kering — which owns Gucci — previously expressed that they had fully bought into the metaverse but yet refused to take part in the first ever global MVFW – why? I believe the answer lies within the nascent formation of the fashion industry within the metaverse and the lingering presence of its stoic urge for fragmentation primarily driven by capitalism.

Basically, I believe that many larger luxury fashion houses and conglomerates would prefer utilising their own internal virtual/ augmented reality platforms and invest within the metaverse on their individual terms – and not necessarily on a monopolised shared platform such as Decentralised.

Do I blame them though? Certainly not. And the mass feedback provided by those users who managed to attend MVFW through this digital platform seems to agree with this notion.

According to feedback from other attendees, the graphics were rudimentary compared to previous digital fashion events, such as the Fabric of Reality show in 2020 or Gucci’s Roblox garden in 2021, and the experience was often compromised by glitches, including massive delays or events turning into black screens of code, that made it challenging at times to experience planned events. It was also hard to visualise turnout, as when Decentraland gets crowded, it automatically places visitors in multiple different realms.

Personally, I feel as if the graphics weren’t necessarily “rudimentary” but weren’t as developed as I had expected them to be.

Watching recorded footage from several participants of Decentraland on Youtube, the graphics and user experience did not seem a level above your generic PlayStation 3 console UX, with several key limitations such as customising your avatar, body structures etc. and programme glitches which left users displaced over different locations within the metaverse.

Playing devil’s advocate in this scenario, all of the above mentioned issues cannot necessarily be placed on Decentraland, as fashion industry expert Vedel told Vogue, “Newcomers who are attending on desktops with limited hardware could feel slightly deflated by the look of the world.Jerky graphics that look like something out of Second Life — have we progressed much since 2015?”

Supporting this view was Jason Rosenstein, CEO of NFT auction house, Portion, who cited everyday computers and Wi-Fi as the core issue, as they aren’t powerful enough for high-fidelity experiences. “They put us back 25 years in terms of resolution,” says Rosenstein. 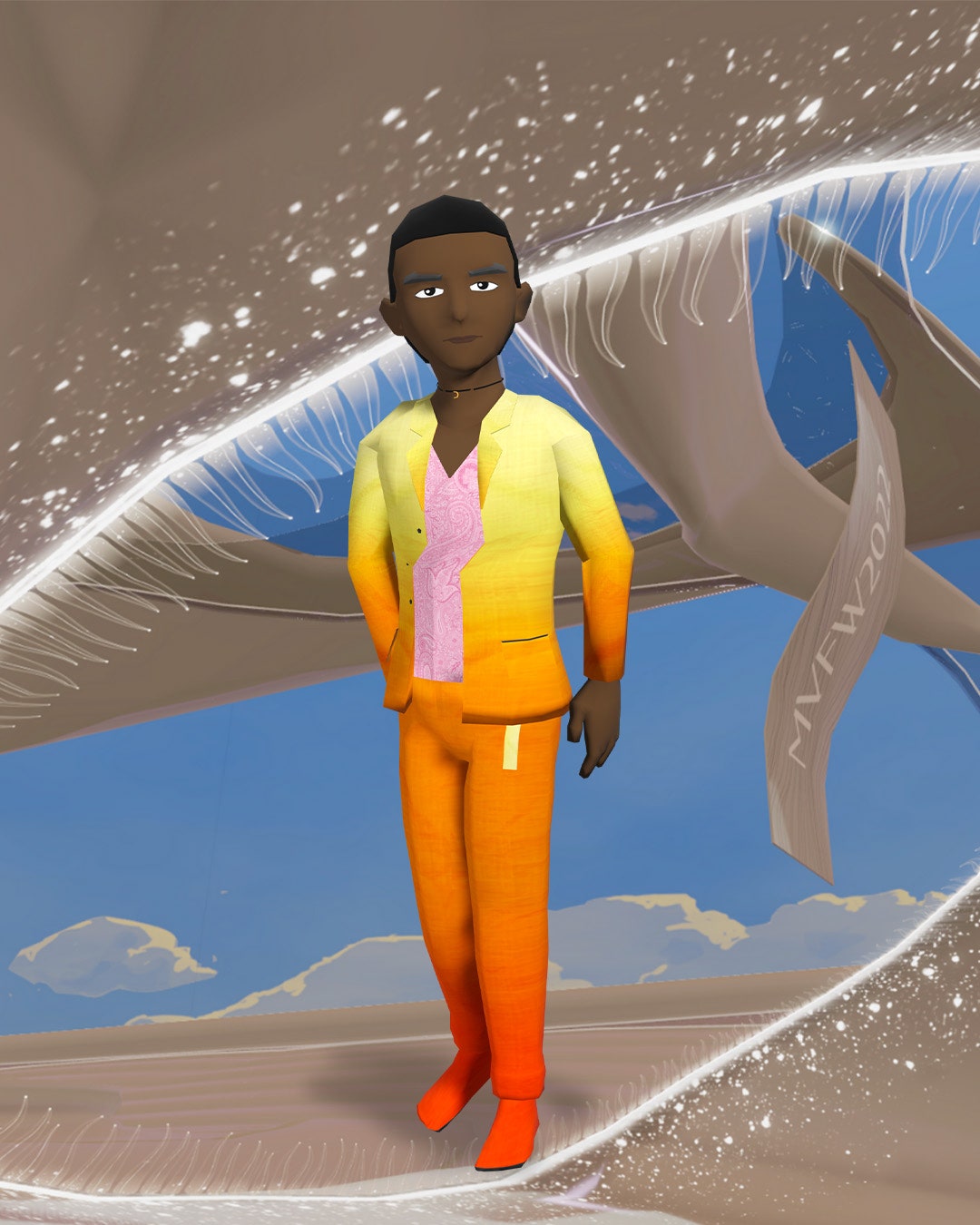 Whether whose fault the glitchy subpar user experience on Decentraland was, there were still exhilarating experiences received on the virtual platform, such as front row experiences at Tommy Hilfiger collections, Phillip Plein showcasing a collection as well as a DJ set afterwards, touring empty DKNY retail stores, watching Grimes’ surprise closing performance for fashion week, and so much more.

There is insurmountable value which comes from having unique digital platforms such as these within today’s augmented ecology – ones which shy away from the use of traditional forms of money and conventional ways of bartering; such as using NFTs as purchasing vehicles in Decentraland.

Whichever opinion you are supporting within this fashion-metaverse debacle, right wing or left wing, optimist or pessimist; we all need to remember that this is still a nascent concept – the first of its kind – and I find this quote from Alex Lambert an extremely apt summary of the entire debate, “It’s about moving towards a point where we can bring virtual elements into the real world. Once you’re able to buy a virtual Chanel jacket and then wear that item in the real world, that’s when things will really start to change.” 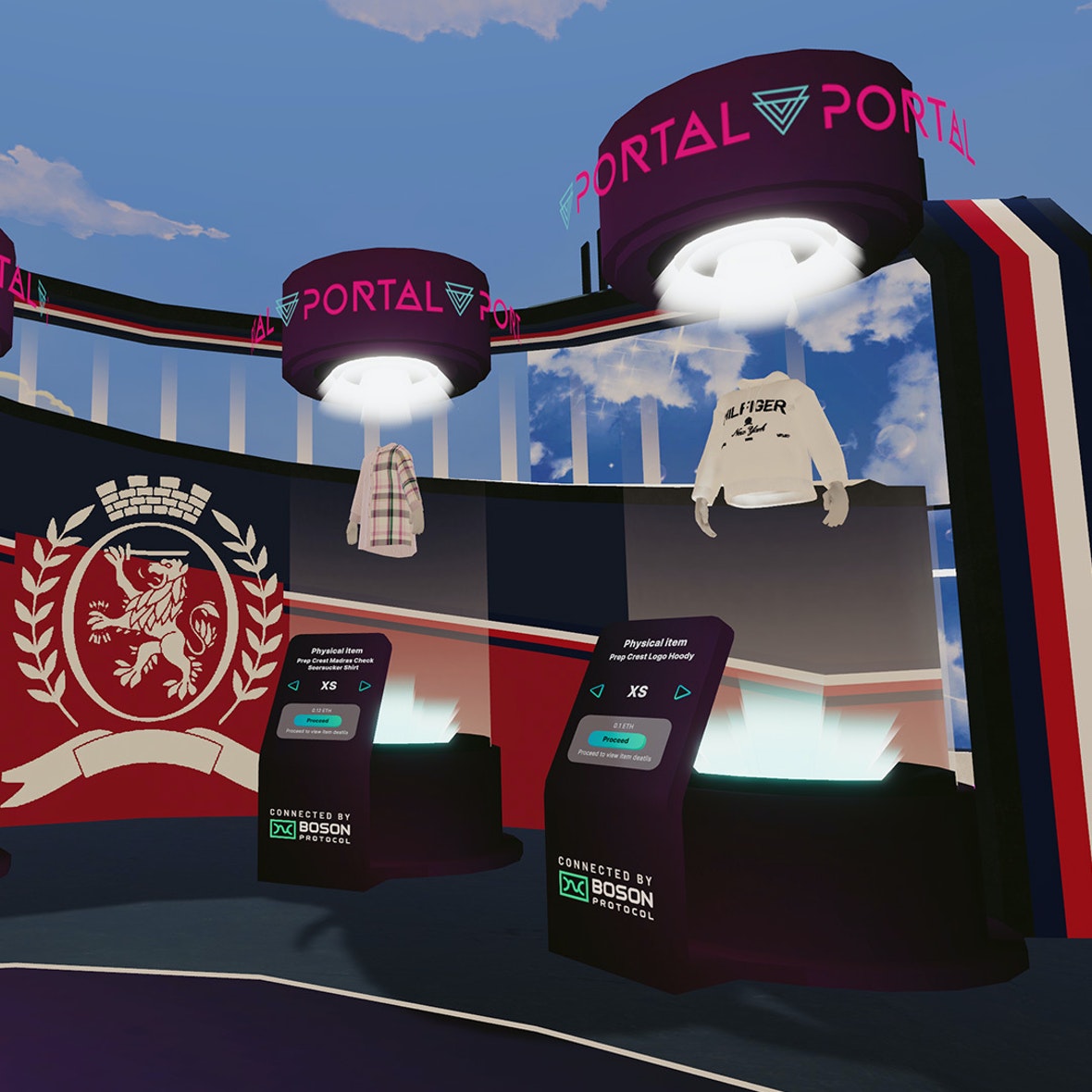 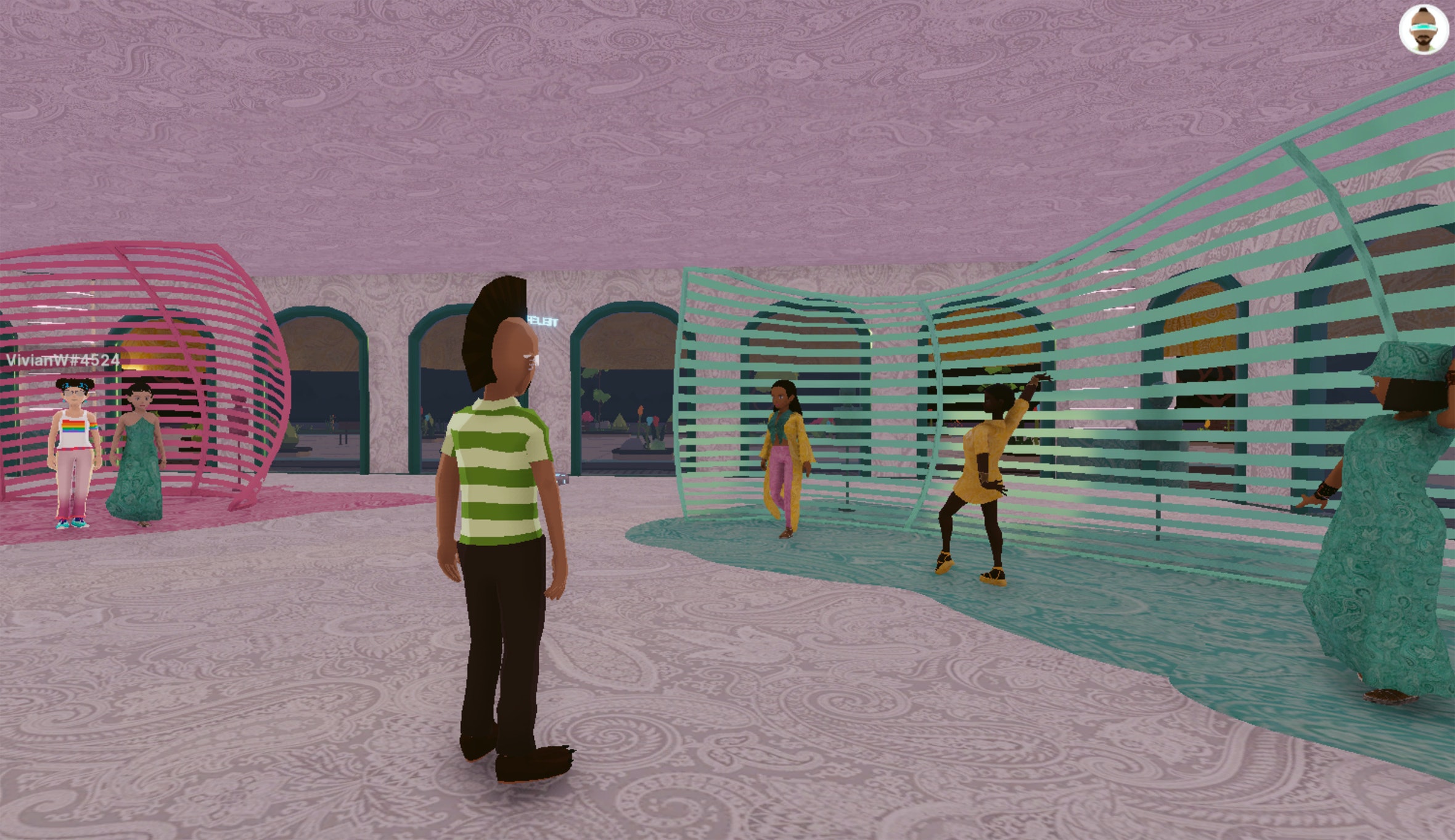 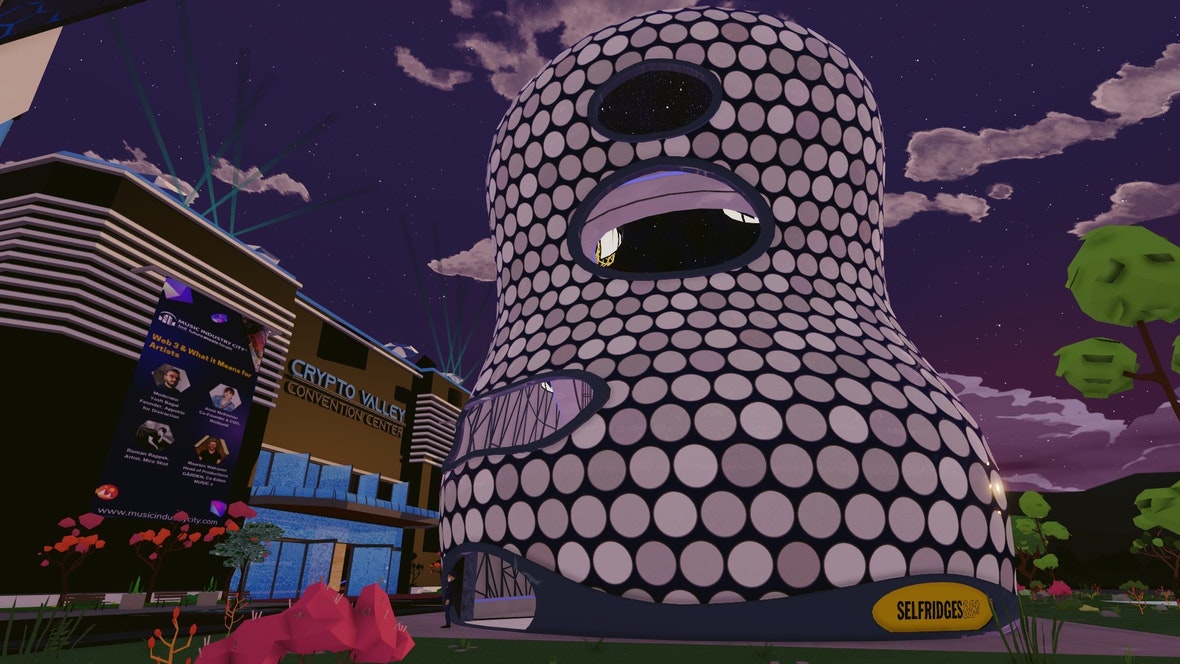