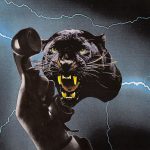 Albany Lore might just be showing his age by naming his latest release ‘Payphone’. Nobody under the age of 30 knows that if you wanted to have a phone call in a place other than your lounge, we used to have to use our pocket money to make private phone calls on public payphones. A few of these relics of the past still stand, even fewer actually work. Kids these days are given cellphones instead of phone cards and more 5-year-olds know how to use an iPad than how to call collect.

What I’m saying is: it’s a different time. That doesn’t seem to matter to Albany Lore as he makes music that is timeless. ‘Payphone’ is the kind of jam you’ll groove to on your ace for months, thinking you’re a unique snowflake with impeccable taste, only to find out that it’s a radio hit when you hear your gran singing it in the kitchen.

The song feels like it takes the best bits from popular genres of the last 60 years and melds them into some sort of super-pop instant classic. That 80’s sax sound is something that crosses generations and the groove of the bass and keys together conjure up images of smokey jazz bars across the decades. The guitar subtly fills in where it needs to and closes out the song in a way that makes me think Tame Impala fans would dig it, even though I’ve never actually intentionally listened to a Tame Impala song.

‘Payphone’ is the first single off Albany Lore’s upcoming EP titled As you were, groove., which I suspect shall be suitably groovy. Thor Rixon co-wrote and produced ‘Payphone’ and hopefully he has a few more touches on the EP. The 2 of them just get each other and make some truly groovy music together.

According to the press release, ‘Payphone’ is “an ode to love in our current paradox of communication addiction and paranoia concerning data privacy; suspicious of how efficiently the ever-evolving algorithms are providing us with the illusion of free will. This theme is at the centre of the video and filters into the rest of the EP too.”

Personally, I think the video is almost an excuse for Matt to show off his dance moves, but I can see how those themes carry through. The track also references Colin Farell’s early-2000s thriller, Phonebooth, although he comes across more like Ryan Gosling in La La Land. That dorky kinda cool swagger, ya know?

Everything about Dua Saleh’s 'Nūr' EP is Power